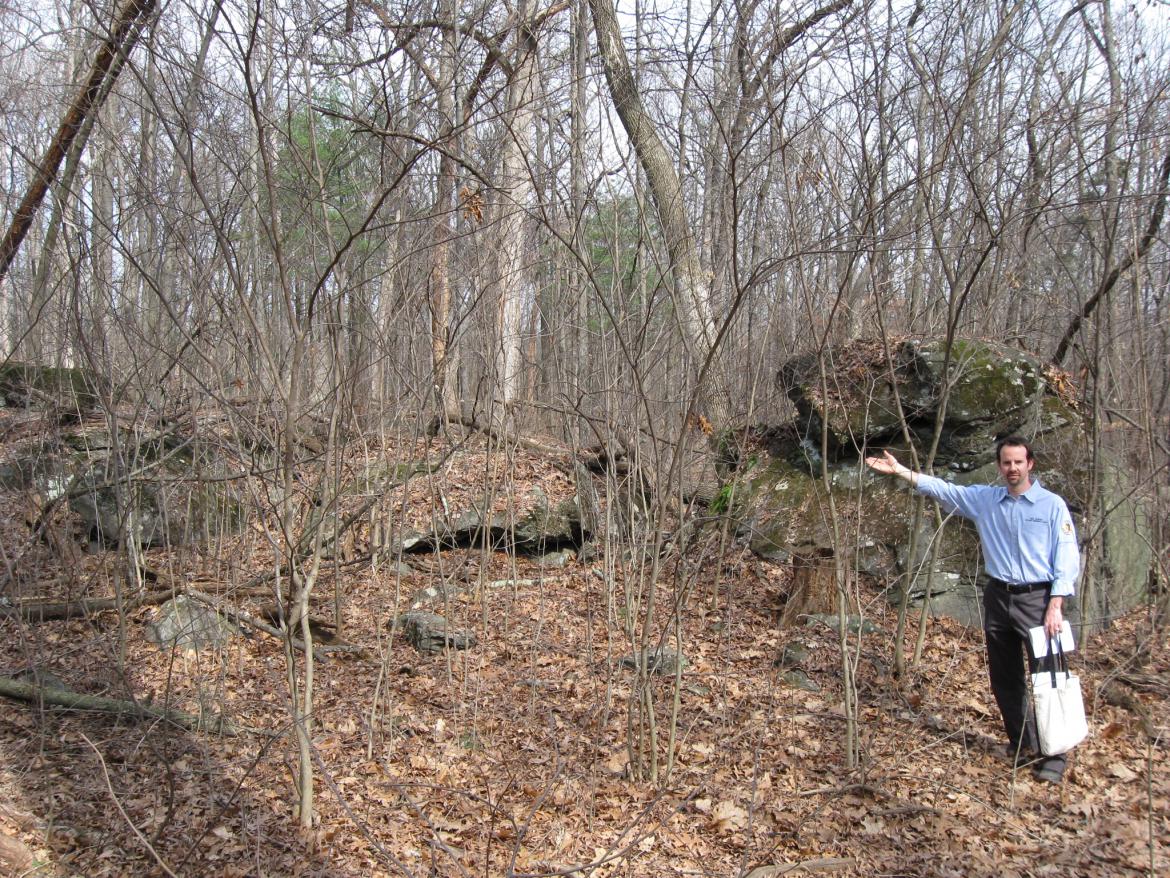 Gettysburg Licensed Battlefield Guide, and Vice President of the Center for Civil War Photography,
Garry Adelman, along with Barry Martin and Tom Danninger (not shown in this view) created the CD, The Gettysburg Park Commission Photos: Then & Now. Garry is on the south side of Little Round Top in the area where the 15th Alabama was battling the 20th Maine on July 2, 1863. This view was taken facing northeast at approximately 2:45 PM on Sunday, March 21, 2010.

View #2: Itinerary Tablets, Army of the Potomac, In Front of East Cemetery Hill. This view This view was taken facing north in 1902.

As with the fence and guard chain, the itinerary tablets were removed long ago. In August, 2008 they were placed in a position to the left of this view (the north side of the stone wall) and facing towards the Baltimore Pike. This modern view of the previous photograph was taken facing north in November, 2004.

View #3 Entrance to East Cemetery Hill Showing General Hancock’s Statue and Walk. Note the tracks of the Gettysburg Electric Railway, popularly known as “the Trolley,” in the foreground. This view was taken facing east in 1897. 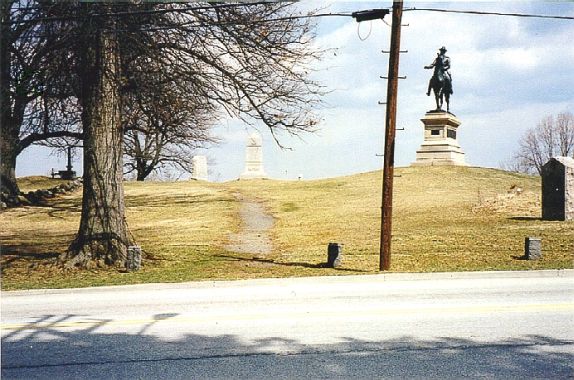 This modern view of the previous photograph was taken facing east in November 2004. 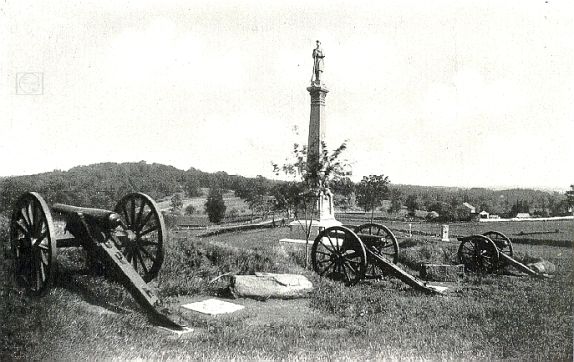 Culp’s Hill and Steven’s Knoll are visible in the left distance. This modern view of the previous photograph was taken facing southeast in November 2004.