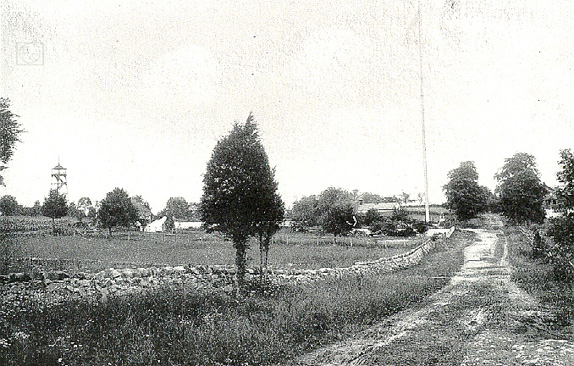 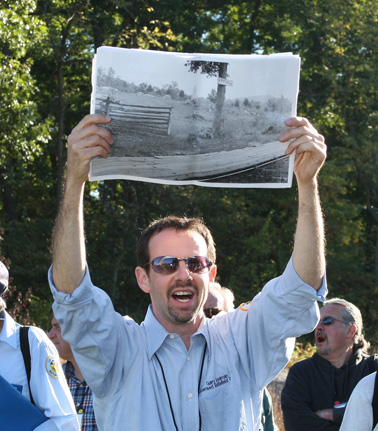 Gettysburg Licensed Battlefield Guide, and Vice President of the Center for Civil War Photography, Garry Adelman, talking about the Trolley near the Wheatfield at the 2010 Image of War Seminar, October 2, 2010 in Gettysburg. Photo by Norwood Smith. With Barry Martin and Tom Danninger, Garry created the CD, The Gettysburg Park Commission Photos: Then & Now. This view was taken on October 2, 2010.

In today’s Gettysburg Then and Now post, Garry Adelman, Barry Martin, and Tom Danninger show photographs taken in the area of Meade’s Headquarters. 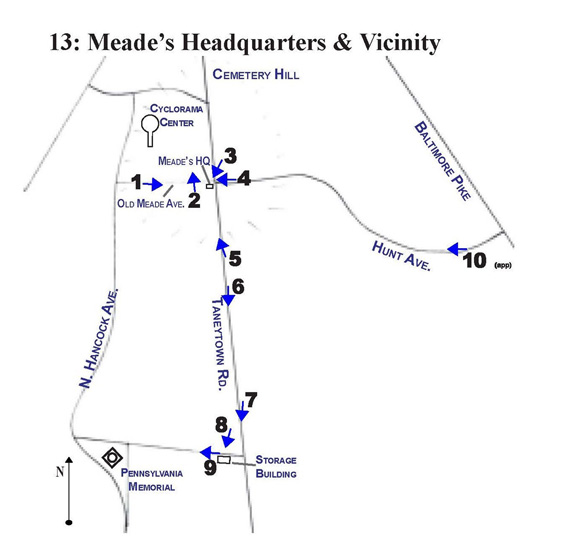 This map, from the Gettysburg Park Commission Photos Then and Now CD, shows us the locations for the Then and Now photographs. In today’s post we show photographs taken around the vicinity of Meade’s Headquarters. 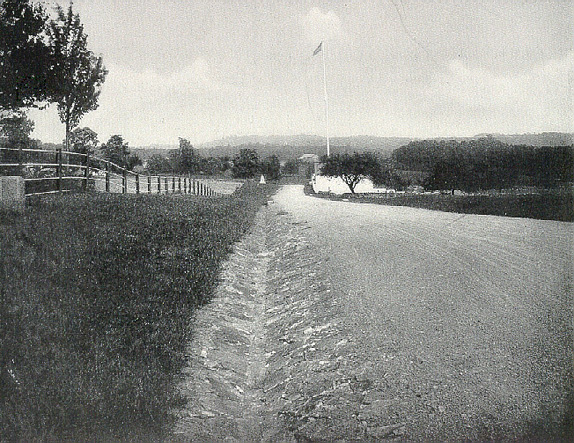 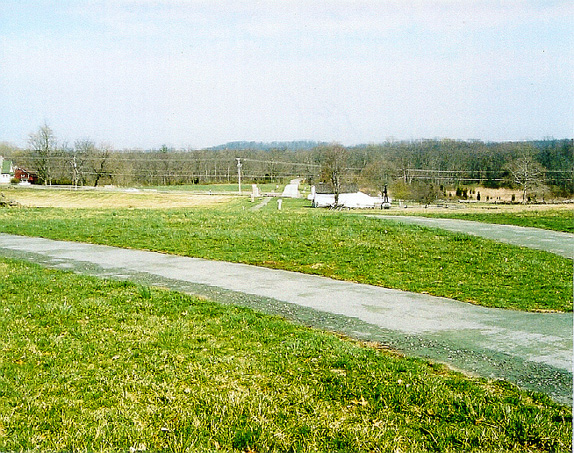 Meade Ave, which connected Hancock Ave with the Taneytown Road, was removed long ago. Looking east, the Leister farm (Gen Meade’s Hdqts), can be seen in the distance. This modern view of the previous photograph was taken in 2006. 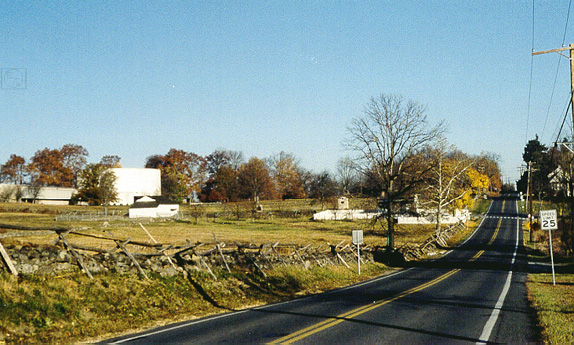 View looks north on the Taneytown Road. Note the tall flagpole that once adorned Gen Meade’s Hdqts at the Leister farm. This modern view of the previous photograph was taken in 2001.