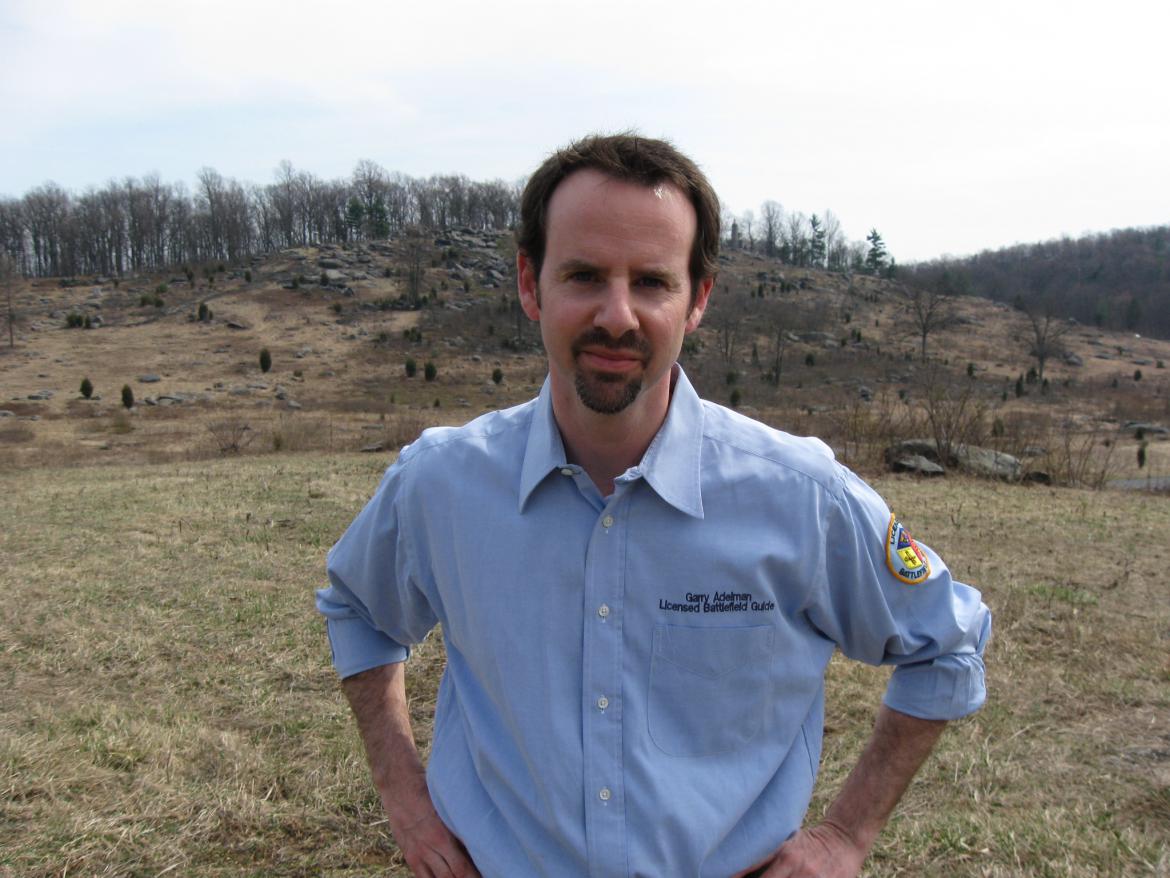 Gettysburg Licensed Battlefield Guide, and Vice President of the Center for Civil War Photography,
Garry Adelman is the author of numerous Gettysburg books, articles, and other media. Along with Tom Danninger and Barry Martin, he co-created the CD, The Gettysburg Park Commission Photos: Then & Now. For eight years, Garry has worked full time as a senior historian at History Associates in Rockville, Maryland. In April 2010, Garry will become the Civil War Preservation Trustâ€™s full time Director of History and Education. This view was taken facing southeast at approximately 2:00 PM on Sunday, March 21, 2010.

Gettysburg Licensed Battlefield Guide Garry Adelman, along with colleagues Tom Danninger and Barry Martin, systematically located the camera positions of the 237 photographs included in the Annual Reports of the Gettysburg National Military Park Commission, 1893-1904. The trio arranged the photos into seventeen sections and present the images in a â€œthen & nowâ€ format along with a history of the project and the Park Commission on their CD, The Gettysburg Park Commission Photos: Then & Now. We now begin a series with a sampling from each of the seventeen sections.

The Gettysburg National Park Commission (GNPC) issued annual reports from its creation in 1893 until stewardship was transferred to the National Park Service in 1933. The reports, issued each November, covering that year through October, outlined the work of the GNPC for that year. Reports from 1893-1904 were bound into one volume with the photographs that accompanied each report (a practice started with the 1895 report) printed en masse after the text. Together, these images provide a comprehensive view of the battlefield and the Commissionâ€™s work available nowhere else. Comparing the images to the same sites today speaks to the important issues of preservation, commercialization, monumentation, and the growth of the GNMP. Itâ€™s also simply “cool” to look at then & now photos! 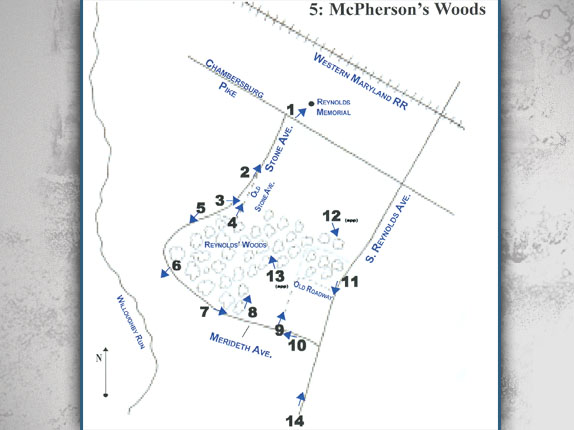 This map, from the Gettysburg Park Commission Photos Then and Now CD, shows us the locations for the Then and Now photographs. We are not showing all of the photographs to you, only a sampling. Today we are showing you #2 taken on Stone Avenue, #4 taken on Stone Avenue near the statue to John Burns, and #9 showing the old avenue in Reynolds’ Woods. 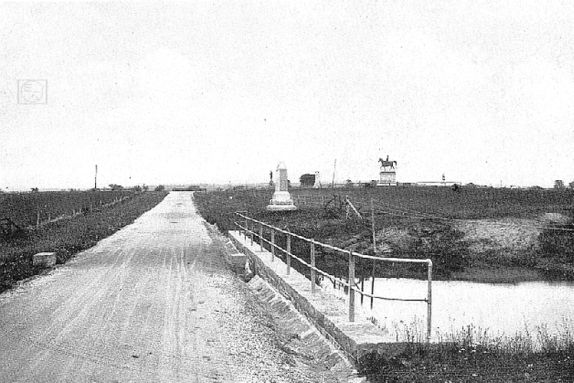 View #2: Retaining wall and gutter on Stone Avenue. The small pond at right – even smaller today – was photographed by Mathew Brady’s crew two weeks after the battle. This view is looking towards the Chambersburg Pike. This view was taken facing northeast in 1904. 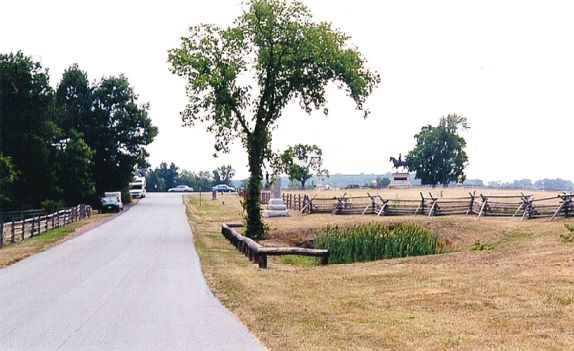 The modern view of the previous photograph was taken facing northeast in August, 2001. 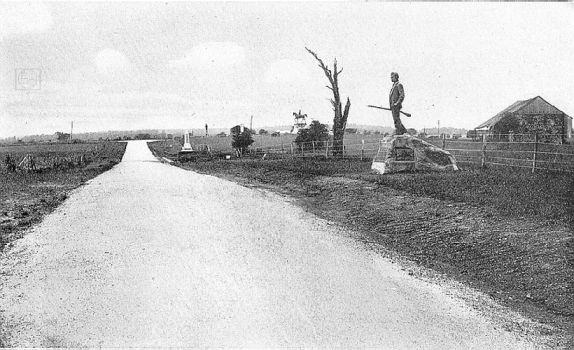 View #4: Stone Avenue from Reynolds Grove/Woods. Like most of the GNPC-era roads with sharp turns, Stone Avenue was rerouted for a gentler curve. John Burns’ monument was moved to be closer to the new roadway. The place where the monument used to sit is still visible on the east side of the modern fence. Note the McPherson barn at right. This view was taken facing northeast in 1903. 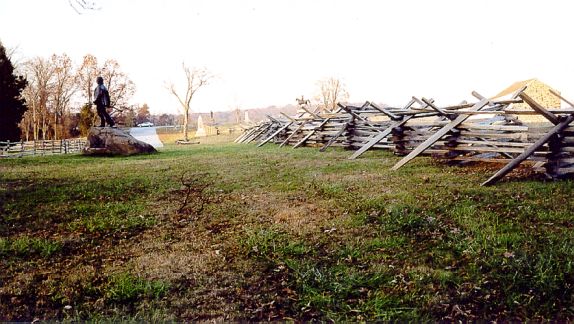 The modern view of the previous photograph was taken facing northeast in November, 2004. 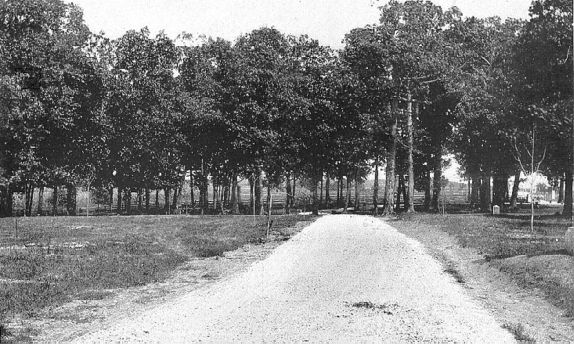 View #9: Piked roadway through Reynolds’ Grove/Woods. The path of the old piked roadway can still be traced at certain times of the year. This view was taken facing northeast in 1899. 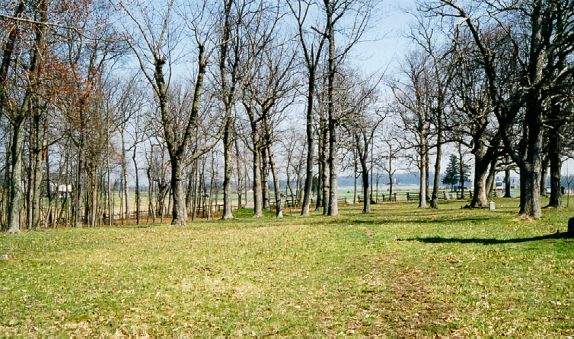 Note the McPherson Barn visible through the trees in the left background. The modern view of the previous photograph was taken facing northeast in April, 2003. 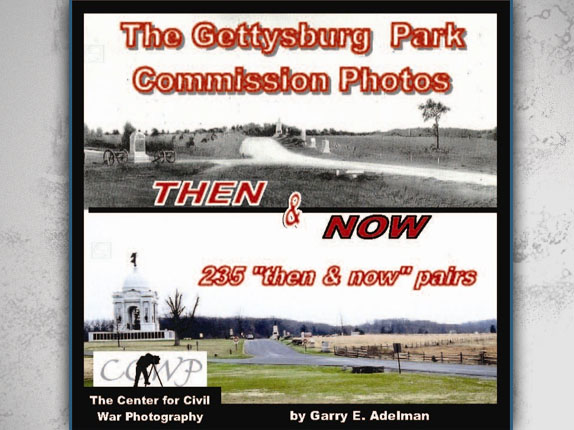