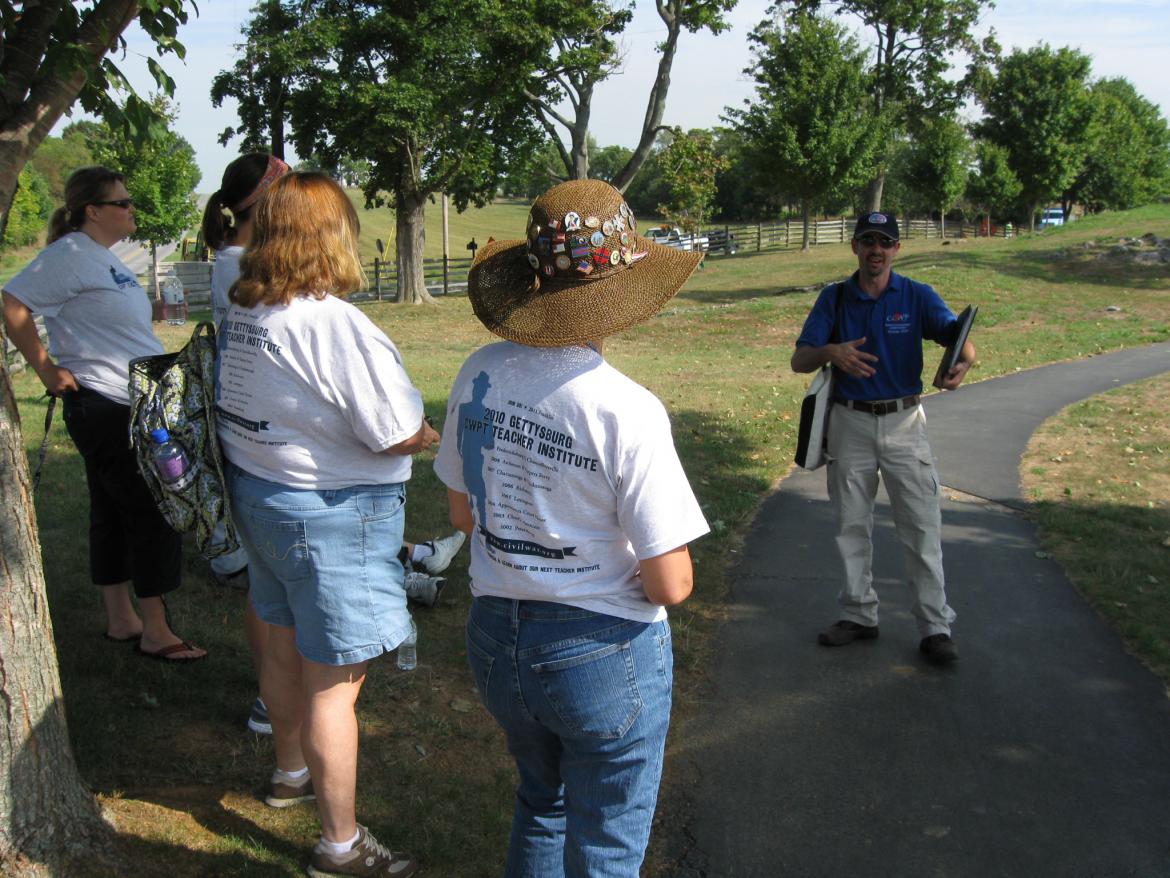 Gettysburg Licensed Battlefield Guide, and Vice President of the Center for Civil War Photography, Garry Adelman, is at Antietam National Battlefield speaking to a group of teachers. He is standing on the path leading to the Maryland State Monument. The Smoketown Road is behind the post and rail fence. The Hagerstown Road is in the left background running away from the camera. With Barry Martin and Tom Danninger, Garry created the CD, The Gettysburg Park Commission Photos: Then & Now. This view was taken facing northeast at approximately 10:00 AM on Tuesday, August 17, 2010. 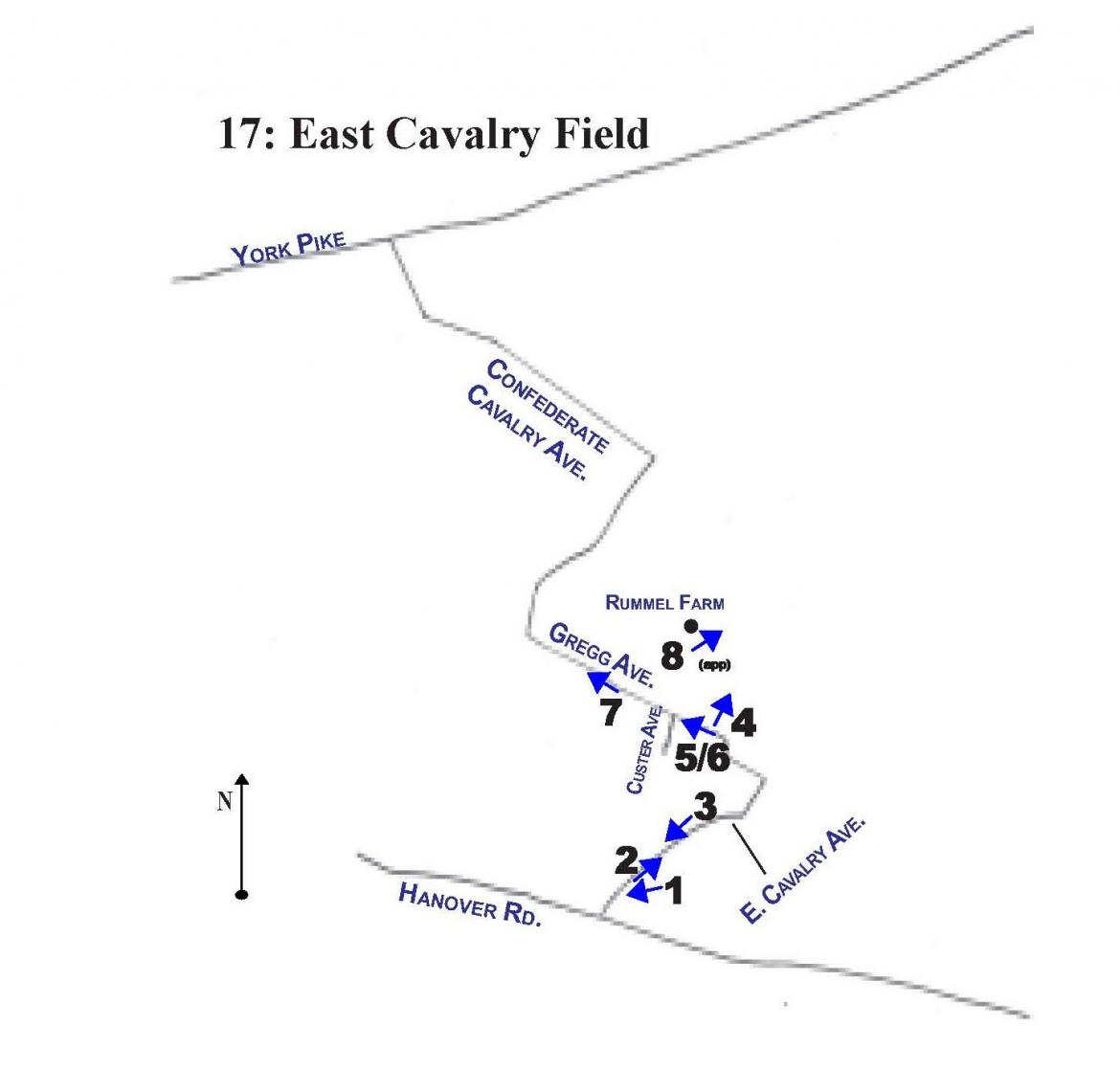 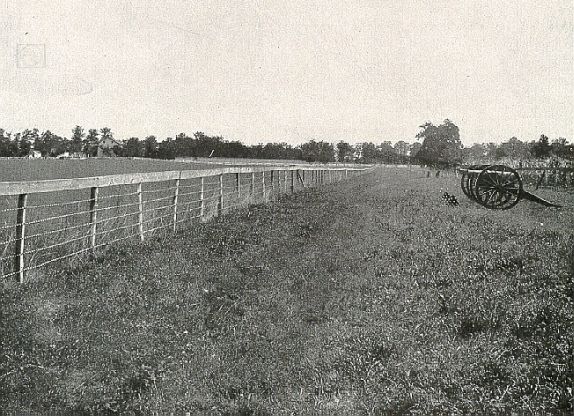 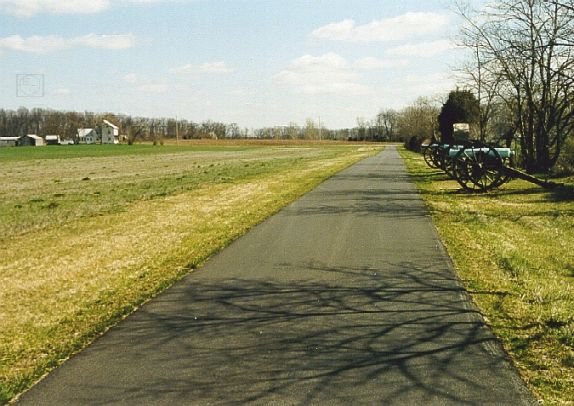 On East Cavalry Avenue. This modern view of the previous photograph was taken facing northeast in 2002. 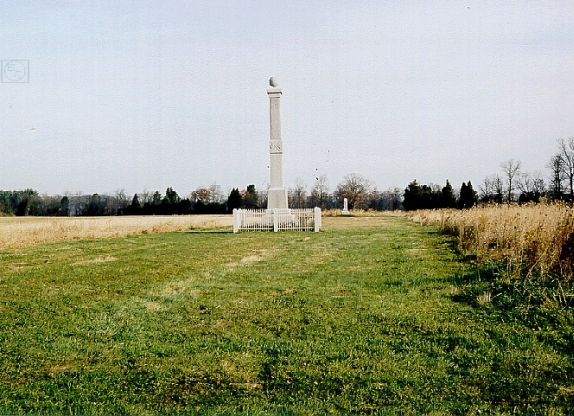 While not a paved road, the grassy path leading to the monument is called Custer Ave”. This modern view of the previous photograph was taken facing northeast in 2004.