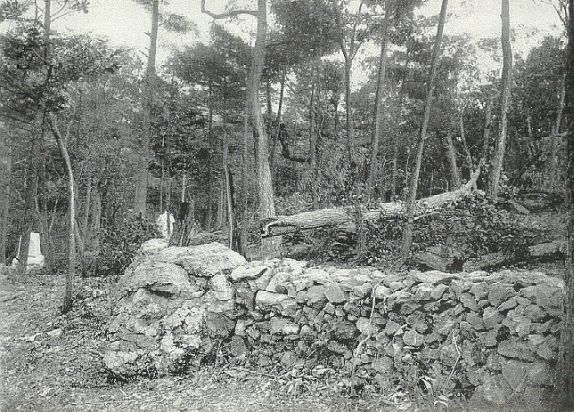 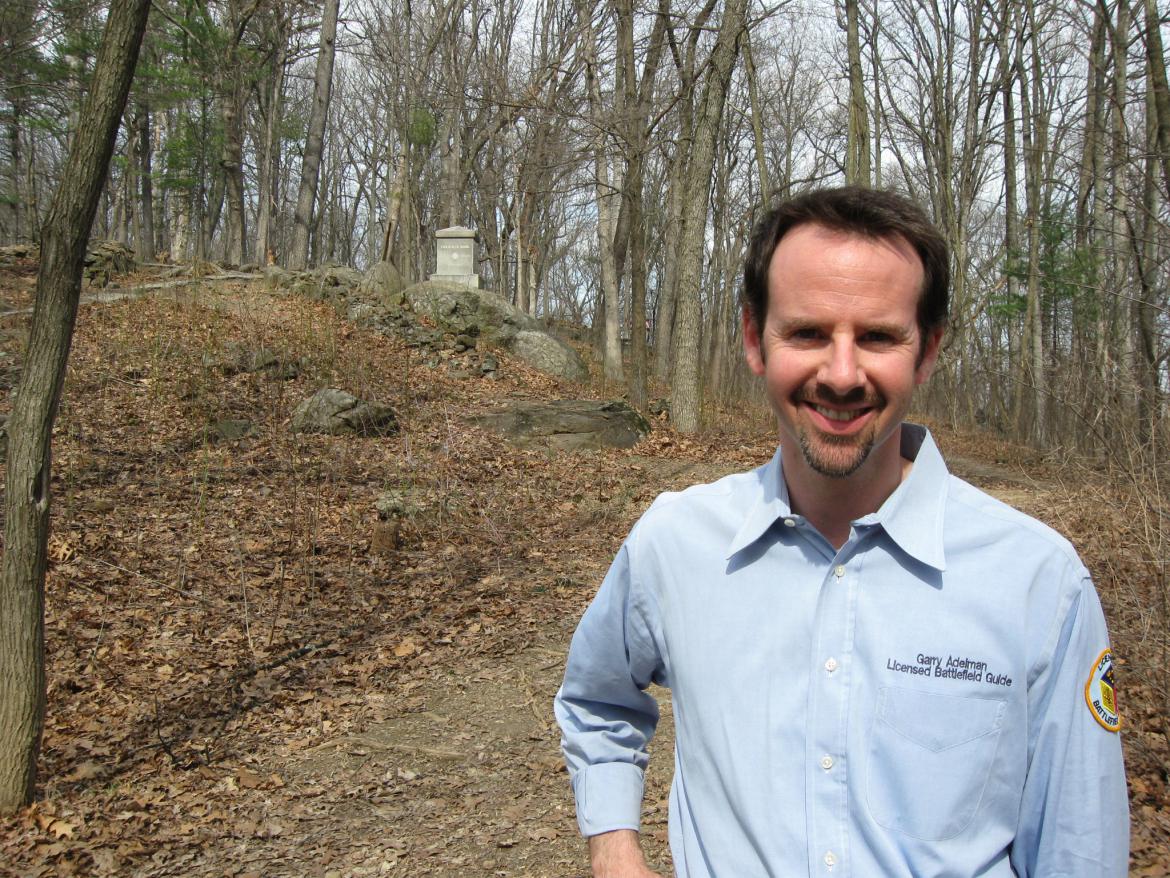 Gettysburg Licensed Battlefield Guide, and Vice President of the Center for Civil War Photography,
Garry Adelman, seen here near the 20th Maine Monument on the south slope of Little Round Top, along with Barry Martin and Tom Danninger created the CD, The Gettysburg Park Commission Photos: Then & Now. This view was taken facing north at approximately 2:45 PM on Sunday, March 21, 2010.

In the eleventh Gettysburg Then and Now post, Gettysburg Licensed Battlefield Guide Garry Adelman, along with Barry Martin and Tom Danninger show us photographs on Big Round Top.

In today’s Gettysburg Then and Now post, Garry Adelman, Barry Martin and Tom Danninger show us where they matched up other old photos on Big Round Top. 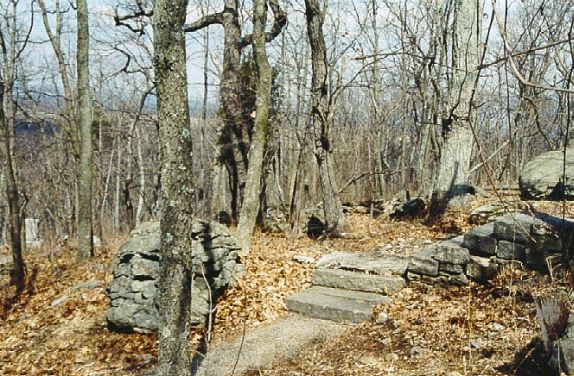 Recorded near the summit with the 20th Maine monument in the left distance, this modern view of the previous photograph was taken facing north in March, 2004. 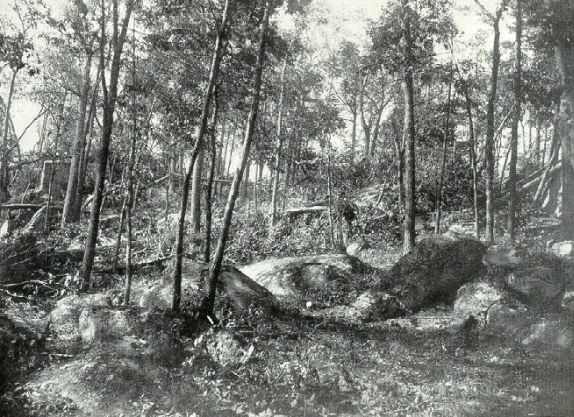 Finding the location of this view was very difficult. Many hours over several years were spent hiking up and down Big Round Top searching for this elusive scene. Finally Tom Danninger found the spot on the east side a few hundred yards northeast of (above) the Sphinx (on the Big Round op Loop Trail). The rocks in the foreground are much larger than they appear in the original photo, which along with the obscure location well off any pathway, made this a very satisfying find. This modern view of the previous photograph was taken facing northwest in November, 2005.