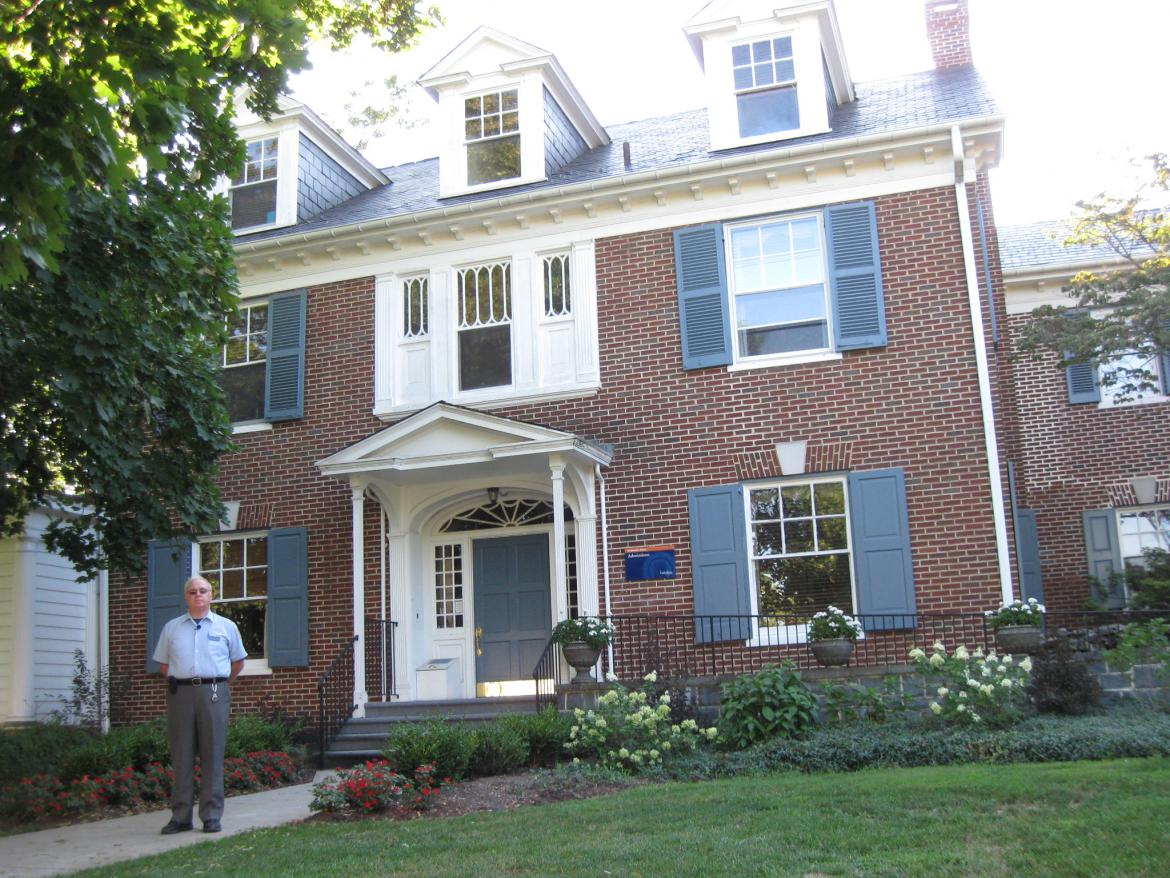 Gettysburg Licensed Battlefield Guide Fred Hawthorne is standing near the Gettysburg College office of President Dwight D. Eisenhower, which is located on Carlisle Street. This view was taken facing southwest at approximately 6:15 PM on Friday, August 12, 2011. 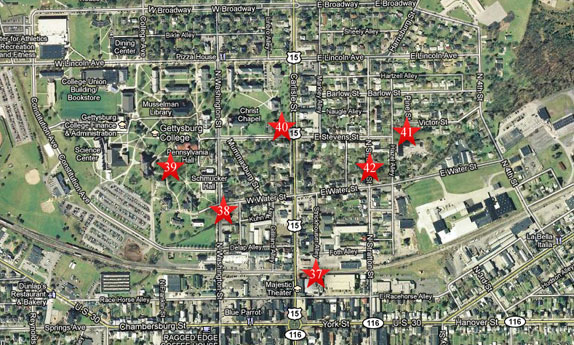 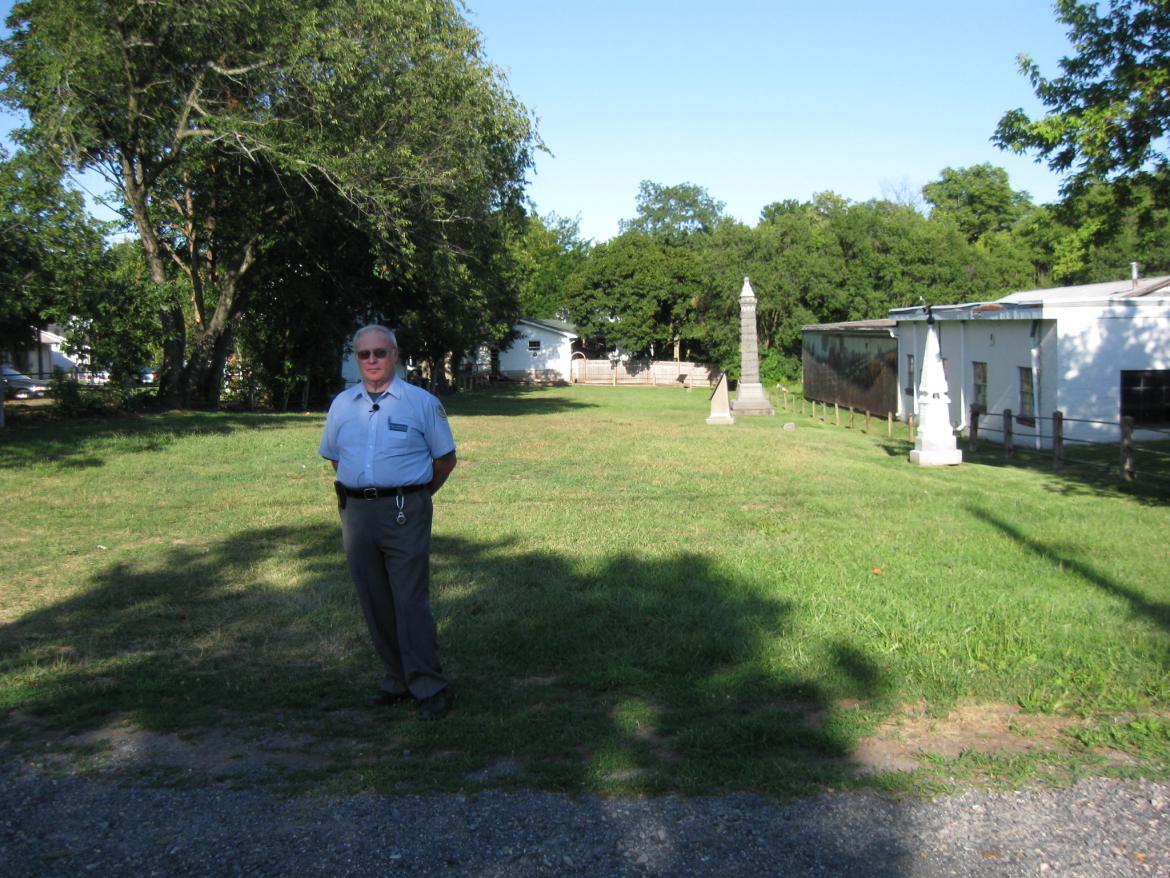 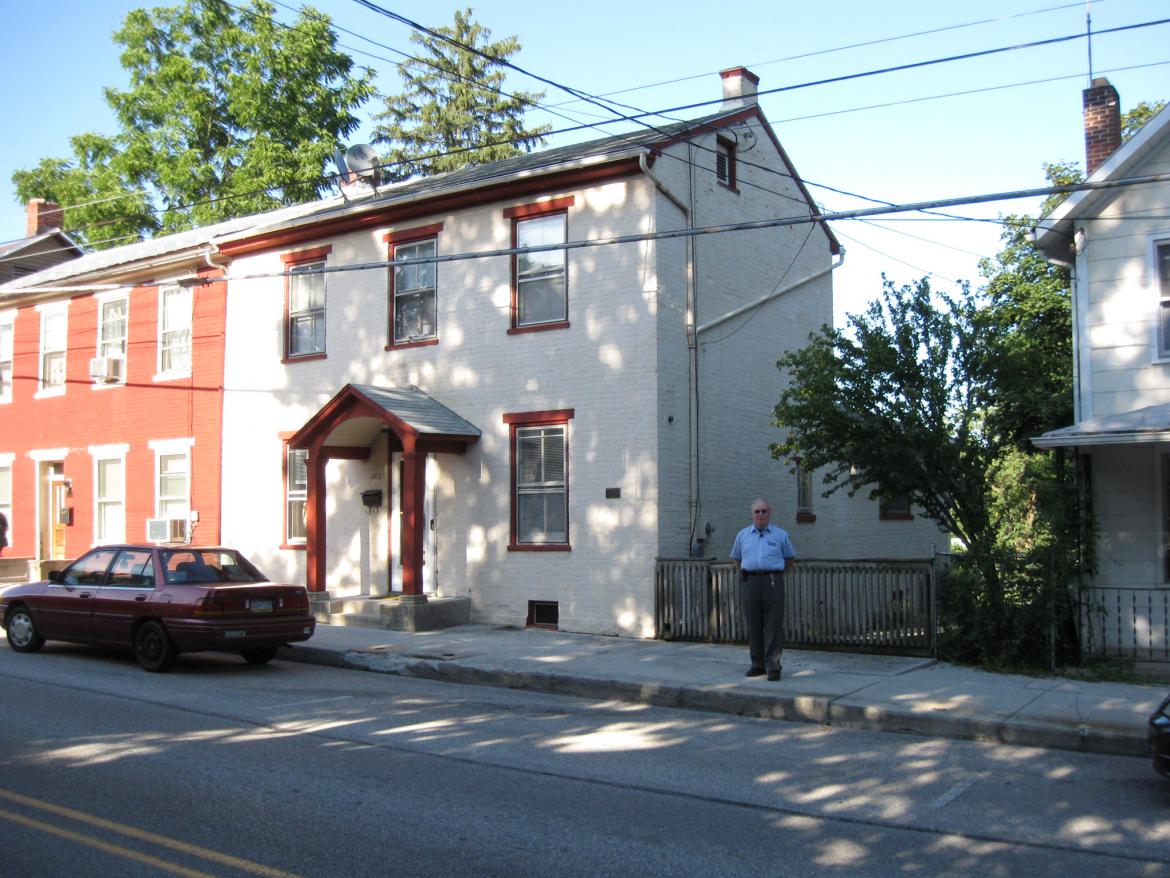 Fred Hawthorne points out the artillery shell on the south wall of the Kuhn House. This view was taken facing northeast at approximately 6:15 PM on Friday, August 12, 2011. 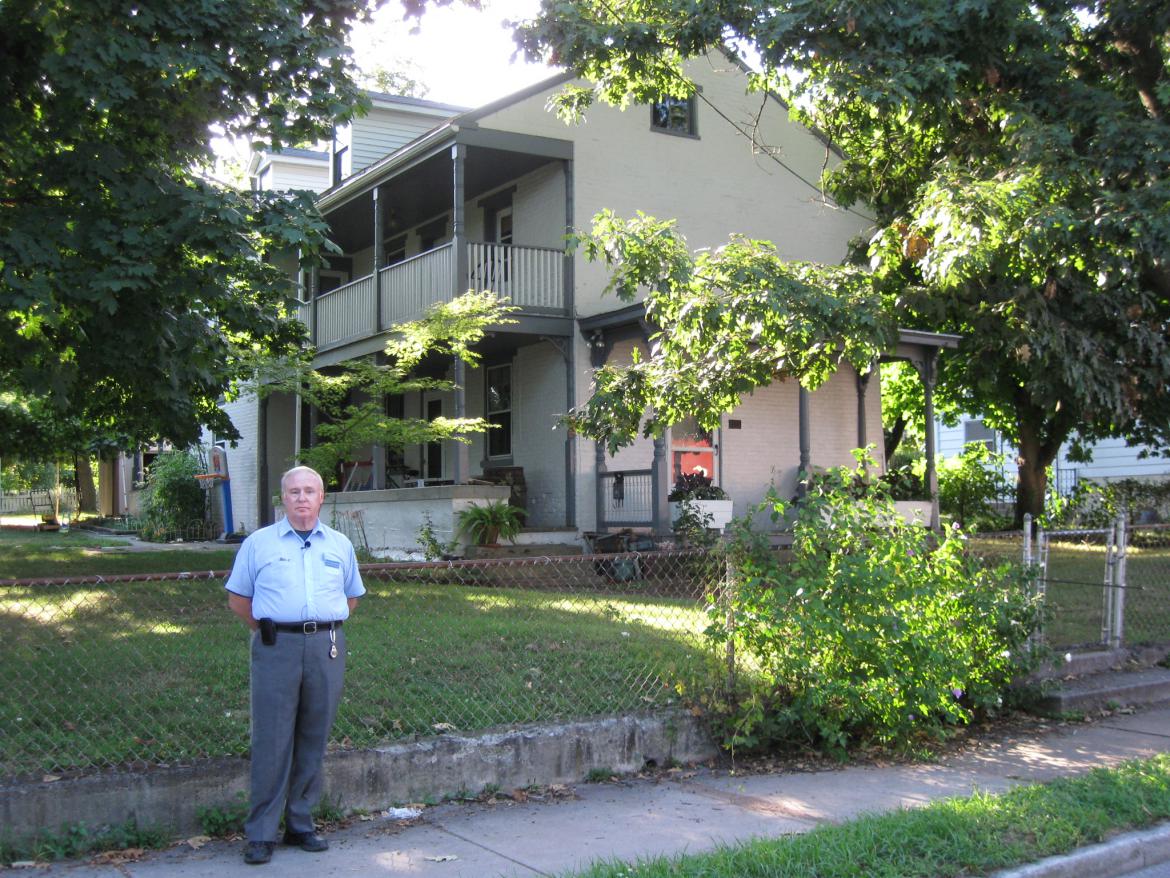 Fred Hawthorne is standing on the either side of Stratton Street from the Kuhn House. Behind him is the Crass-Barbehenn House located at 218 North Stratton Street. This view was taken facing northwest at approximately 6:15 PM on Friday, August 12, 2011. 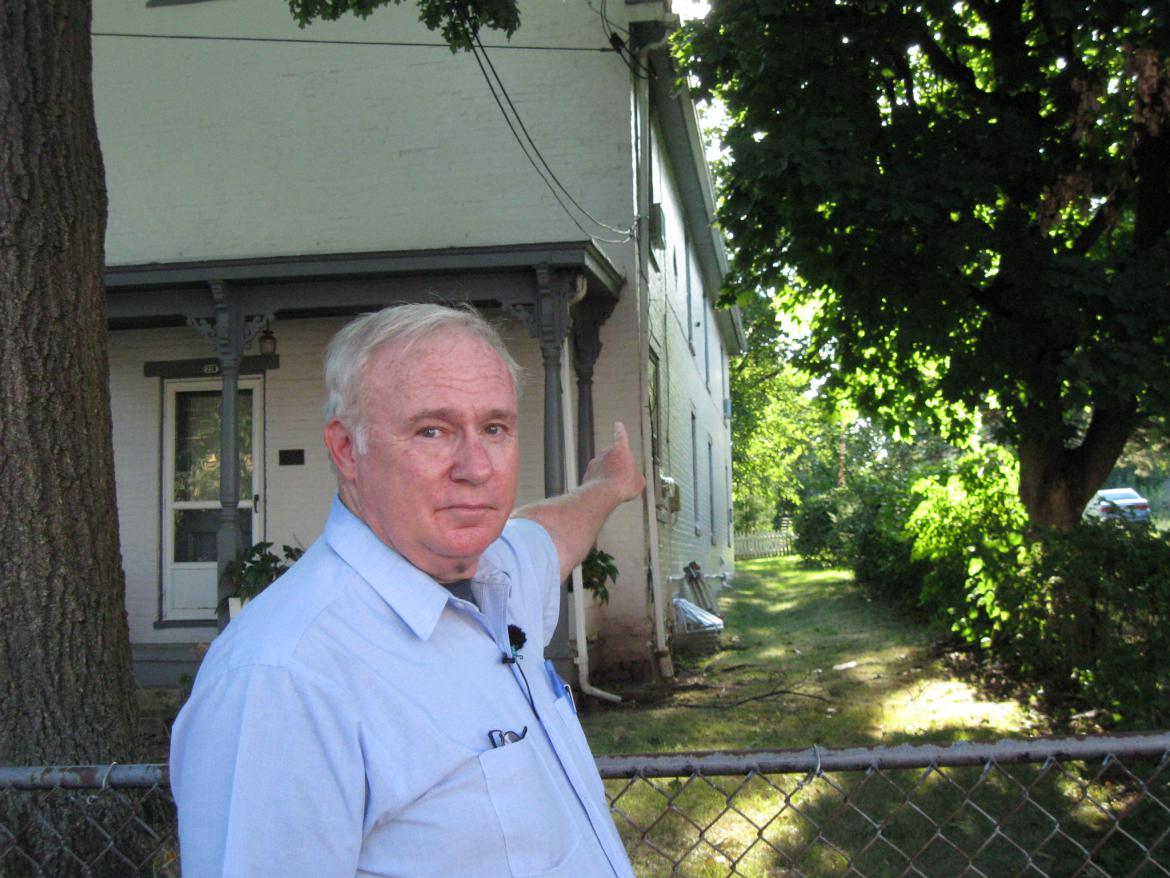 Fred Hawthorne is pointing to the artillery shell at the Crass-Barbehenn House. The shell is on the second floor between the two center windows of the north wall. This view was taken facing west at approximately 6:15 PM on Friday, August 12, 2011.

As of now, there are 151 places/facts on the list, and they are not in any particular order.