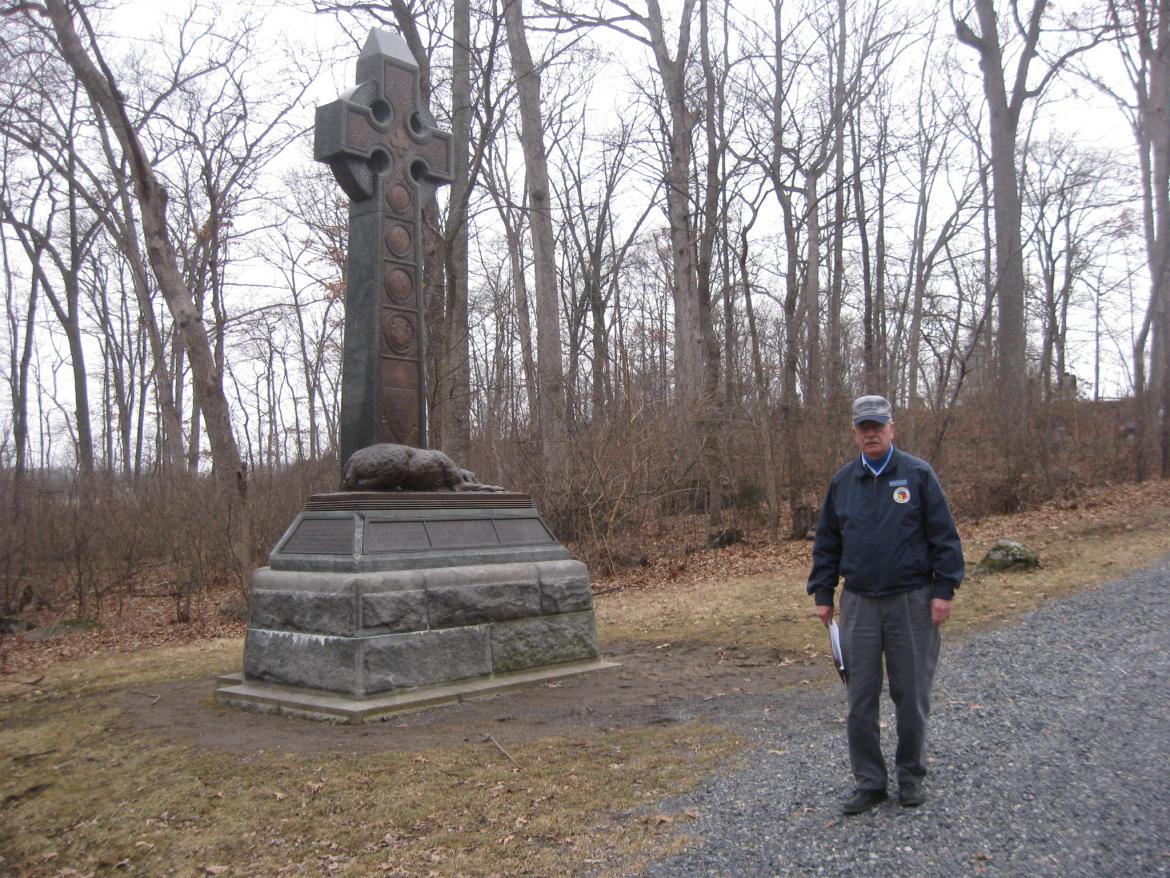 On March 31, 1963, President John F. Kennedy with some friends and members of his family drove from a church service at Camp David, Maryland to tour the Gettysburg Battlefield. Their guide was Jacob Melchior Sheads, a longtime Gettysburg High School History Teacher and seasonal historian with the National Park Service. Licensed Battlefield Guide Richard Goedkoop follows what we know of the route that the Kennedy party took around the battlefield.

In the first part of this series, Richard Goedkoop covered how the trip was planned and where President Kennedy picked up Colonel Sheads. In our second post, we discussed the Kennedy party in the area of the Angle/High Water Mark. In the third part, the Kennedy party visited Little Round Top.

In today’s post the tour goes to the Wheatfield/Stony Hill/Loop area to talk about the Irish Brigade. 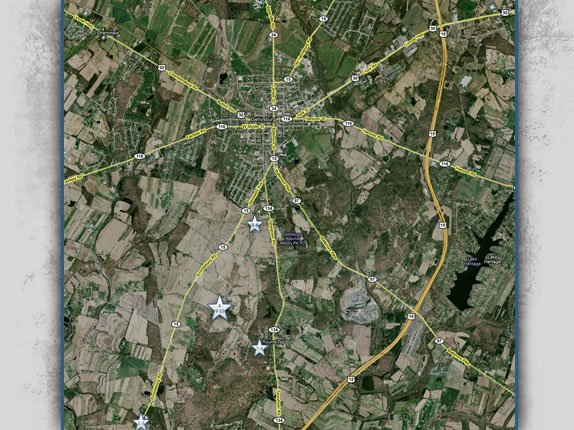 This map shows the locations of the videos that we have shot during the Kennedy segments. Videos 1-3 were taken at Edgewood Bowling Lanes on the Emmitsburg Road, which is off the map. Videos 4, 9 and 10 were taken at the Stony Hill or “Loop” area. Videos 5-6 were taken at the High Water Mark/Angle Area. Videos 7-8 were taken on Little Round Top. This map was created facing north at approximately 6:45 PM on Tuesday, March 10, 2009. 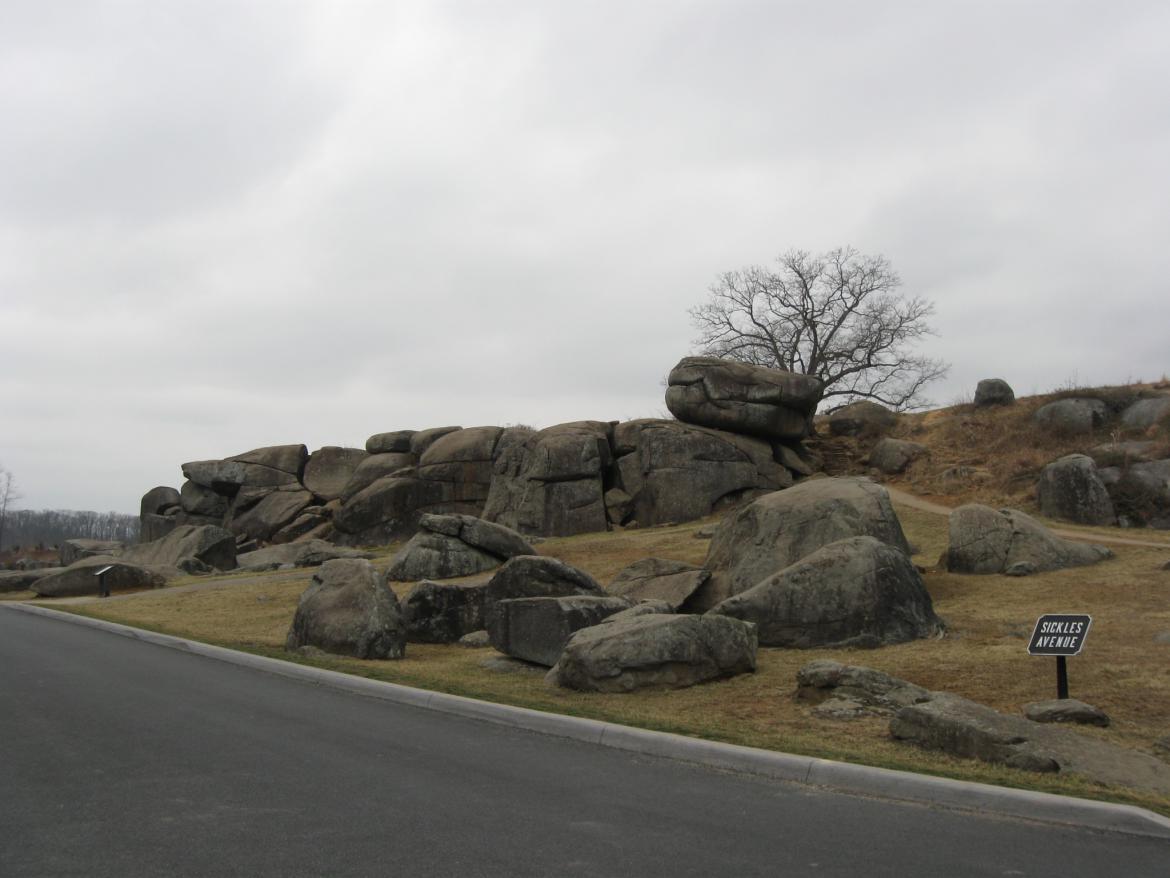 After visiting Little Round Top, Colonel Sheads stated that the Kennedy party saw Devil’s Den. However they drove through the area and did not get out. This view was taken facing southwest at approximately 4:30 PM on Tuesday, March 10, 2009. 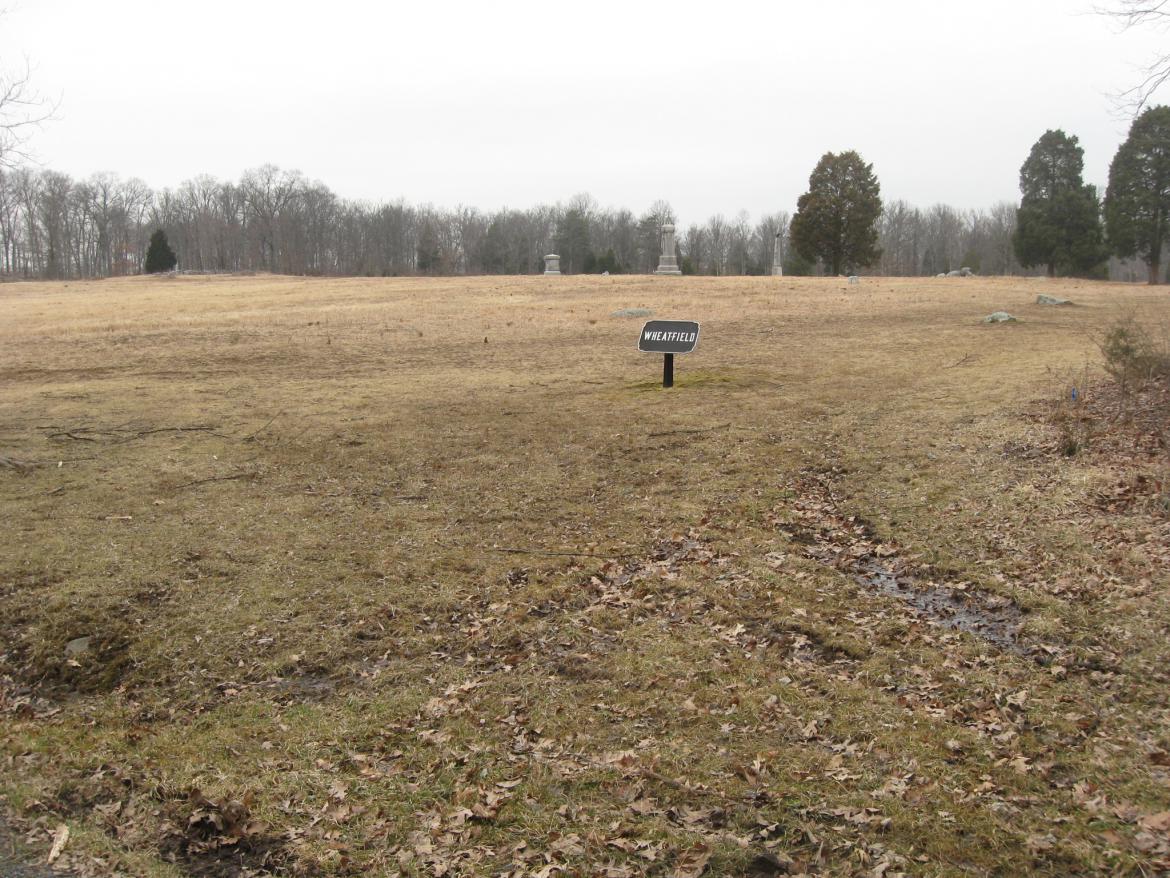 The group then drove by Rose’s Wheatfield through which the Irish Brigade charged on July 2, 1863… This view was taken facing southwest at approximately 4:30 PM on Tuesday, March 10, 2009. 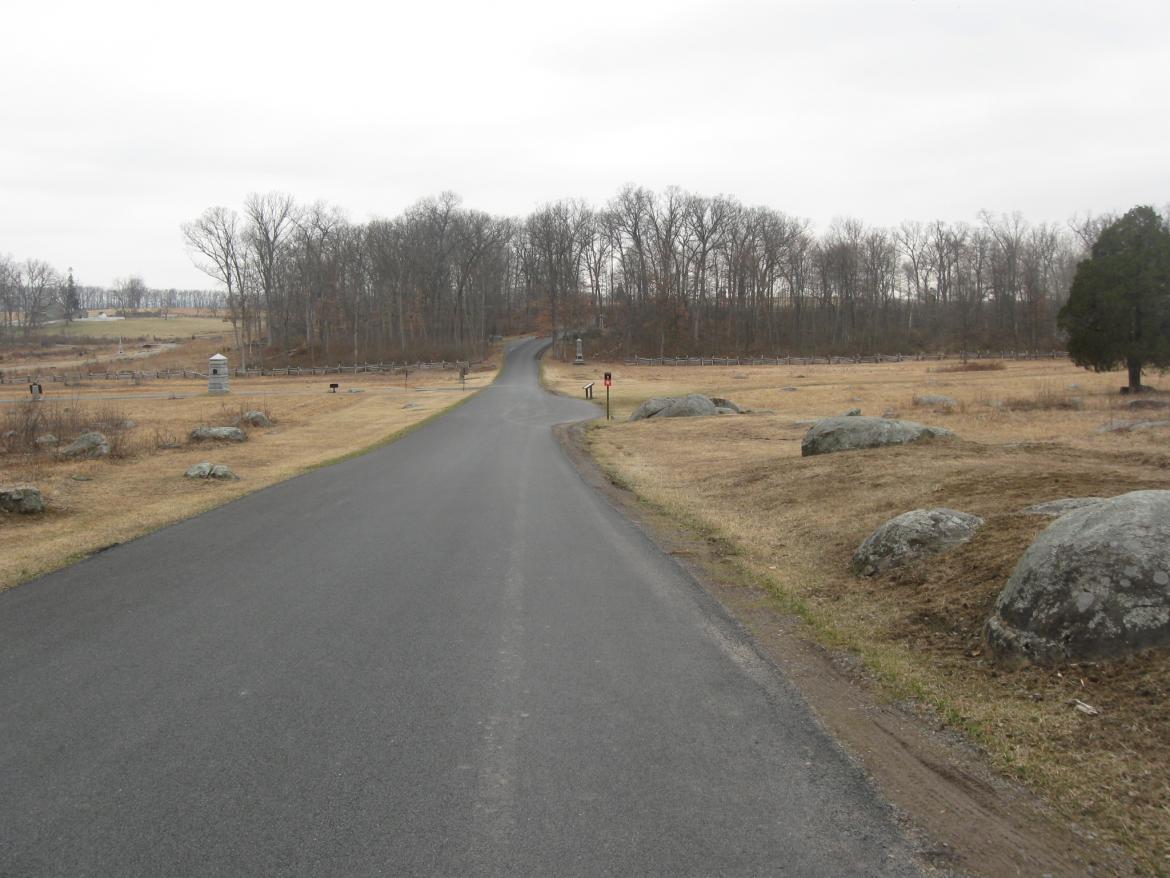 …towards the Stony Hill which the Irish temporarily occupied late in the afternoon of July 2, 1863. This view was taken facing west at approximately 4:30 PM on Tuesday, March 10, 2009.
Get the Flash Player to see this player.
In video #9 (Videos 1-8 were shown in the first three Kennedy visit posts) Richard Goedkoop shows the New York Monument to the Irish Brigade. This view was taken facing southwest at approximately 4:00 PM on Saturday, February 14, 2009. 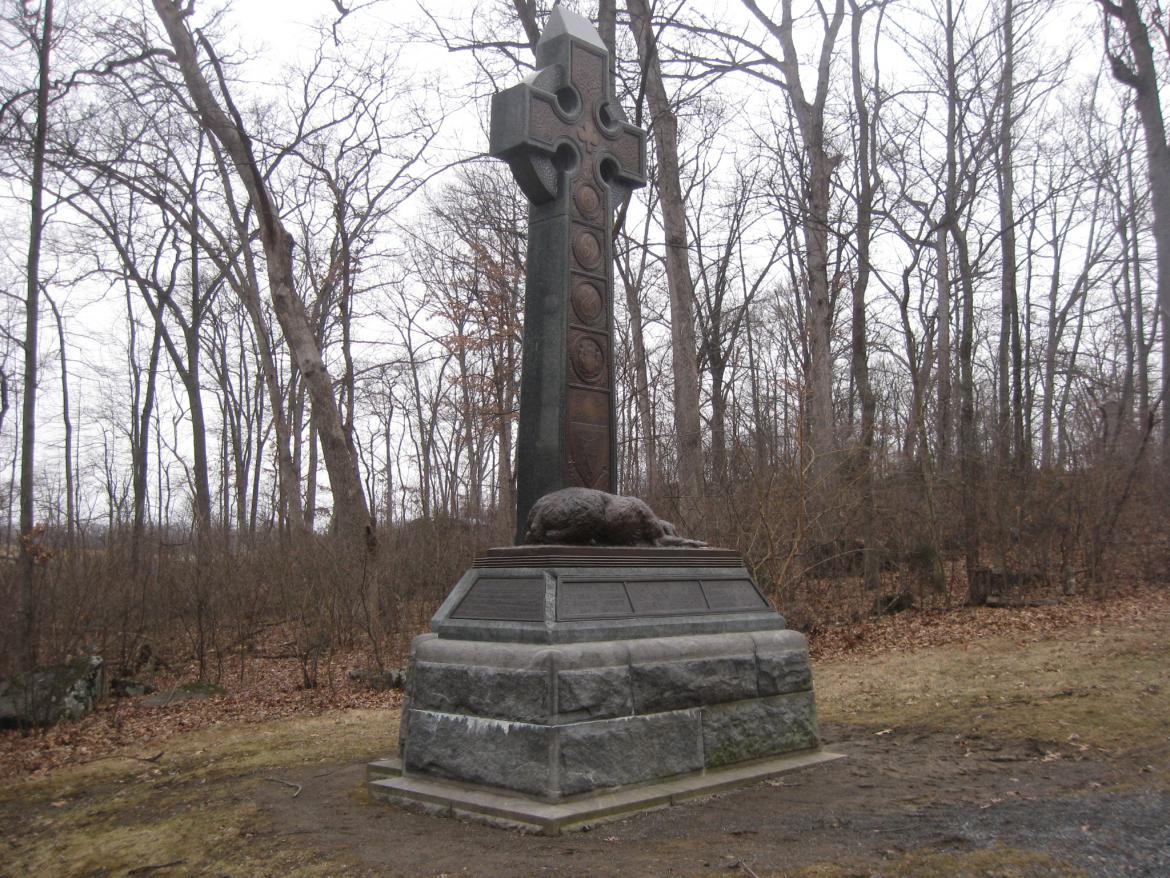 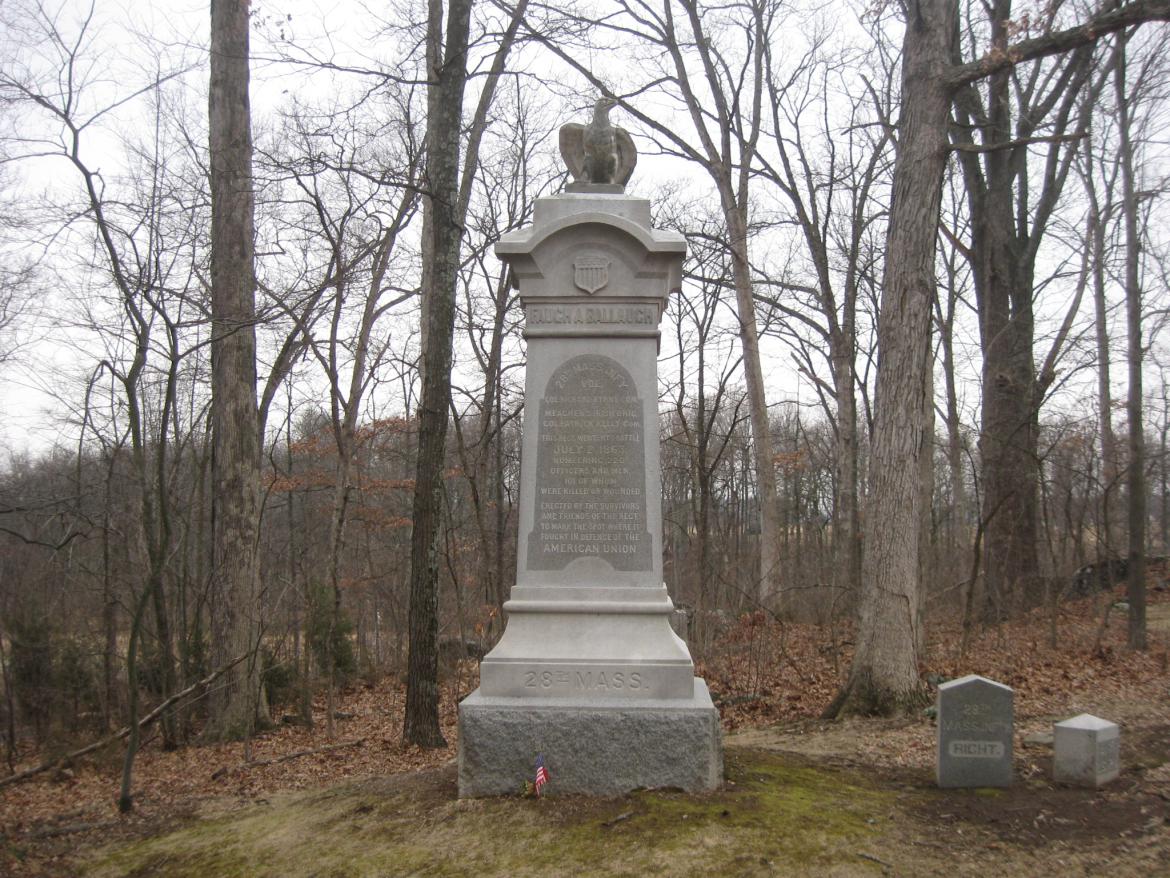 The monument to the 28th Massachusetts Infantry Regiment of the Irish Brigade is at the top of the Stony Hill/Loop area. As Under-Secretary of the Navy Paul Fay, stated, when the well-prepared Kennedy recalled the battle in areas involving Massachusetts regiments, “I kept expecting a Kelly or a Murphy to come charging up the gorge.” This view was taken facing south at approximately 4:00 PM on Sunday, February 15, 2009. 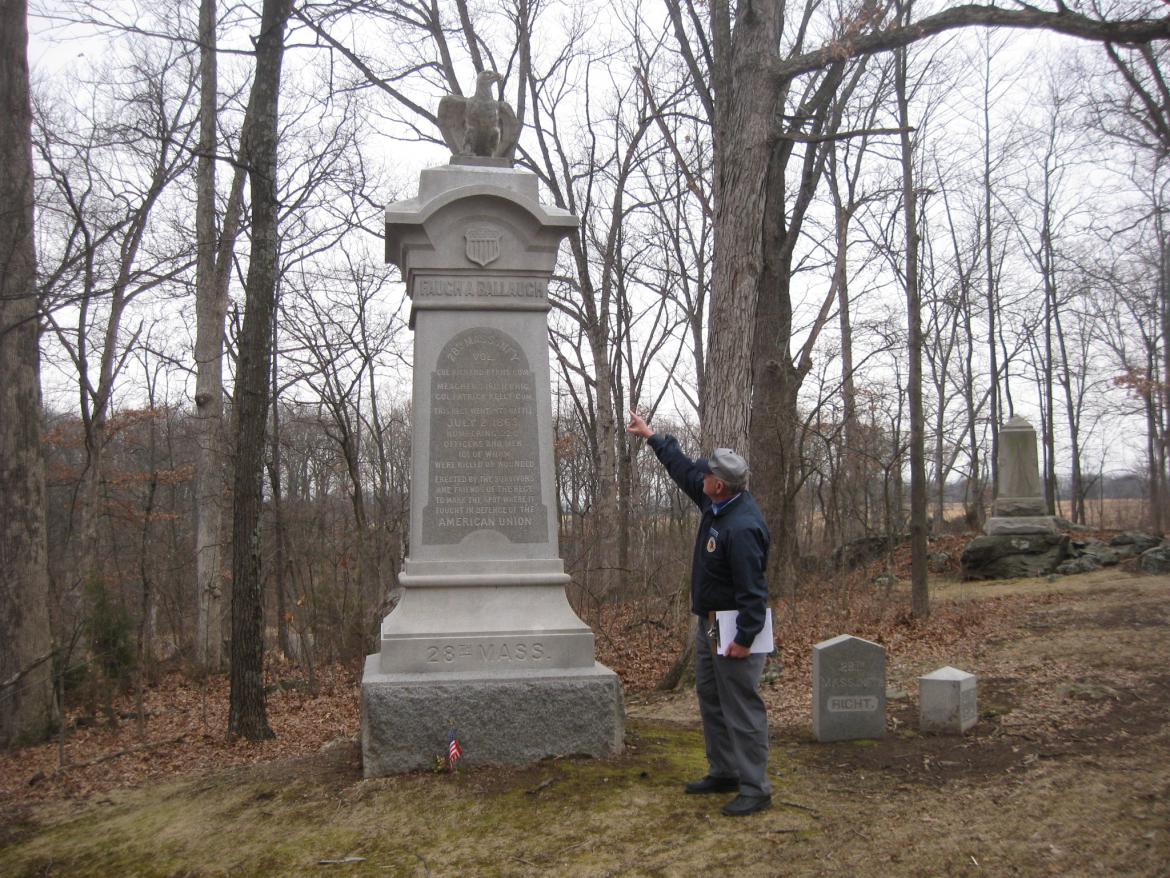