Gettysburg Licensed Battlefield Guide Stuart Dempsey is the host for our Eleventh Corps series. He is standing on East Cemetery Hill. On the right is the light blue/green water tank that distinctively marks Cemetery Hill. Wiedrich’s Battery I First New York Artillery is on the right. A marker to the 106th Pennsylvania is the small marker near a stone wall just to the left of Wiedrich’s Battery. The monument to the 134th New York Infantry Regiment is to the left of the marker to the 106th Pennsylvania. To the left of the 134th New York Monument is the monument to the 73rd Pennsylvania Infantry Regiment. The town of Gettysburg is in the left background. The Baltimore Pike is on the far left. This view was taken facing northwest at approximately 8:00 AM on Sunday, August 1, 2010. 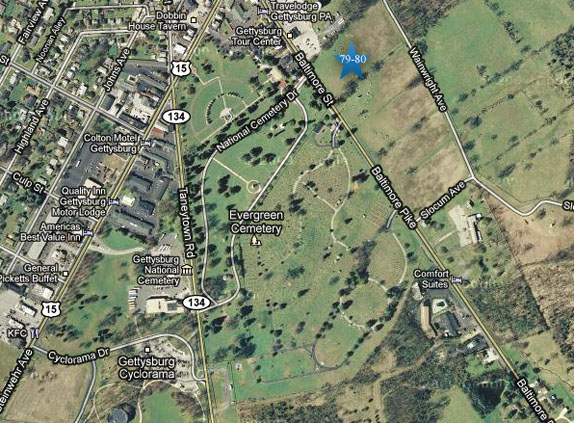 This map shows the location of where our Eleventh Corps at Gettysburg videos were produced. Videos #1-#78 were shown on other maps on our previous posts. Videos #79- #80 were taken on East Cemetery Hill. This map was created facing north at approximately 11:15 AM on Friday, November 26, 2010.
In Video #79 (Videos #1-#78 were shown in our previous Eleventh Corps posts) Gettysburg Licensed Battlefield Guide Stuart Dempsey is standing on East Cemetery Hill. He describes the retreat to East Cemetery Hill on the afternoon of July 1, 1863 and the efforts to organize a defensive position on the hill. This view was taken facing northwest at approximately 8:00 AM on Sunday, August 1, 2010. 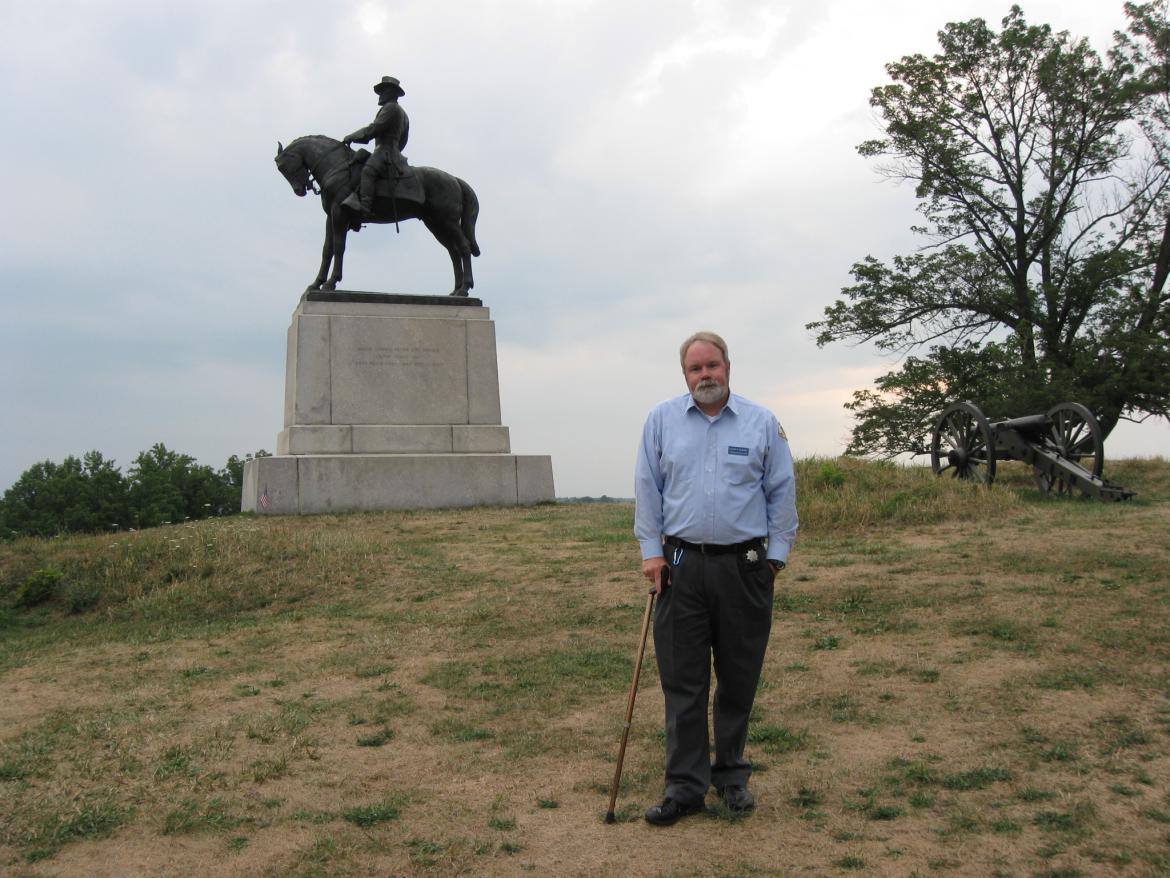