On March 31, 1963, President John F. Kennedy with some friends and members of his family drove from a church service at Camp David, Maryland, to tour the Gettysburg Battlefield. Their guide was Jacob Melchior Sheads, a longtime Gettysburg High School History Teacher and seasonal historian with the National Park Service. Licensed Battlefield Guide Richard Goedkoop follows what we know of the route that the Kennedy party took around the battlefield.

John F. Kennedy’s
Gettysburg Visit Part 1
Rich provides us with the historical context for Kennedy’s visit, describes how Colonel Sheads was made aware he would be giving a tour to the President, and examines the first few stops on the tour the Kennedy party would have made on the field.
See the full Post Here John F. Kennedy’s
Gettysburg Visit Part 2
Colonel Jacob Sheads had planned his tour with the Secret Service the day before, Saturday, March 30, 1963. He anticipated that a Secret Service agent would be driving the vehicle. The Secret Service also instructed Sheads that he should not let the President get out…
See the full Post Here

John F. Kennedy’s
Gettysburg Visit Part 3
In today’s post, “Colonel” Jacob Sheads has lost control of his planned chronological tour. “We did the whole damned thing entirely backwards,” Sheads later said. “But I couldn’t tell the President what to do.” After getting out at the “Angle,” the party traveled south towards Little Round Top.
See the full Post Here John F. Kennedy’s
Gettysburg Visit Part 5
In today’s post, the Kennedy party drove north along Seminary Ridge and got out of the vehicles (for the third time on the tour) at the North Carolina Monument.
See the full Post Here 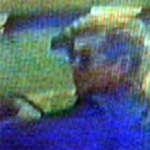 Video Clip of President Kennedy
at the Peace Light on March 31, 1963
… shows President John F. Kennedy driving the vehicle to Oak Hill and his party looking at the Eternal Light Peace Memorial. At the end of the video, he is turned around and is driving back towards the camera.
See the full Post Here