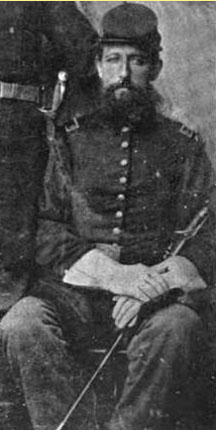 Captain David Acheson was a college student at western Pennsylvania’s Washington College (class of 1863) when he and a couple of friends chose to leave the school and recruit what would become Company C of the 140th Pennsylvania Infantry Regiment. He received his commission on August 22, 1862. The 140th Pennsylvania was mustered into service on September 8, 1862. This image from the History of the One Hundred and Fortieth Pennsylvania Volunteers was taken circa 1863. 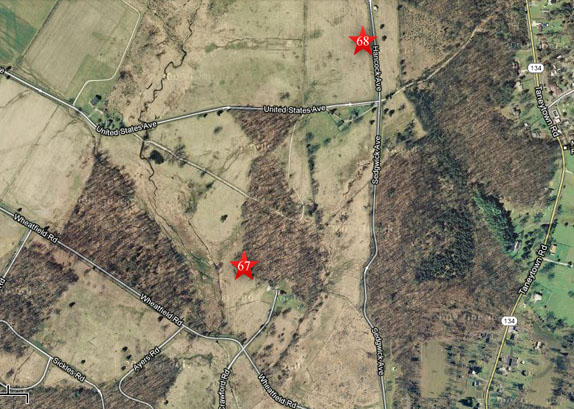 This map shows us the locations taken of the videos for the 140 Places Every Guide Should Know series. Videos #1-#66 were shown in our previous 140 Places Every Guide Should Know posts. Video #67 was taken at the Acheson Rock. Video #68 was taken at the James Rifles marking the position of the 2nd Connecticut Light Battery. This map was created facing north at approximately 7:00 AM on Sunday, February 5, 2012. 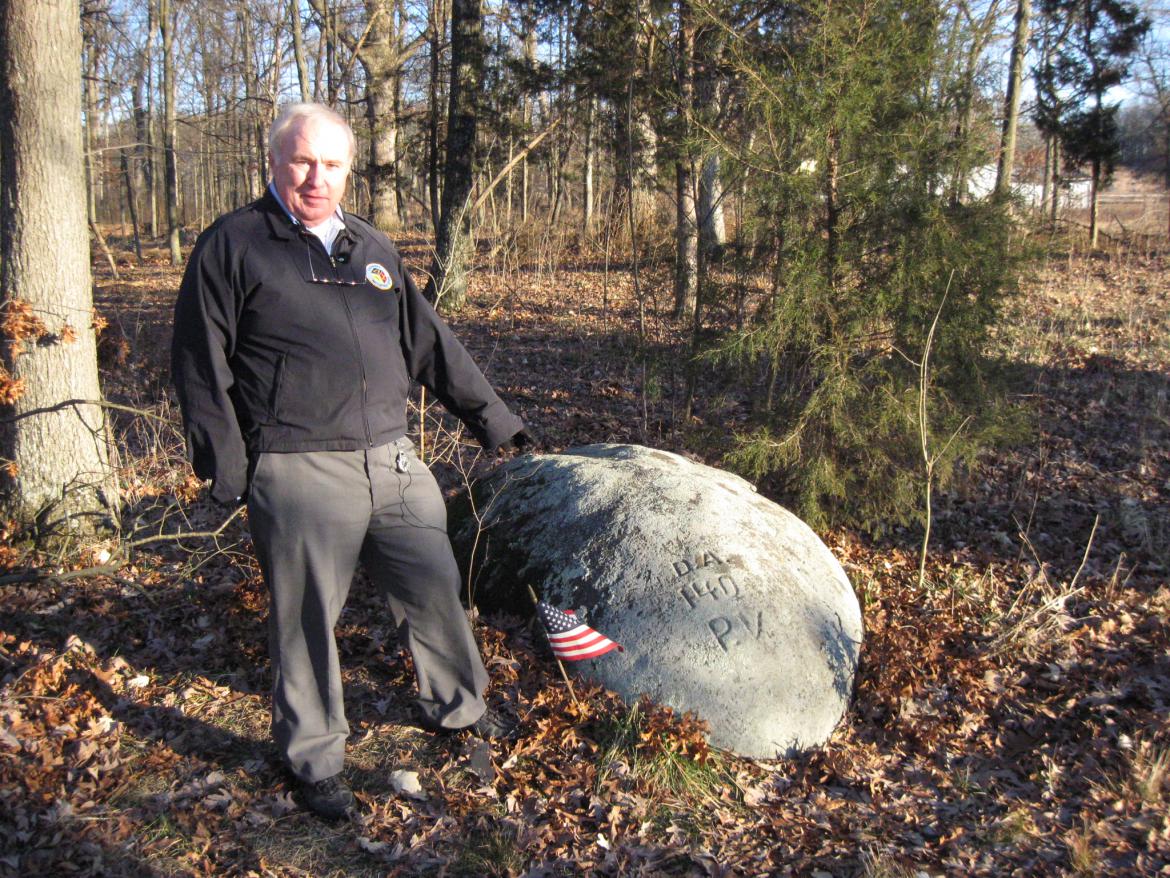 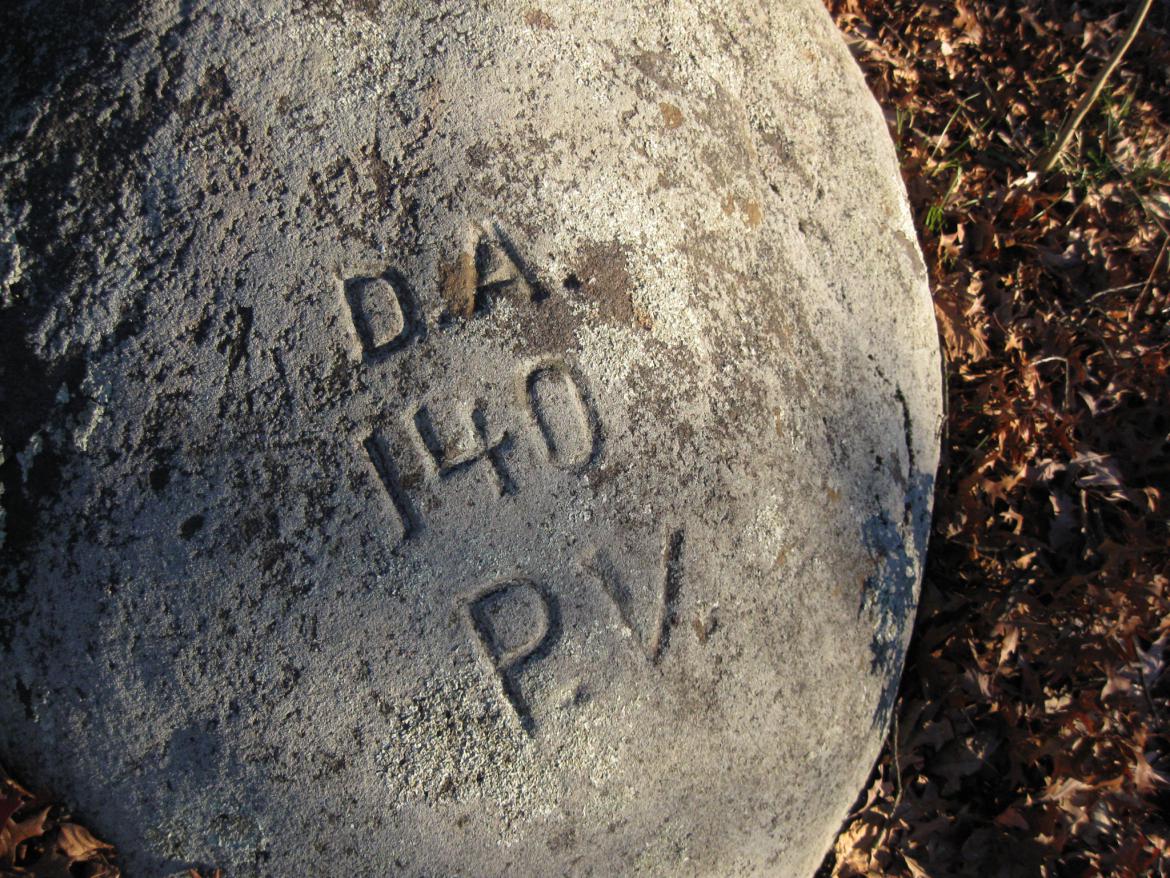 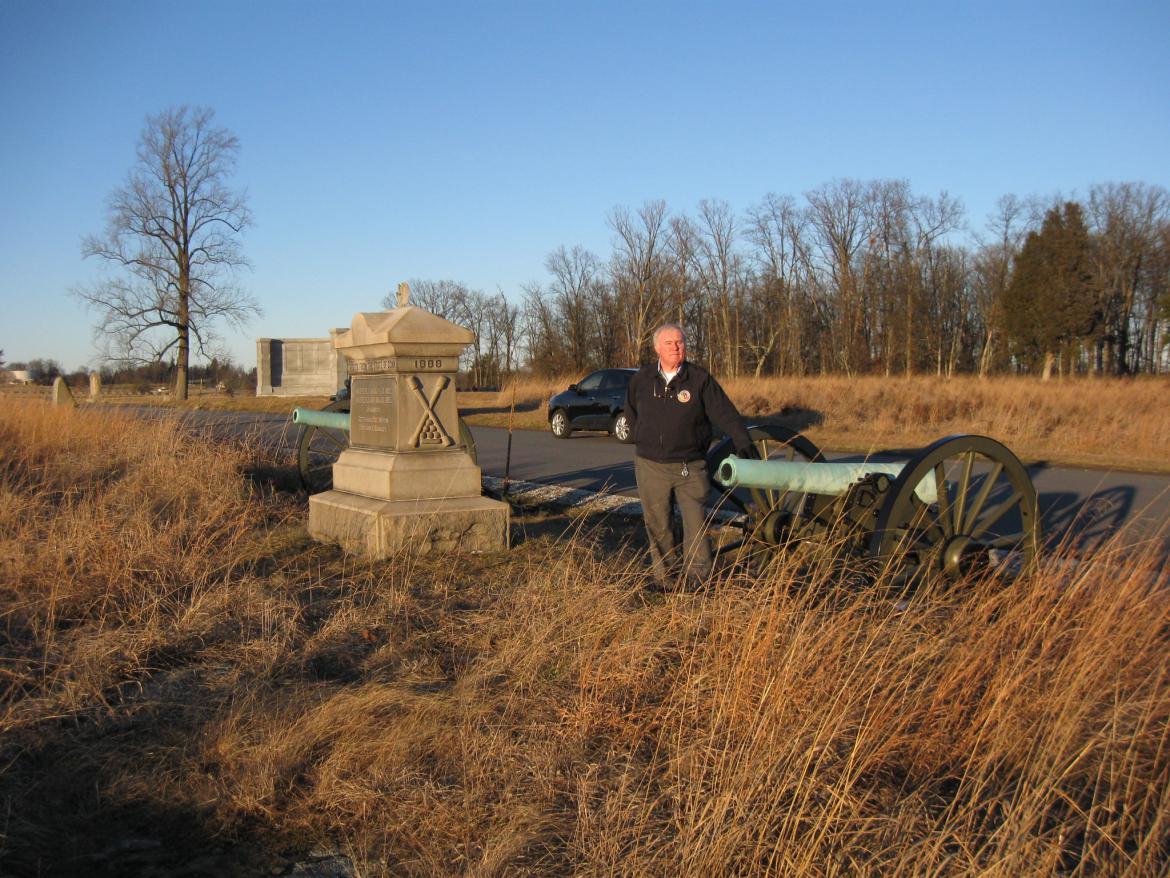 Licensed Battlefield Guide Fred Hawthorne is standing by an artillery piece marking the position of the 2nd Connecticut Artillery. Hancock Avenue is behind Fred. The New York Auxiliary Monument is in the left background on the other (east) side of Hancock Avenue. This view was taken facing northeast at approximately 4:30 PM on Sunday, January 15, 2012
In Video #68 Licensed Battlefield Guide Fred Hawthorne shows the James Rifles marking the artillery position of the 2nd Connecticut Battery on Hancock Avenue, and shows us some other details visible on the tube. Fred meant to say that the initials W.A.B. on the tube represented Connecticut Governor William Alfred Buckingham.This view was taken facing northeast to southwest at approximately 4:30 PM on Sunday, January 15, 2012 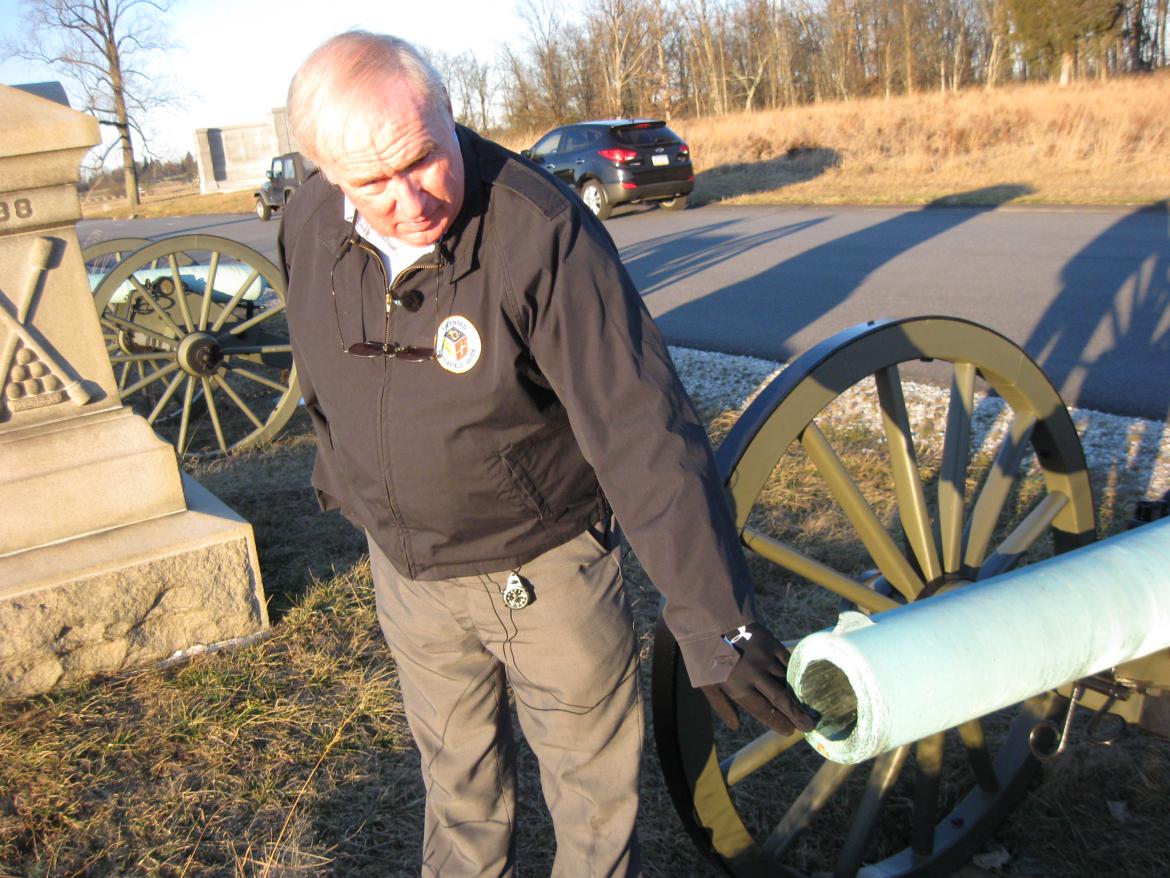 Licensed Battlefield Guide Fred Hawthorne shows us that this bronze artillery piece is rifled. This view was taken facing northeast at approximately 4:30 PM on Sunday, January 15, 2012 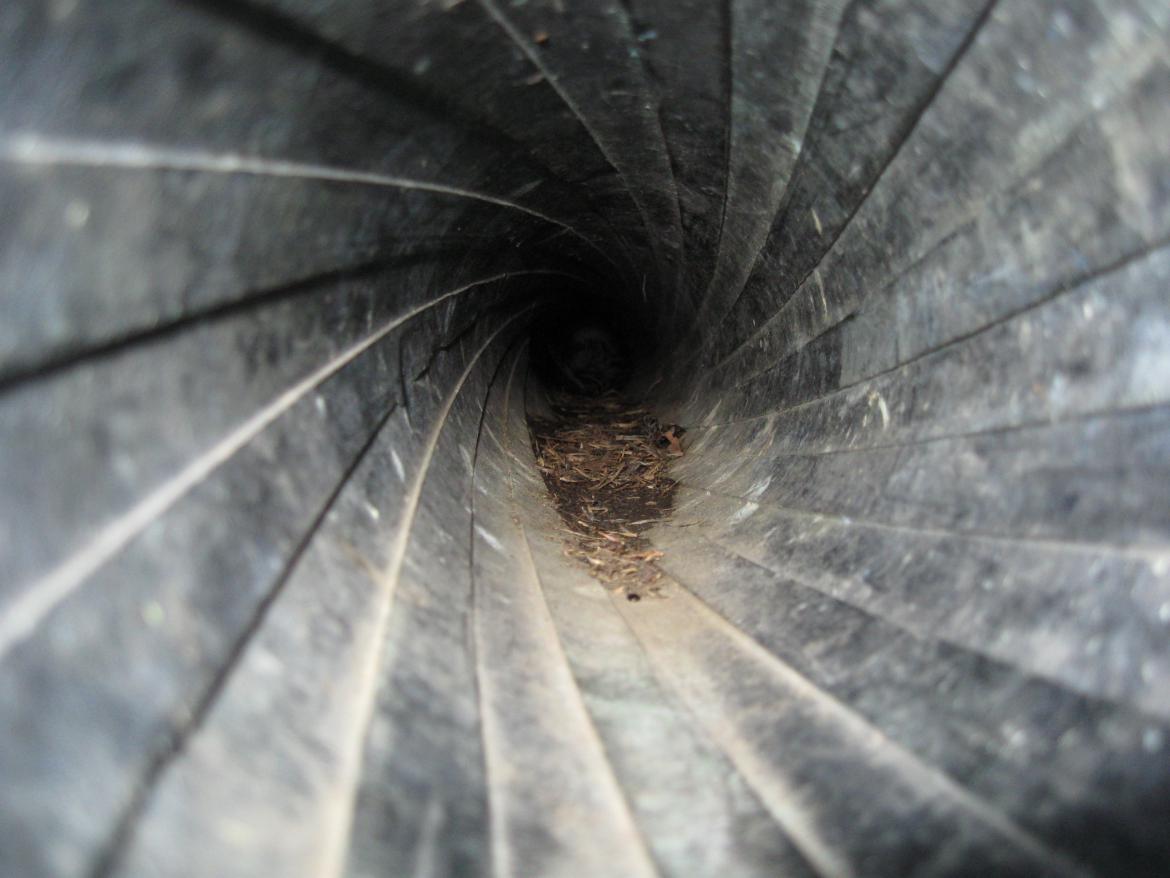 A closer view of the rifling inside one of the James Rifles on Hancock Avenue. This view was taken facing east at approximately 4:30 PM on Sunday, January 15, 2012 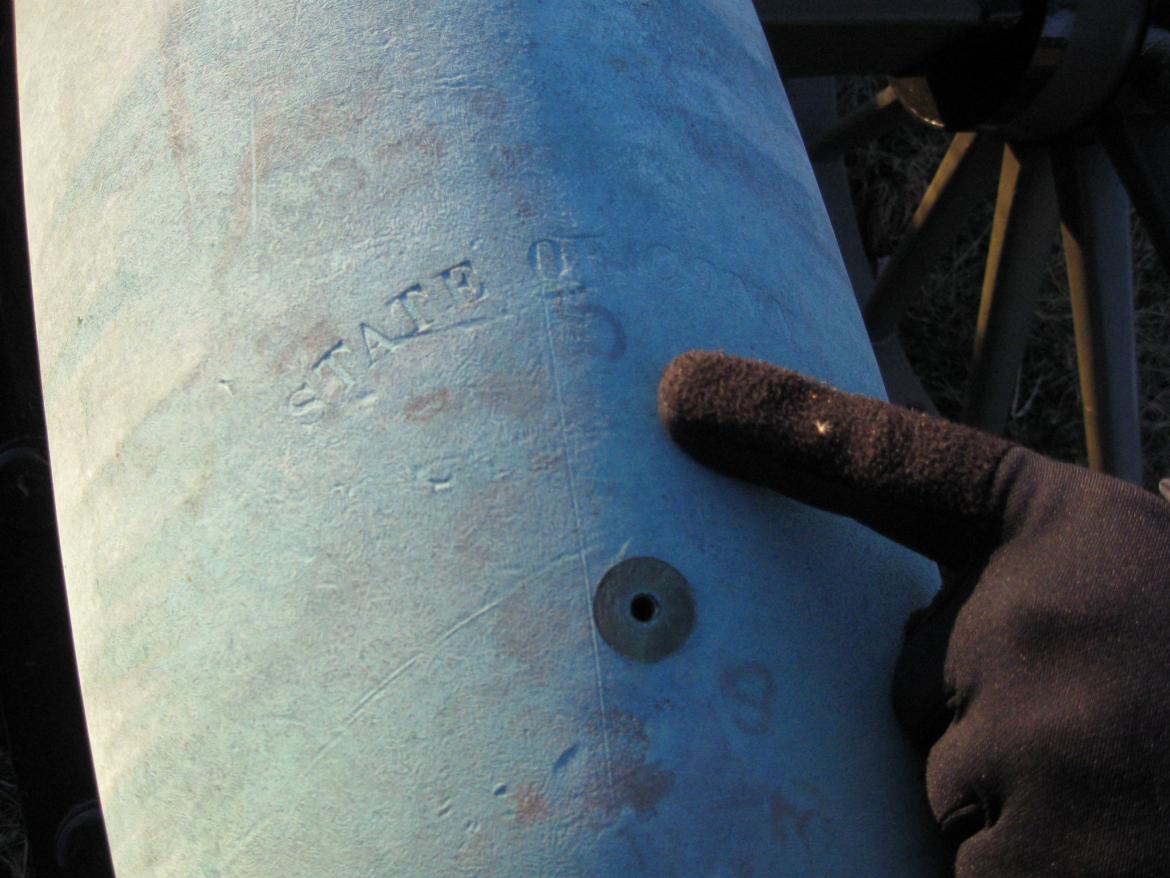 A closer view of the State of Connecticut marking just above the vent hole. This view was taken facing west at approximately 4:30 PM on Sunday, January 15, 2012 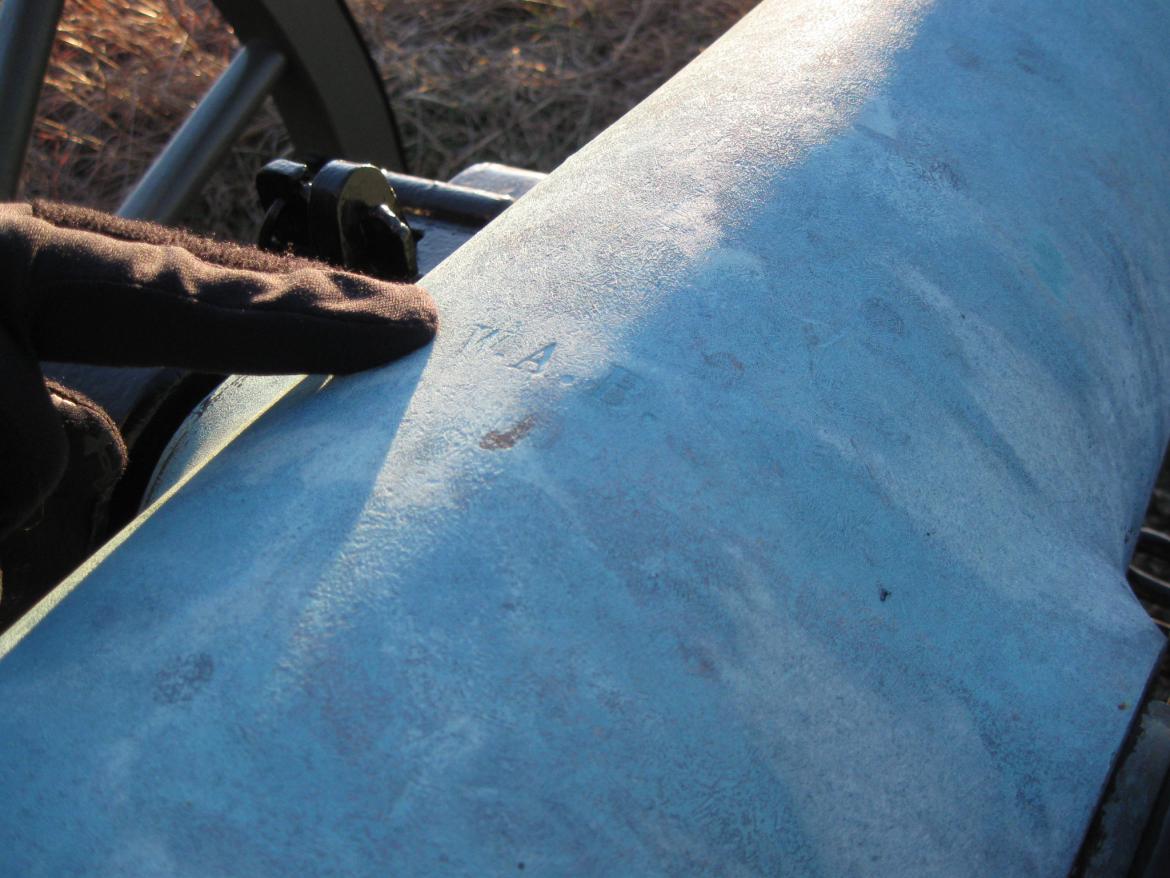 The initials “W.A.B.” above the trunions represent Connecticut’s war-time governor, William Alfred Buckingham (1804-1875). He served as governor of Connecticut from 1858-1866. This view was taken facing southwest at approximately 4:30 PM on Sunday, January 15, 2012 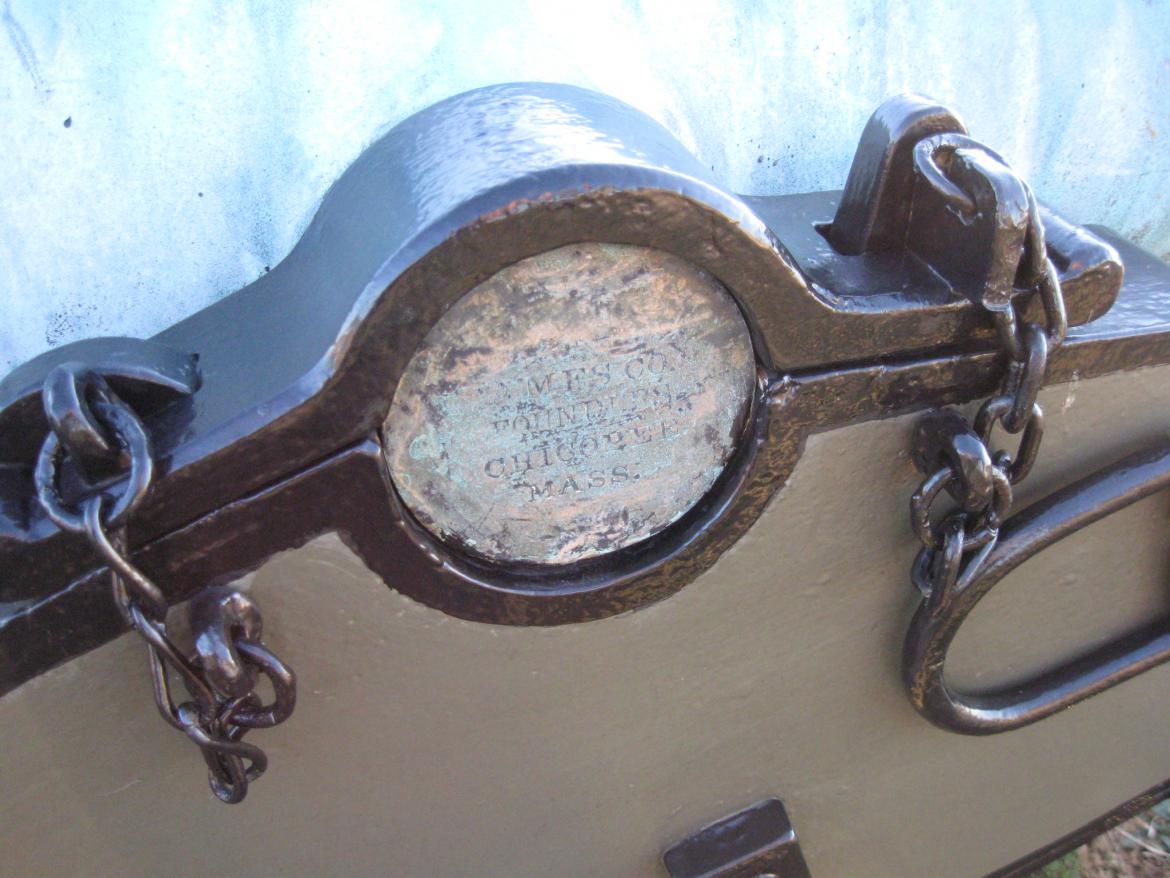 The markings on the trunion show “Ames Co. Foundry Chicopee Mass.” This view was taken facing southwest at approximately 4:30 PM on Sunday, January 15, 2012

As of now, there are 156 places/facts on the list, and they are not in any particular order.