Daniel Sickles returned to the site of his Gettysburg wound in 1886. Brigadier-General Charles Graham is on the right. The Trostle Barn is in the right background. This view was taken facing southeast by William Tipton in 1886.

In today’s 140 Places Every Guide Should Know post, Gettysburg Licensed Battlefield Guide Fred Hawthorne shows us places around the Trostle Farm including the Sickles wounding site, Cora, and the artillery shell in the Trostle kitchen.

This map shows us the locations taken of the videos for the 140 Places Every Guide Should Know series. Videos #1-#63 were shown in our previous 140 Places Every Guide Should Know posts. Video #64 was taken at the Sickles wounding site. Video #65 was taken at the artillery piece marked as “CORA.” Video #66 was taken near the Trostle kitchen. This map was created facing north at approximately 9:15 AM on Saturday, February 4, 2012.

Gettysburg Licensed Battlefield Guide Fred Hawthorne is standing by the wayside exhibit in front of the Trostle Barn. A hole in the barn underneath the diamond shaped vents is where an artillery projectile entered the barn during the battle. The shadow on the left was cast by the Sickles Witness Tree which stands on the south side of United States Avenue. This view was taken facing northeast at approximately 4:00 PM on Sunday, January 15, 2012 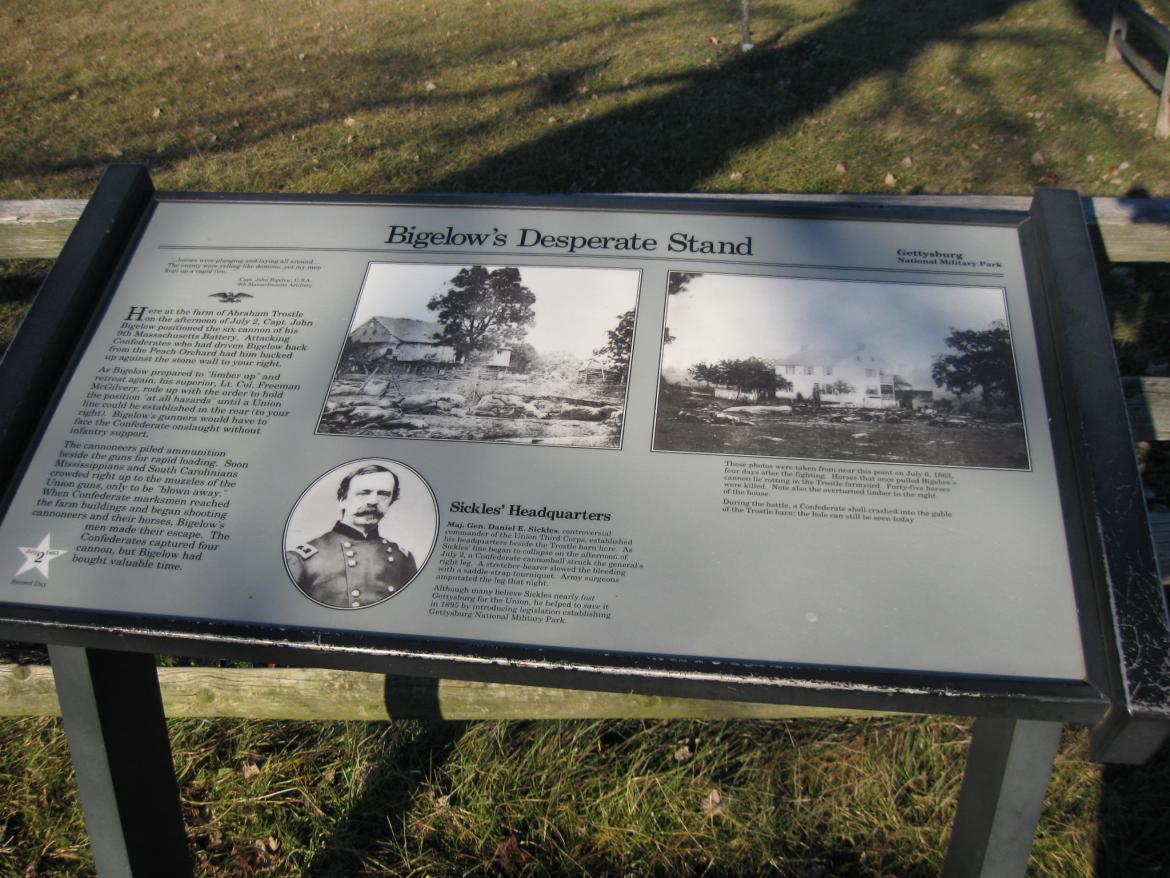 A closer look at the Trostle Farm wayside. This view was taken facing northeast at approximately 4:00 PM on Sunday, January 15, 2012

Licensed Battlefield Guide Fred Hawthorne points out the CORA markings on the breech of the cannon. This view was taken facing southeast at approximately 4:00 PM on Sunday, January 15, 2012

A closer view of the CORA marking, located just below the cascabel. This view was taken facing southeast at approximately 4:00 PM on Sunday, January 15, 2012

Fred Hawthorne is standing south of the Trostle House on the left, and the white Trostle Summer Kitchen on the right. United States Avenue is in the foreground. This view was taken facing north at approximately 4:00 PM on Sunday, January 15, 2012
In Video #66 Fred Hawthorne shows us the location of the artillery shell stuck in the Trostle Farm Summer Kitchen, and explains some theories of the shell’s placement. This view was taken facing northeast at approximately 4:00 PM on Sunday, January 15, 2012 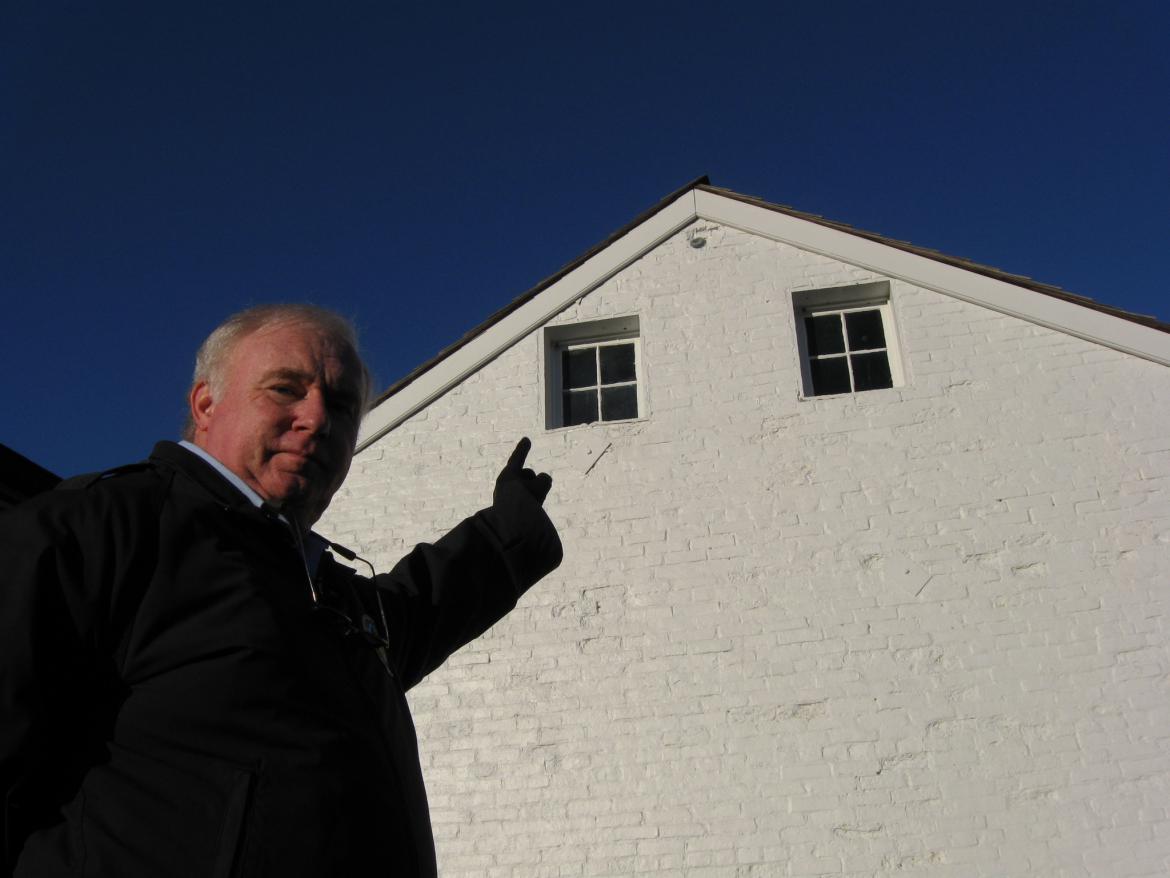 The National Park Service’s List of Classified Structures states the “photographic evidence indicates that the building was under construction during the battle.” The evidence, they say, is the incomplete structure to the left of the house. The dead horses belonged to the 9th Massachusetts Battery. The National Park Service places the date of the summer kitchen being built from 1862-1863. This view was taken facing northeast at approximately by Timothy O’Sullivan in July, 1863. It is courtesy of the Library of Congress.

A closer view of the artillery shell in the Trostle Summer Kitchen. This view was taken facing northeast at approximately 4:00 PM on Sunday, January 15, 2012

As of now, there are 157 places/facts on the list, and they are not in any particular order.