In today’s 140 Places Every Guide Should Know post, Gettysburg Licensed Battlefield Guide Fred Hawthorne shows us the site of the Fahnestock House, artillery shells in the McClean House, and the Wills Building. 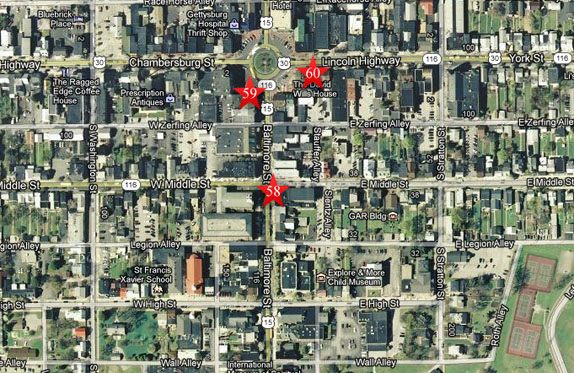 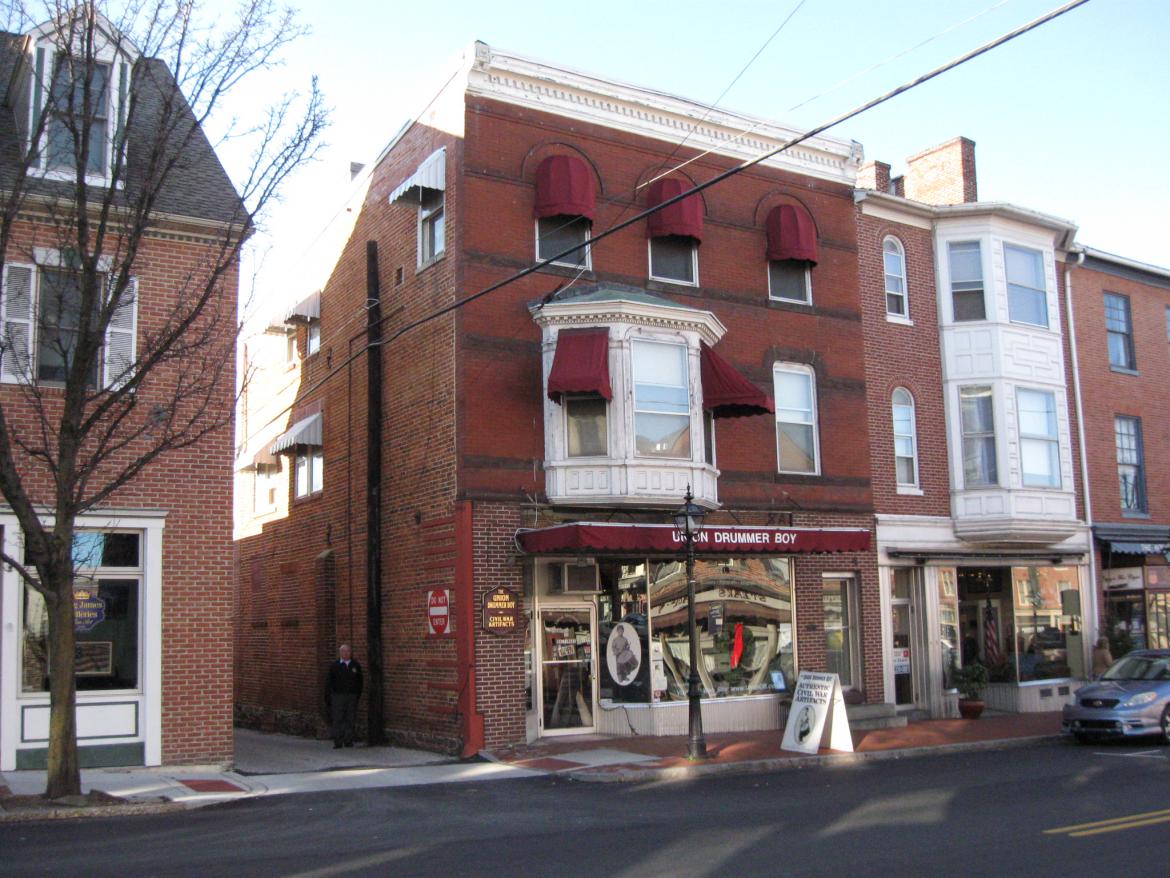 A closer view of the shell that is stuck in the McClean House on Baltimore Street. This view was taken facing northwest at approximately 3:15 PM on Sunday, January 15, 2012 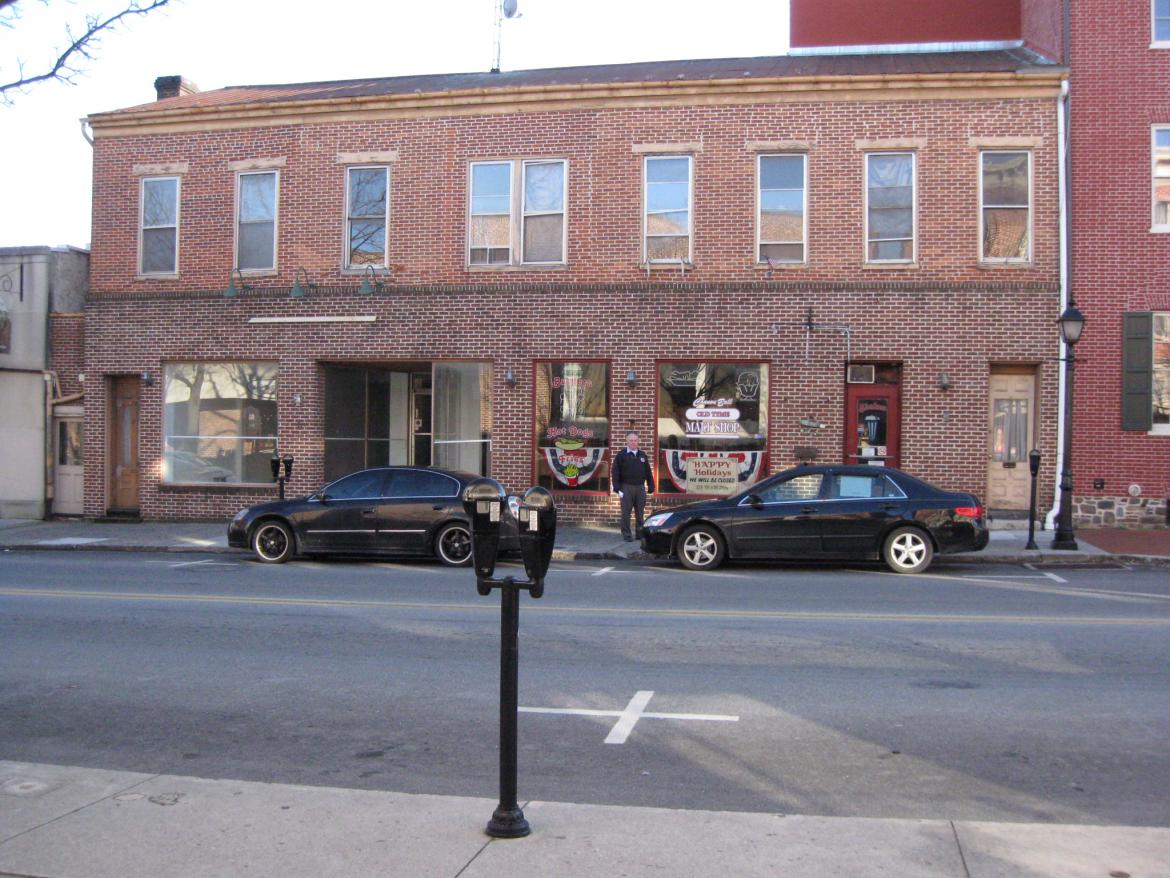 Fred Hawthorne is pointing out the location of the artillery shell stuck in the Wills Building building on York Street. It is marked by a small American flag. This view was taken facing south at approximately 3:15 PM on Sunday, January 15, 2012

As of now, there are 156 places/facts on the list, and they are not in any particular order.

154. Methodist Parsonage House: One of twelve buildings that still have CW artillery shells

155. McClean House: One of twelve buildings that still have CW artillery shells

156. Wills Building: One of twelve buildings that still have CW artillery shells