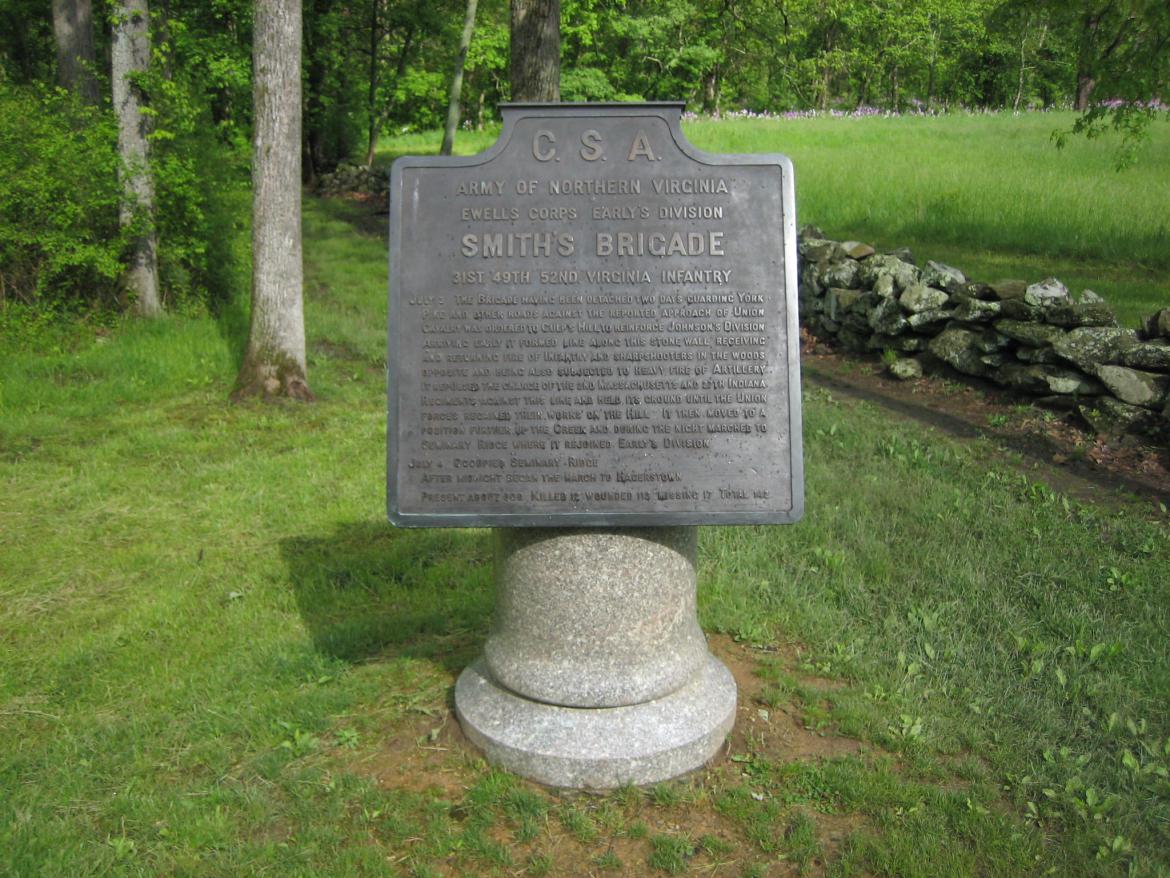 Smith’s Brigade Marker is located at the foot of the east side of lower Culp’s Hill, or Spangler’s Hill. The marker is along East Confederate Avenue on the north side of Spangler’s Meadow. Smith’s Brigade consisted of three regiments, the 31st Virginia, the 49th Virginia (Smith’s original regiment), and the 52nd Virginia. This view was taken from the west facing east at approximately 4:45 PM on Tuesday, May 20, 2008.

Monday’s photos featured the oldest U.S. General at the Battle of Gettysburg, George Sears Greene. Today’s pictures feature the brigade marker of William “Extra Billy” Smith (1797-1887) the oldest Confederate General at Gettysburg, and the oldest general overall at Gettysburg– 65 years of age. Smith achieved his nickname when he established a line of mail and passenger coach post coaches in Virginia, the Carolinas, and Georgia in 1831. He was given a contract, during Andrew Jackson’s administration to deliver mail between Washington, D.C., and Milledgeville, Georgia’s then state capital. Smith extended the line with numerous spur routes to other towns, and received extra fees. Smith served in the Mexican War, and twice served as governor of Virginia: 1846-1849 and 1864-1865. 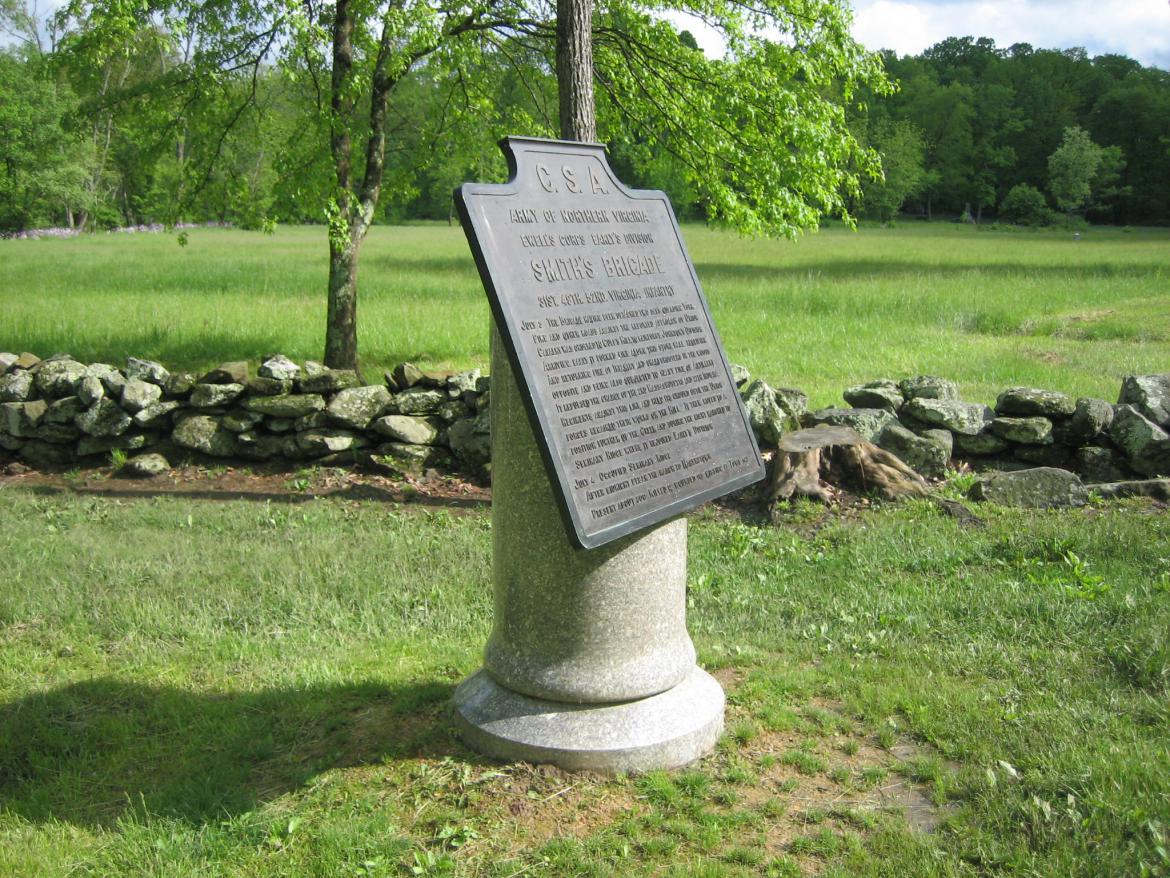 Spangler’s Meadow is on the other (southwest) side of the stone wall. On the afternoon of the first day, Smith, who belonged to Jubal Early’s division of Ewell’s Second Corps did not pursue retreating members of the Union’s Eleventh Army Corps. Smith believed that Union troops were approaching his men over the York Road, and halted his men to face them. Jubal Early later claimed that he didn’t think U.S. troops were approaching from that direction, but he sent John Brown Gordon’s Georgia Brigade to that area east of town to reenforce Smith. It was not verified that any United States troops were there, and Early sending away two of his four brigades at his critical moment, nullified an aggressive pursuit through the town. This view was taken from the northeast facing southwest at approximately 4:45 PM on Tuesday, May 20, 2008. 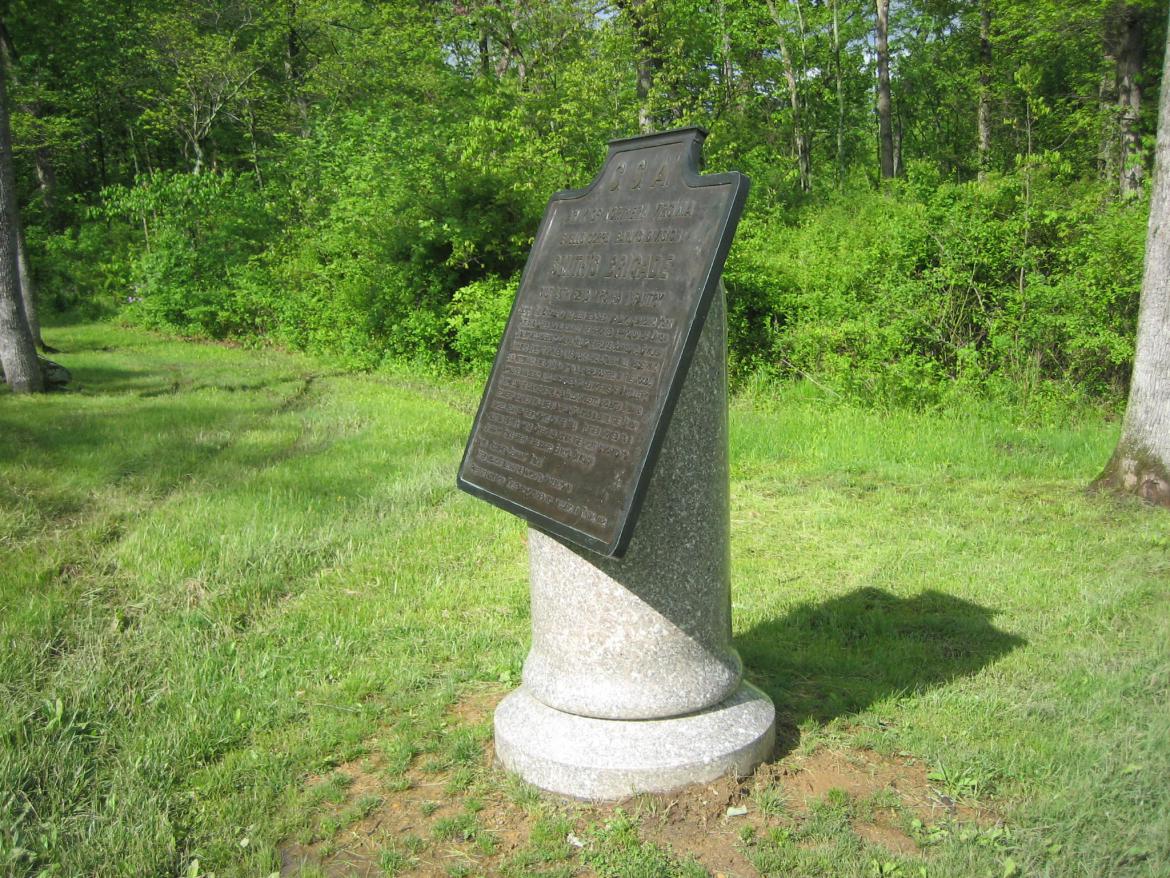 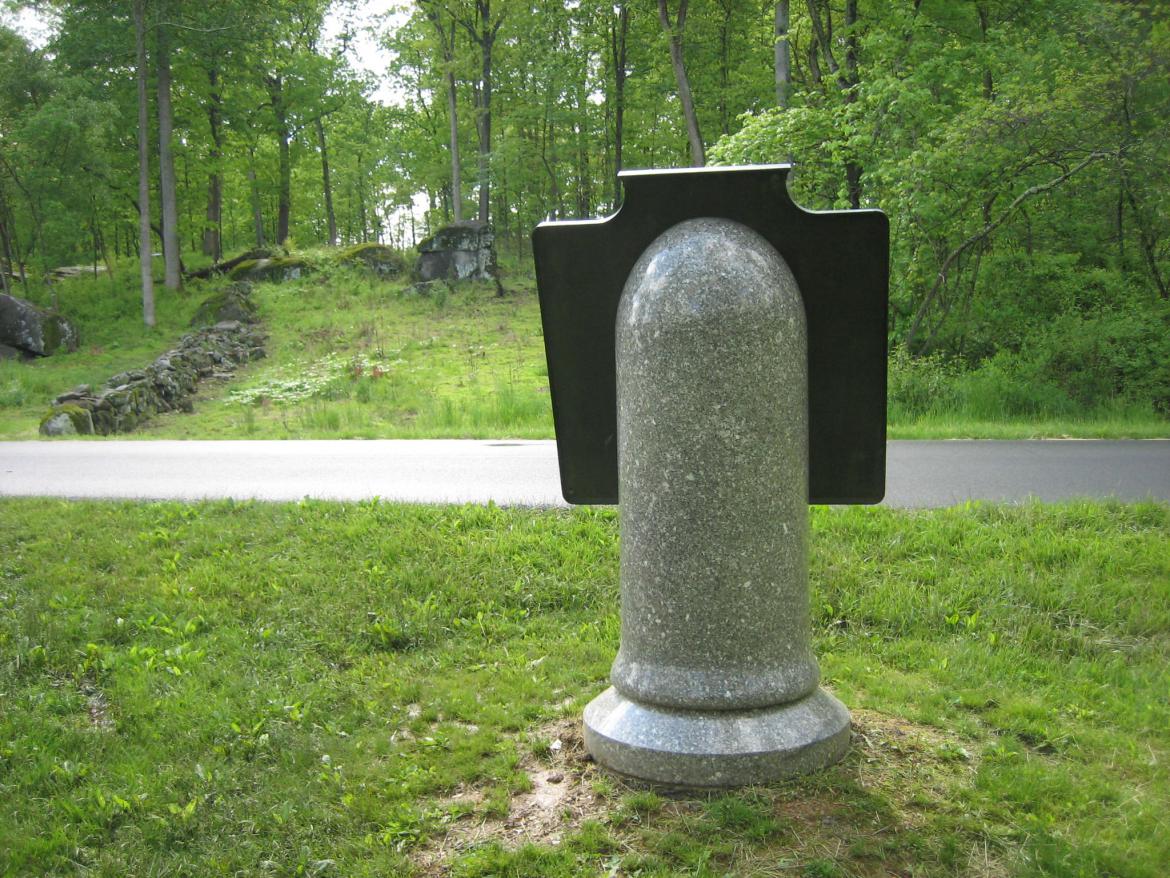 While Confederate General Edward Johnson praised Smith and his brigade for their “gallantry” at Gettysburg, his own division commander, Jubal Early, did not mention Smith in his report of the battle. Smith resigned on July 10, 1863. After the war, he engaged in agricultural pursuits, was elected to Virginia’s House of Delegates at the age of 80, and died at Warrenton, Virginia. Smith is buried in Hollywood Cemetery. Lower Culp’s Hill, or Spanger’s Hill is in the background of this photo. This view was taken from the east facing west at approximately 4:45 PM on Tuesday, May 20, 2008.