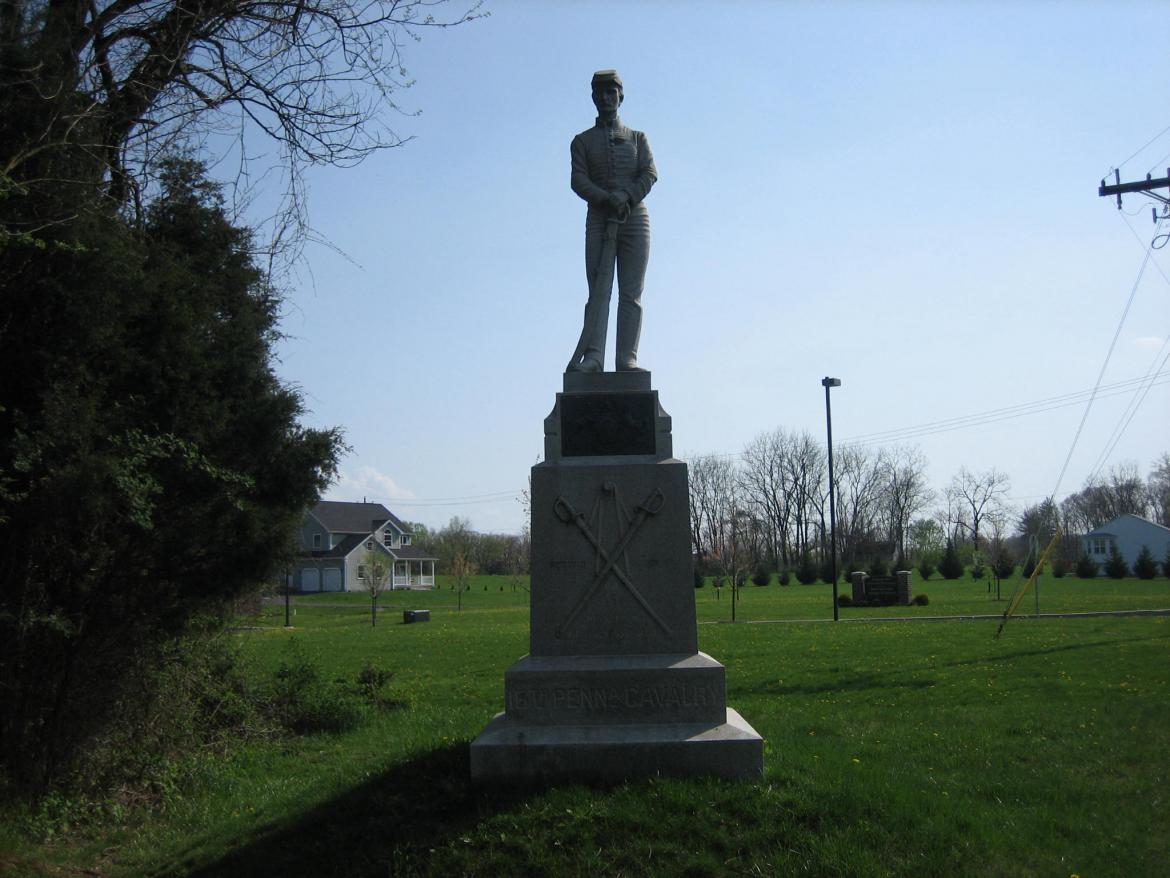 The front of the monument. The 16th Pennsylvania was recruited from across the commonwealth. It was organized on November 18, 1862 with J. Irvin Gregg as its Colonel. It was mustered out of service in Richmond, Virginia on August 7, 1865. This view was taken from the north facing south at approximately 4:20 PM on Wednesday, April 23, 2008.

Today we took photographs of a monument not frequently visited at Gettysburg– the monument to the 16th Pennsylvania Cavalry. Located across the street from 1265 Highland Avenue, the monument is between Highland Avenue to its west, and some woods and the modern US 15 to its east. It is located .4 of a mile south of the Gettysburg-Hanover Road. 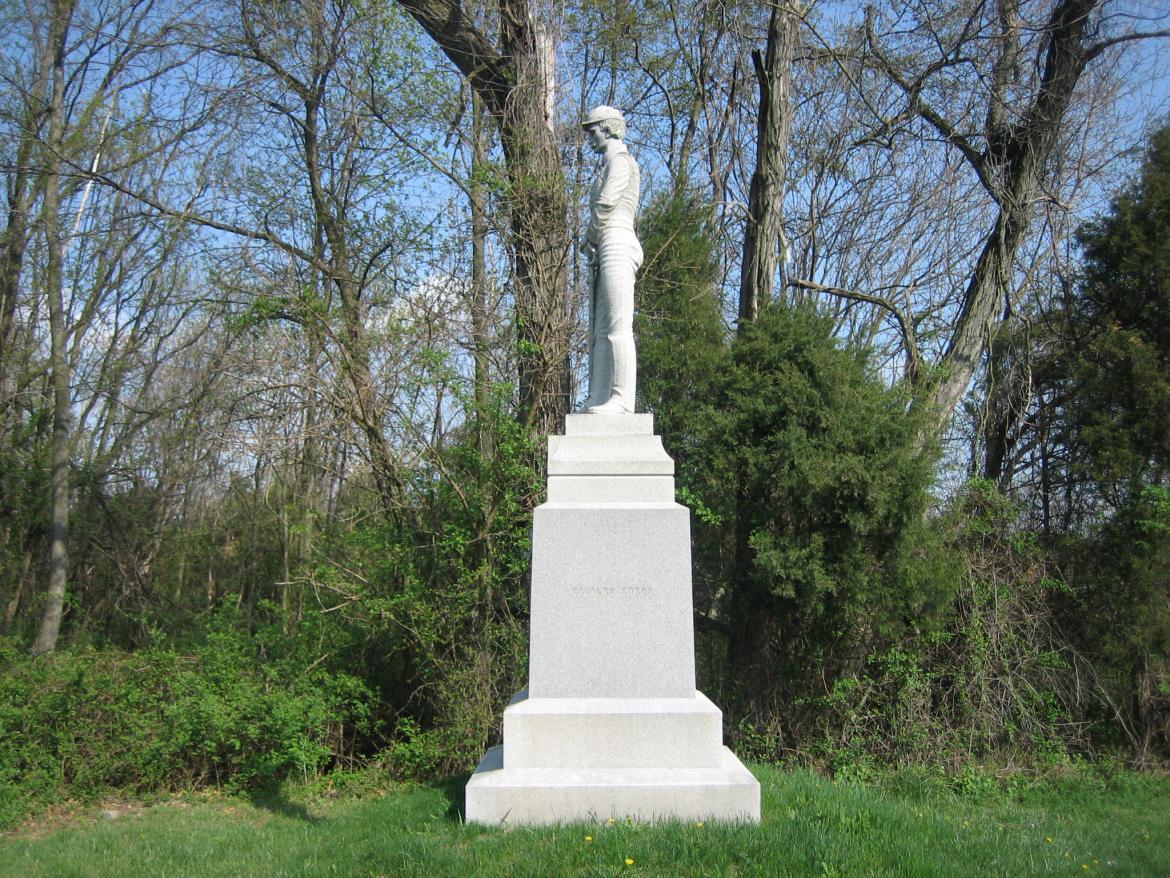 The west side of the monument. The 16th Pennsylvania Cavalry participated in over 60 engagements during the Civil War, and during that time lost 105 men and officers killed or mortally wounded. 197 men and officers were lost to disease for a total of 302. This view was taken from the west facing east at approximately 4:20 PM on Wednesday, April 23, 2008.

The south and east sides of the monument. The 16th Pennsylvania was not directly engaged at the Battle of Gettysburg. It was part of J. Irvin Gregg’s (their original Colonel) Third Brigade of David McM. Gregg’s Second Division of the Cavalry Corps. Its monument is located at the unit’s position on July 3, 1863. During the Gettysburg Campaign this unit lost two men killed and four wounded for a total of six. This view was taken from the south facing north at approximately 4:20 PM on Wednesday, April 23, 2008.