The front of the monument. The 90th Pennsylvania was recruited in the Philadelphia area. It was organized on October 1, 1861 with Peter Lyle as its Colonel. It was mustered out of service on November 26, 1864. This view was taken from the northeast facing southwest at approximately 5:30 PM on Thursday, April 24, 2008. 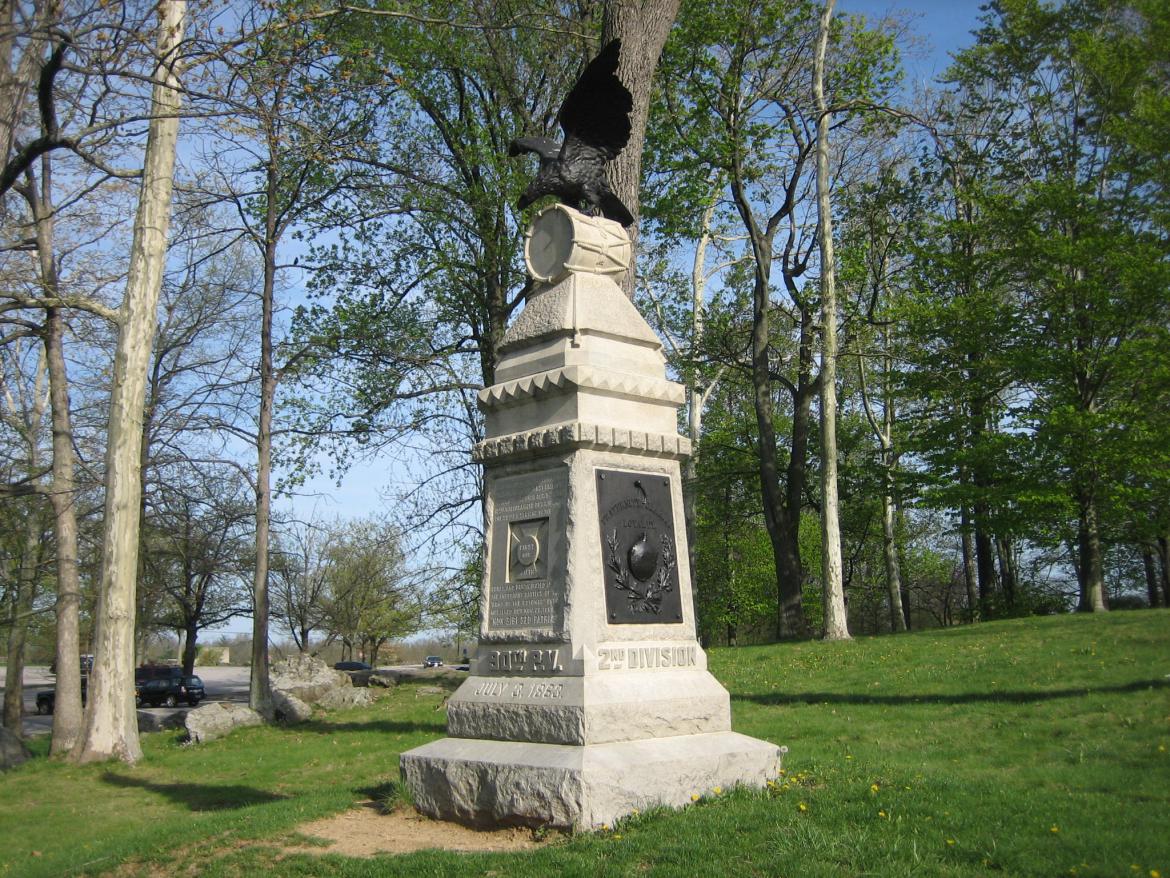 The 90th Pennsylvania participated in approximately 40 battles and campaigns. During the war, the unit lost 103 men and officers killed or mortally wounded. 127 men and officers died of disease. Total 230. This view was taken from the northwest facing southeast at approximately 5:30 PM on Thursday, April 24, 2008. 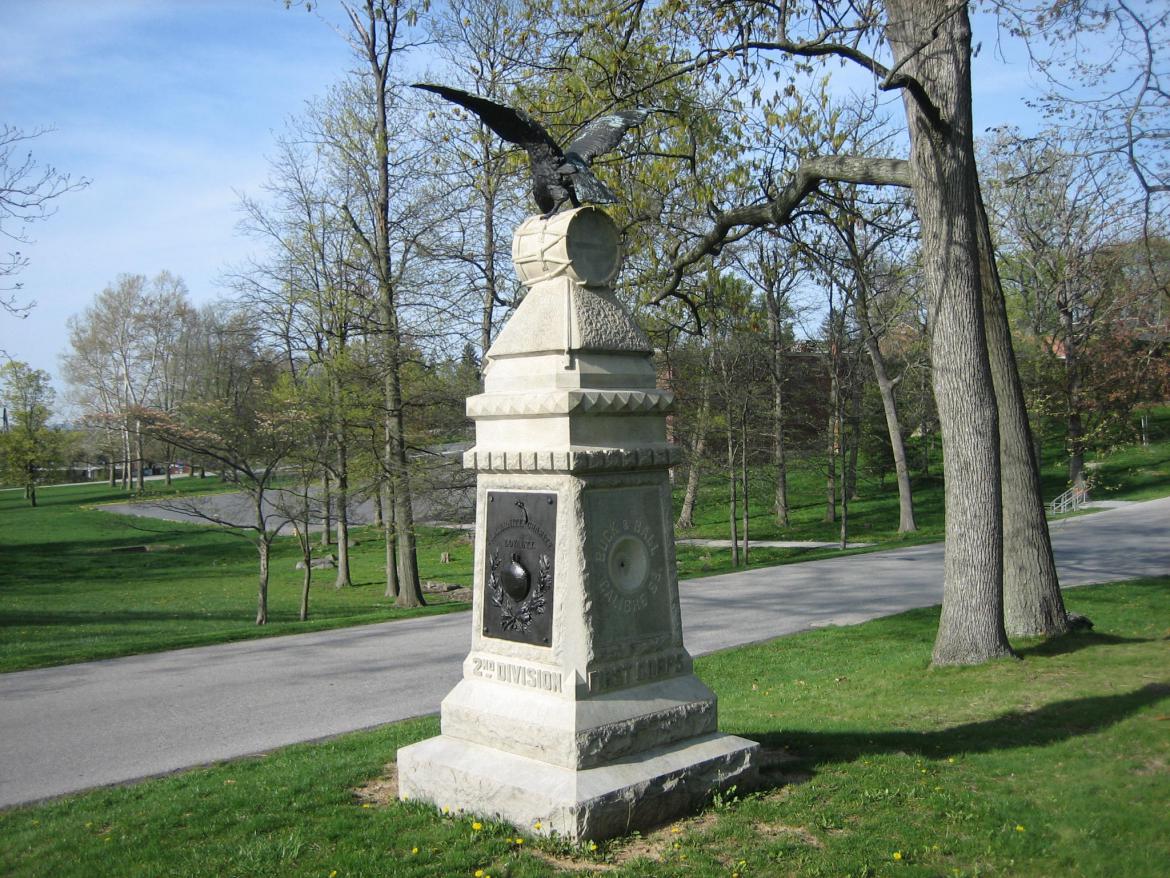 The regiment was heavily engaged on the first day of the battle of Gettysburg along Oak Ridge. The next two days the unit was in reserve. This view was taken from the southwest facing northeast at approximately 5:30 PM on Thursday, April 24, 2008. 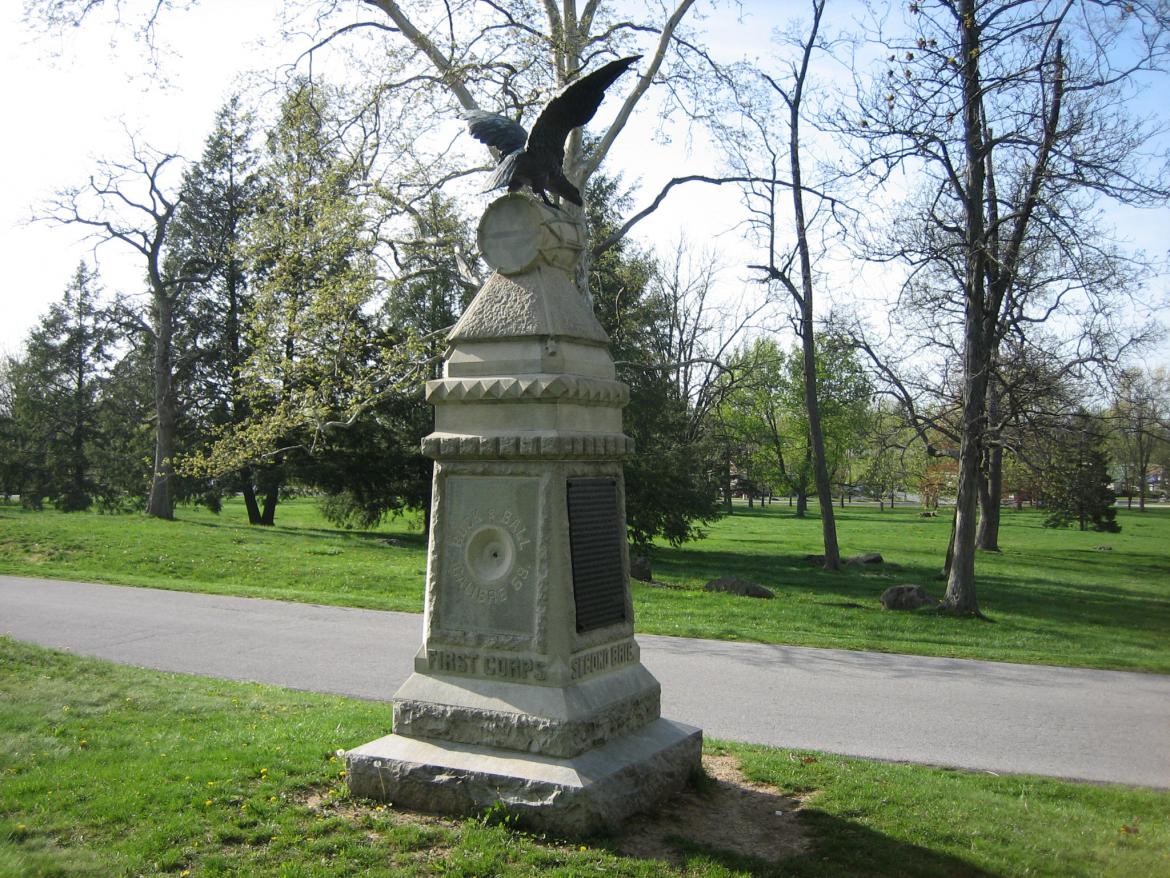