A postcard showing the attack of the 55th Virginia Infantry, of Brockenbrough’s Confederate Brigade, attacking the Pennsylvania Bucktails in the McPherson Barn. As Rich will explain later in the post, this is not the direction from which the Virginians attacked the Bucktails. In the postcard, the Virginians are attacking the west side of the barn while facing east. McPherson’s Woods/Herbst’s Woods/Reynolds’ Woods are in the background. In actuality, the Virginians attacked the east side of the barn by facing west. This view, courtesy of Rich Kohr, is facing southeast.

The original “Bucktails” were the 13th Pennsylvania Reserves Regiment (42nd Pennsylvania Infantry Regiment). They were so named because of the regiment’s custom of having each man wear on his hat the tail of a deer he had shot. The Bucktails were said to be all superior marksmen, and during the first year of the war they distinguished themselves as skirmishers and sharpshooters.

In July 1862, because of this excellent record, Secretary of War Edwin M. Stanton directed Roy Stone, a major in the 13th Pennsylvania Reserves, to enlist an additional brigade of Bucktails. Stone raised 20 companies of recruits by the end of August to send to Harrisburg for official organization into the 149th and 150th Pennsylvania regiments. The new volunteers, having proudly adopted the distinctive badge of the earlier group, also called themselves the “Bucktails” or sometimes the “New Bucktails.” The 143rd Pennsylvania would join the brigade in February, 1863.

At the beginning of the war, most of this brigade’s time had been spent within the fortifications of Washington, D.C. They were not significantly engaged at Chancellorsville, so Gettysburg would be their first major battle. Their most important contribution to the Battle of Gettysburg occurred on McPherson’s Ridge on July 1, 1863.

In our first Bucktails’ post Gettysburg Licensed Battlefield Guide Rich Kohr showed us the positions and actions of the Bucktails around the McPherson Farm and the Railroad Cut on July 1, 1863.

In today’s post, Rich Kohr shows us how the McPherson Barn was attacked, some rock carvings, and revisits the story of the flags of the 149th Pennsylvania. 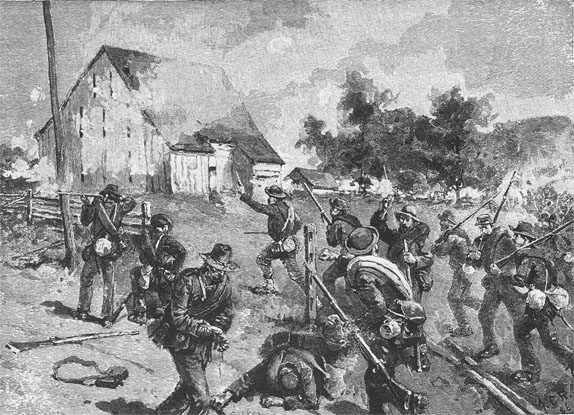 The color postcard was probably based on this drawing from Battles and Leaders, Retreat from Gettysburg, (Volume III), page 278. The caption reads: “Assault of Brockenbroughâ€™s Confederate Brigade (Hethâ€™s Division) Upon the Stone Barn of the McPherson Farm. The line of the stone barn was held by Stoneâ€™s brigade, Pennsylvania Bucktails (Doubledayâ€™s division), its right resting on the Chambersburg pike (the left of the picture) and its left on the McPherson woods, where a part of Archerâ€™s Confederate brigade of Hethâ€™s division was captured by Meredithâ€™s brigade.” Allen C. Redwood was an artist for the Century Magazine/Battles and Leaders series, and a member of the 55th Virginia Infantry Regiment. He was wounded in his right arm during the Battle of Gettysburg. The records do not show on which day he was wounded. It is speculated that he placed himself in this picture, in the front left, walking off the battlefield, towards the Confederate lines on Herr’s Ridge while holding his right arm. This view was drawn facing southeast circa 1887. 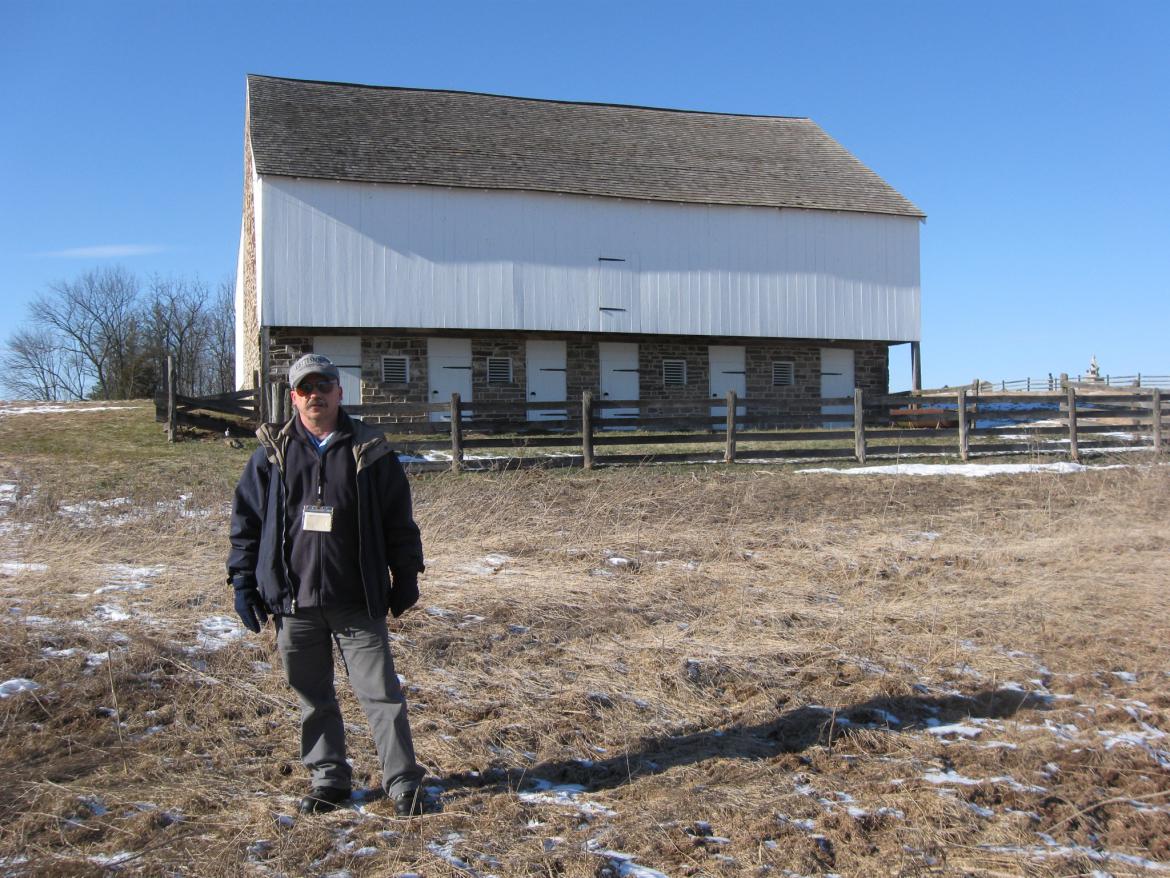 Gettysburg Licensed Battlefield Guide Rich Kohr is standing in the McPherson Lane. The McPherson Barn is background. This view was taken facing northwest at approximately 2:00 PM on Sunday, January 10, 2010. 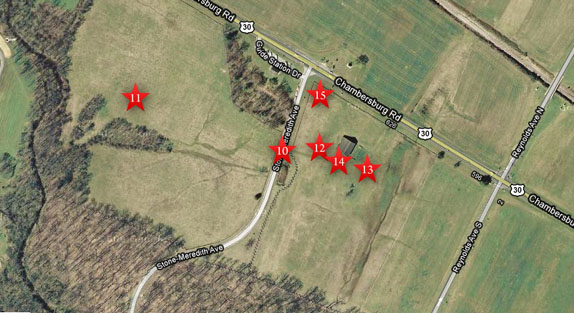 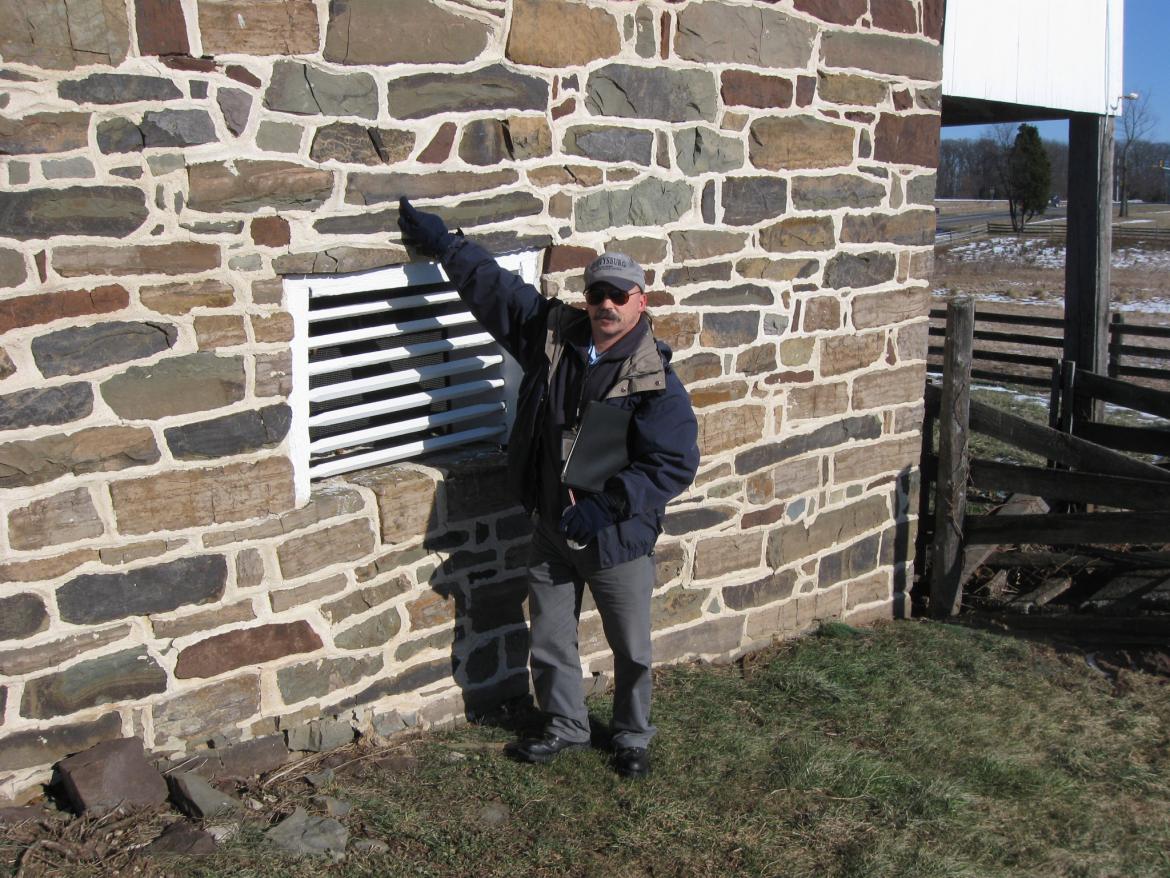 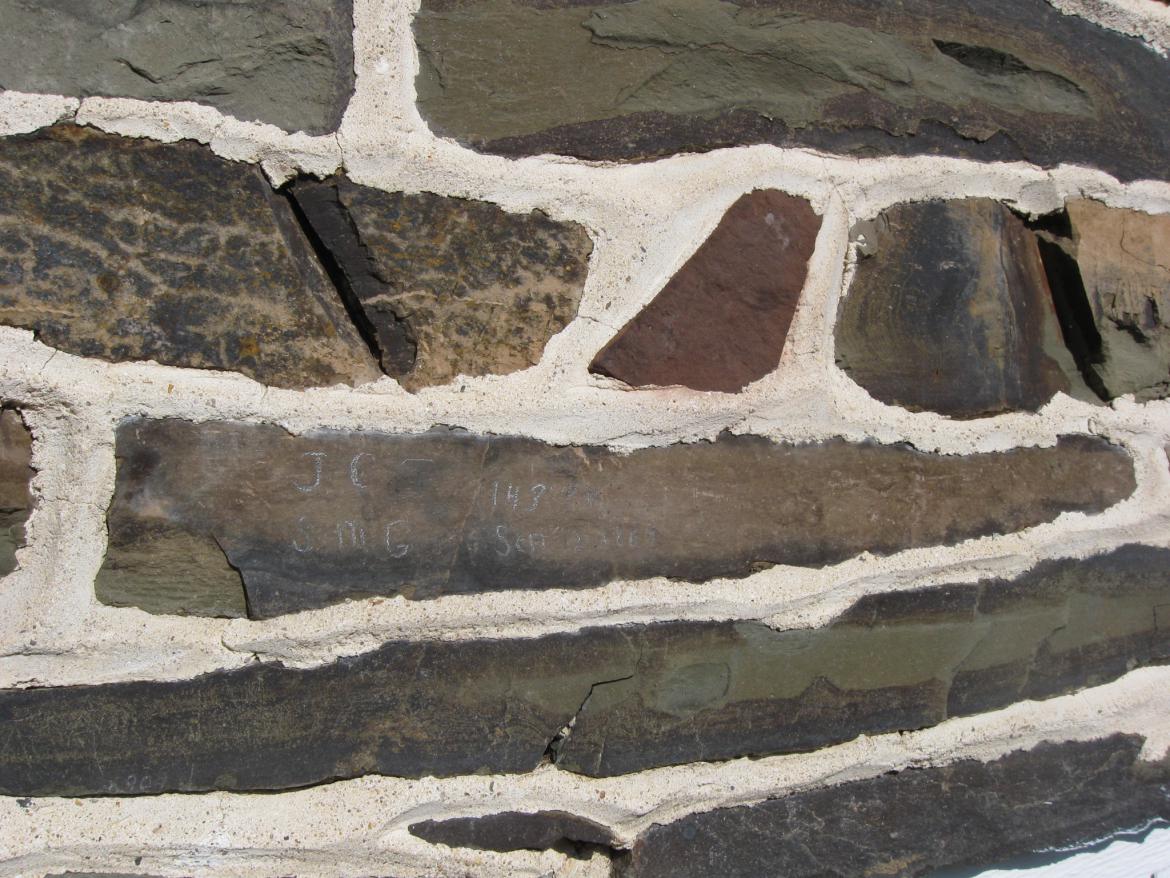