The painting, PRIDE OF ERIN, depicts the Irish Brigade about to engage the 7th and 3rd South Carolina Regiments of Brigadier General Kershaw’s Brigade on the Stony Hill after the Irish marched in the open across the Wheatfield. To their left is Cross’s Brigade, to their right [not in the painting] in western Rose’s Woods is Zook’s Brigade and to their rear is the Division reserve, Brooke’s Brigade. On the far right flank of the Irish Brigade’s line are the flags of the 116th PA [because it was comprised of Irish and German immigrants, Major Mulholland acceded to the request that the “normal” blue regimental flag be carried]. Next is the 28th Massachusetts with their “First” Green Flag, the one they carried at Fredericksburg, and then the 69th, 88th and 63rd NY (the left flank) Regiments with their “Second” Green Flags. Pride of Erin, Painting by Dale Gallon, permission from Ms. Anne Gallon of Gallon Historical Art, Gettysburg, PA, www.Gallon.com

In today’s Irish Brigade post, Gettysburg Licensed Battlefield Guide John Fitzpatrick shows how the Irish Brigade advanced across the Wheatfield, took the Stony Hill, and were then forced to retreat. 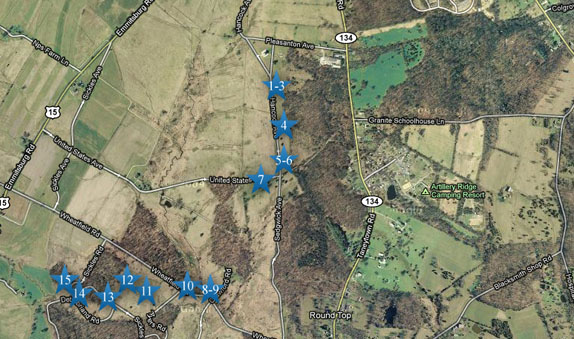 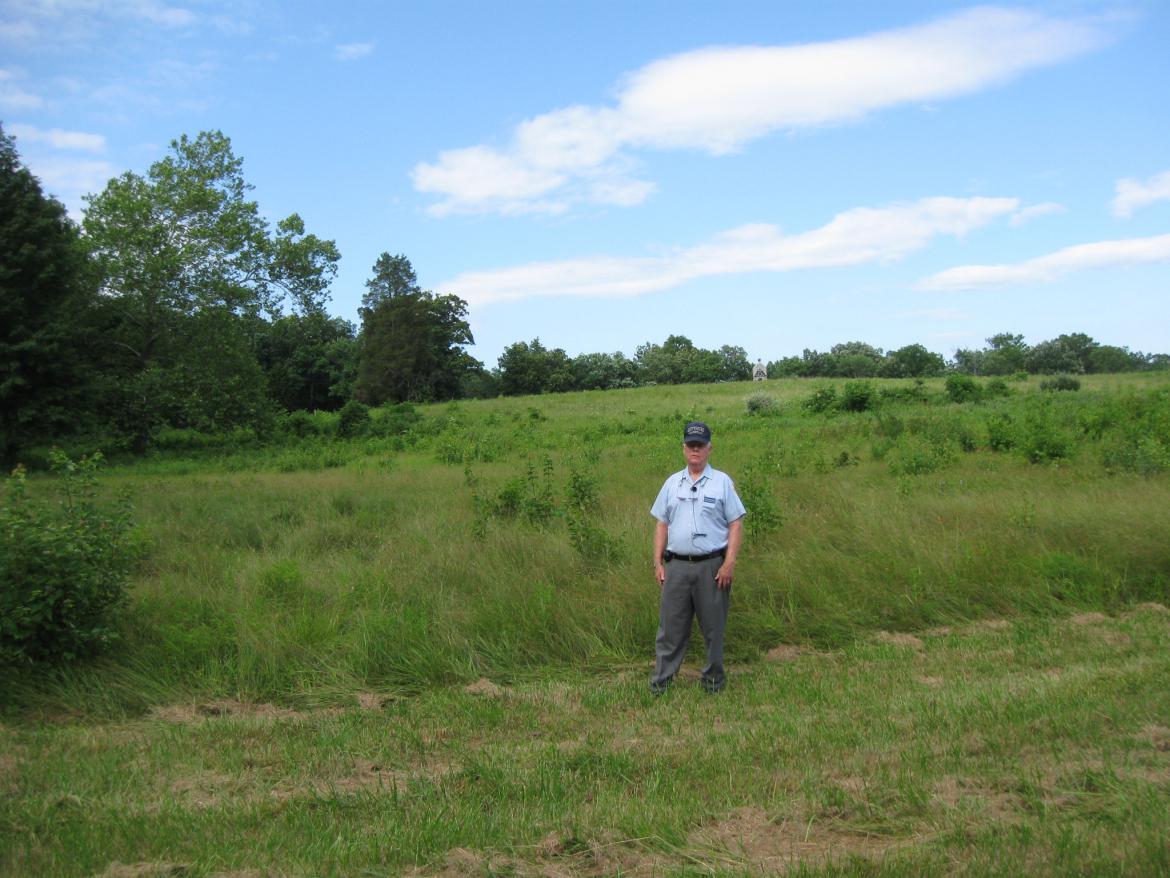 Gettysburg Licensed Battlefield Guide John Fitzpatrick is the host for this series on the Irish Brigade. He is standing near the southwest section of Rose’s Wheatfield. The monument on the rise of ground in the background marks the position of Winslow’s Battery D, 1st New York Light Artillery. The woods of the Stony Hill are on the left. Sickles Avenue is behind the photographer. On the afternoon of July 2, 1863, the Irish Brigade advanced across the Wheatfield in the direction of the camera position. This view was taken facing northeast at approximately 5:00 PM on Friday, June 24, 2011. 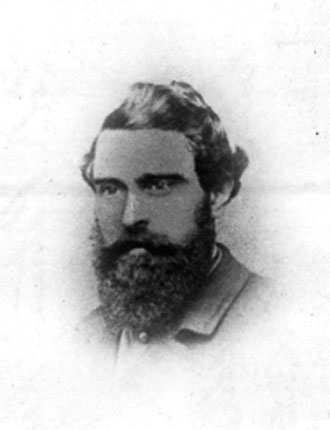 Colonel Patrick Kelly was born in 1821 in Castlehacket, County Galway, Ireland. He was first appointed Lieutenant Colonel, then on October 16, 1862 as Colonel of the 88th New York Infantry Regiment. He succeeded to command of the Irish Brigade after General Meagher’s resignation in May, 1863 and led them at Gettysburg. His favorite horse was named “Faugh a Ballagh”, Gaelic for “Clear the Way.” This was then the motto of the 28th Massachusetts, and today is the motto of the 69th New York Army National Guard, in New York City. On September 10, 1863, General Meagher wrote a letter to President Lincoln recommending that Colonel Kelly be promoted to Brigadier General in command of the brigade. There was no response from the President. Colonel Kelly soldiered on. While leading the Irish Brigade in an assault on Petersburg, VA on June 16, 1864, he was shot in the brow and killed instantly. Photo courtesy of the US Army HEC, Carlisle, PA
In Video #13 (Videos #1-#12 were shown in our previous posts) Gettysburg Licensed Battlefield Guide John Fitzpatrick describes where the Irish Brigade first took fire as they crossed the Wheatfield and attacked the Stony Hill. This view was taken facing northeast to southwest at approximately 5:00 PM on Friday, June 24, 2011. 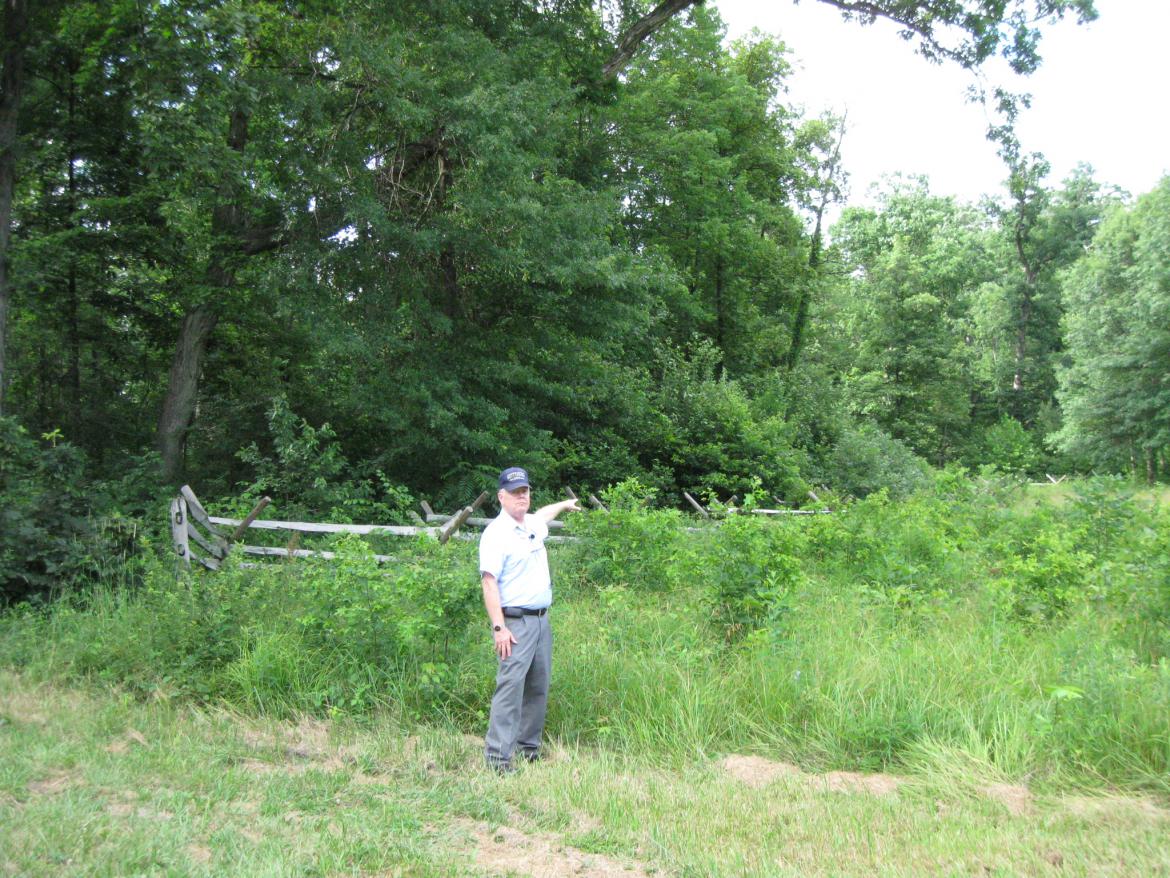 Licensed Battlefield Guide John Fitzpatrick is pointing to the fence separating the Wheatfield on the right from the Stony Hill on the left. This fence is featured in Dale Gallon’s painting which we showed as our first image of this post. This view was taken facing north at approximately 5:00 PM on Friday, June 24, 2011.
In Video #14 Licensed Battlefield Guide John Fitzpatrick shows how the Irish Brigade attacked the Stony Hill and how far they advanced over the crest of the hill. This view was taken facing northeast to north to southwest to west to southwest to west at approximately 5:00 PM on Friday, June 24, 2011. 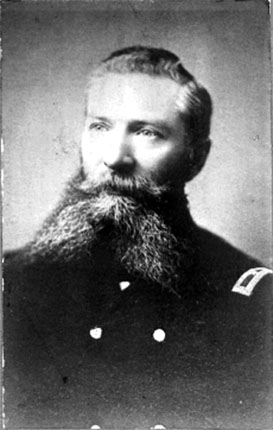 Major St. Clair A. Mulholland, commander of the 116th Pennsylvania Infantry Regiment, was born in 1839 in Lisburn, County Antrim, Ireland. He will later write the only regimental history of the five regiments that comprised the Irish Brigade of the Army of the Potomac. He will be wounded four times before the war was over. He received the Medal of Honor for leading his regiment to retrieve the abandoned guns of the 5th Maine Battery and covering the retreat across the Rappahannock at Chancellorsville, May 1863. He was brevetted a Brigadier General for his actions in the Wilderness, May 5, 1864. He was later brevetted a Major General for his actions while storming a fort at Petersburg, October 27, 1864. He will serve as Chief of Police, Philadelphia, Pennsylvania, and be appointed by three Presidents as a United States Pension Agent, working tirelessly on behalf of Veterans and their families. He was a major factor behind the creation, placement and dedication of the Father Corby statue at Gettysburg, October 10, 1910. Photo courtesy of the US Army HEC, Carlisle, PA 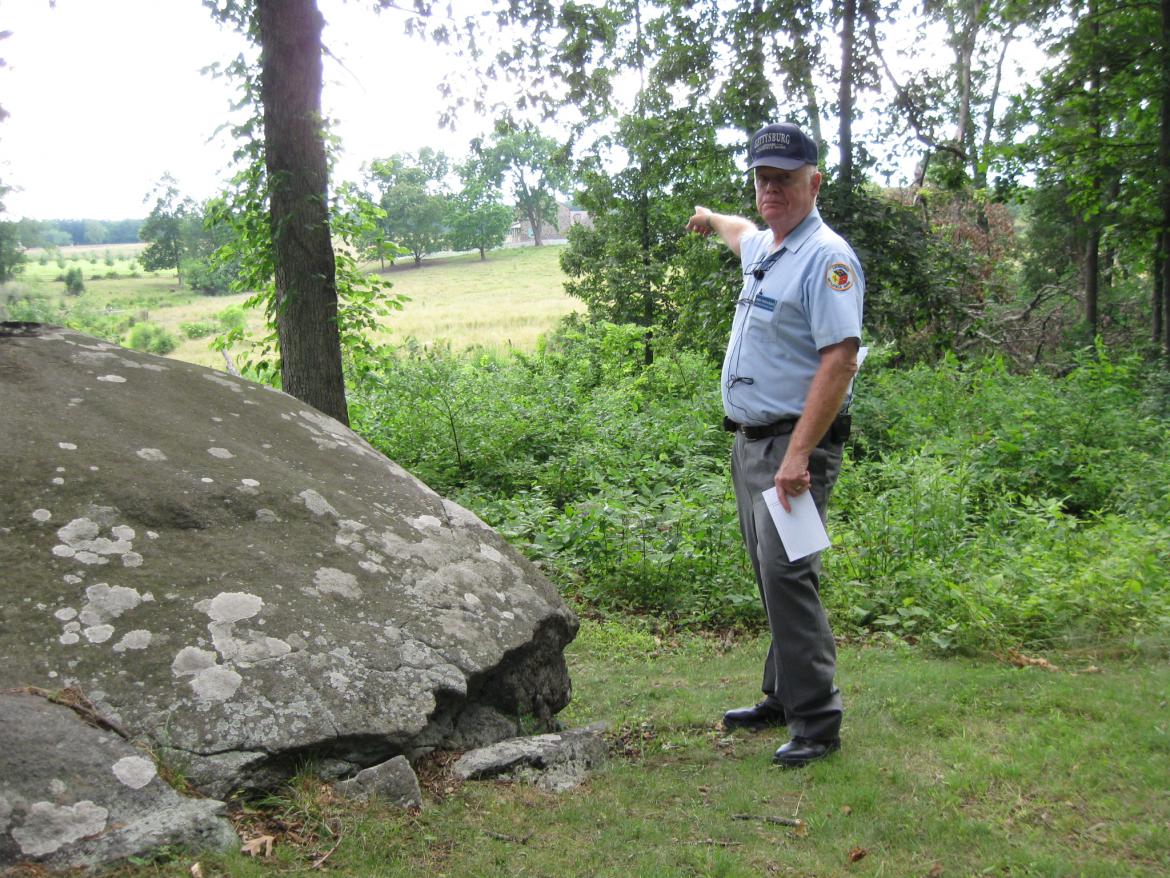 John Fitzpatrick is standing in “The Loop” area on the Stony Hill by one of the rocks from which the Irish drove Kershaw’s South Carolinians. He is pointing to the Rose House where the South Carolinians were forced to reform. The rock on the left is now the location of the monument to the 1st Michigan Infantry Regiment. This view was taken facing southwest at approximately 5:00 PM on Friday, June 24, 2011. 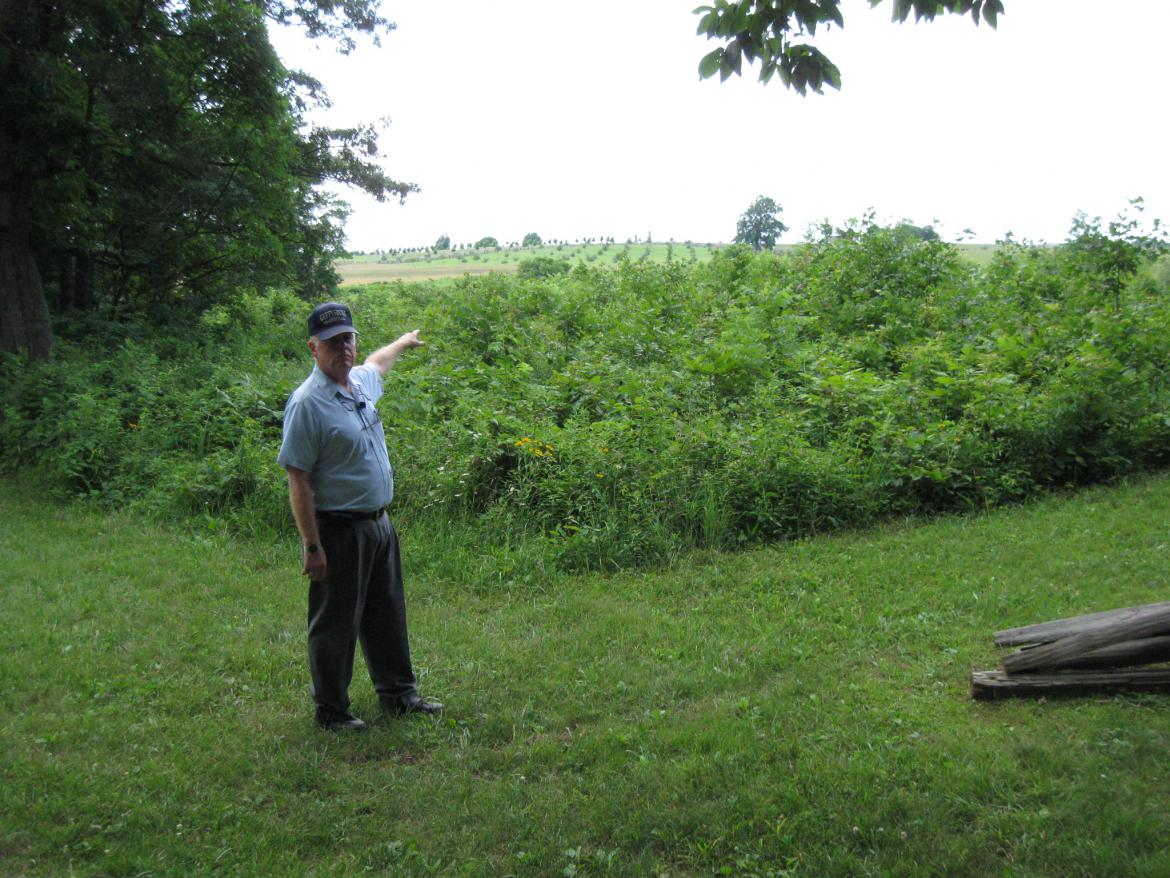