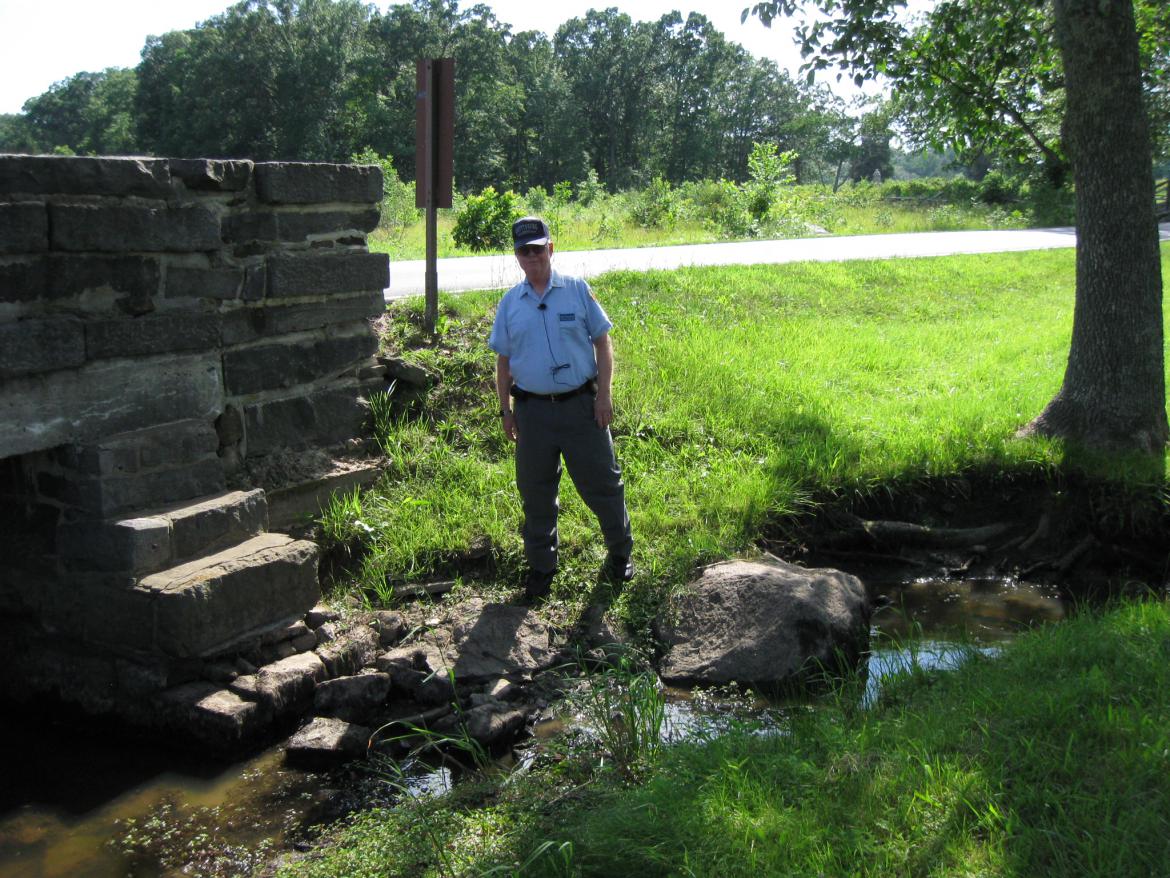 Gettysburg Licensed Battlefield Guide John Fitzpatrick is the host for our series on the Irish Brigade. He is standing by Plum Run and the Wheatfield Road. The Irish Brigade crossed Plum Run in this area when they advanced to the Wheatfield on July 2, 1863. The Wheatfield is in the right background. This view was taken facing southwest at approximately 4:30 PM on Friday, June 24, 2011. 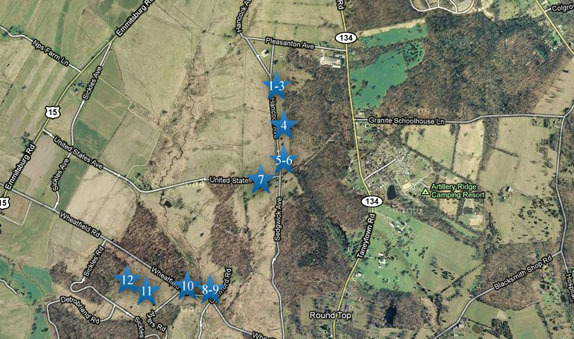 This map shows the location of the Irish Brigade videos. Video #1-#9 were shown in our previous posts. Video #10 was taken at Plum Run near the junction of the Wheatfield Road with Crawford Avenue. Video #11 was on the high ground in the eastern section of the Wheatfield. Video #12 was taken near Winslow’s New York Battery. This map was created facing north at approximately 7:00 PM on Friday July 7, 2011.
In Video #10 (Videos #1-#9 were shown in our previous posts) Gettysburg Licensed Battlefield Guide John Fitzpatrick brings the Irish Brigade across Plum Run to the Wheatfield. This view was taken facing northwest to southwest at approximately 4:30 PM on Friday, June 24, 2011. 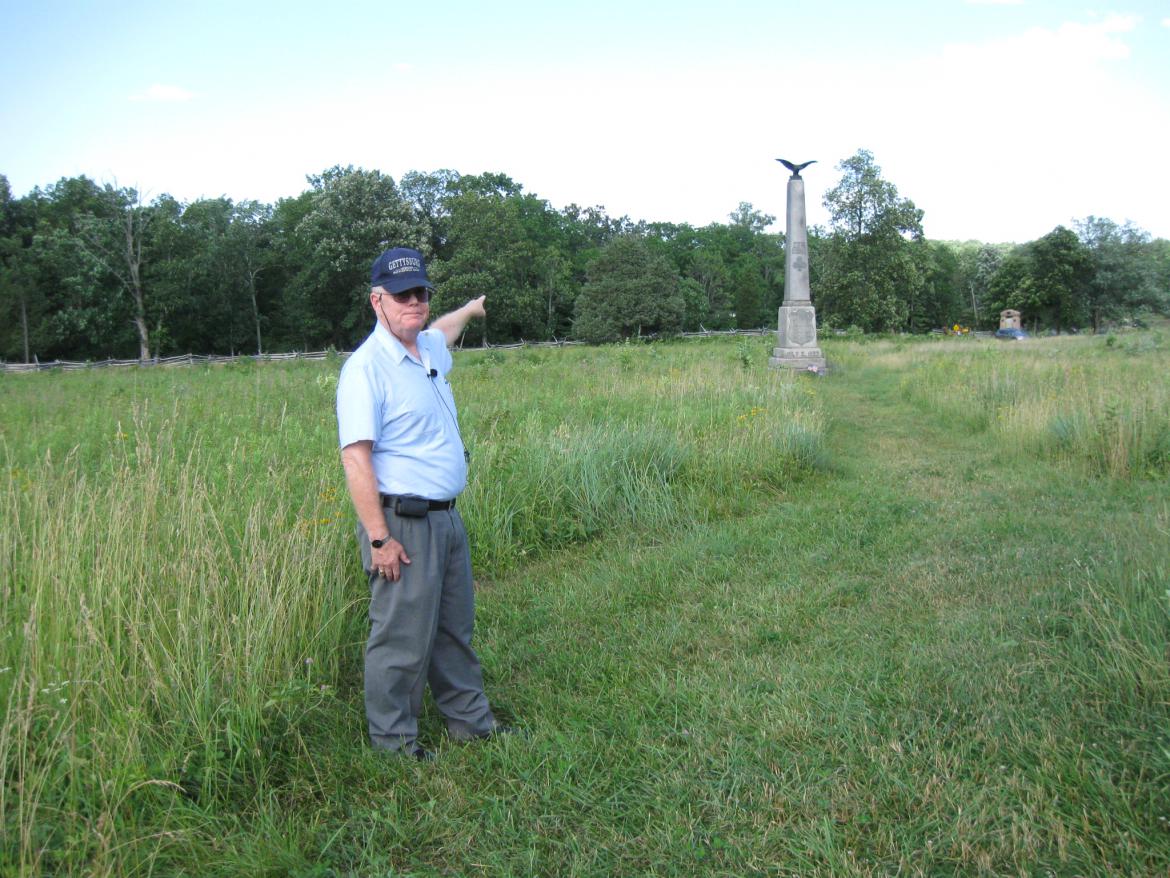 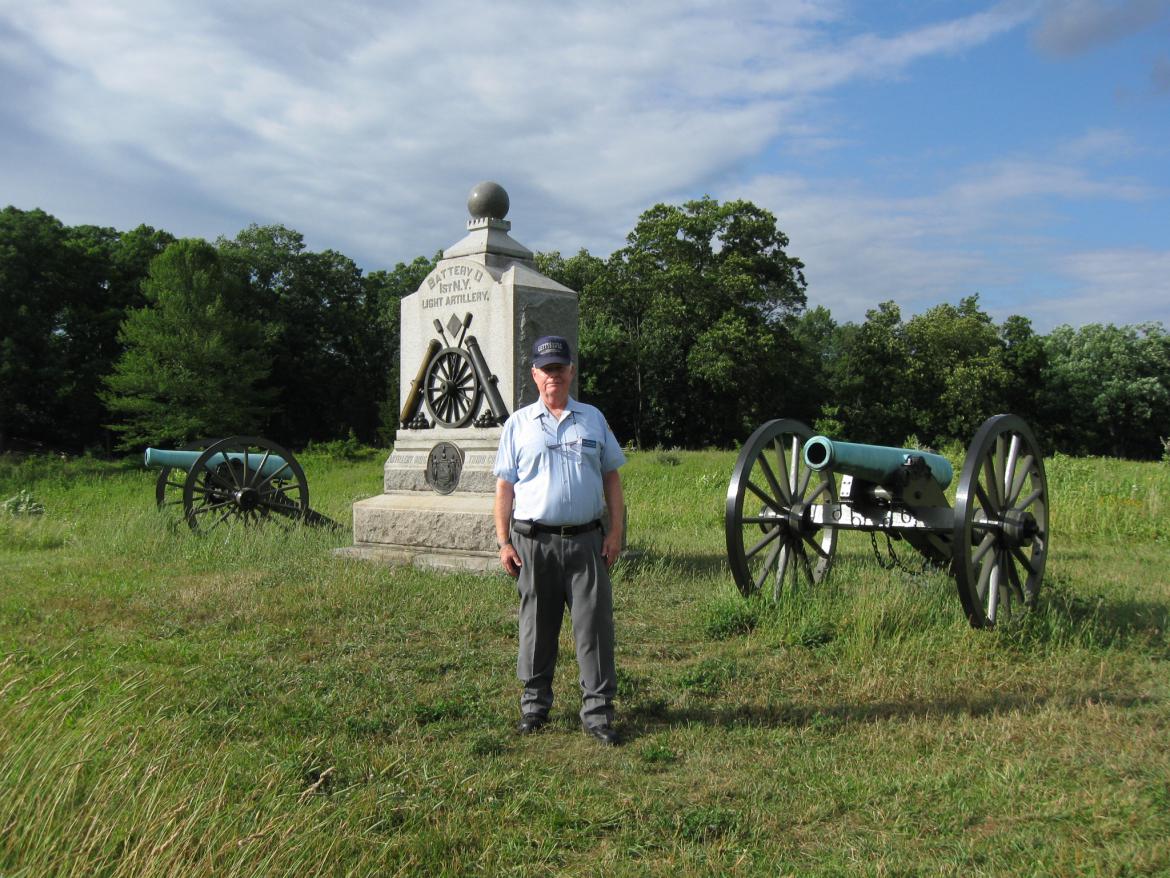 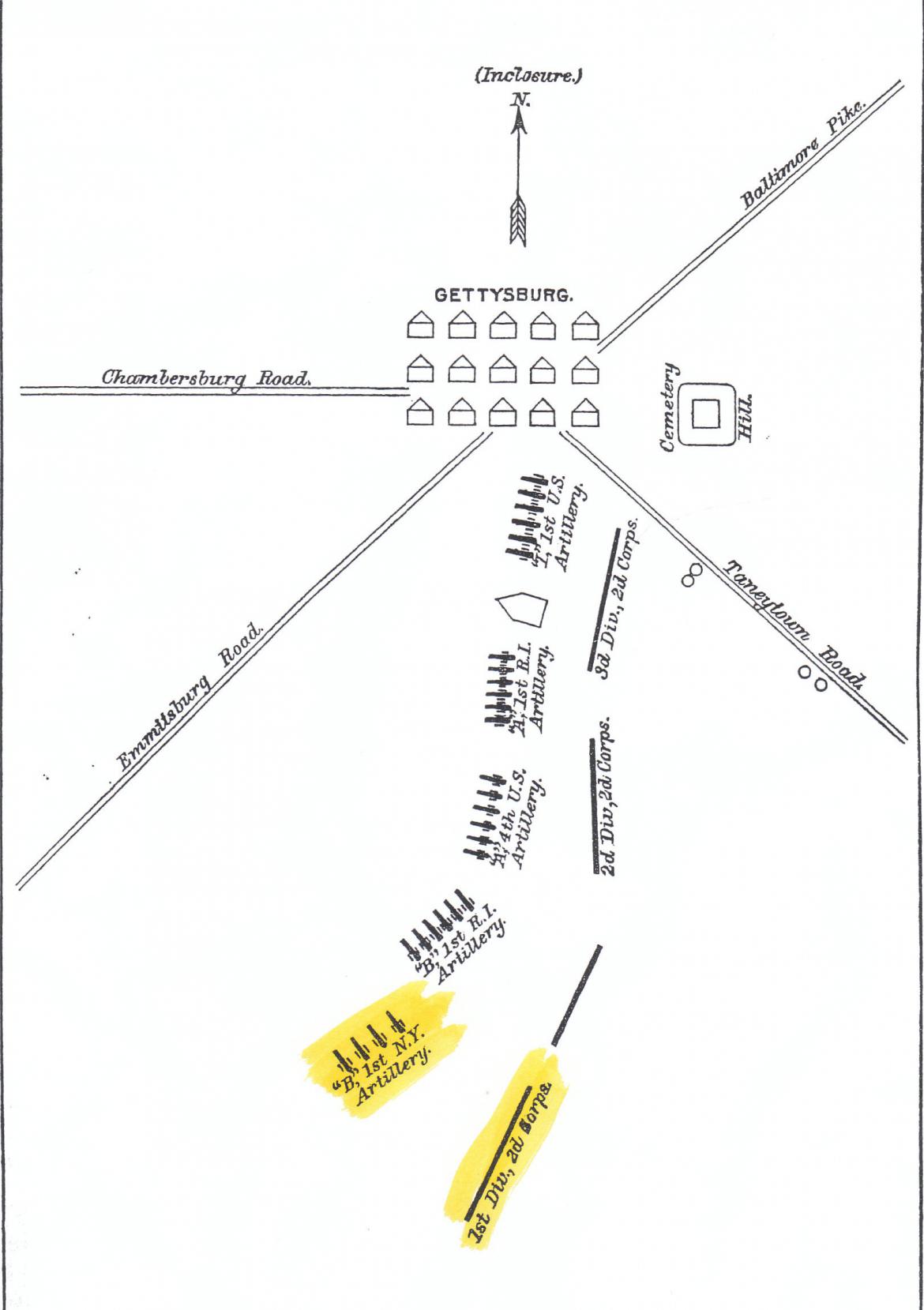 This map shows the position of Captain James Rorty’s Battery B, 1st New York Light Artillery on Cemetery Ridge. This map is included in the Official Records of the War of the Rebellion, Series I, Volume 27, Part 2 page 479.