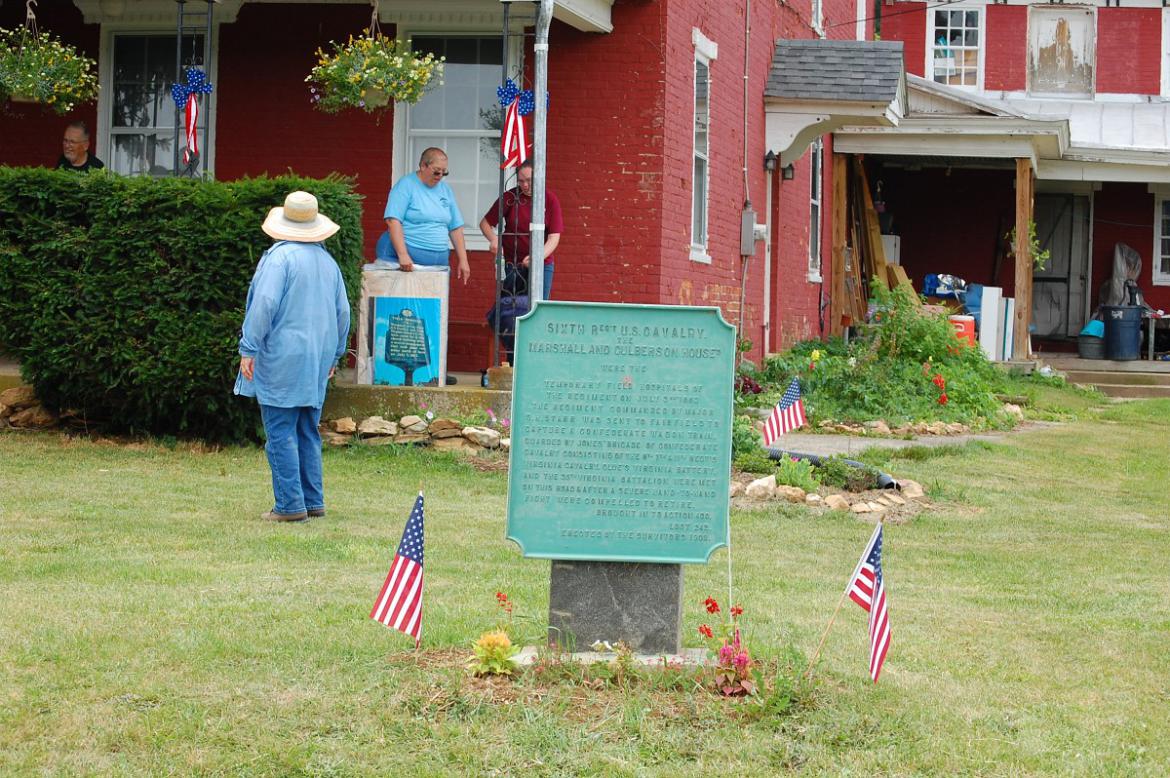 This marker was erected in 1909 by survivors of the 6th United States Cavalry. The marker stands in front of the Benjamin Marshall House on the Carrolls Tract Road, between Cashtown and Fairfield. This view was taken facing west at approximately 1:10 PM on Sunday, July 3, 2011.

“Samuel Starr’s 6th U. S. Cavalry made a daring ride into the Confederate rear, on July 3, 1863, stirring up a hornets’ nest. General Grumble Jones’ 6th, 7th & 11th Virginia Cavalry regiments responded to the emergency prompting a vicious fight. To the accompaniment of the artillery bombardment preceding Pickett’s Charge, and at the same time that Custer clashed with Stuart at East Cavalry Field, Starr and Jones blazed away on the Confederate line of communication at Fairfield. Though Jones’ Confederates eventually held the field, it was not without significant losses and great alarm that federal cavalry had gained their rear so quickly.”

To view Part 1 of this tour, please click here. 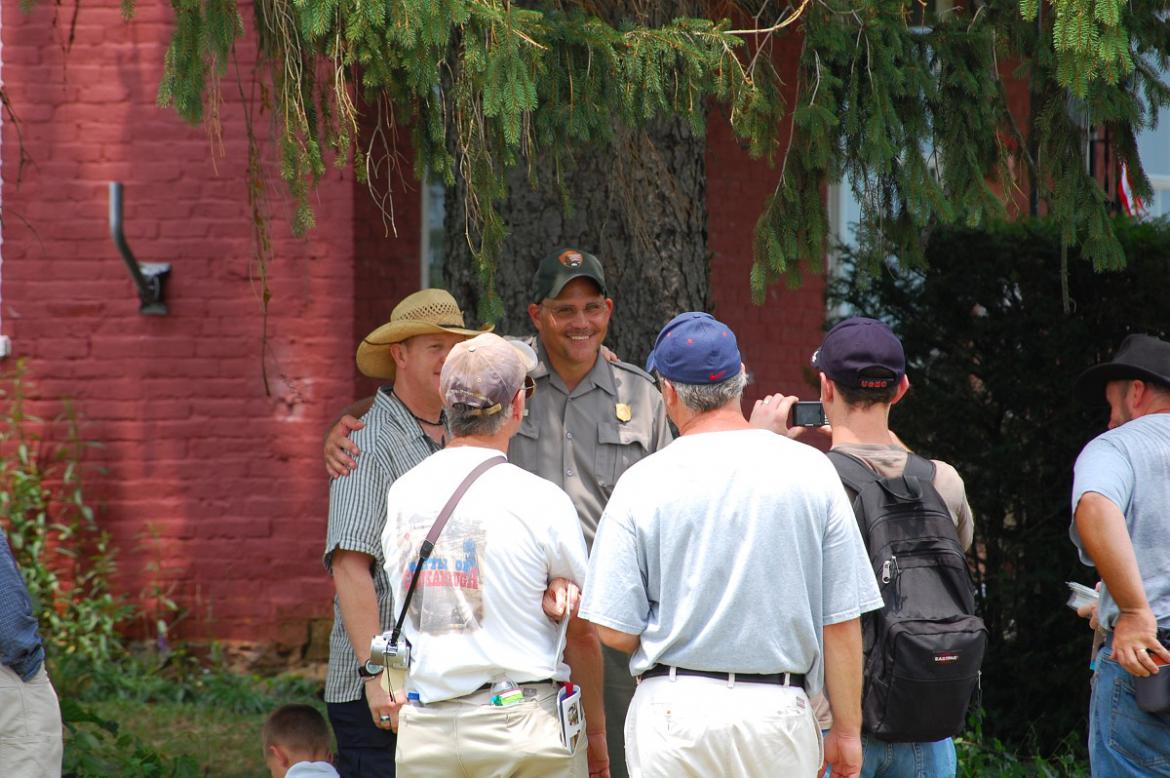 National Park Ranger Troy Harman poses with visitors for a photograph at the tour’s conclusion in front of the Marshall House. This view was taken facing northwest at approximately 1:15 PM on Sunday, July 3, 2011.