Four new sets of traffic lights will soon be operational in Gettysburg. Here is the set of lights at the intersection of Carlisle Street and Water Street. This view was taken from the southwest facing northeast at approximately 2:30 PM on Thursday, August 14, 2008.

In Gettysburg, Pennsylvania, four new sets of traffic signals have been installed and will soon be operational. Their purpose to to help regulate traffic coming into the town square. Traffic has constantly been a problem in Gettysburg, especially in the summer months.

The US 15 (North to South) Bypass with four lanes was completed to the east side of Gettysburg in 1990. Gettysburg’s attachment to the Lincoln Highway (US 30), however, has brought more traffic than the borough can handle. Gettysburg’s leaders appreciated the business brought in by the east to west running road. So much so, they attempted to fight the construction of the Pennsylvania Turnpike in 1940 for fear it would take away business from the Lincoln Highway.

In the early 1970s, the leaders of Gettysburg also fought a US 30 bypass north of the borough, again with a fear of losing business. The National Park Service anticipated the bypass being moved north of the town at that time and acquired land in that area (for instance the Samuel Cobean Farm see our post for May 6, 2008) for a new visitor center complex. So instead of having the visitor center complex to the south of town where it is located today, the complex would have been to the north of town where visitors could start the battlefield tour on the first day’s battlefield.

But the northern bypass was rejected, and visitors must drive through town to reach the first day’s battlefield and add to the traffic problems in the borough. So now here we are attempting to regulate traffic that doesn’t move very quickly with more traffic lights that will halt it altogether.

This set of traffic lights is at the intersection of Chambersburg Street (left to right) and Franklin Street. This view was taken from the southeast facing northwest at approximately 7:30 AM on Wednesday, August 13, 2008. 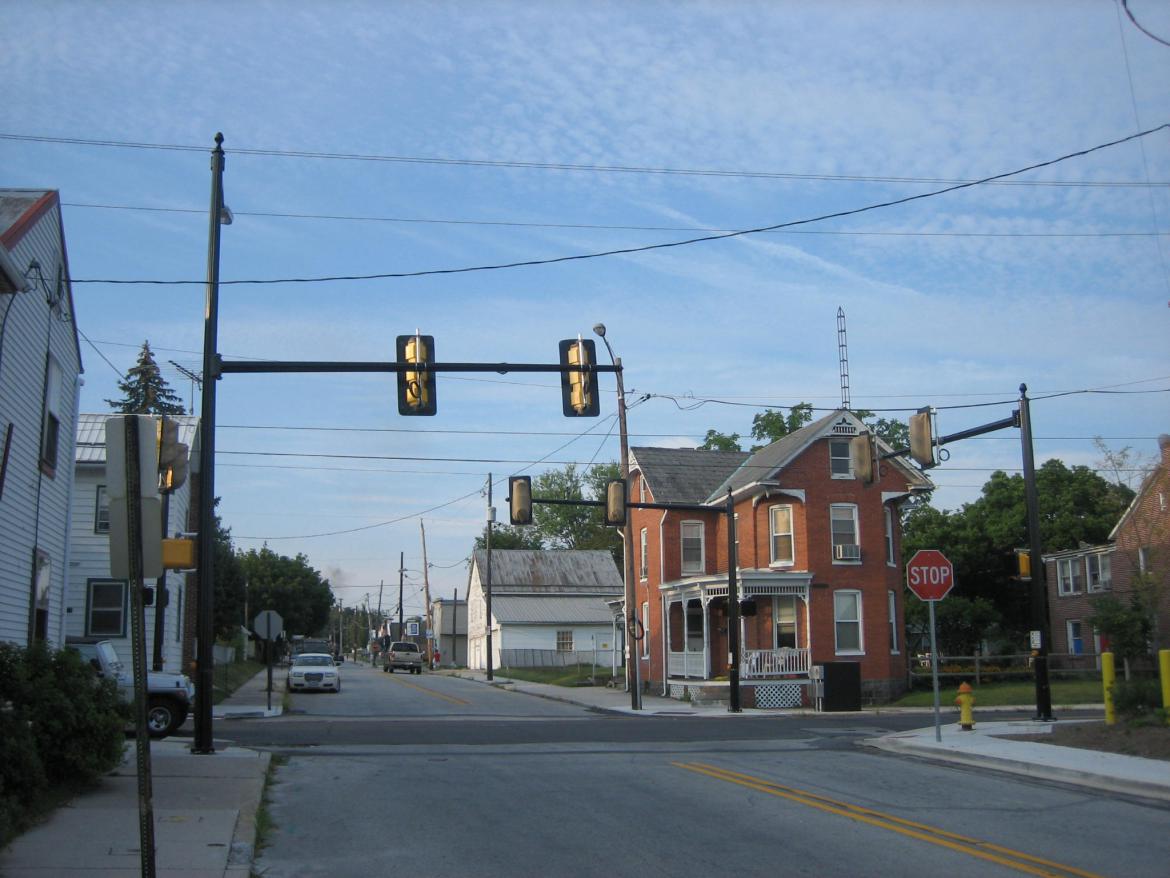 This set of traffic lights is at the corner of Middle Street (from right to left) and Franklin Street. This view was taken from the north facing south at approximately 7:30 AM on Wednesday, August 13, 2008.

This set of traffic lights is near the eastern limits of the borough. This set is located at Hanover Street (PA 116 with the double yellow lines) and 6th Street (right to left). This view was taken from the southeast facing northwest at approximately 7:30 AM on Wednesday, August 13, 2008. 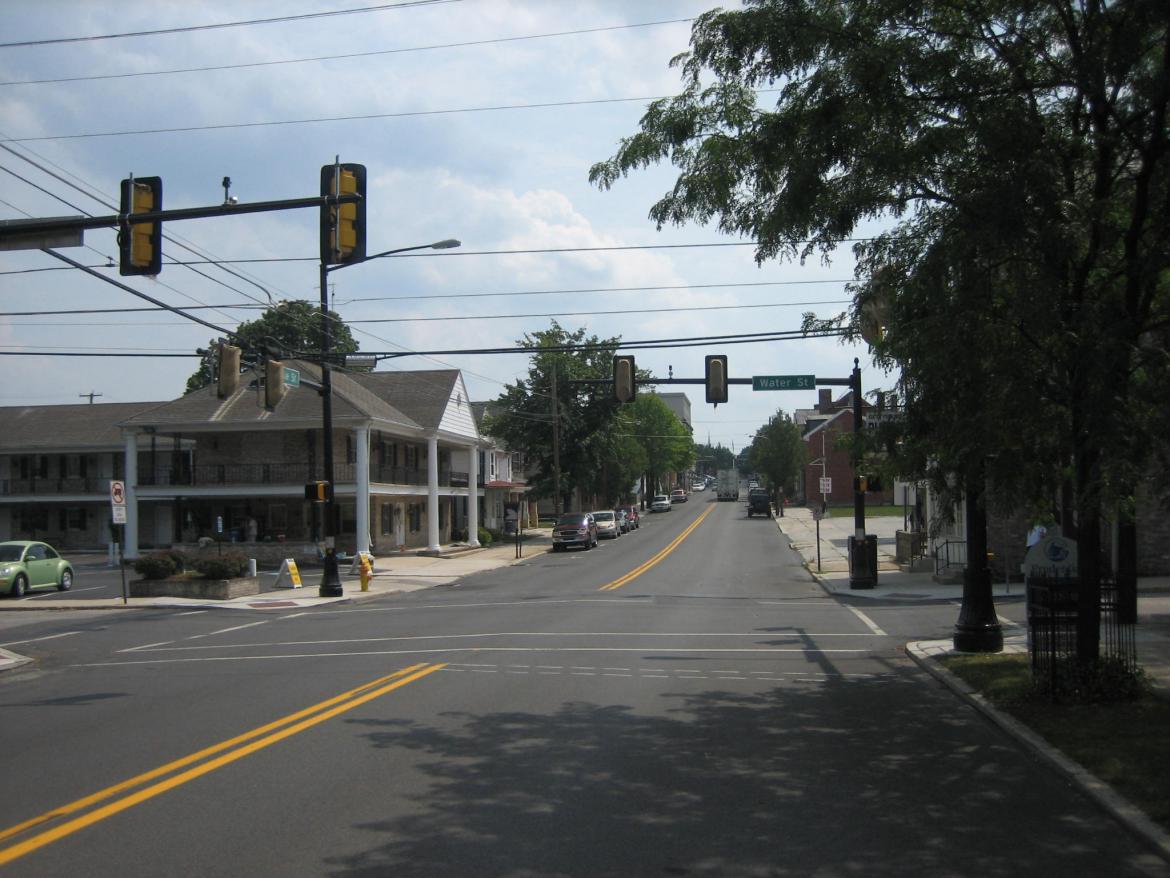 Being the skeptical beings that we are (and not familiar with traffic patterns at all), we have a question. What is to keep this traffic light on Carlisle Street from backing traffic back to the town square? The town square/Lincoln Square/Diamond is two blocks to the south of this traffic light where one can see the foliage above the truck in the distance. This view was taken from the northwest facing southeast at approximately 2:30 PM on Thursday, August 14, 2008.

After all, if the lights keep traffic from coming into the square, don’t they also keep traffic from leaving the area around the square? Here is the intersection of Chambersburg Street (right to left) and Franklin Street. Traffic leaving the square, which is located two blocks to the right/east on Chambersburg Street will now be stopped at this light instead of proceeding to the left/west. This view was taken from the southwest facing northeast at approximately 7:30 AM on Wednesday, August 13, 2008.