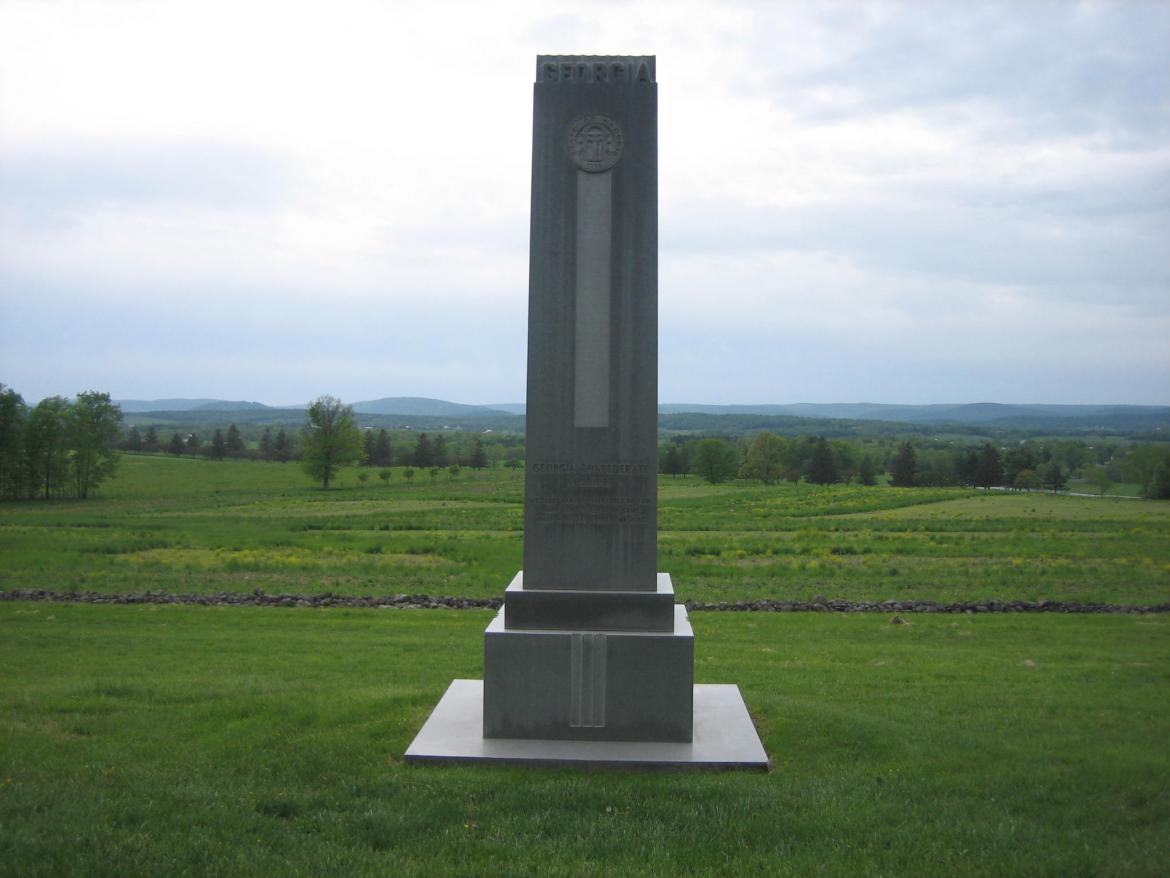 The Georgia monument at Gettysburg was dedicated on September 21, 1961. It is located on the west side of West Confederate Avenue. It is made of Georgia blue granite, and the state seal of Georgia is on the front (east) and back (west) sides of the monument. This view was taken from the east facing west at approximately 4:30 PM on Wednesday, May 14, 2008.

The Georgia State Monument at Gettysburg National Military Park is another one of those plain, southern monuments that was thrown up during the Civil War Centennial. It is located on Seminary Ridge/Warfield Ridge at the position from where Semmes’ Georgia Brigade attacked on July 2, 1863. A couple of questions one might ask could be, why doesn’t Georgia have a nicer monument, and why is it located at the position occupied by Semmes Brigade, instead of a more famous brigade such as Benning’s Brigade? The answer to both questions is at Chickamauga. The impressive Georgia State Monument at Chickamauga was dedicated in 1899. It is located at the position where Benning’s Georgia Brigade broke through the Union lines during Longstreet’s Charge on September 20, 1863. Georgia also placed monuments at Chickamauga for each Georgia battalion or regiment that fought in the battle. 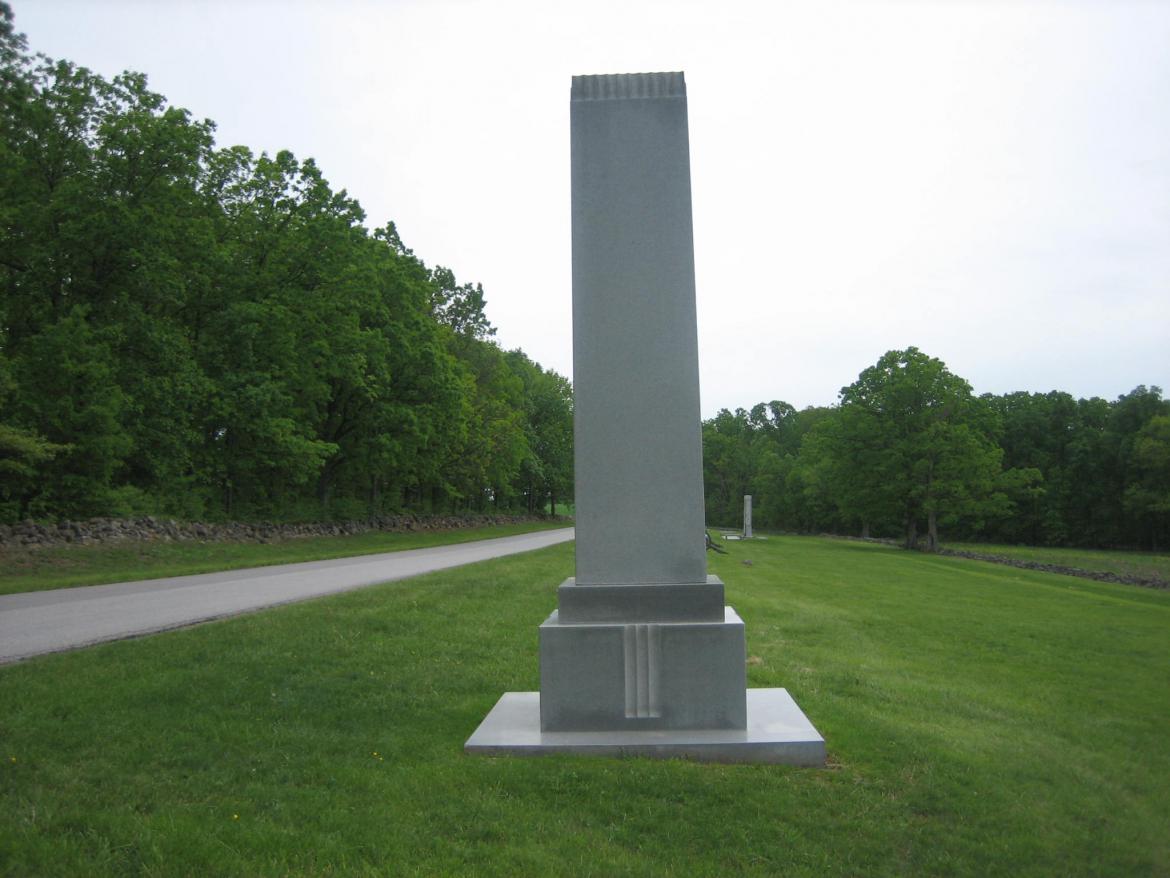 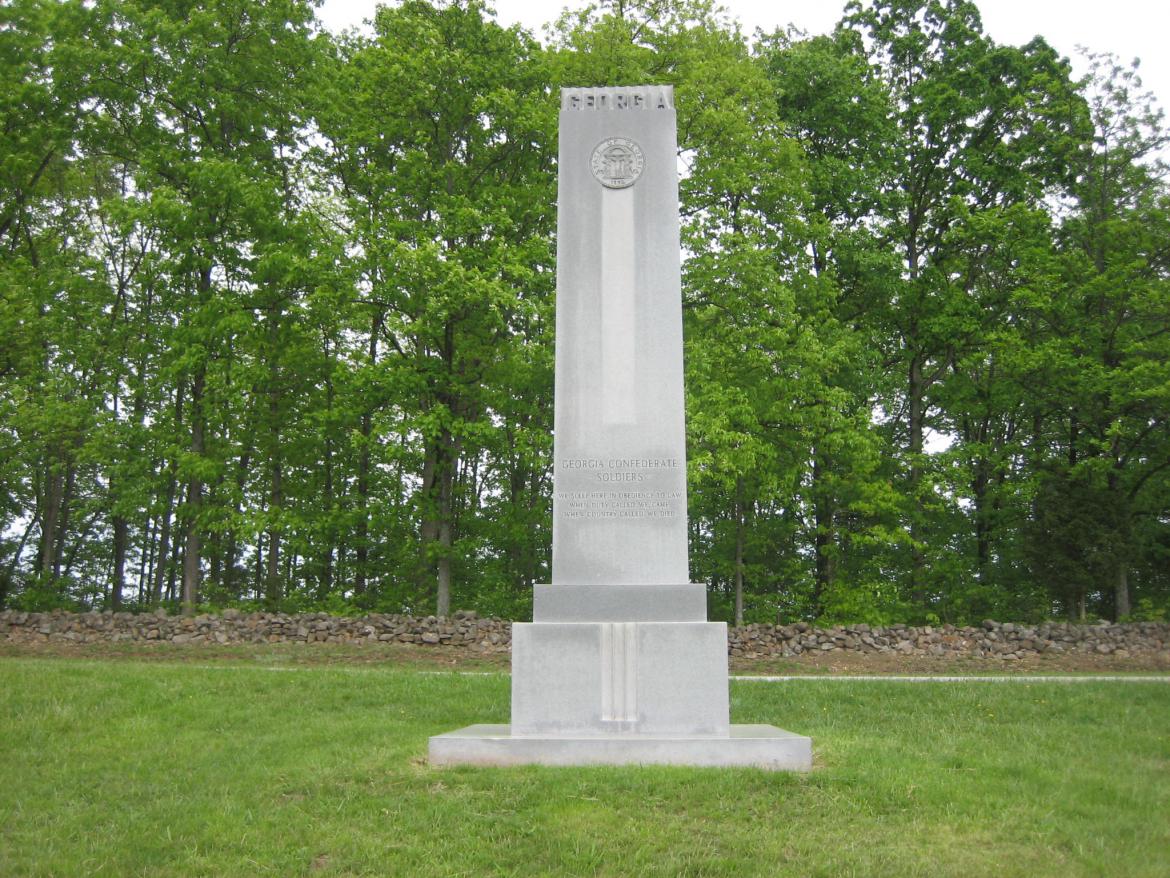 The only inscription on the Georgia monument are the words, “We Sleep Here in Obedience to Law. When Duty Called We Came. When Country Called, We Died.” Keep this phrase in mind if you ever take the Licensed Battlefield Guide test at Gettysburg National Military Park. The phrase is similar to the Tennessee State monument at Shiloh National Military Park: “Go Stranger, and tell Tennessee that here we died for her.” This view was taken from the west facing east at approximately 4:30 PM on Wednesday, May 14, 2008. 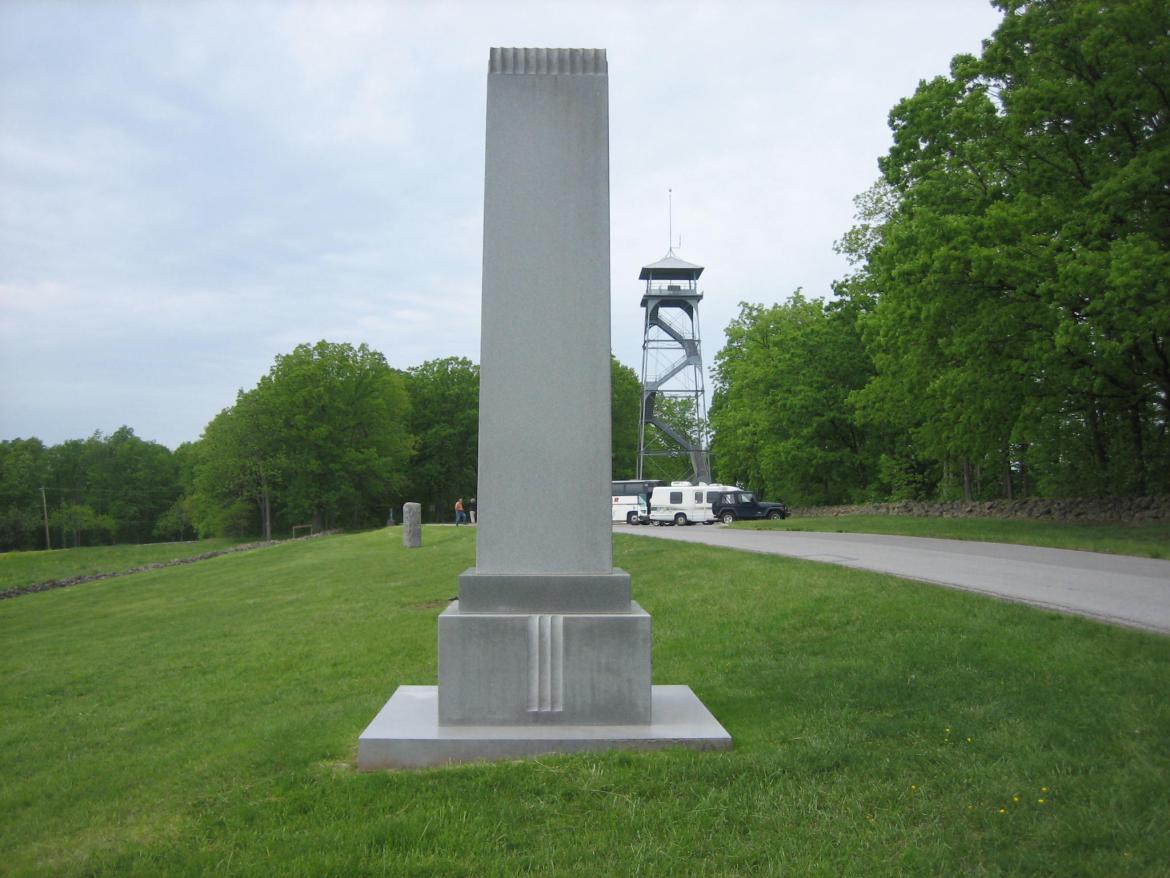 Georgia was the fourth state to enter the Union, the fifth state to secede, and the 11th (last) state to be readmitted to the Union (1870). The 1860 census shows that it was the 11th most populous state. This view was taken from the south facing north at approximately 4:30 PM on Wednesday, May 14, 2008.