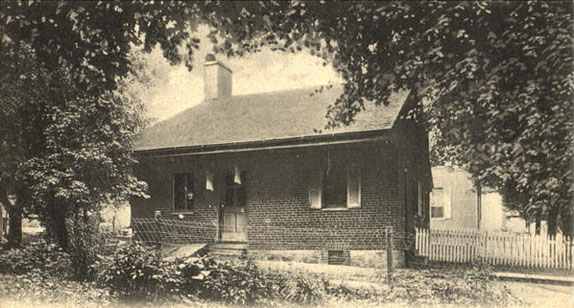 The north side of the Jennie Wade House (McClellan/McClain House), located on the north slope of Cemetery Hill, along the Baltimore Pike/Baltimore Street. The minie ball that killed Jennie Wade went through the door. Captain Emil Koenig of the 58th New York Infantry Regiment stated in his report of the Battle of Gettysburg: “On the morning of July 3, the firing commenced very early, ceasing at different intervals. At 6 o’clock in the morning, we were ordered to the right of the road leading to Gettysburg. We were posted behind a stone fence to the left of Captain Wiedrich’s battery. Lieutenant Schwartz, with one company, was sent to take possession of the next houses of the town to the left of the road. The enemy’s sharpshooters kept up a brisk fire at these houses, and killed a girl who was living in one of them. Our men escaped uninjured, although they had possession of the house until the end of the battle, and the house was completely pierced by bomb-shells and rifle-balls. The fire of these sharpshooters was very annoying to us, as we could not show our heads above the fence without being fired at; however, they did us no damage.” This image was taken by the Rotrograph Company of New York City facing southeast circa 1904.

In addition to tours at Gettysburg National Military Park, Stuart also conducts tours at other historic sites in North America and Europe. He invites you to have a look at his website: www.battlegroundhistorytours.com.

In today’s Eleventh Corps post, Gettysburg Licensed Battlefield Guide Stuart Dempsey describes the skirmish line of the Eleventh Corps near the base of the north slope of East Cemetery Hill. 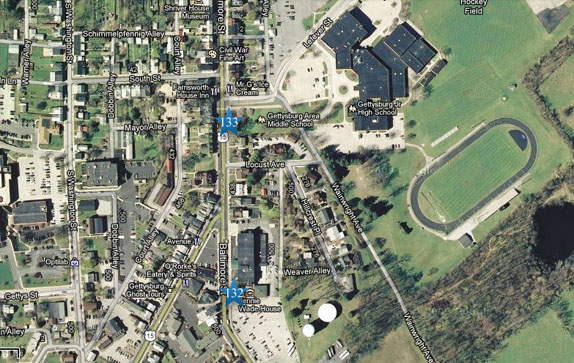 This map shows the location of where our Eleventh Corps at Gettysburg videos were produced. Videos #1-#131 were shown in our previous Eleventh Corps posts. Video #132 was taken near the Jennie Wade House along the Baltimore Pike/Baltimore Street. Video #132 was taken near Alumni Park at the junction of Baltimore Street and Lefever Street.This map was created facing north at approximately 6:00 PM on Friday, January 20, 2012. 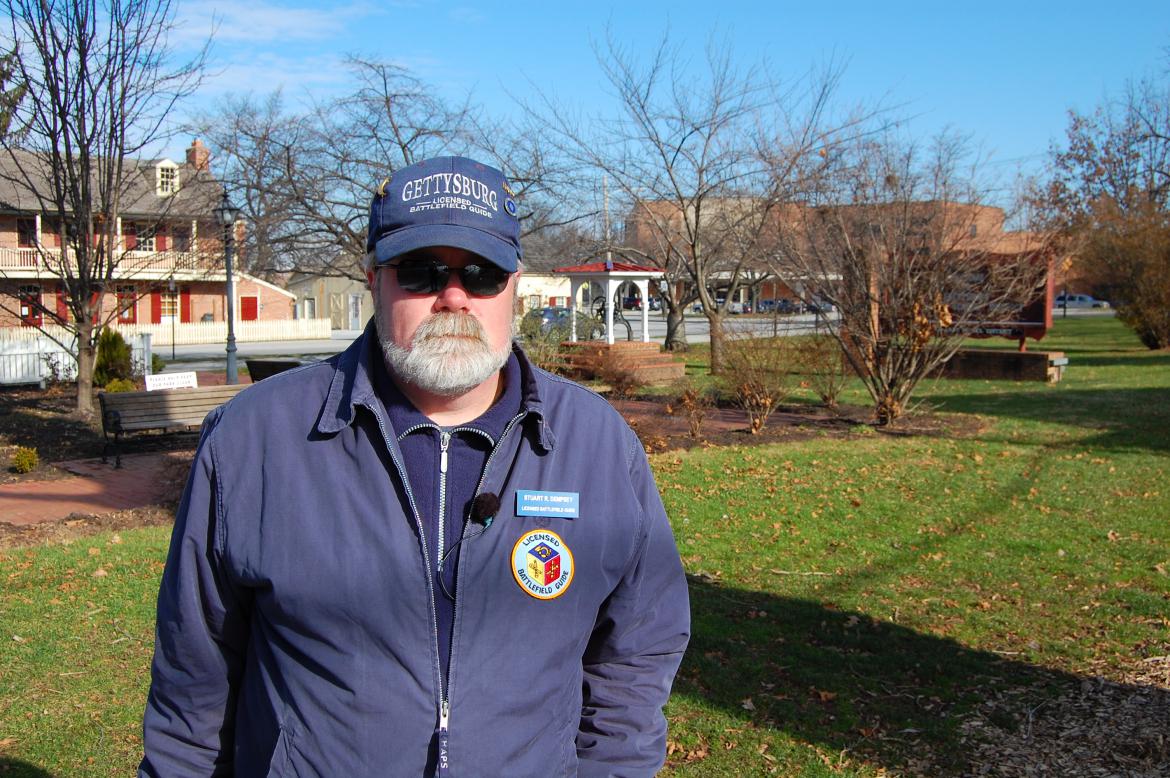 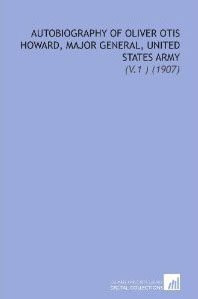