Early Morning at the Wheatfield 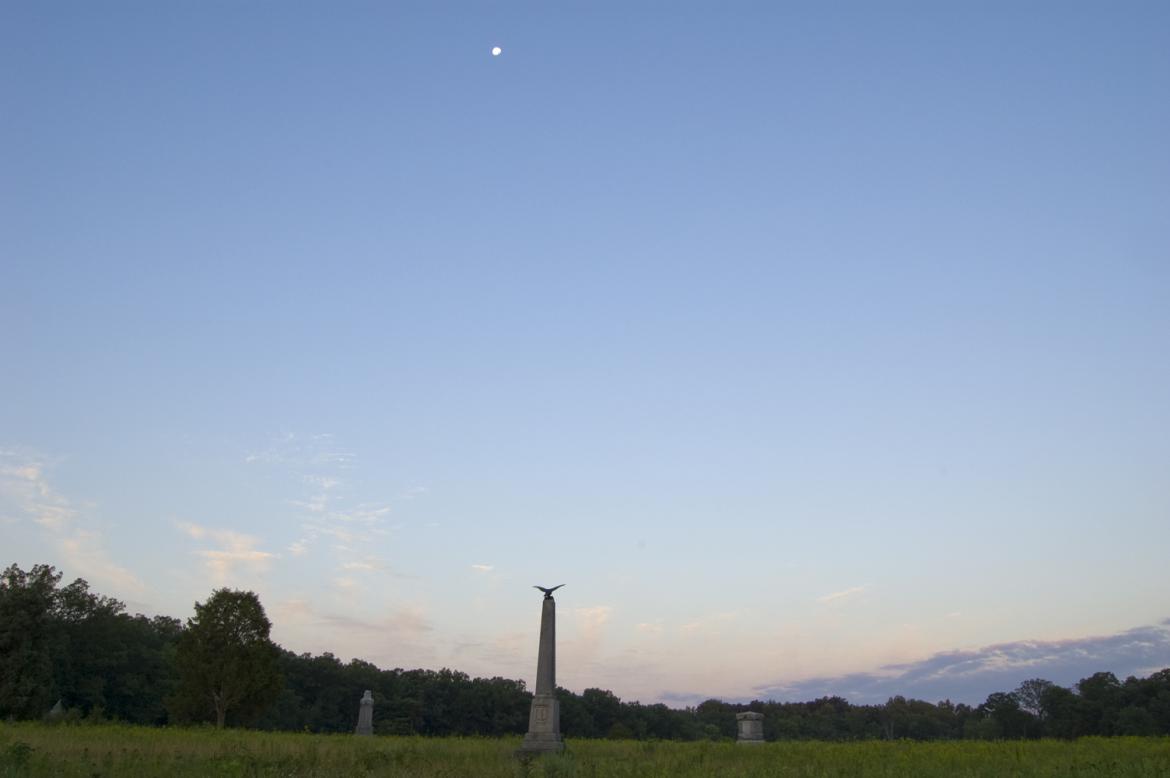 The last time we visited Rose’s Wheatfield, there was snow on the ground. Today we thought we’d show you a few early morning photos, just as the sun was rising, as well as a preview of a new seasonal panorama. 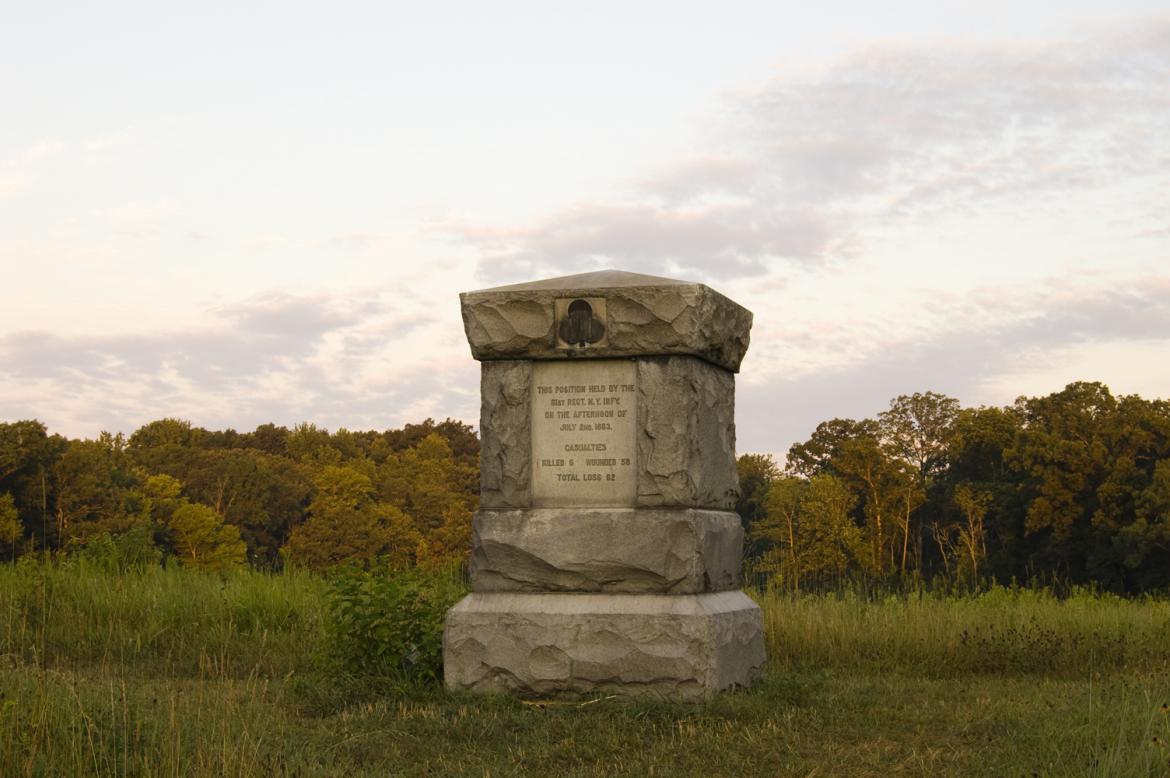 The rear of the monument to the 61st New York Infantry. The 62 casualties listed on the back of the monument comprised almost 2/3 the strength of the regiment on July 2nd. Its commander, Lt. Col. Oscar Broady, reported taking “only 90 muskets” into the fighting that afternoon/evening. This view was taken facing southwest at approximately 6:20 AM on Friday, July 30, 2010. 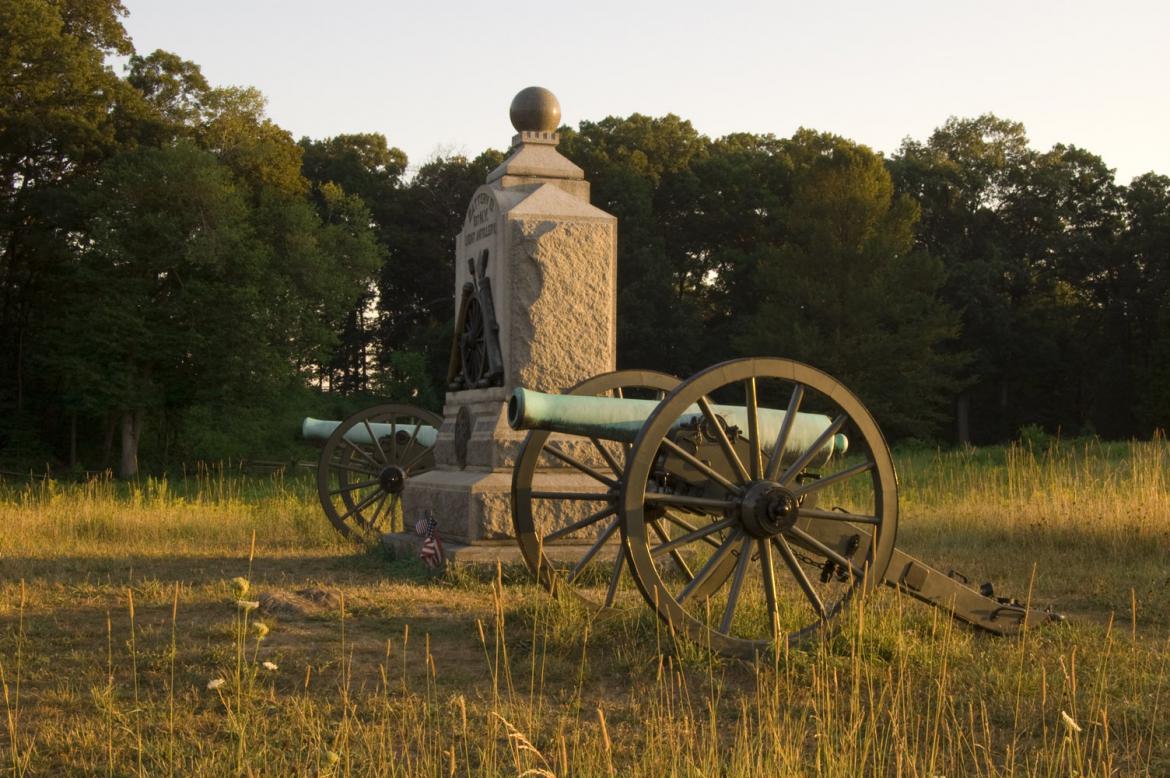 Captain George B. Winslow’s Battery D, 1st NY Light Artillery. Writing of the action that afternoon, Winslow described the beginning of his withdrawal from this position: “The enemyâ€™s advance being within 25 yards of my left, and covered by woods and rocks, I ordered my left section limbered, with a view of moving it a short distance to the left and rear. Before this was accomplished, the enemy had advanced under cover of the woods upon my right, and was cutting down my men and horses.”Â This view was taken facing northwest at approximately 6:20 AM on Friday, July 30, 2010. 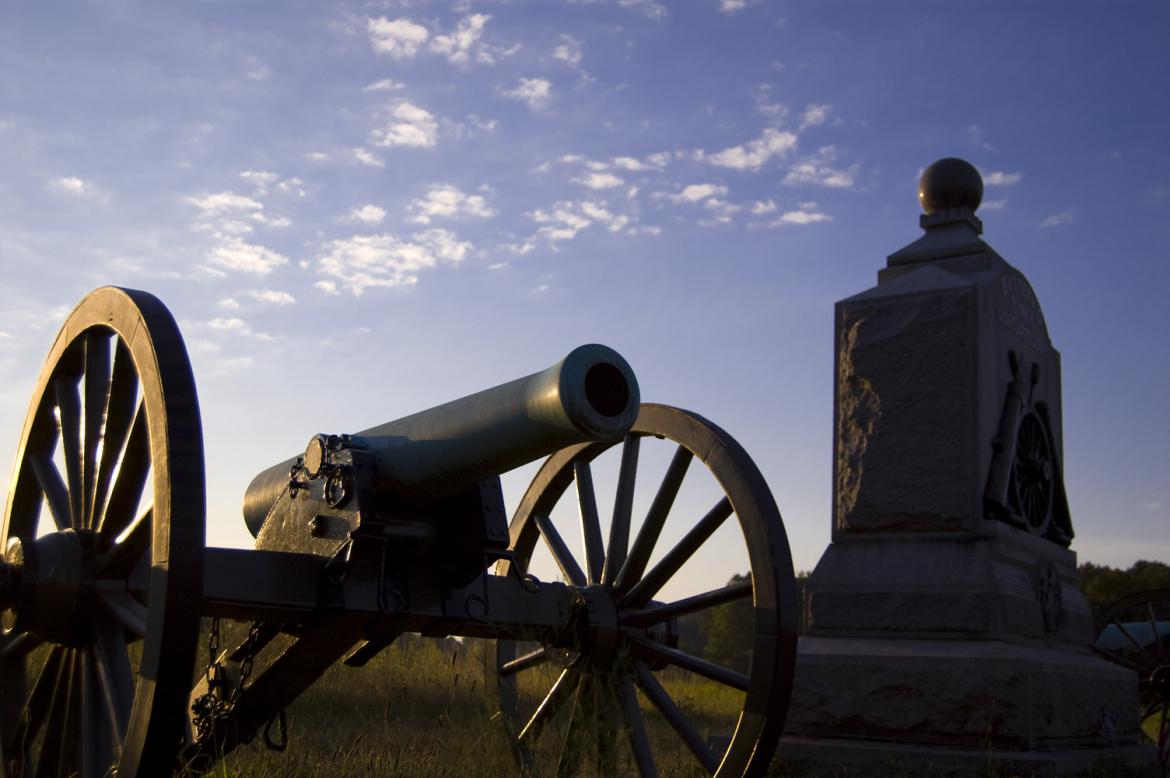 “Having no supports in rear, and being exposed to a heavy fire of musketry in front and upon both flanks, I deemed it necessary to withdraw in order to save my guns, which was done by piece in succession from the left, continuing to fire until the right and last piece was limbered. Several horses were killed and disabled before moving 25 yards. In one instance it became necessary to use the limber of a caisson to secure the piece. By impressing 2 passing horses of Captain Smithâ€™s, not in use, the former was secured. Meeting Major-General Sickles and Captain Randolph immediately after leaving the field, I was ordered by them to move my battery to the rear, and refit as far as possible.”Â This view was taken facing northeast at approximately 6:20 AM on Friday, July 30, 2010. 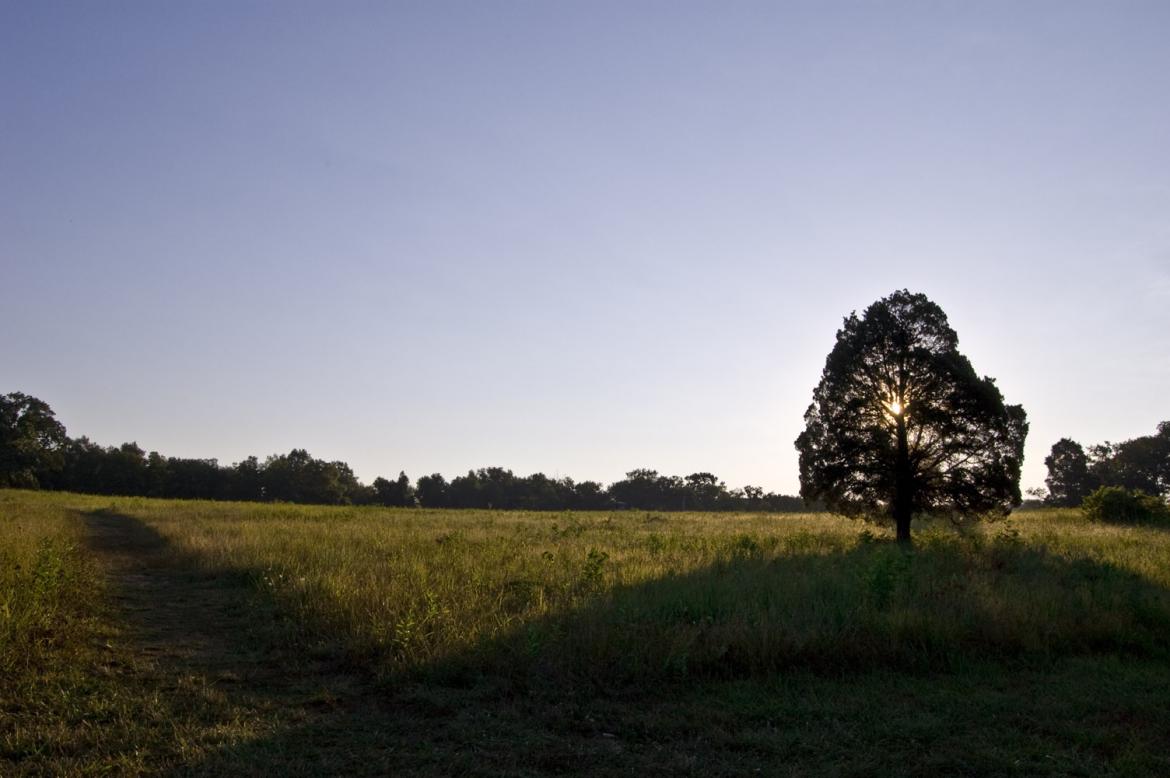 The photographer is standing on Sickles Rd, just off the southern portion of the Wheatfield. This view was taken facing northeast at approximately 6:20 AM on Friday, July 30, 2010.

This is the largest panorama we have ever shot in terms of total area covered. For a medium-sized version of the panorama click here. For the larger JPEG version, click here. If you’d like to see the uncompressed TIFF file, you can download it here (92.8 MB). This view was taken facing south at approximately 6:20 AM on Friday, July 30, 2010. 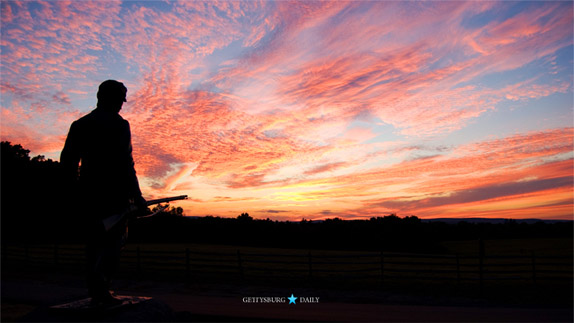