Professor Michael Jacobs’ House at 101 West Middle Street. This view was taken from the south facing north at approximately 7:20 AM on Saturday, March 15, 2008.

Early Saturday morning, the Gettysburg Daily photographed the home of Pennsylvania College (now Gettysburg College)professor of mathematics and science, Michael Jacobs. Jacobs was known for making weather observations so that we can understand the conditions during the battle. He also wrote the first book on the Battle of Gettysburg. 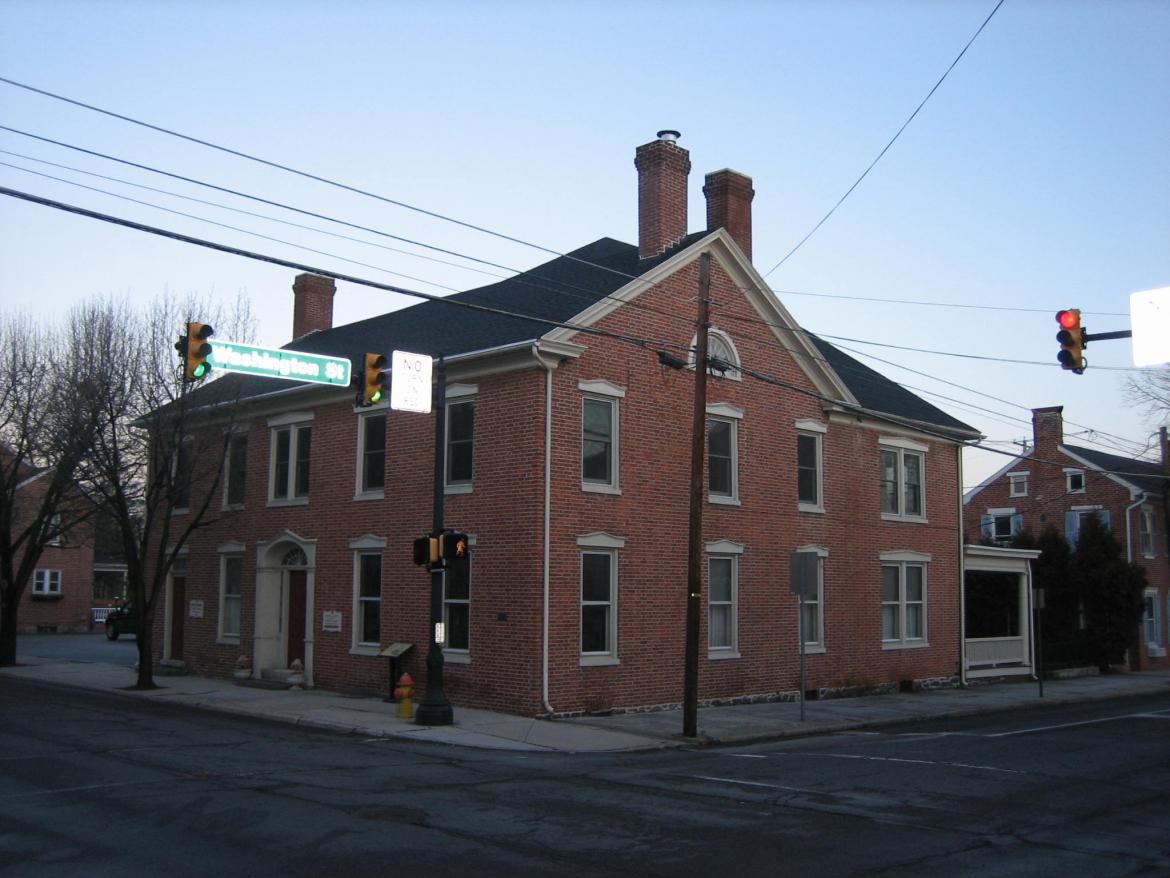 This home sits at the corner of West Middle Street and South Washington Street. This view of the south and east sides was taken at approximately 7:20 AM on Saturday, March 15, 2008.

Jacobs, Michael Gettysburg, Adams County, Pennsylvania resident. (circa 1808-) He was born in Pennsylvania. 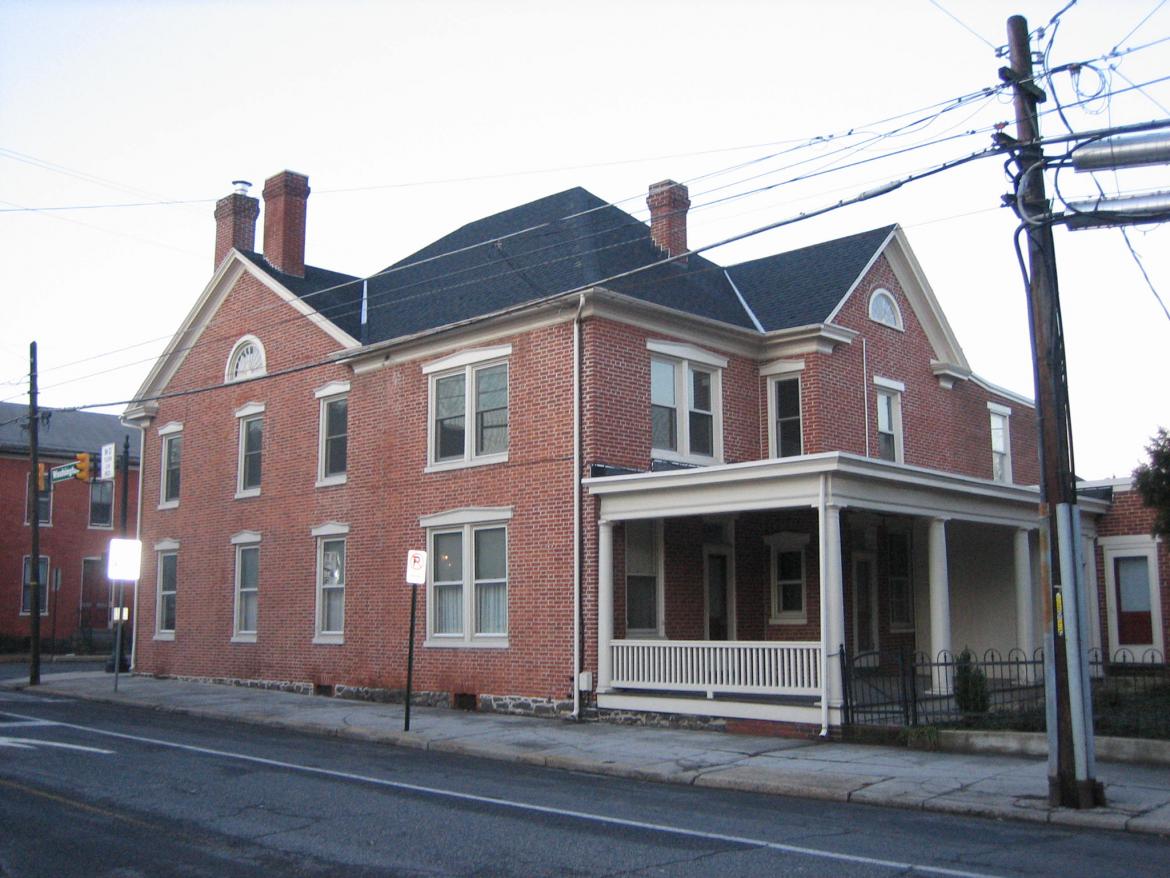 East and north sides of the Jacobs’ Home. South Washington Street is in the foreground. View from the northeast looking southwest at approximately 7:20 AM on Saturday, March 15, 2008.

This home was constructed in 1834. It remained in the Jacobs family until 1901. Michael Jacobs was an original member of the Pennsylvania College faculty, as he joined it in the college’s first year, 1832. He was also instrumental in founding the Gettysburg Gas Works in 1859.

West and north sides of the Jacobs’ Home. Note where the observation area was at the top of the roof. From that point, Michael Jacobs and his son, Henry Eyster Jacobs, watched Pickett’s Charge. View is from the northwest to the southeast at approximately 7:20 AM on Saturday, March 15, 2008.

The Biographical and Historical Catalogue of Washington and Jefferson college shows that Michael Jacobs was an 1828 graduate of Jefferson College. He married Julia Anna Eyster on May 3, 1833. Michael Jacobs died on July 22, 1871.