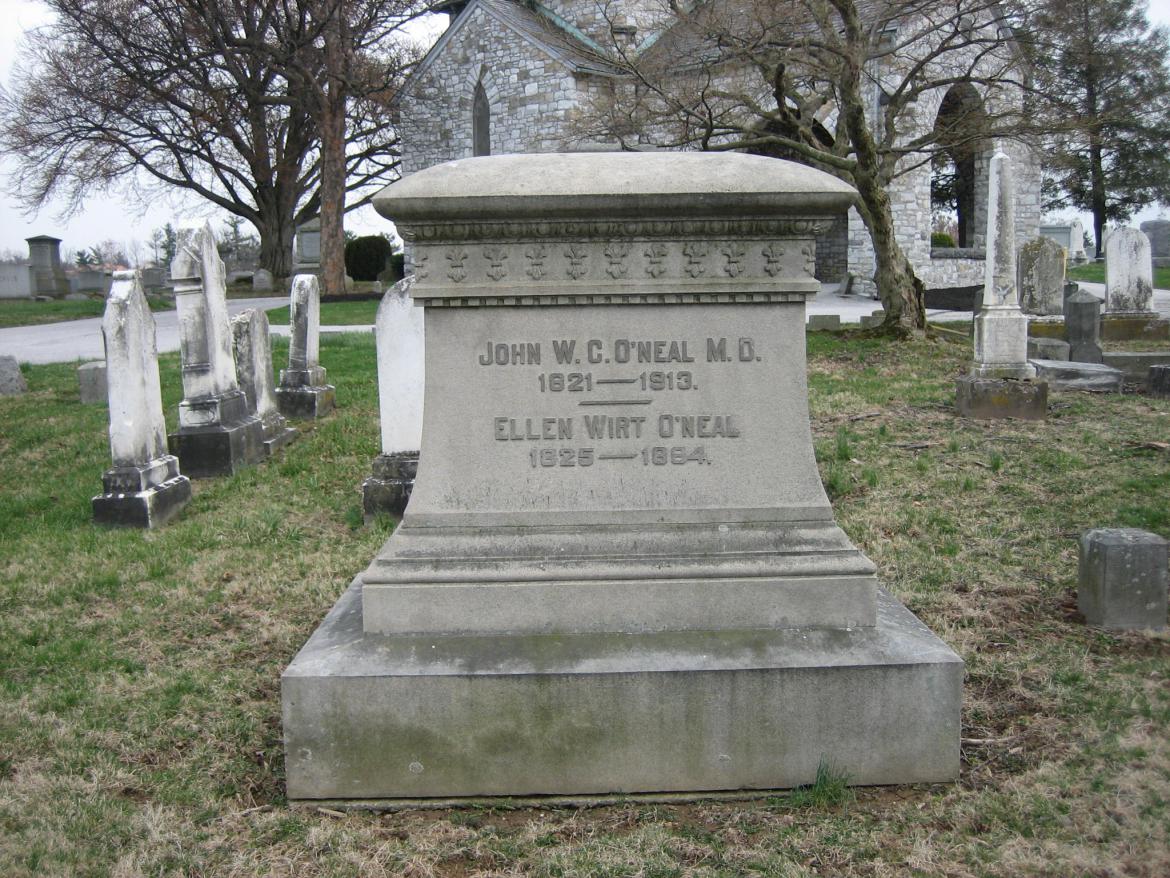 Dr. John W.C. O’Neal was born in Fairfax County, Virginia on April 21, 1821. He attended Pennsylvania College, now Gettysburg College, at various times, and although he was and a member of the class of 1844, he also received his medical degree from the University of Maryland that year. This view was taken from the north facing south at approximately 6:00 PM on Wednesday, April 9, 2008.

One of the items to be seen in the new National Park Service Museum at Gettysburg, Pennsylvania is the journal of Dr. John William Crapster O’Neal. Dr. O’Neal was instrumental in recording the gravesites of dead Confederates from the Battle of Gettysburg in his journal. His efforts helped the bodies to be located when southern groups disinterred the bodies during a time frame of eight to ten years after the battle, and have them reburied in southern locations. Dr. O’Neal, is not buried in Gettysburg. He is resting in Mount Olivet Cemetery, Hanover, York County, Pennsylvania. The Star and Banner visited this site Wednesday evening.

Dr. O’Neal practiced medicine in Hanover from 1844 to 1849, and his wife, Ellen Wirt, was from Hanover. He practiced in Baltimore area from 1849 until moving to Gettysburg in February, 1863 when he was appointed the Adams County Physician. His duties included caring for individuals at the Adams County Jail, and the Adams County Alms House. His Gettysburg home was located on the northeast corner of the intersection of Baltimore Street and High Street. On April 6, 1863 he placed an announcement in the local papers stating that his office was now located there. This is currently the location of the Adams County Library. This view if from the southwest facing northeast at approximately 6:00 PM on Wednesday, April 9, 2008. 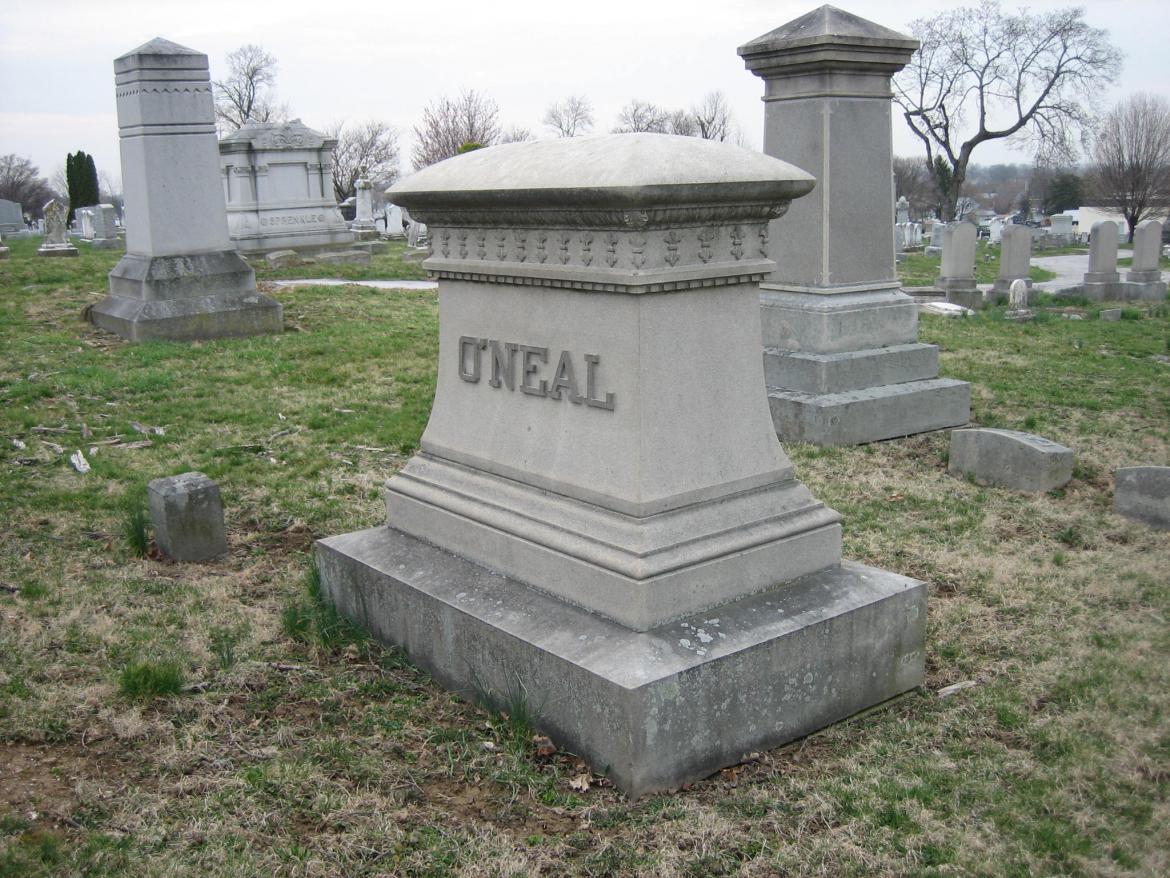 During the battle of Gettysburg, Dr. O’Neal treated soldiers from both sides. As he made his rounds throughout the community, he would record in his journal the location of Confederate graves. He would also include the individuals name and regiment if that information was available to him. He performed this service to make it easier for the loved ones of dead Confederates to find their bodies. View is from the southeast looking northwest at approximately 6:00 PM on Wednesday, April 9, 2008. 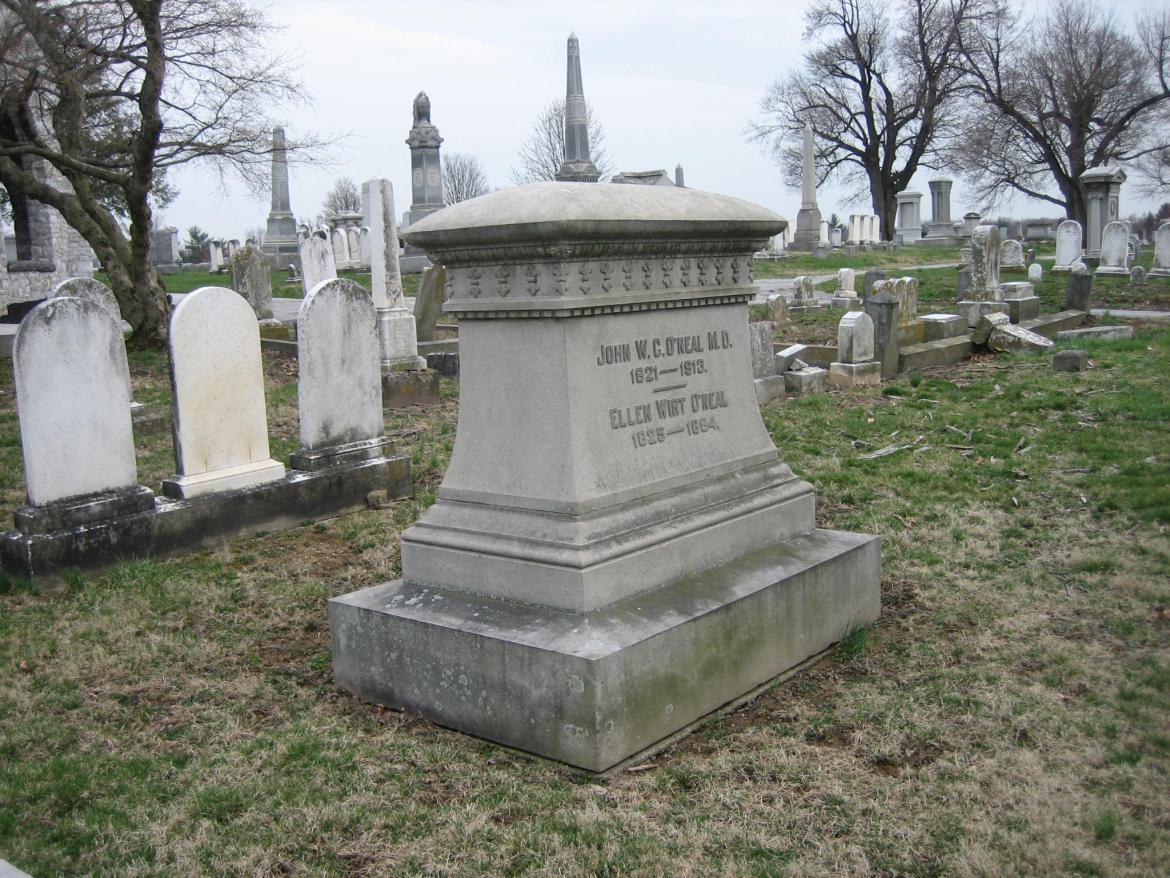 On June 23, 1866, O’Neal published a the names and burial locations of 600 Confederates in the Gettysburg Compiler, a local Democratic newspaper. Southern non-profit organizations, as we would label them today, began to raise money to have these bodies dug up and reburied in the south. Most of the Confederate dead who were removed were reburied in either Richmond, Virginia, Charleston, South Carolina, Savannah, Georgia, or Raleigh, North Carolina. View is from the northeast facing southwest at approximately 6:00 PM on Wednesday, April 9, 2008. 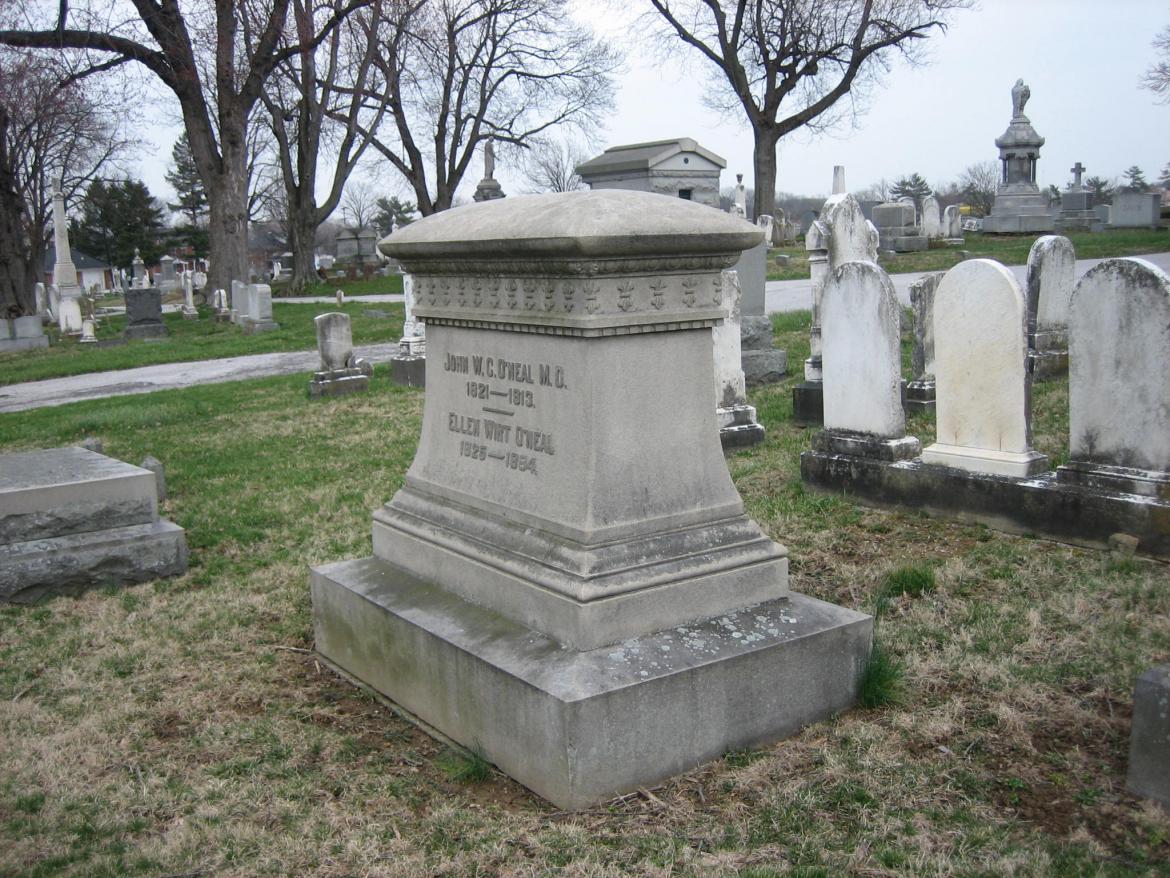 O’Neal died in Gettysburg on April 24, 1913 at the age of 92 years. He was buried in Mount Olivet Cemetery, Hanover, York County, Pennsylvania. He and his wife are buried in the plot of his wife’s family, the Wirts, in “Old Section G” of Mount Olivet Cemetery. This view was taken from the northwest facing southeast at approximately 6:00 PM on Wednesday, April 9, 2008.