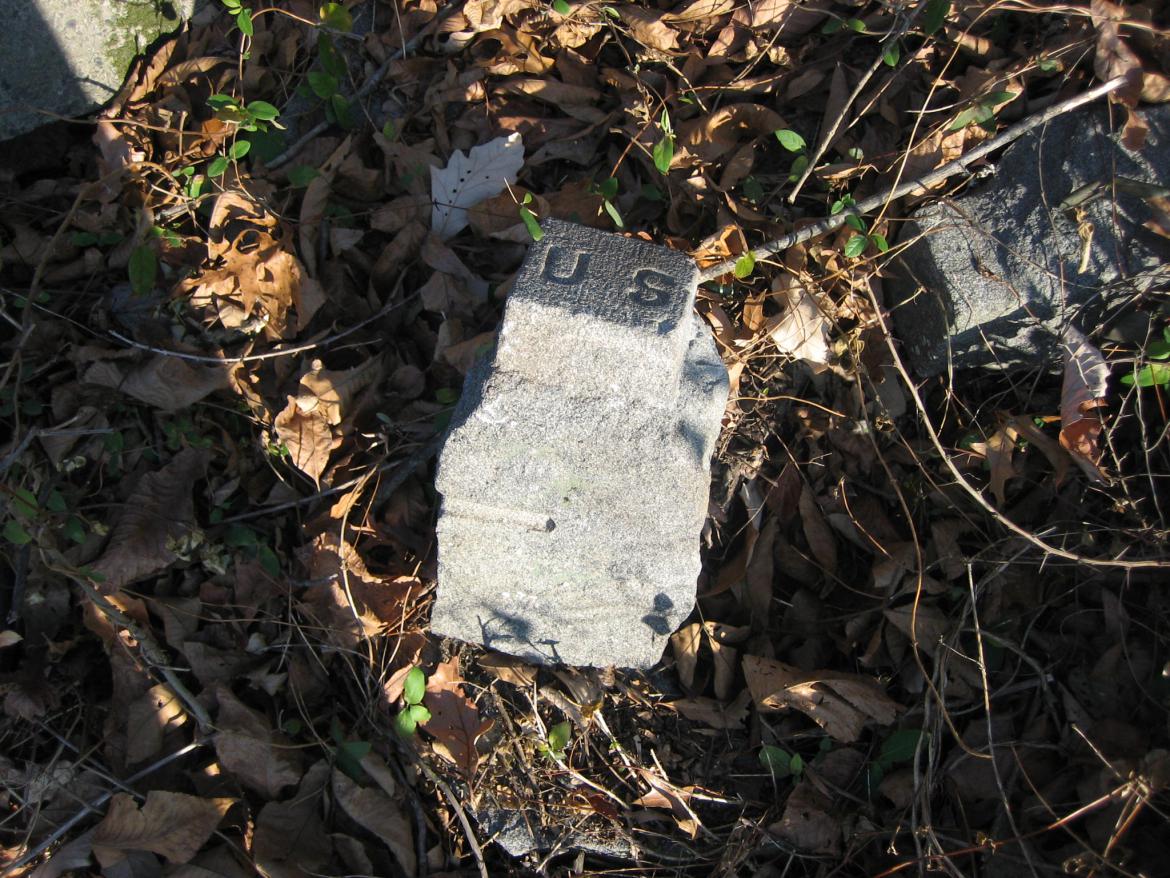 We originally found this marker while searching through the “junk pile” now exposed by the Patterson Farm tree cutting, south of the National Park Service maintenance area. This view was taken facing north at approximately 8:30 AM on Sunday, November 9, 2008.

We’re trying to take today to catch up on a question we had on a post for November 1st when we were looking at the pile of items near the National Park Service Maintenance area. We were wondering what the small markers with the letters “U.S.” on the top were. National Park Service Law Enforcement Ranger Maria Brady e-mailed us that they are “an old corner marker, possibly from the War Department administration of the park. When DOI (Department of the Interior) took over, they used similar style markers that had a bronze disc on the top identifying it as a DOI boundary. Nowadays we just use Carsonite posts and tree slats.” Other posts give a specific area for the markers location. It is said that these are old boundary markers that came from the property traded to
Gettysburg National Military Park in the 1950’s for the school complex of the Gettysburg Area School District located near Lefever Street. 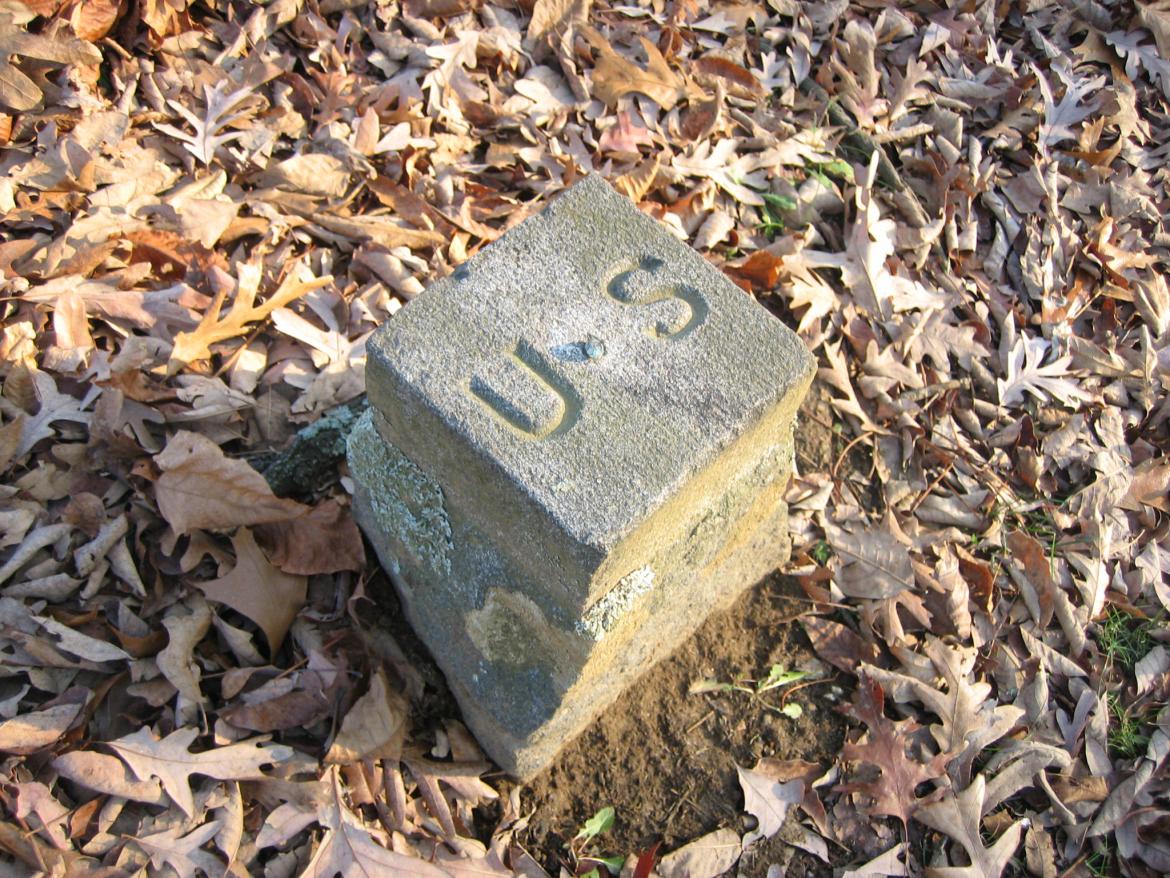 Some of these markers still exist on the battlefield, such as this one on the Stony Hill, at the Loop. This view was taken facing north at approximately 8:30 AM on Thursday, November 27, 2008. 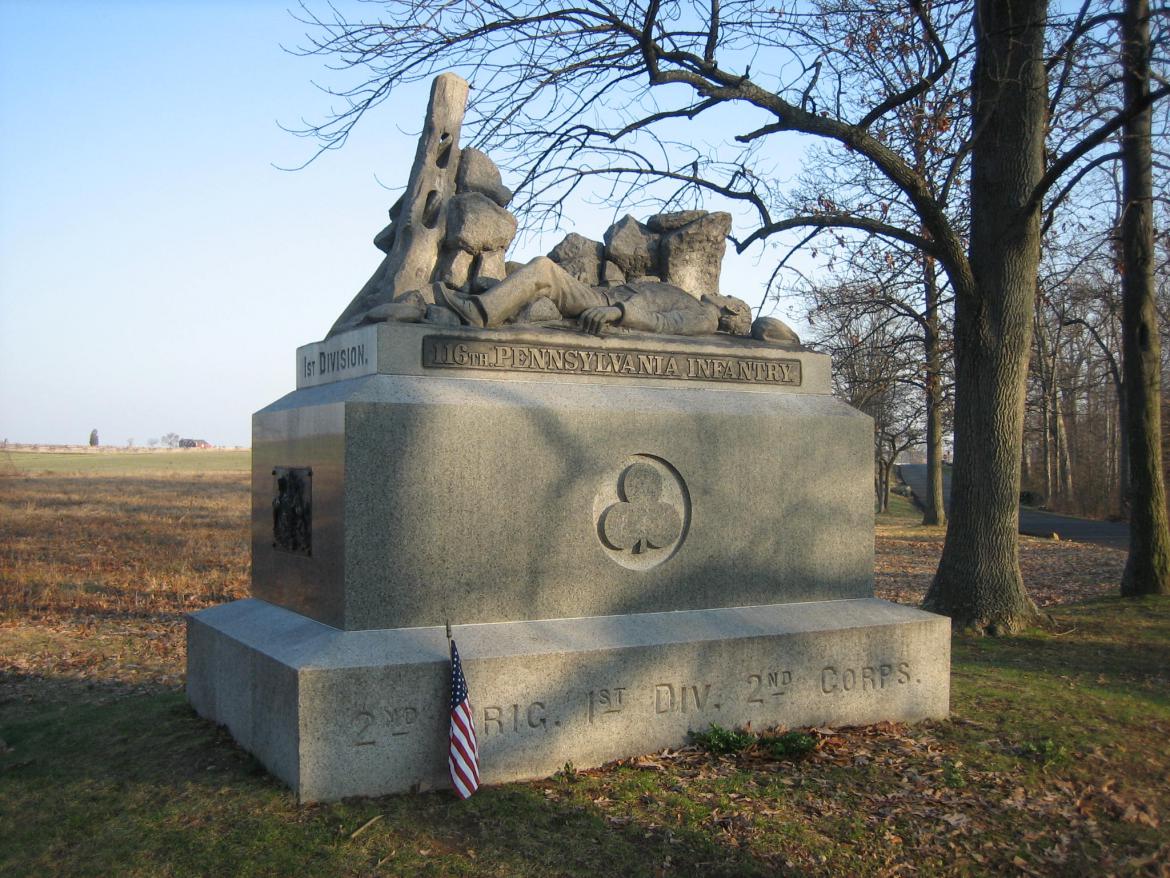 It is located just north of the 116th Pennsylvania Infantry Regiment monument. This view was taken facing north at approximately 8:30 AM on Thursday, November 27, 2008.

The dead soldier may have been a member of Tilton or Sweitzer’s brigades which occupied the “Stony Hill” before the Irish Brigade. This picture shows the relation between the monument and boundary marker. This view was taken facing southwest at approximately 8:30 AM on Thursday, November 27, 2008.