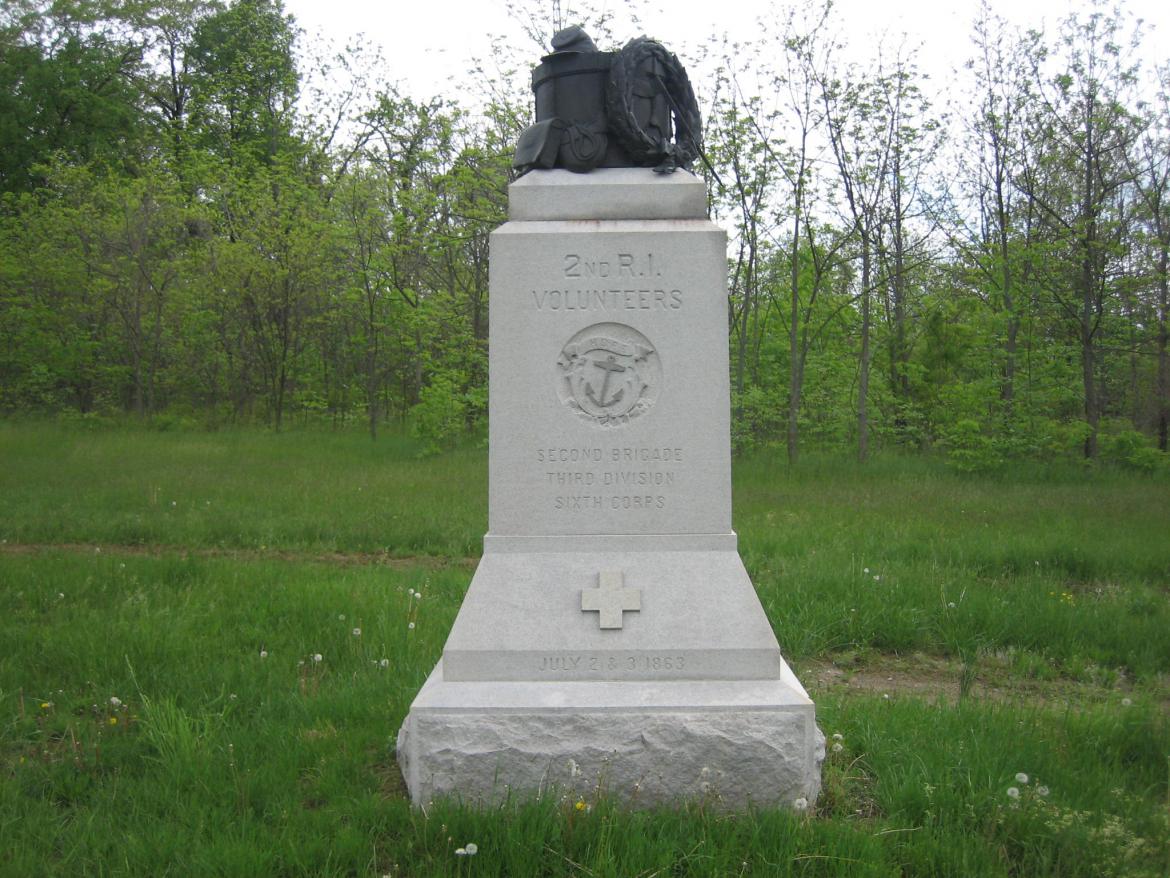 The 2nd Rhode Island had 364 officers and men present at Gettysburg. One member of the unit was killed, five were wounded, and one was missing for a total of seven, or 1.9%. The most prominent features of this monument are the state seal in front, and the bronze drum, wreath, and kepi, cartridge box, canteen, and bayonet scabbard on the top. This view was taken from the west facing east at approximately 2:40 PM on Saturday, May 10, 2008.

On Mushshower’s Hill, on the east side of Sedgwick Avenue is the statue to the 2nd Rhode Island Infantry Regiment. The unit belonged to Major-General John Sedgwick’s 6th Army Corps. It marched 34 miles in 19 hours to reach the battlefield at approximately 2:00 PM on July 2, 1863. Later that afternoon, the 2nd Rhode Island, with the rest of its brigade under Alexander Shaler reached Munshower Hill. They supported Syke’s Regulars here, and spent the night of July 2nd in this area. The morning of July 3rd they were sent to support Union troops at Culp’s Hill and Cemetery Ridge but were not placed on the front lines. 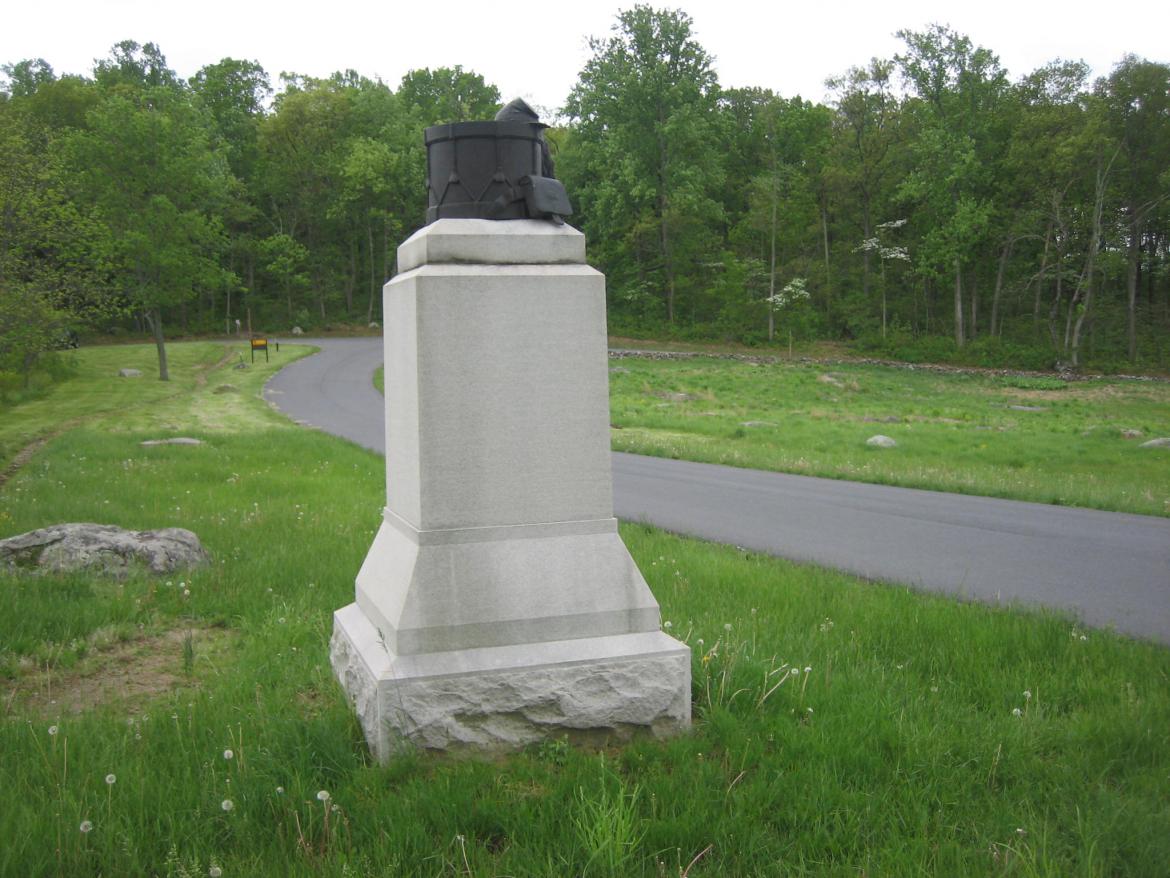 Little Round Top is in the background of this photograph. The 2nd Rhode Island was formed in Providence in June 1861 and fought in battles from First Manassas (Bull Run) to Appomattox. It was mustered out on July 13, 1865. This view was taken from the north facing south at approximately 2:40 PM on Saturday, May 10, 2008. 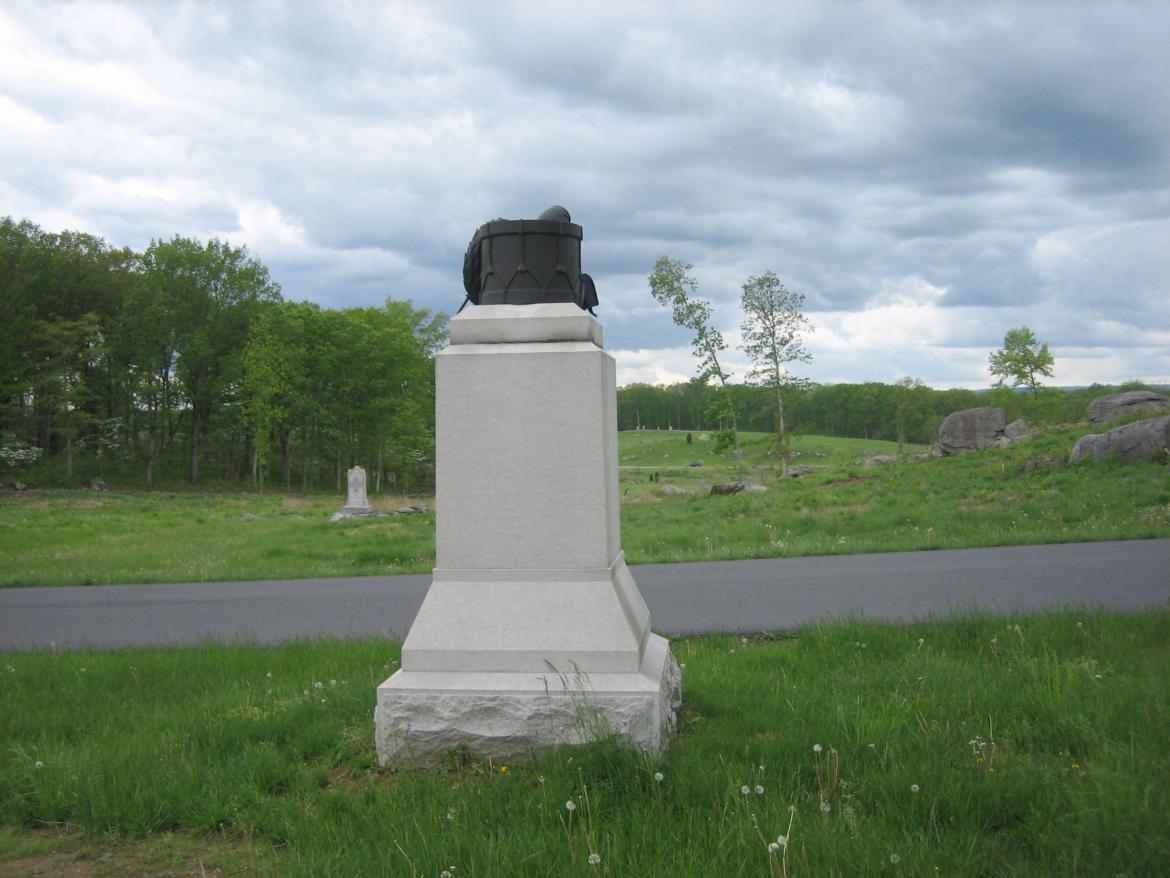 On the afternoon of July 2, 1863, the 2nd Rhode Island supported the U.S. Army Regulars, who were eventually driven from the woods on the east side of Rose’s Wheatfield, shown in the right background. The monument to the 5th Maine Infantry regiment is shown on the left. On July 3rd, the regiment was marching near Meade’s headquarters as the Confederate bombardment preceding Pickett’s Charge began. Lieutenant Elisha Hunt Rhodes of the unit would later write that “Solid shot would strike the large rocks and split them as if exploded by gunfire. The flying iron and pieces of stone struck men down in every direction.” This view was taken from the east facing west at approximately 2:40 PM on Saturday, May 10, 2008. 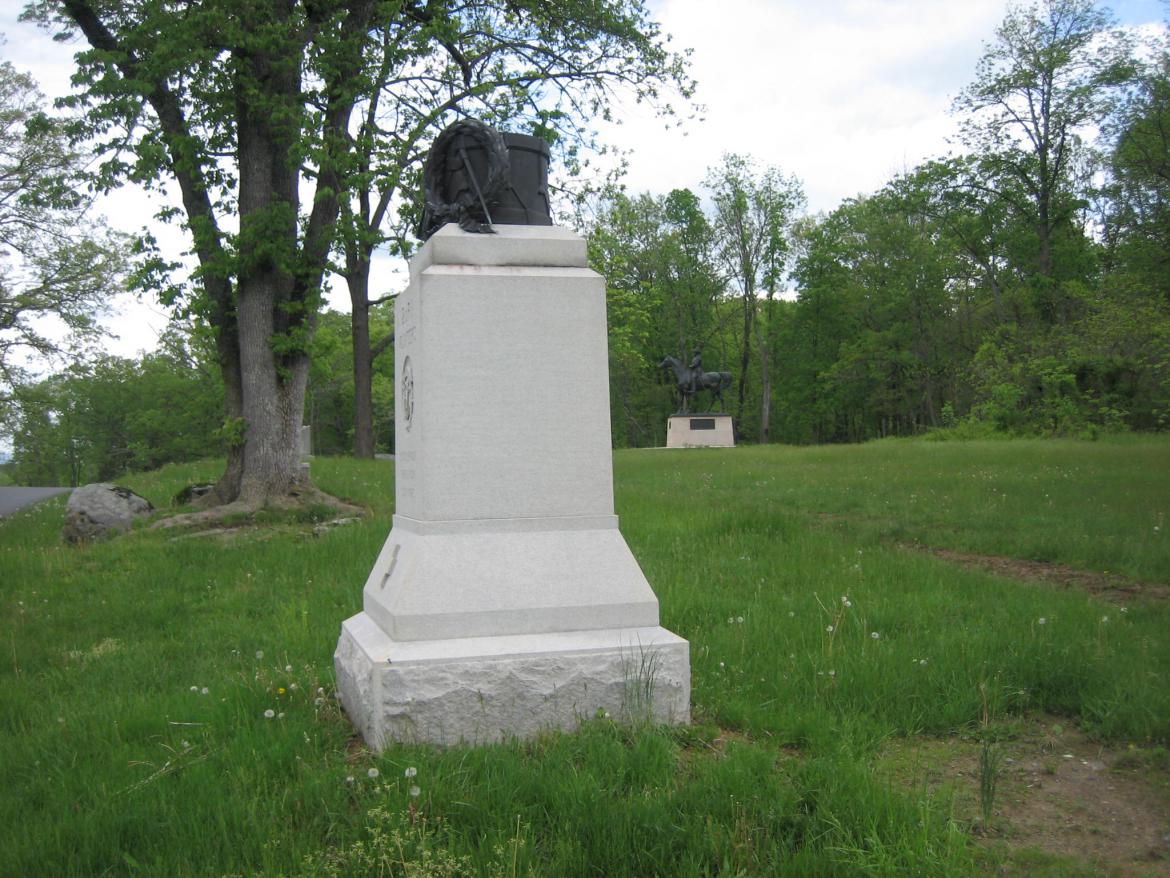 The monument to 6th Corps commander John Sedwick is in the right background. During the Civil War, the 2nd Rhode Island lost 120 members killed or mortally wounded. 76 members of the unit died from disease for a total of 196. This view was taken from the southwest facing northeast at approximately 2:40 PM on Saturday, May 10, 2008.