Gettysburg Licensed Battlefield Guide Fred Hawthorne is the host for our series on 140 Places Every Guide Should Know. He is standing along East High Street. The building behind him was the High Street Public School Building. This view was taken facing north at approximately 6:45 PM on Friday, August 12, 2011.

In today’s 140 Places Every Guide Should Know post, Gettysburg Licensed Battlefield Guide Fred Hawthorne shows us the High Street School, the buildings built as memorials to the 25th and 50th anniversaries of the battle, and Penelope.

This map shows us the locations taken of the videos for the 140 Places Every Guide Should Know series. Videos #1-#45 were shown in our previous 140 Places Every Guide Should Know posts. Video #46 was taken at the High Street School. Video #47 was taken the between Adams County Library and the Prince of Peace Episcopal Church. Video #47 was taken at Penelope on Baltimore Street. This map was created facing north at approximately 6:30 PM on Monday, October 3, 2011. 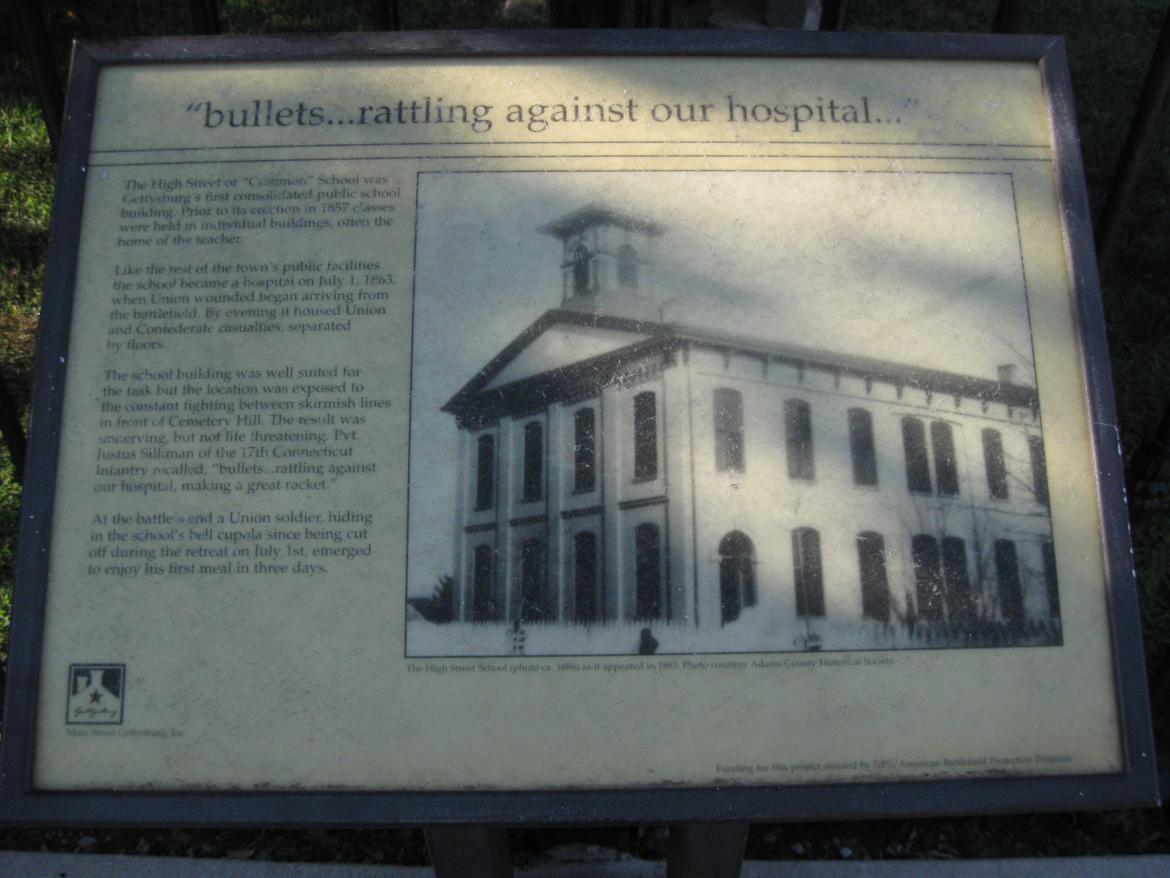 Licensed Battlefield Guide Fred Hawthorne is standing in front of the Adams County Library. Baltimore Street is in the foreground. When this building was constructed in 1913, it was the Post Office. This view was taken facing east at approximately 6:45 PM on Friday, August 12, 2011.

Fred Hawthorne is standing by the site of the Gettysburg Compiler office in 1863. The Compiler was the Democrat newspaper in the town at the time of the battle. This view was taken facing east at approximately 6:45 PM on Friday, August 12, 2011.
In Video #48 Fred Hawthorne shows us where Penelope is located on Baltimore Street. This view was taken facing north to northeast to north at approximately 6:45 PM on Friday, August 12, 2011. 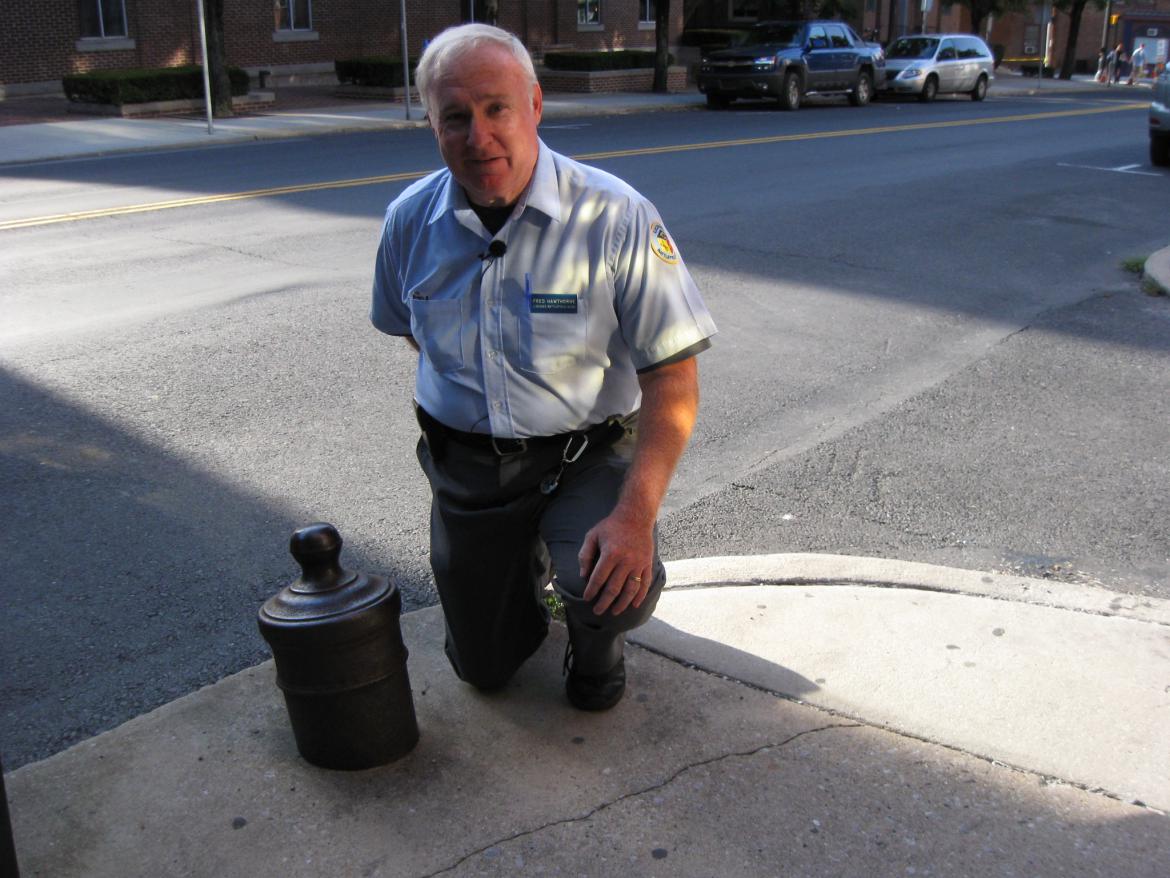 Fred Hawthorne is kneeling by Penelope. Baltimore Street is in the background. On the other side of Baltimore Street is the location of the Adams County Courthouse and its additions. This view was taken facing northwest at approximately 6:45 PM on Friday, August 12, 2011.

As of now, there are 152 places/facts on the list, and they are not in any particular order.