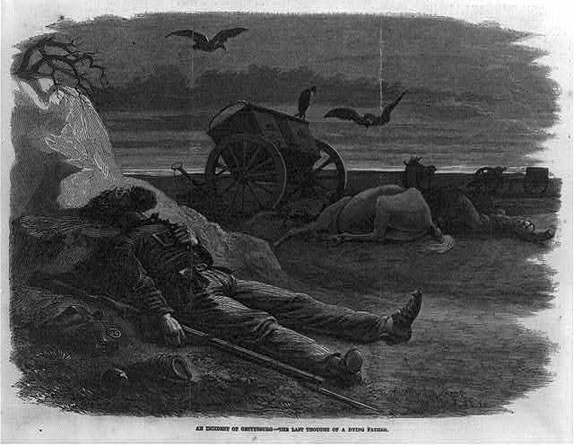 This image is titled “An Incident of Gettysburg– The Last Thought of a Dying Father.” It probably depicts Sergeant Amos Humiston of the 154th New York Infantry Regiment clutching to his chest a photograph of his children. This image was published in Frank Leslies Illustrated Newspaper on January 2, 1864.

In today’s 140 Places Every Guide Should Know post, Gettysburg Licensed Battlefield Guide Fred Hawthorne shows us the monument to Amos Humiston, and the location of the German Reformed Church and the Adams County, Prison. 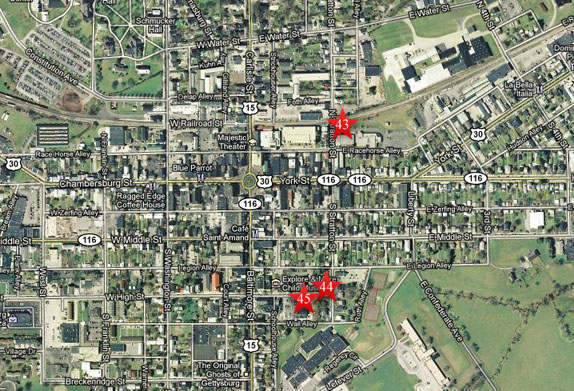 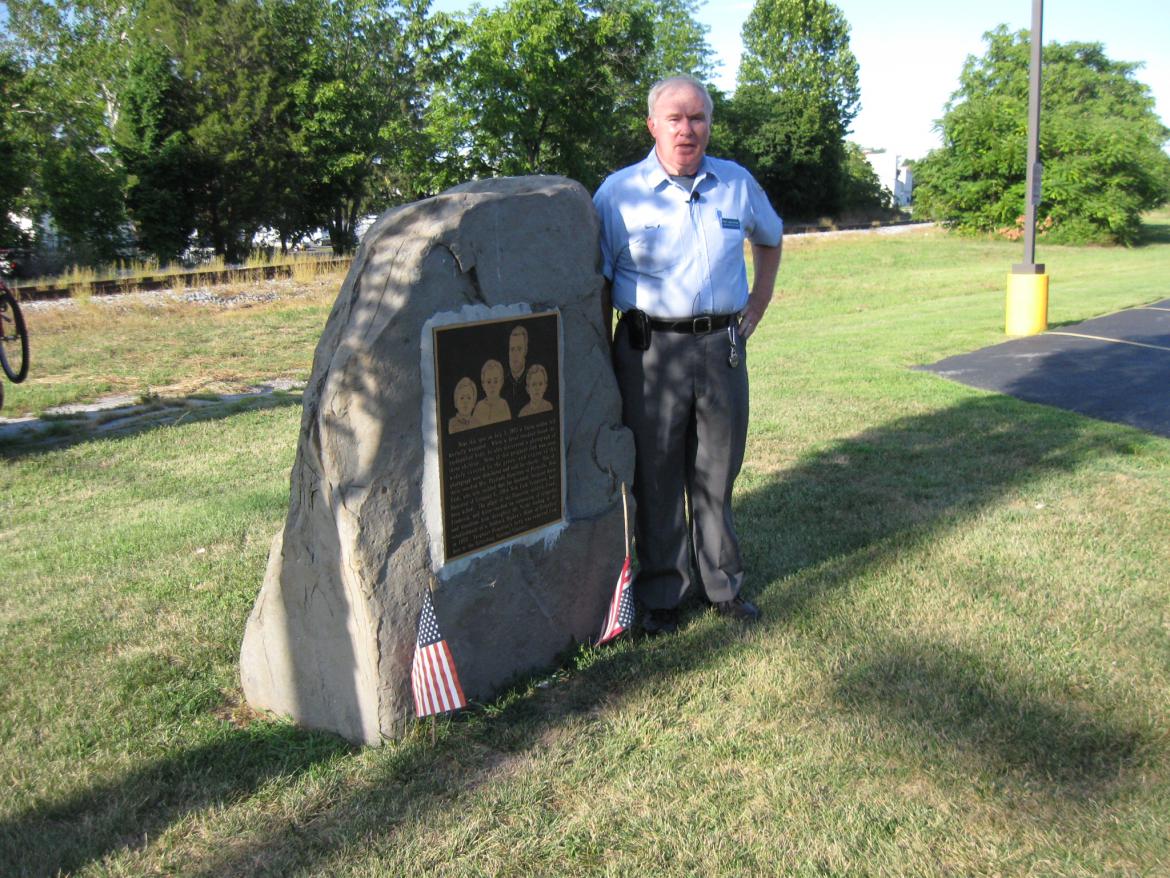 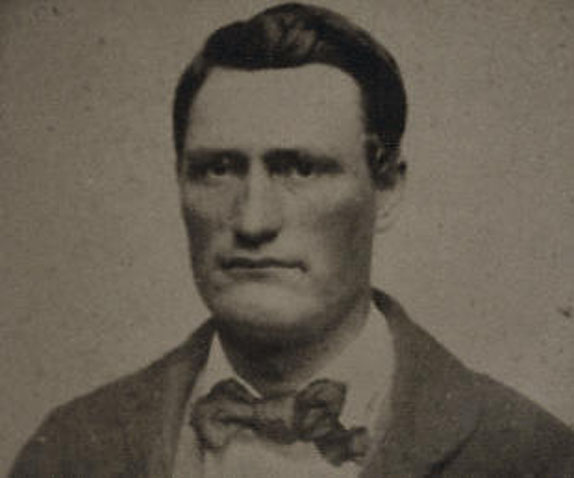 Sergeant Amos Humiston (1830-1863) of the 154th New York Infantry Regiment, was mortally wounded while retreating with his regiment from the area of Kuhn’s Brickyard towards Cemetery Hill. He died in the area of North Stratton Street. This view was taken circa 1860. 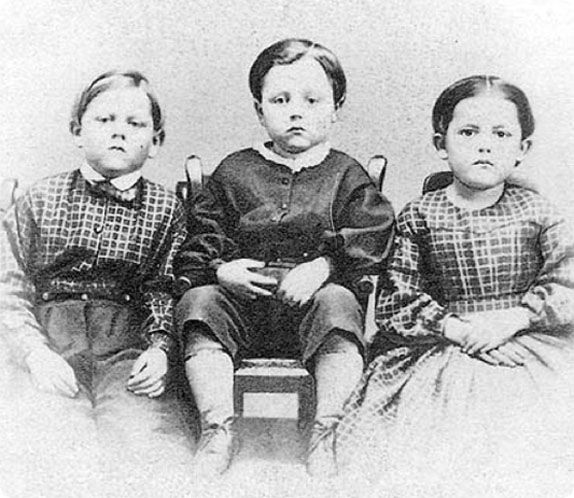 This is the image that Amos Humiston was holding as he died on North Stratton Street. It is of his three children, from left to right: Frank Humiston, Freddie Humiston, and Alice Humiston. This image was taken circa 1863. 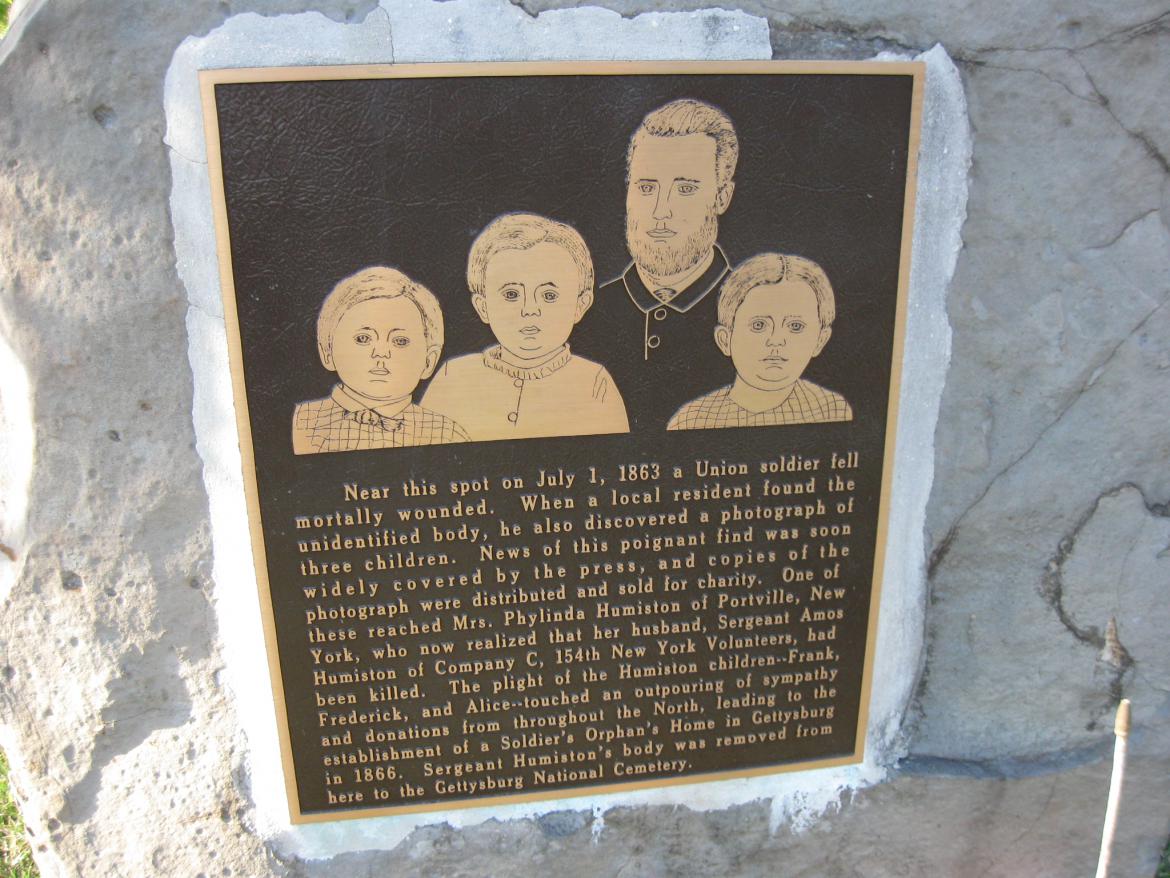 A detail of the Humiston monument shows Amos Humiston, now with a beard that his wife says he was growing as he left for war, along with his children. This view was taken facing northeast at approximately 6:30 PM on Friday, August 12, 2011. 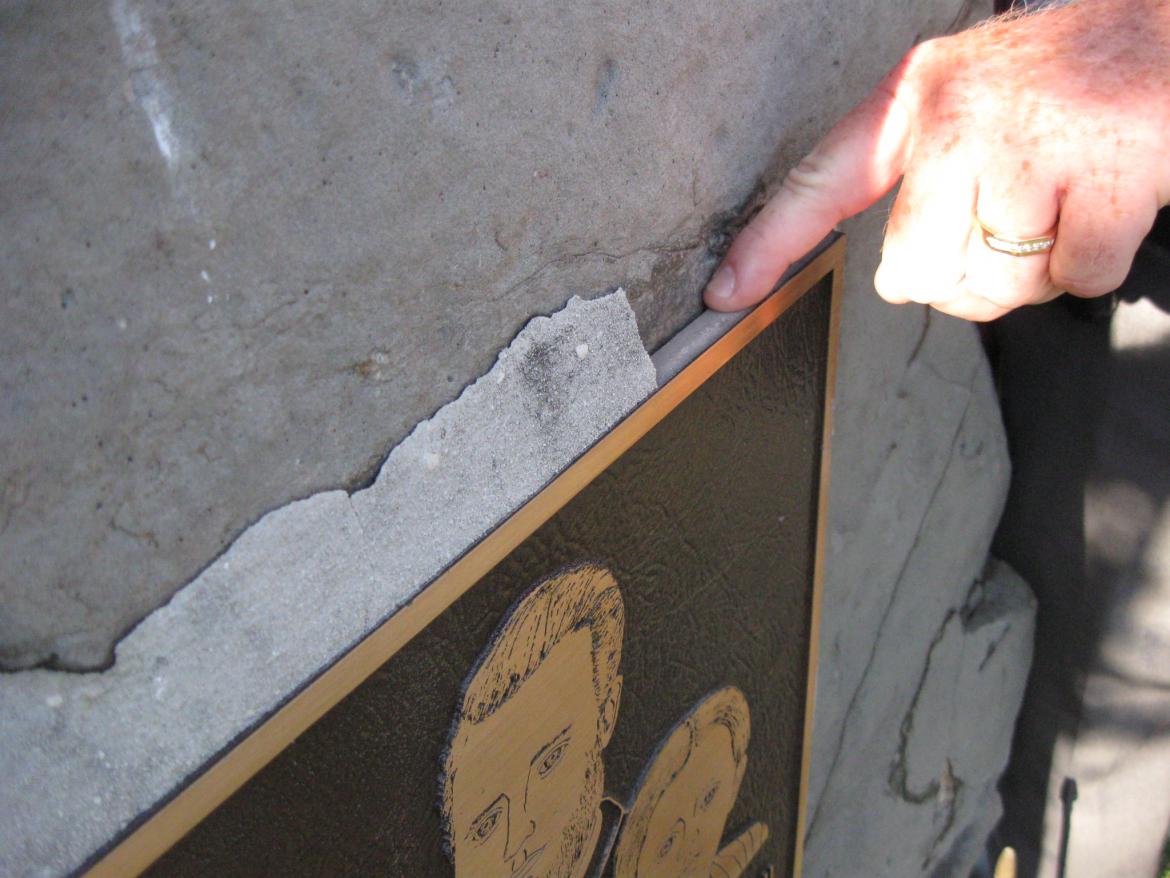 The mortar on the monument has been chipped away, and the plaque may be separated from the stone in the near future. This view was taken facing northeast at approximately 6:30 PM on Friday, August 12, 2011. 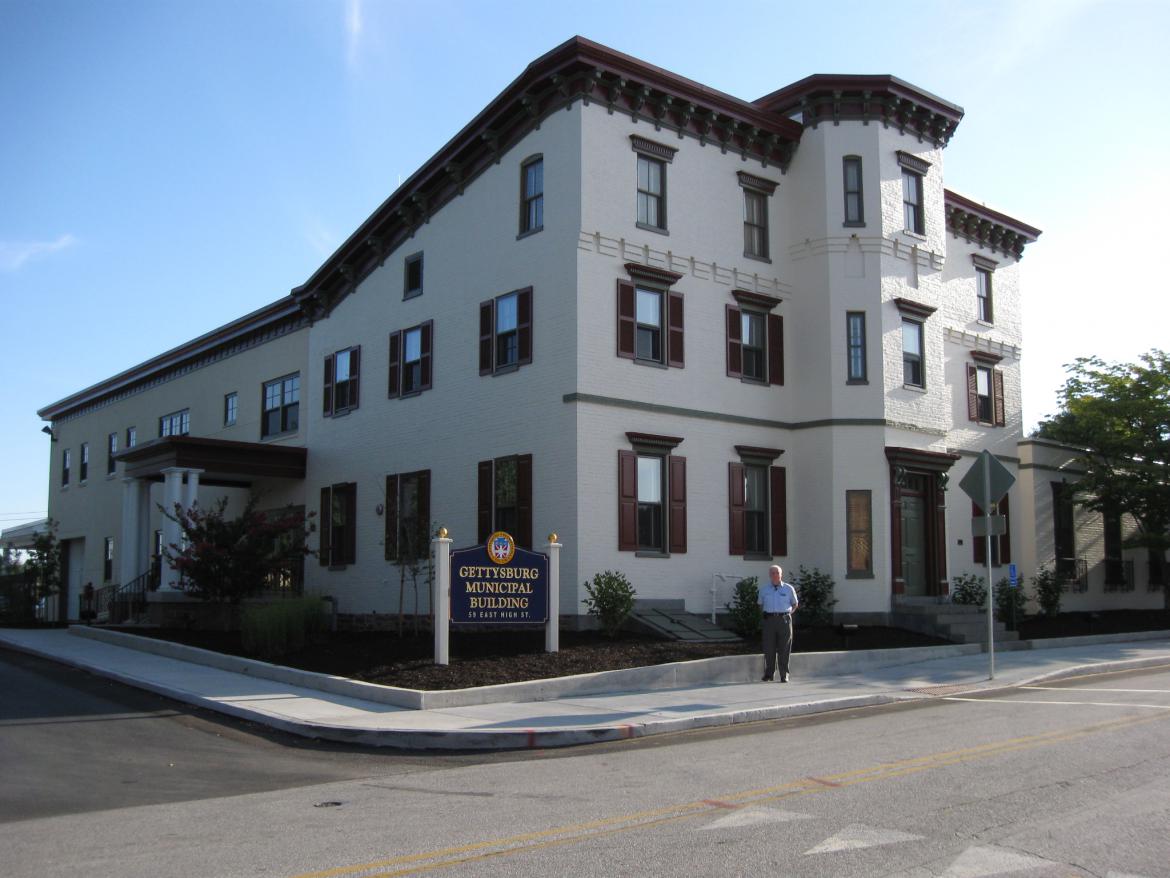 As of now, there are 151 places/facts on the list, and they are not in any particular order.