Gettysburg Licensed Battlefield Guide Fred Hawthorne is standing near the Gettysburg-Hanover Railroad Station/Hanover-Gettysburg Railroad Station/Western Maryland Railroad Station located on Carlisle Street, which is in the foreground. This view was taken facing southeast at approximately 5:45 PM on Friday, August 12, 2011.

In today’s 140 Places Every Guide Should Know post, Gettysburg Licensed Battlefield Guide Fred Hawthorne shows us the Western Maryland Railroad Station, one of the the houses that Captain Dwight D. Eisenhower stayed in while he commanded Camp Colt during World War I, Pennsylvania Hall and the President’s House on the Gettysburg College Campus. 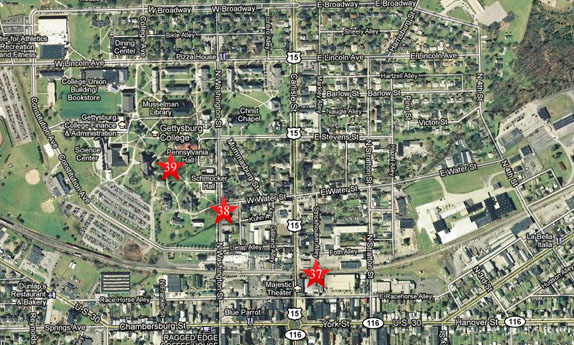 This map shows us the locations taken of the videos for the 140 Places Every Guide Should Know series. Videos #1-#36 were shown in our previous 140 Places Every Guide Should Know posts. Video #37 was taken at the Gettysburg-Hanover Railroad Station. Video #38 was taken at the house that Captain Dwight D. Eisenhower lived in on the Gettysburg College Campus during World War I. Video #39 was taken at on the Gettysburg College Campus between Pennsylvania Hall and the old President’s House. This map was created facing north at approximately 3:15 PM on Saturday, August 13, 2011. 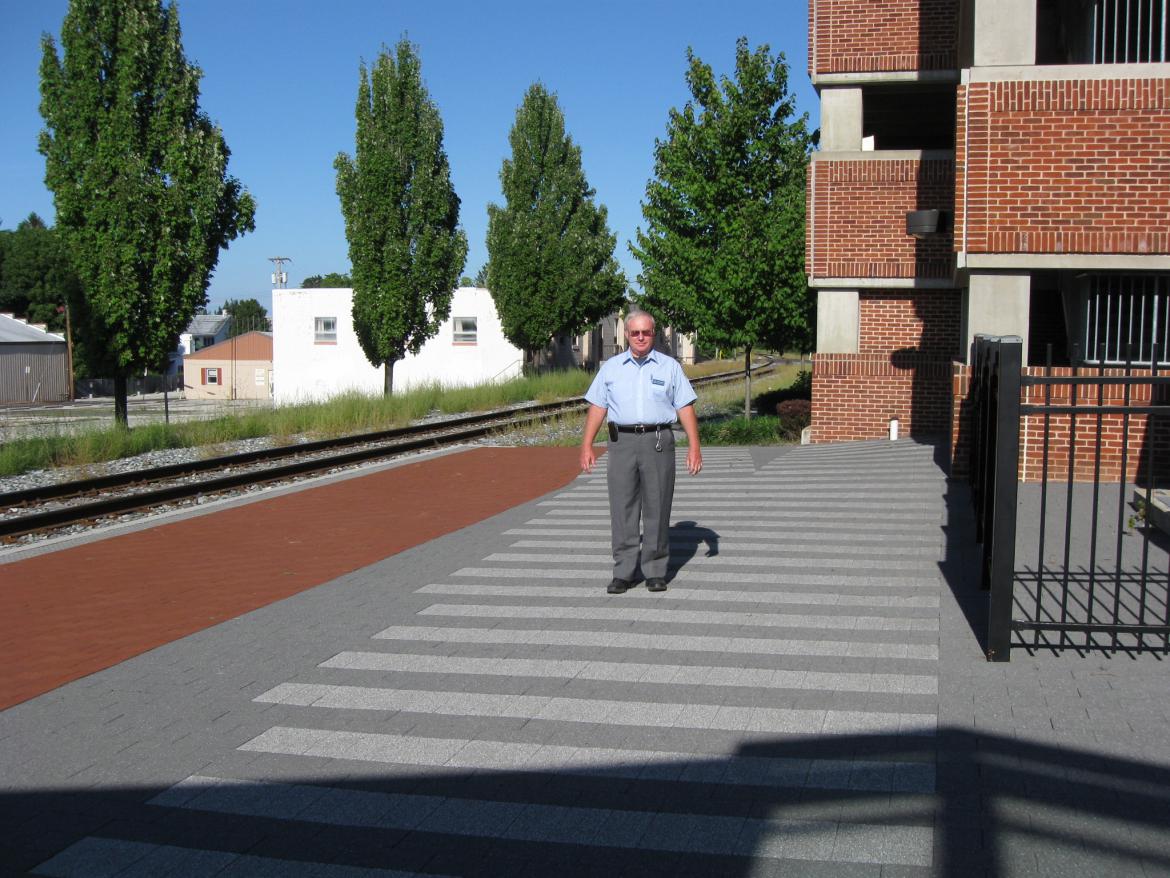 Gettysburg Licensed Battlefield Guide Fred Hawthorne is standing in the pathway of the passenger railroad tracks that entered the Gettysburg Railroad station from this location in the 1860s. The tracks for the freight trains in the 1860s are in the area where the current railroad tracks are located. The Gettysburg Parking Garage is the brick structure on the right. This view was taken facing east at approximately 5:45 PM on Friday, August 12, 2011. 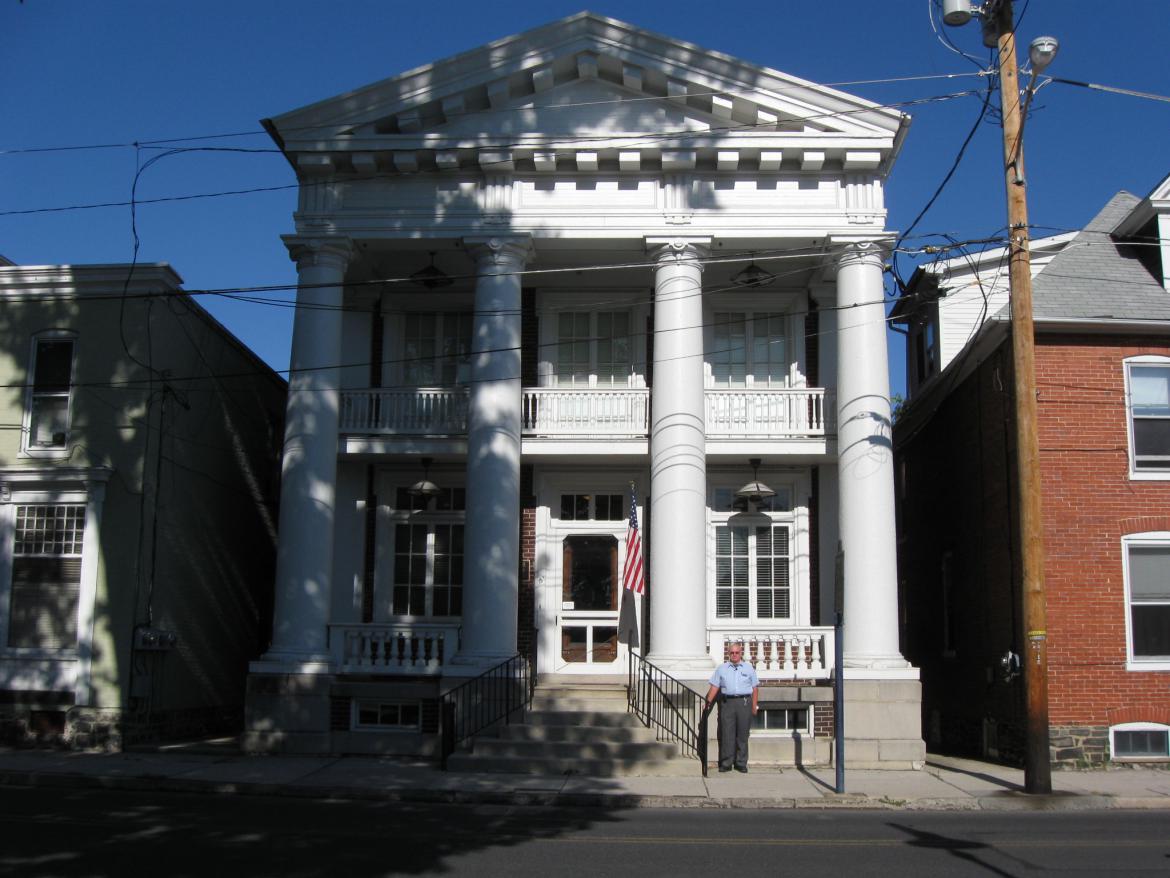 In case that you didn’t know that Eisenhower and his family occupied the home, there are three plaques/markers to help you out. Here’s one… This view was taken facing southeast at approximately 5:45 PM on Friday, August 12, 2011.

…this marker is to the left of the front door… This view was taken facing east at approximately 5:45 PM on Friday, August 12, 2011.

…and this state marker is out front on Washington Street. This view was taken facing north at approximately 5:45 PM on Friday, August 12, 2011. 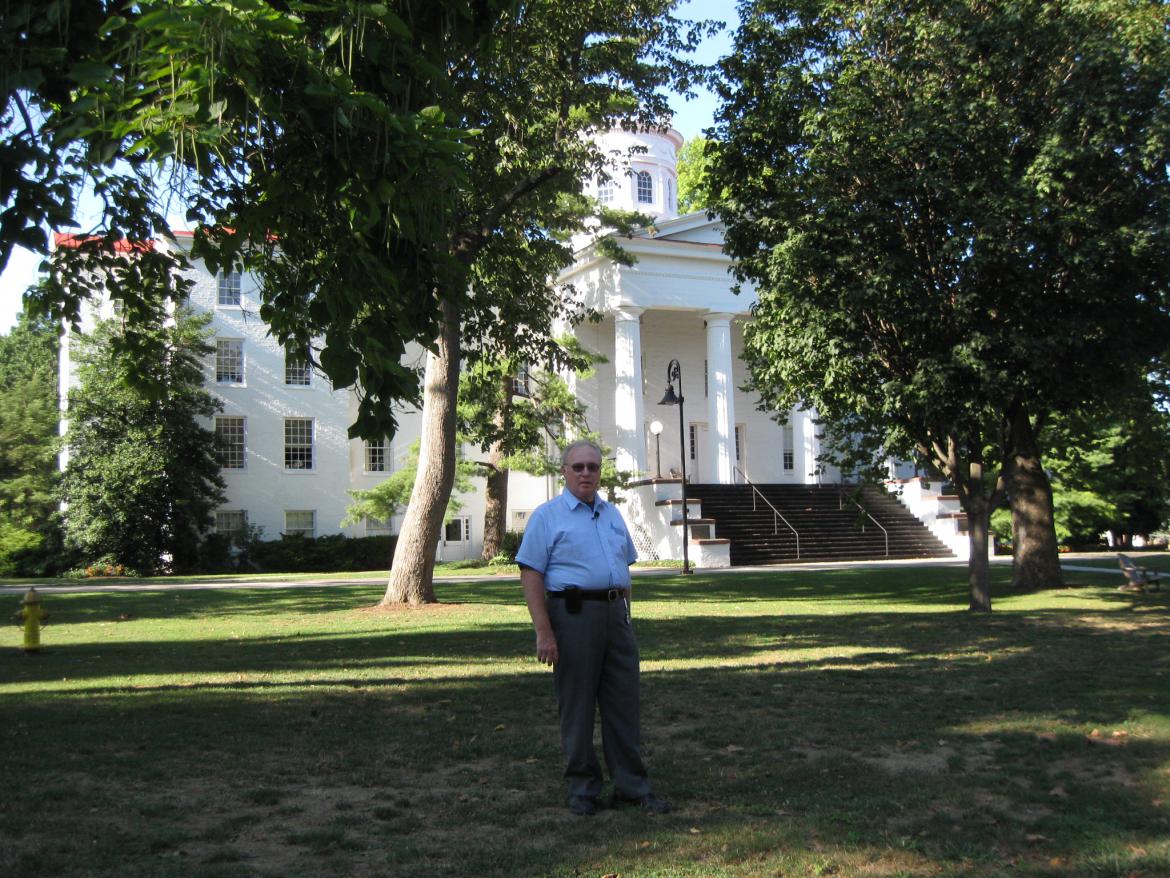 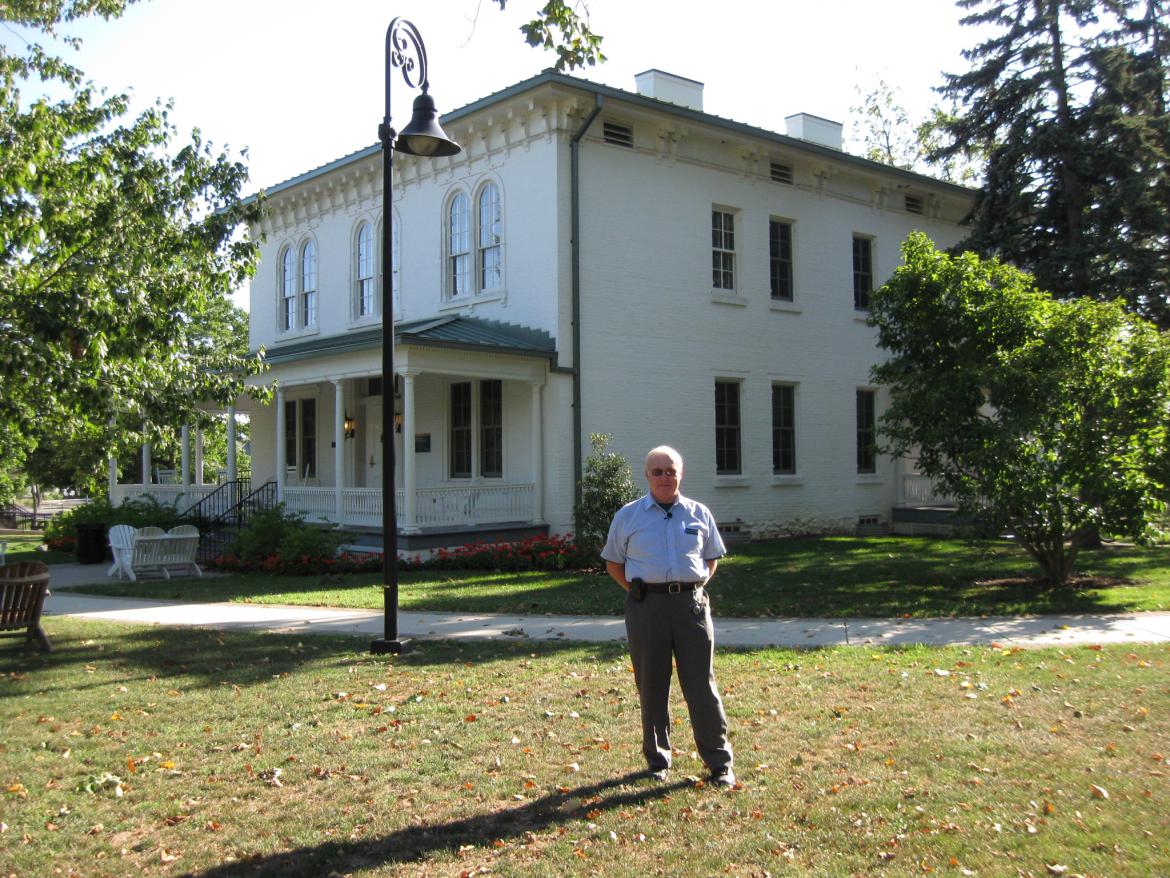 The other Civil War era building still standing on the campus of Gettysburg College is the old President’s House, built in 1860. This view was taken facing southwest at approximately 5:45 PM on Friday, August 12, 2011.

As of now, there are 149 places/facts on the list, and they are not in any particular order.