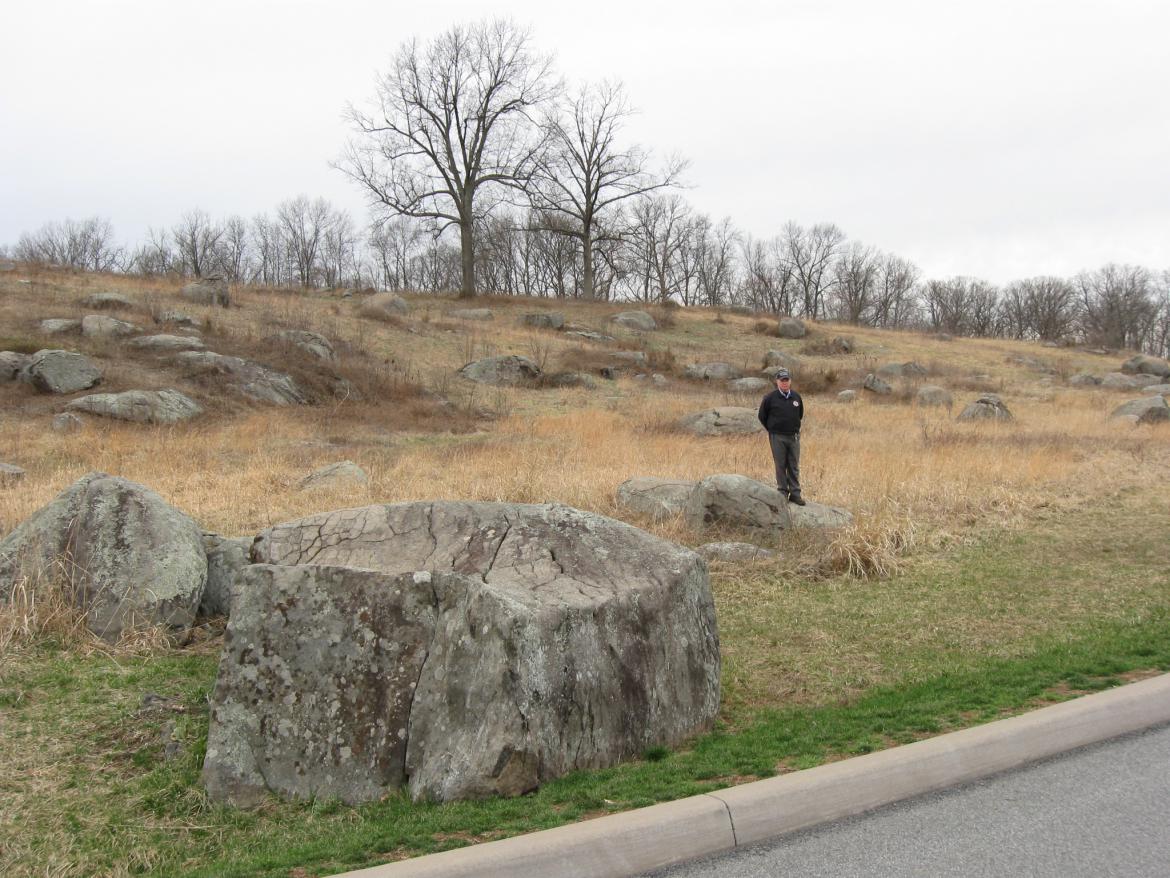 Gettysburg Licensed Battlefield Guide Fred Hawthorne is standing near the junction of Warren Avenue (out of sight on the right) with Crawford Avenue, part of which is shown in the foreground. Behind Fred is Houck’s Ridge, one of the 140 Places Every Guide Should Know. This view was taken facing northwest at approximately 5:45 PM on Friday, March 25, 2011.

In today’s 140 Places Every Guide Should Know post, Gettysburg Licensed Battlefield Guide Fred Hawthorne shows us Houck’s Ridge and the location of the Granite Schoolhouse. 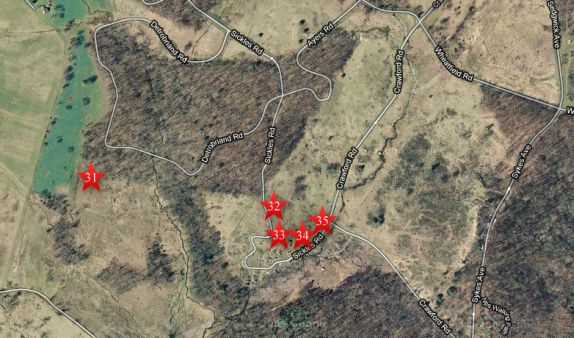 This map shows us the locations taken of the videos for the 140 Places Every Guide Should Know series. Videos #1-#35 were shown in this post and in our previous 140 Places Every Guide Should Know posts. Video #36 was taken at the location of the Granite Schoolhouse on Granite Schoolhouse Lane. This map was created facing north at approximately 8:30 AM on Friday, April 16, 2011.
In Video #35 (Videos #1-34 were shown in our previous 140 Places Posts) Gettysburg Licensed Battlefield Guide Fred Hawthorne shows the location of Houck’s Ridge and explains who owned it during and after the battle. This view was taken facing west at approximately 5:45 PM on Friday, March 25, 2011. 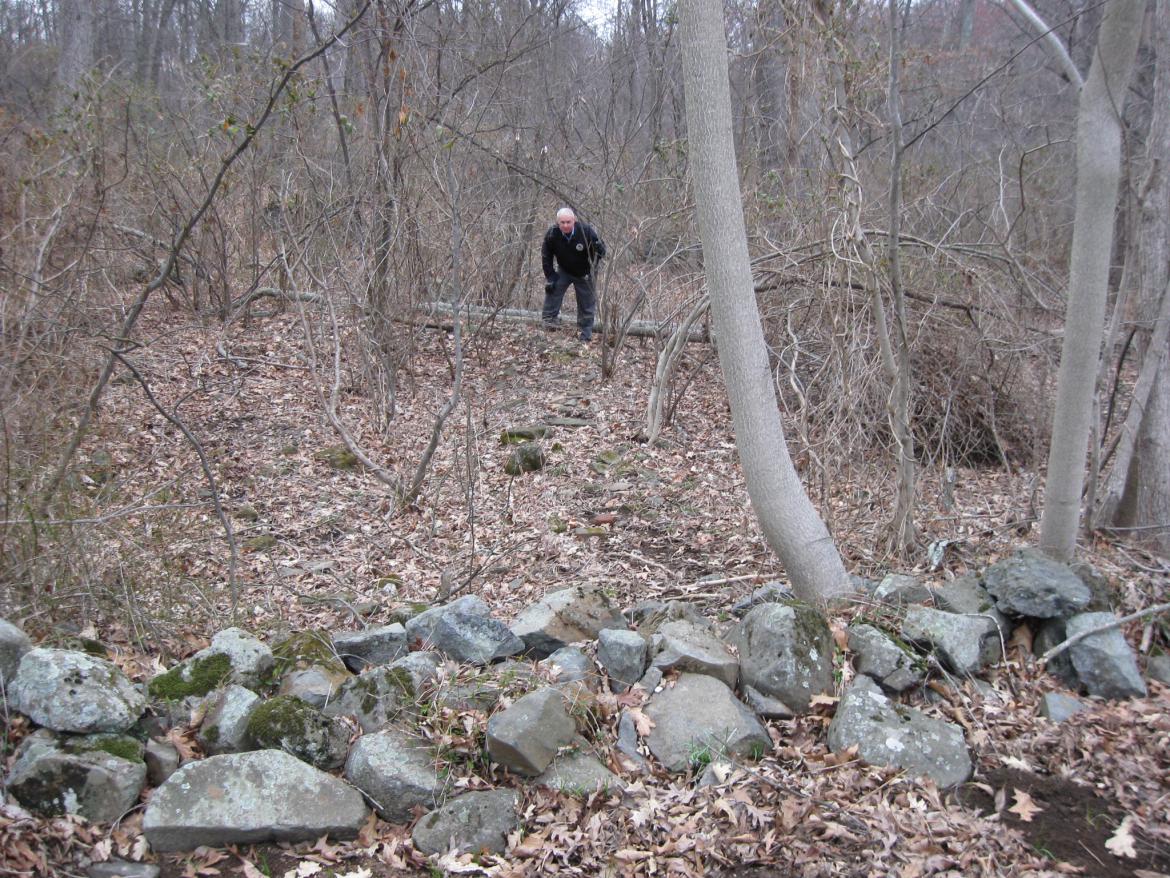 Licensed Battlefield Guide Fred Hawthorne is standing at the end of the foundation of the Granite Schoolhouse. If you look carefully on the ground, you will see foundation stones leading from the stone wall in the foreground to Fred. This view was taken facing northeast at approximately 5:45 PM on Friday, March 25, 2011. 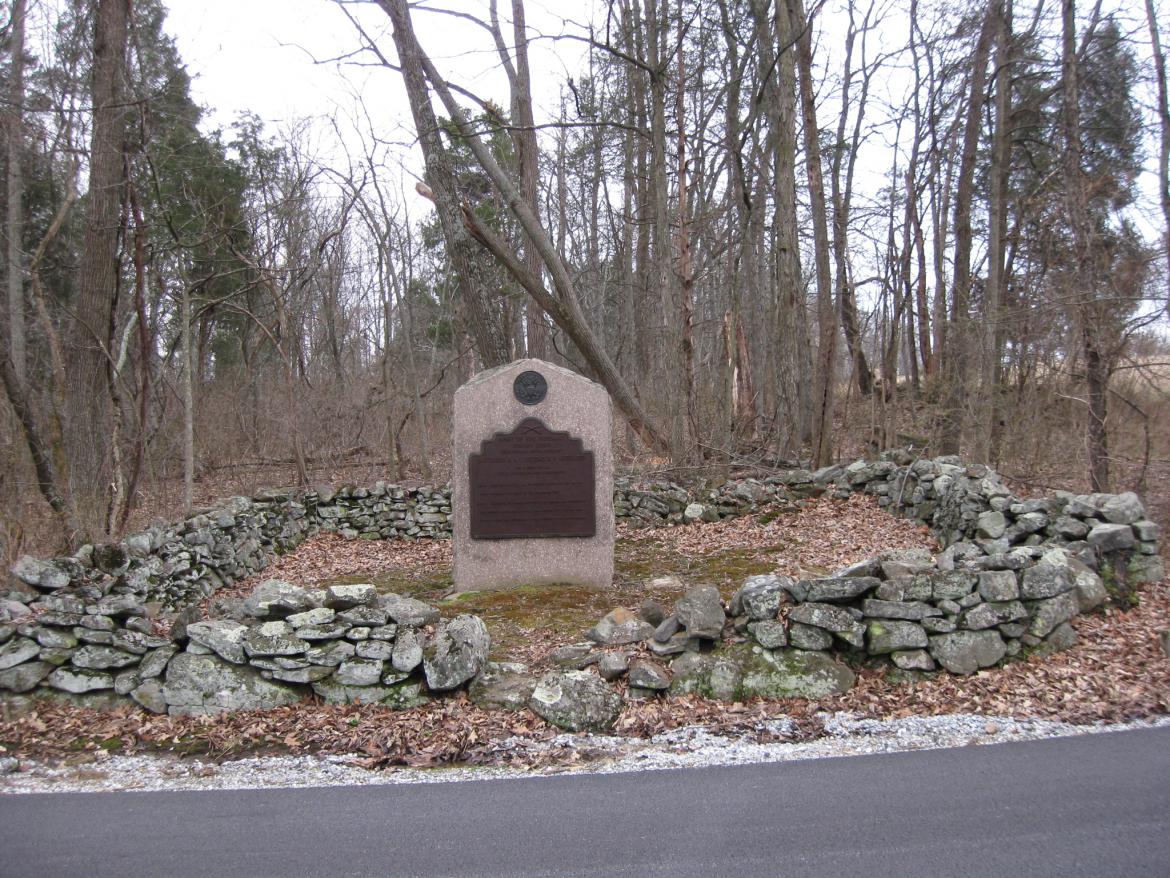 The best way to find the location of the Granite Schoolhouse is to look for this marker and the stone wall surrounding it on the south side of Granite Schoolhouse Lane. This view was taken facing south at approximately 5:45 PM on Friday, March 25, 2011. 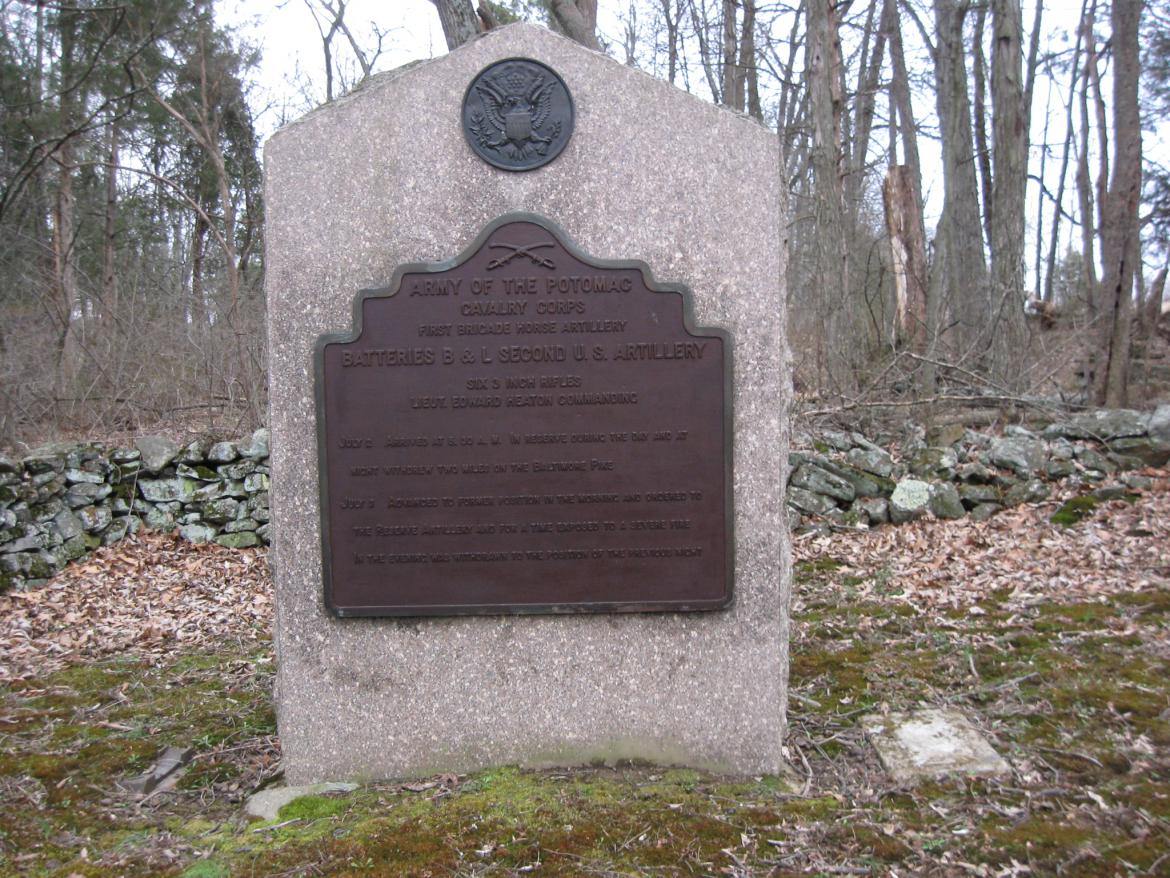 The monument marks the location of Lieutenant Edward Heatons’ Batteries B and L Second United States Artillery. This view was taken facing south at approximately 5:45 PM on Friday, March 25, 2011.
In Video #36 Licensed Battlefield Guide Fred Hawthorne is standing near the northeast corner of the Granite Schoolhouse foundation. He gives a brief history of the schoolhouse, including the fact that it was destroyed twice. Once when it was dismantled and became part of the Electric Map Visitor Center, and two years ago when that Visitor Center was demolished. This view was taken facing south to northwest to southwest to northwest at approximately 5:45 PM on Friday, March 25, 2011. 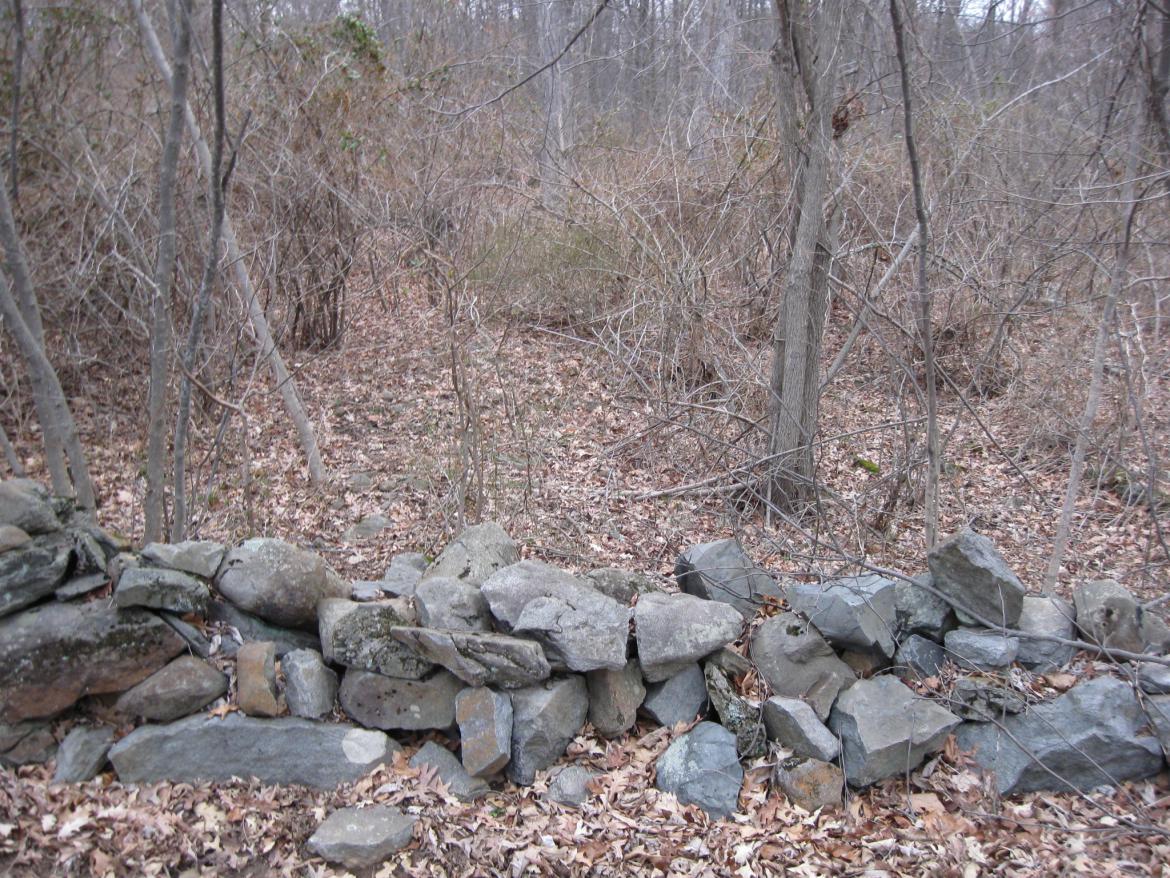 The foundation for the schoolhouse is north of the Granite Schoolhouse Lane. The foundation stones in this view are just left of center, and running away from the camera. We came at a good time of year because the foliage is down… This view was taken facing north at approximately 5:45 PM on Friday, March 25, 2011. 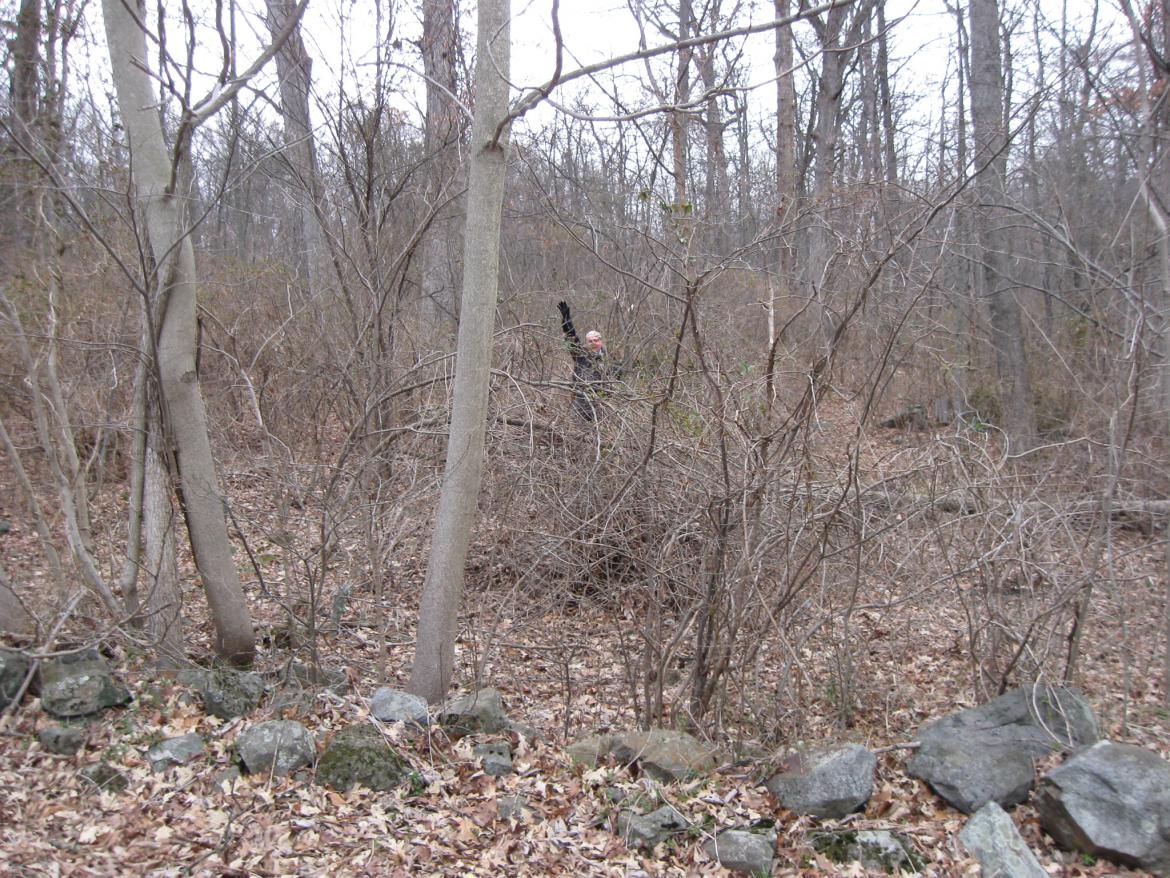 …but even this time of year is not ideal for finally locating the foundation. This view was taken facing north at approximately 5:45 PM on Friday, March 25, 2011.

As of now, there are 148 places/facts on the list, and they are not in any particular order.