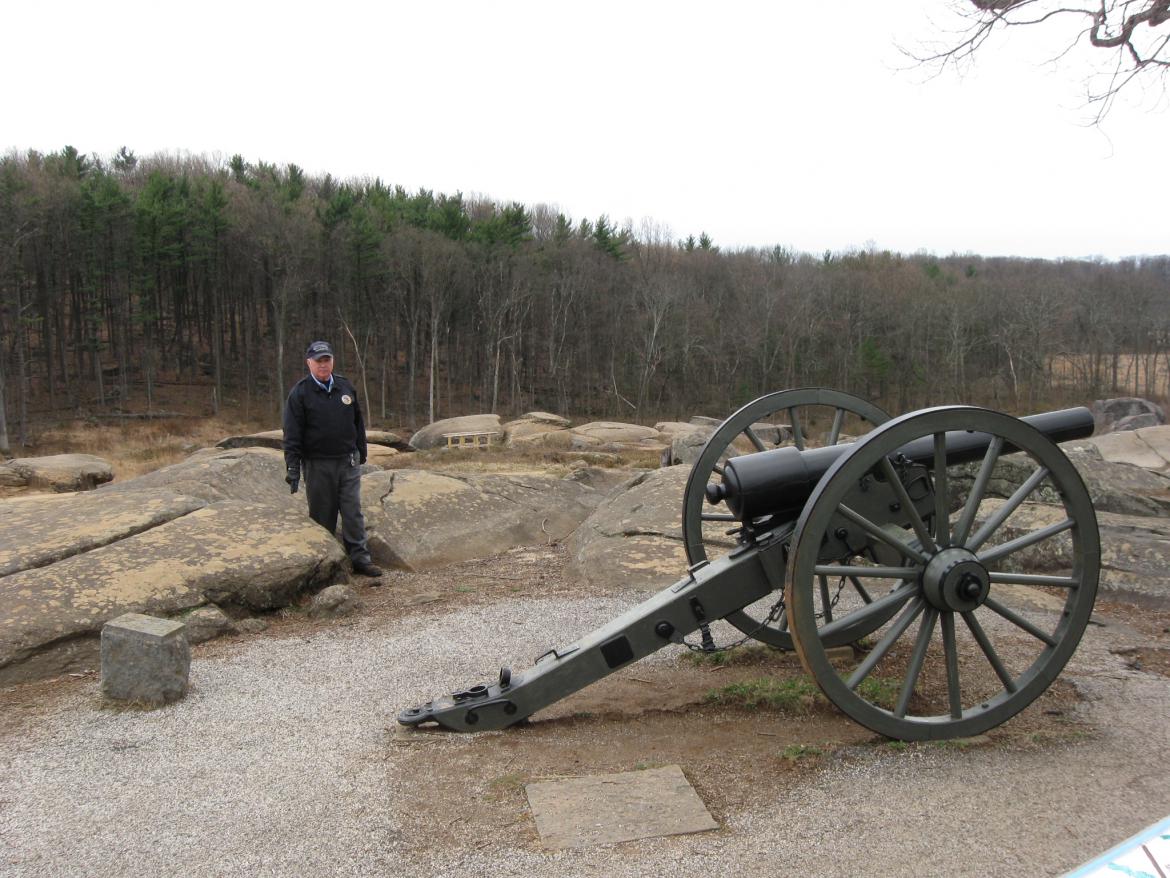 Gettysburg Licensed Battlefield Guide Fred Hawthorne is standing at on top of the Devil’s Den area near the position marking Smith’s New York Battery. He is pointing to the P. Noel Carving. This view was taken facing southeast at approximately 5:45 PM on Friday, March 25, 2011. 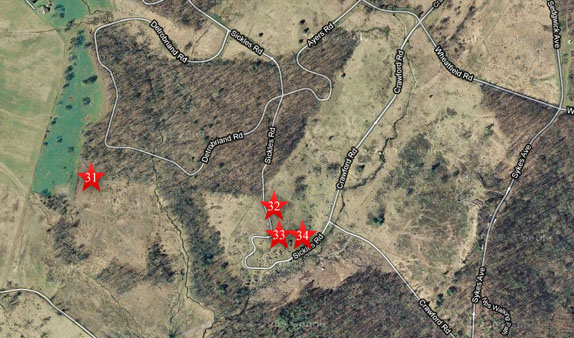 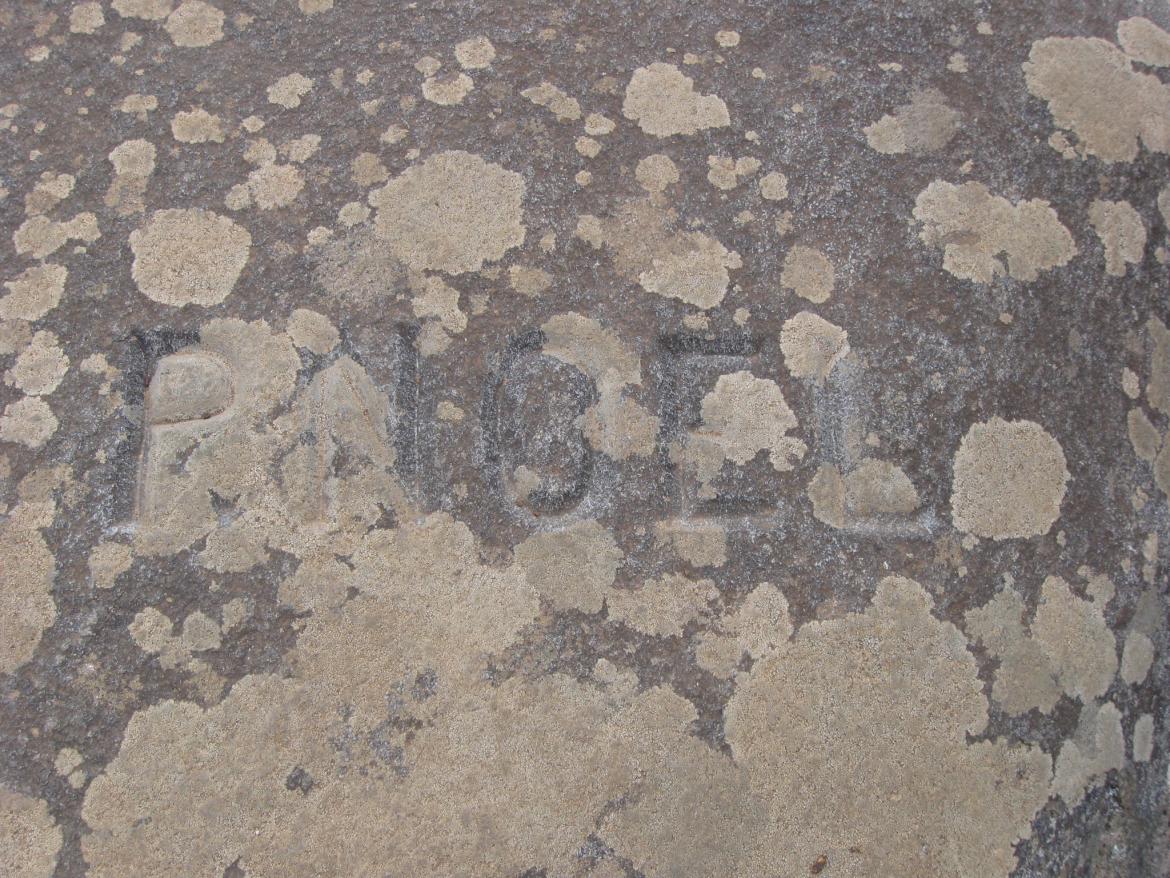 The P. Noel carving might have been completed by a professional stone carver. This view was taken facing southeast at approximately 5:45 PM on Friday, March 25, 2011.
In Video #33 (Videos #1-32 were shown in our previous 140 Places Posts) Gettysburg Licensed Battlefield Guide Fred Hawthorne shows the location of the P. Noel rock carving and agrees with Licensed Battlefield Guide Tim Smith that the creator of the carving was probably Gettysburg resident Parke Noel. This view was taken facing east to southeast at approximately 5:45 PM on Friday, March 25, 2011. 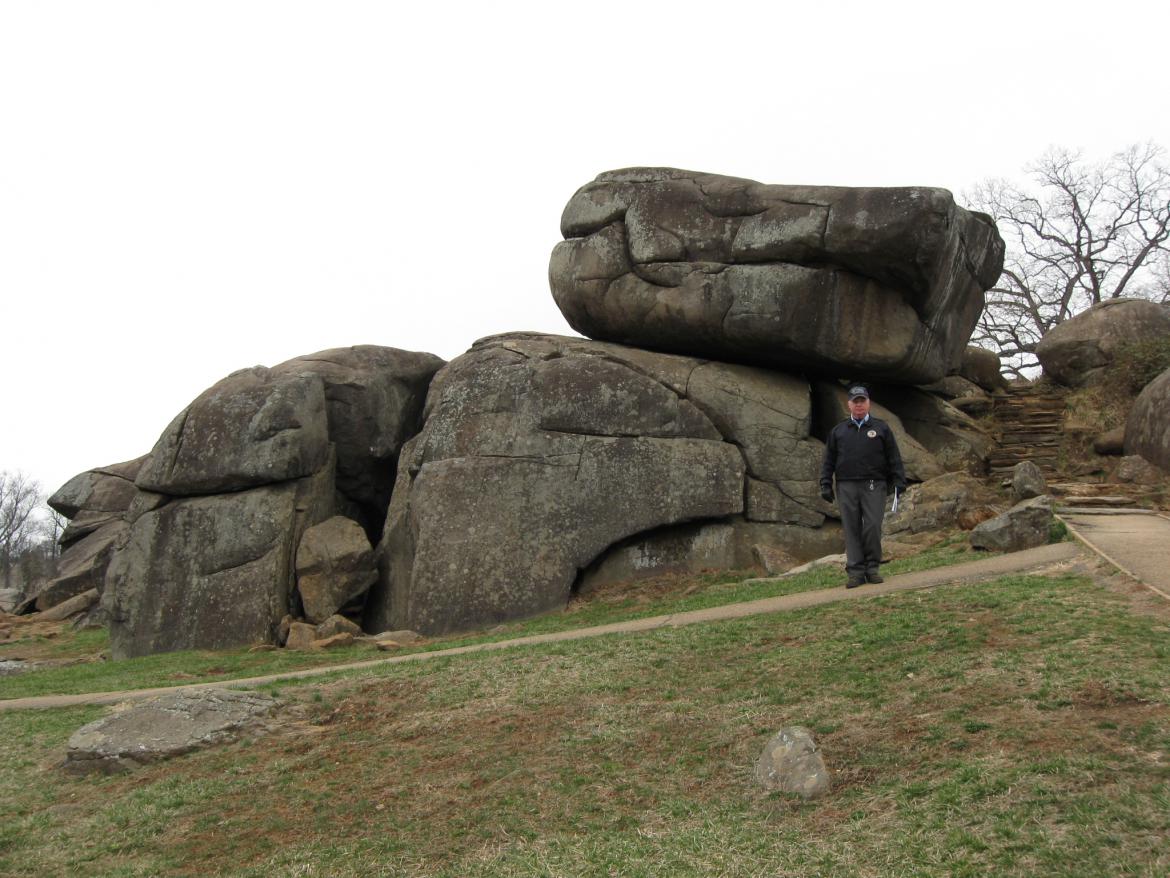 As of now, there are 147 places/facts on the list, and they are not in any particular order.