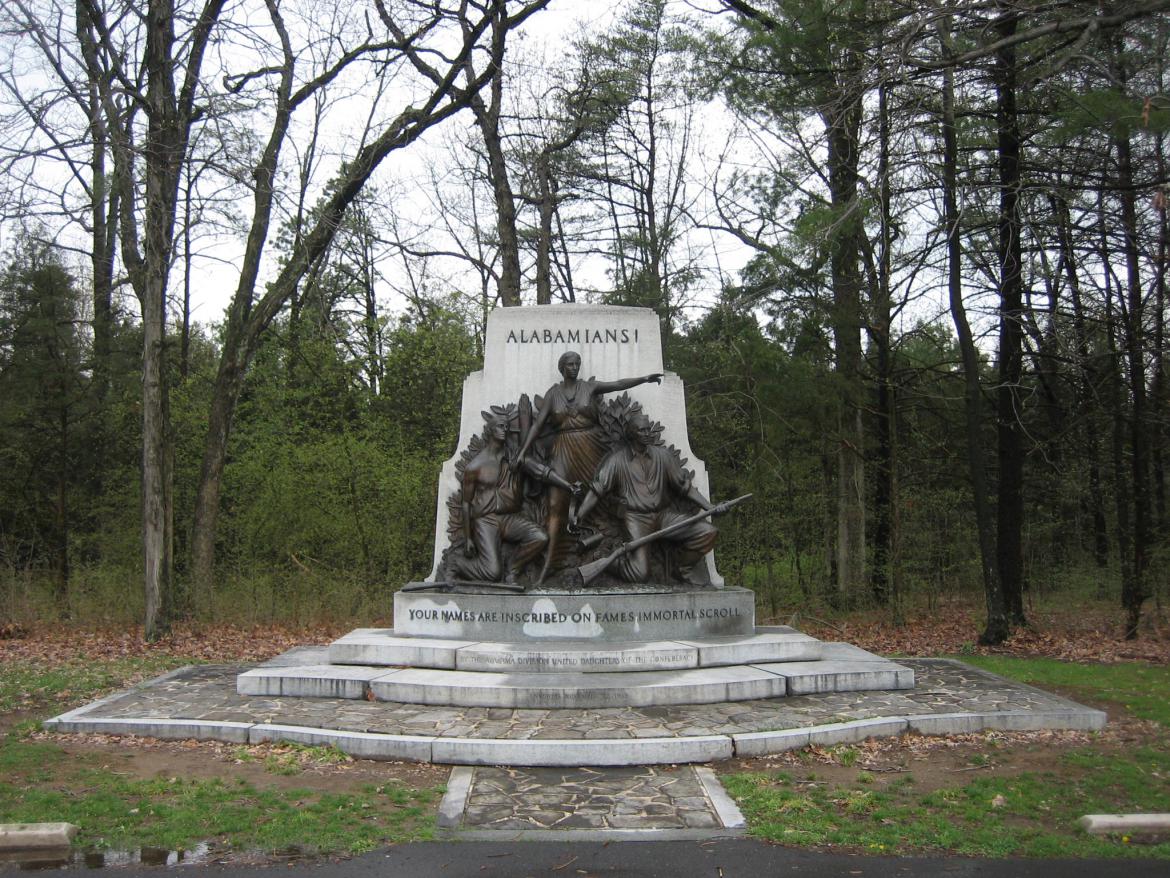 It rained hard off and on today, and the Star and Banner took advantage of a break in the showers to photograph the Alabama Monument. Located on West Confederate Avenue on Warfield Ridge, the monument was dedicated in 1933. 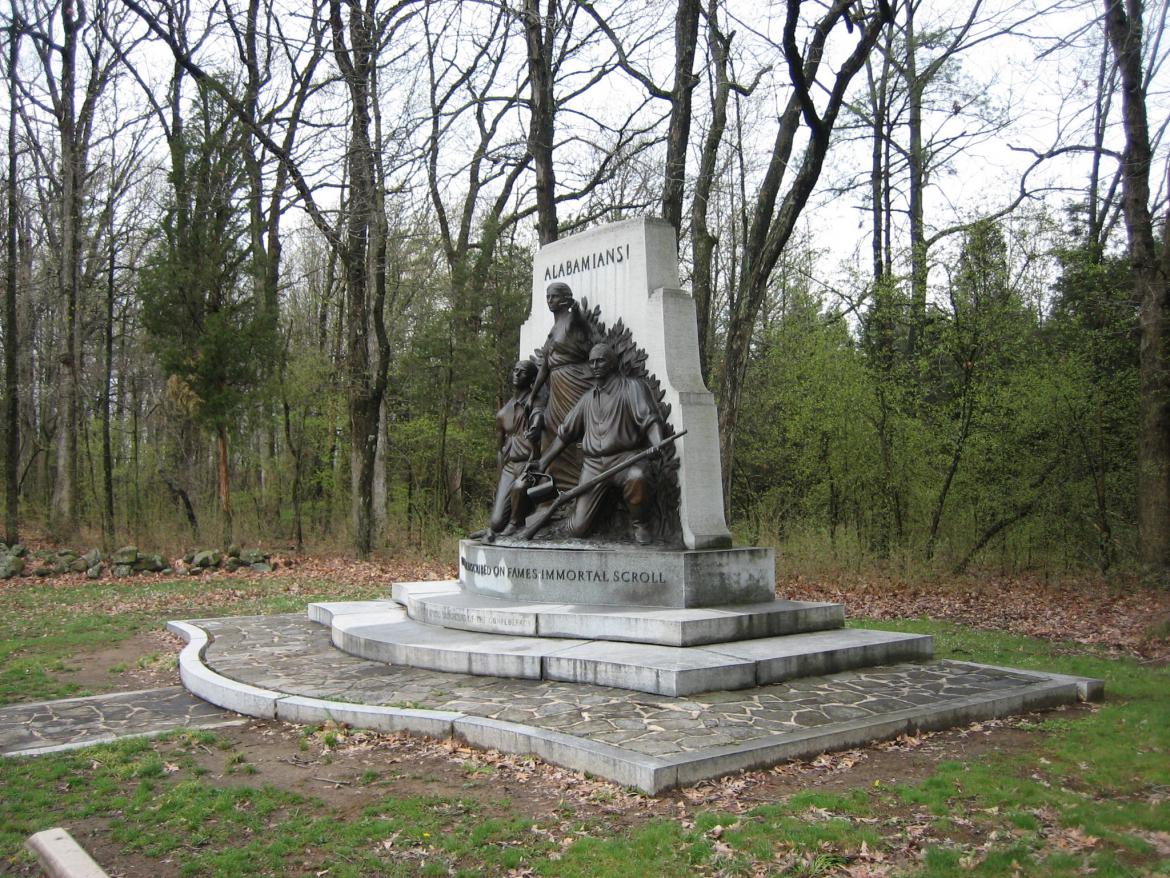 Alabama was the third southern state to erect a state monument at Gettysburg. The United Daughters of the Confederacy pressured the Alabama legislature to give funds in 1927. The monument was dedicated on November 12, 1933. This view was taken from the northeast facing southwest at approximately 3:00 PM on Sunday, April 20, 2008. 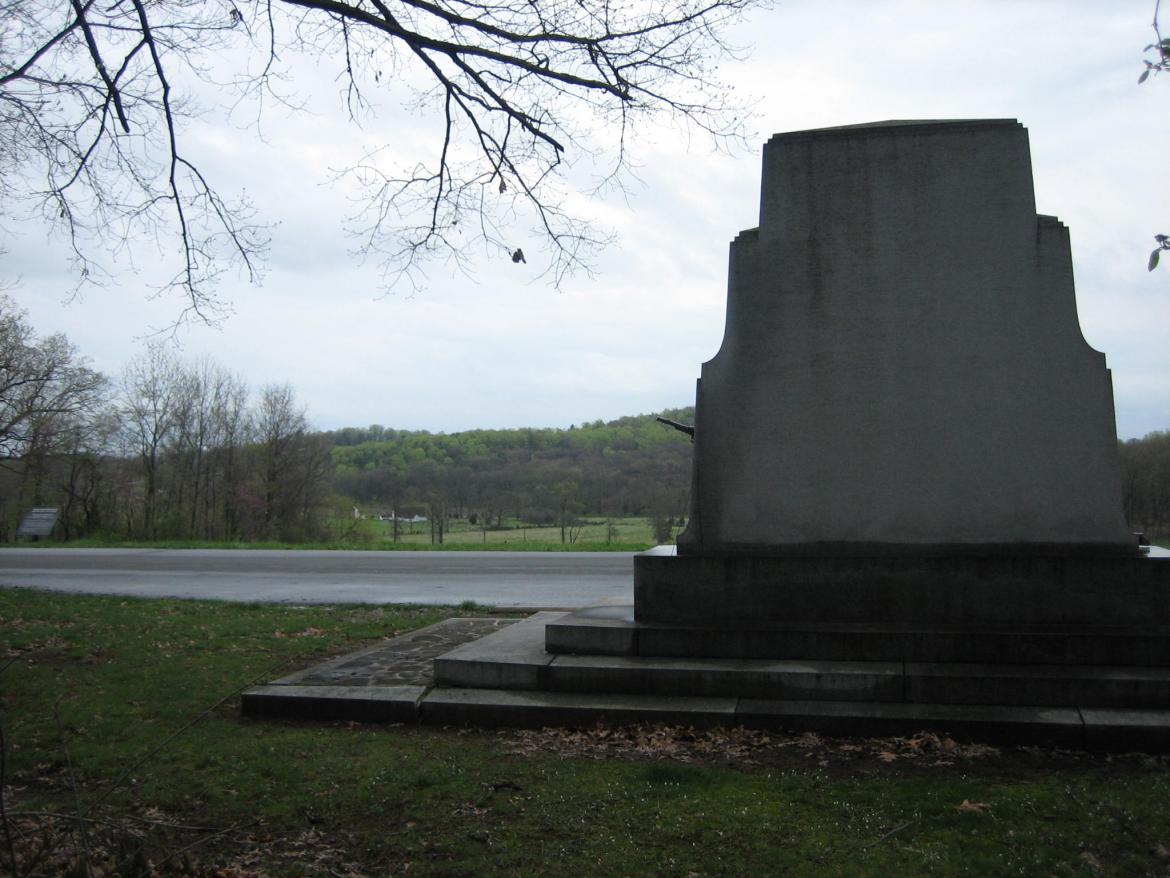 The Alabama Monument is located at the “jumping off point” for Evander Law’s Alabama Brigade. This rear view of the monument hides Big Round Top, which is directly in front of the monument. Little Round Top is in the left distance. This view was taken from the west facing east at approximately 3:00 PM on Sunday, April 20, 2008. 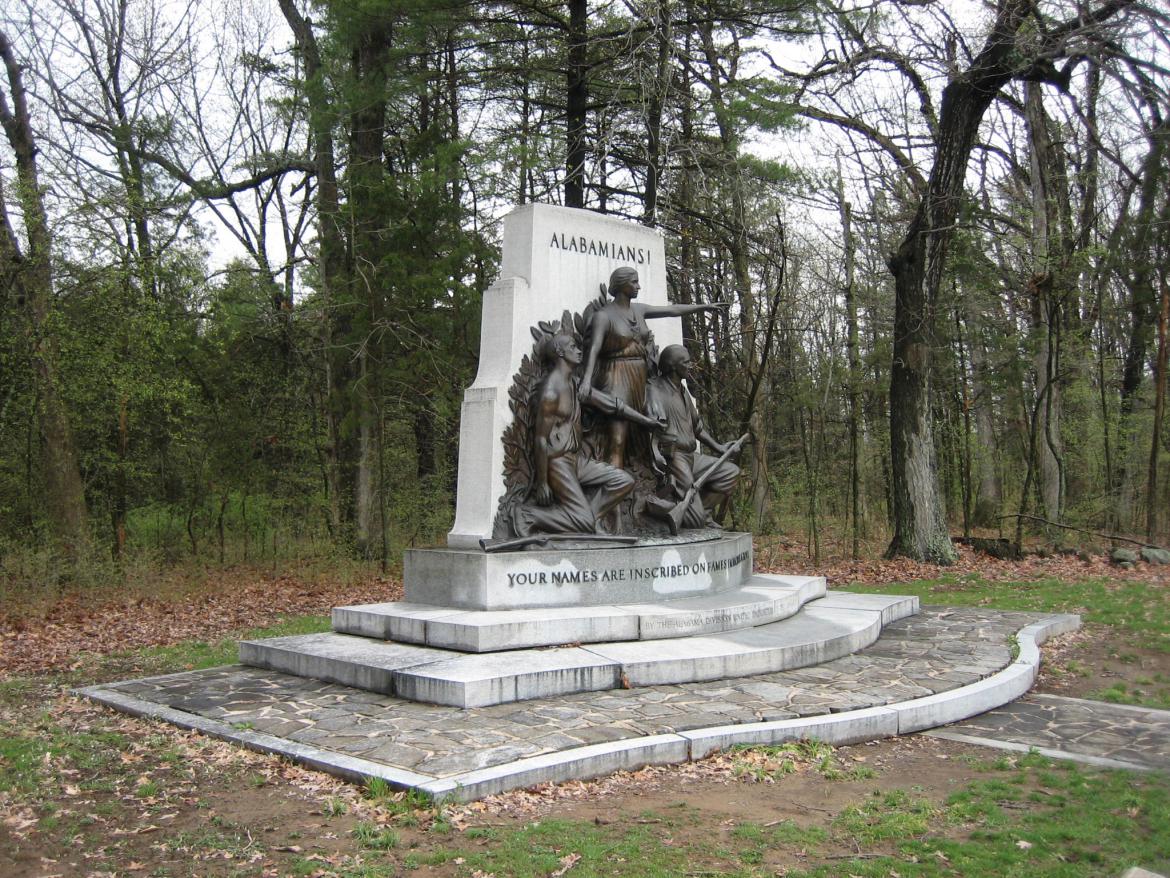 The cost of the monument was $12,000. Joseph W. Urner was the sculptor. The designer and contractor was Hammacker Brothers. The standard bronze was furnished by the Roman Bronze Company. The bronze is attached to Vermont granite. The monument is 12 feet tall, 19 feet long, and 8 feet, 3 inches wide. This view was taken from the southeast facing northwest at approximately 3:00 PM on Sunday, April 20, 2008.