The 27th Indiana and Spangler’s Meadow 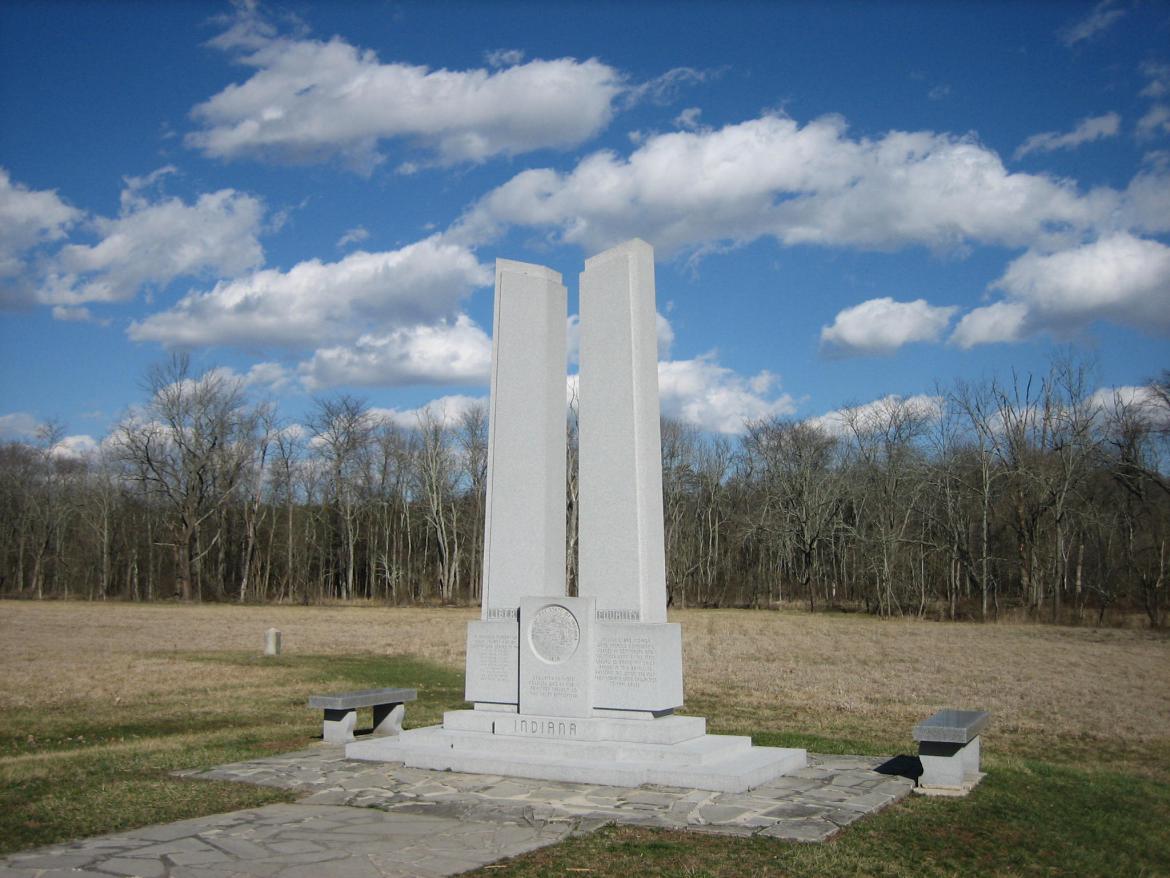 The Indiana State Monument. The monument was located in Spangler’s Meadow because of the action of the 27th Indiana Infantry regiment on July 3, 1863. A marker showing the farthest advance of the 27th Indiana across this field from right to left in this view, or southwest to northeast, is on the left of this picture. This view was taken from the west facing east at approximately 4:30 PM on Thursday, March 20, 2008.

Early in the morning of July 3, 1863, the 27th Indiana Infantry Regiment, along with the 2nd Massachusetts Infantry Regiment, were ordered to attack Confederates at the southern area of Culp’s Hill, or Spangler’s Hill, just south of Spangler’s Spring. The attack was a disaster for the United States. Both regiments lost heavily. The 27th Indiana took approximately 339 men and officers into the fighting here, and 110 of them were killed, wounded, missing or captured. The Gettysburg Daily took photographs of their monuments and markers on a windy, sunny Thursday. 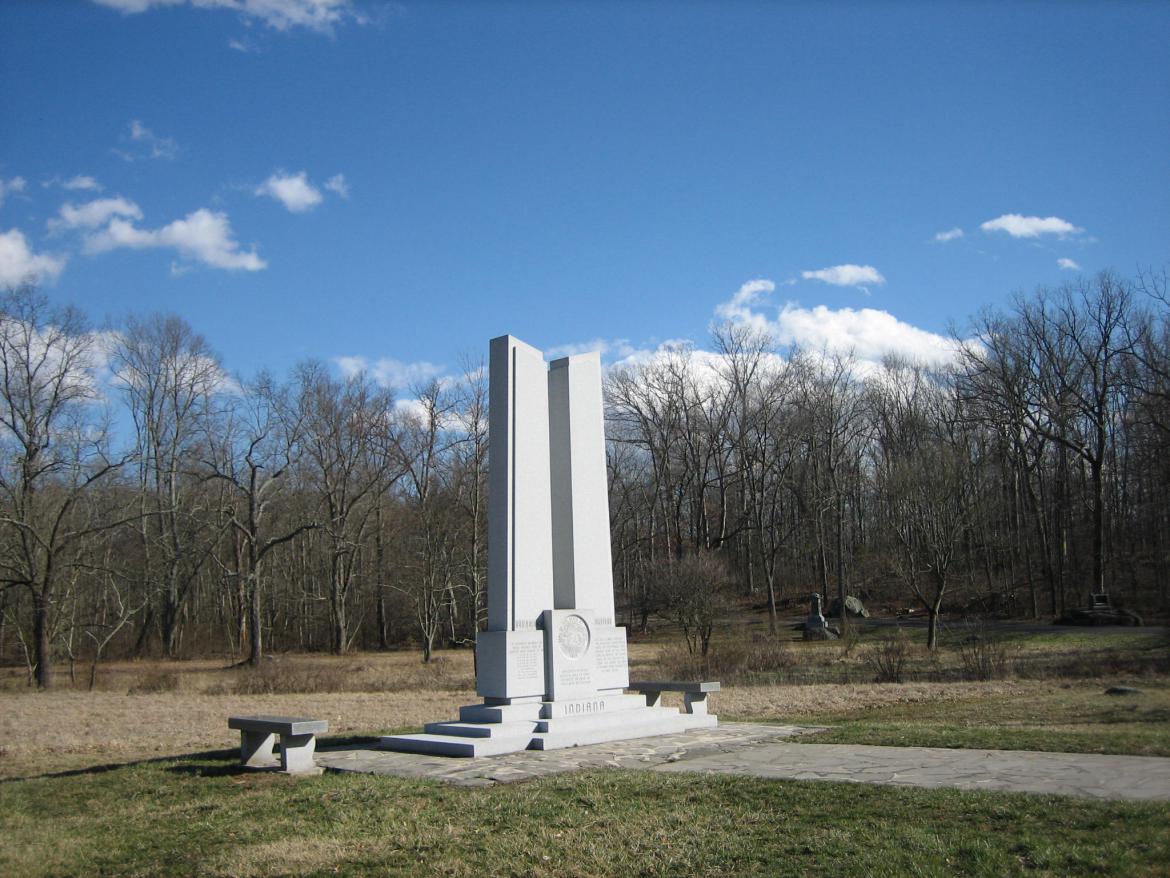 The Indiana State Monument was designed and built in the fall of 1970 by Codori Memorials of Gettysburg for a cost of $17,000. It was dedicated on July 1, 1971. It weights 28,000 pounds and is made of Barre Granite and Beford, Indiana limestone. The regimental monument to the 27th Indiana Infantry Regiment is in the right background of this picture. View from the north facing south at approximately 4:30 PM on Thursday, March 20, 2008. 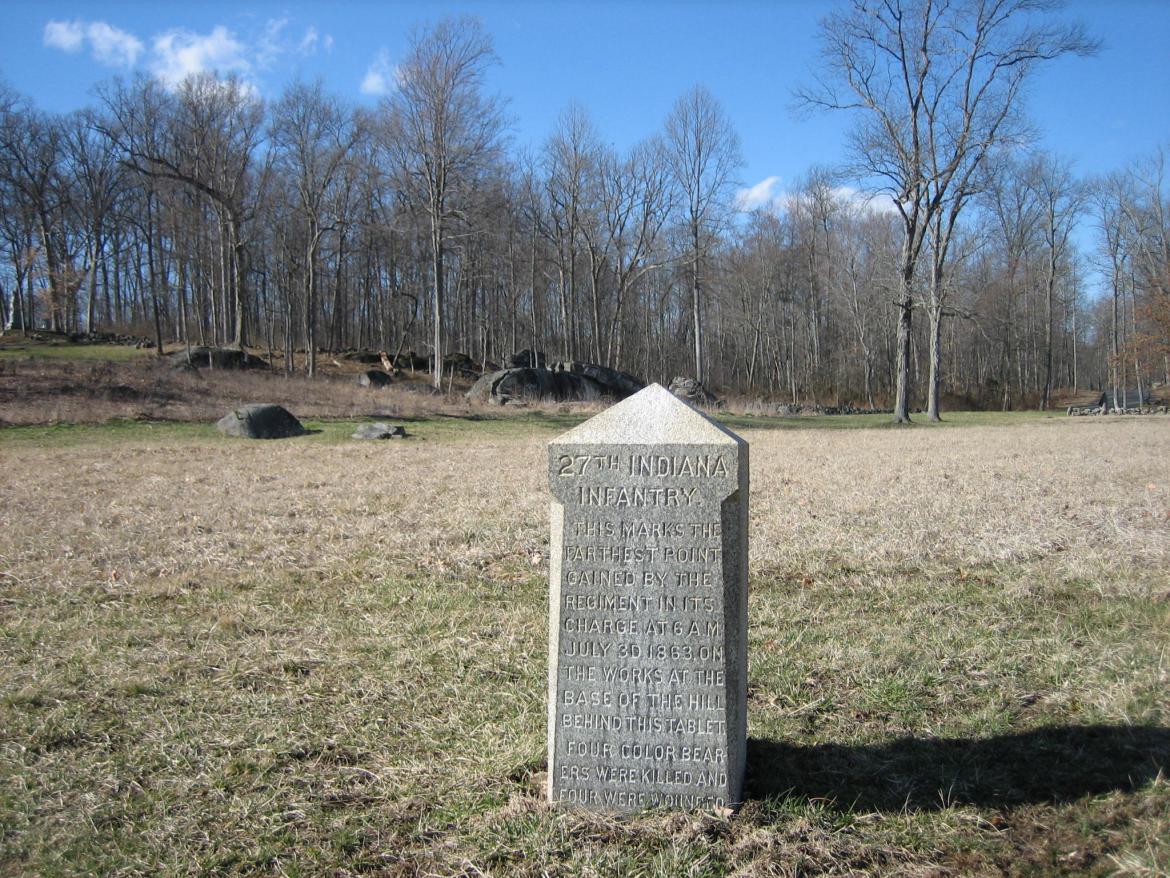 The marker showing the farthest advance of the 27th Indiana across Spangler’s Meadow. From the rocks ahead on Culp’s Hill, or Spangler’s Hill, and behind the stone wall to the front right, Confederates infantry fire poured into the Hoosiers here in the open. Second Lieutenant David C. Van Buskirk of Company F was the tallest soldier in the Union Army during the Civil War– 6’10 1/2″. He was not wounded crossing the field during this action, or any time during the war, but he was captured here. View from the southwest looking northeast at approximately 4:30 PM on Thursday, March 20, 2008. 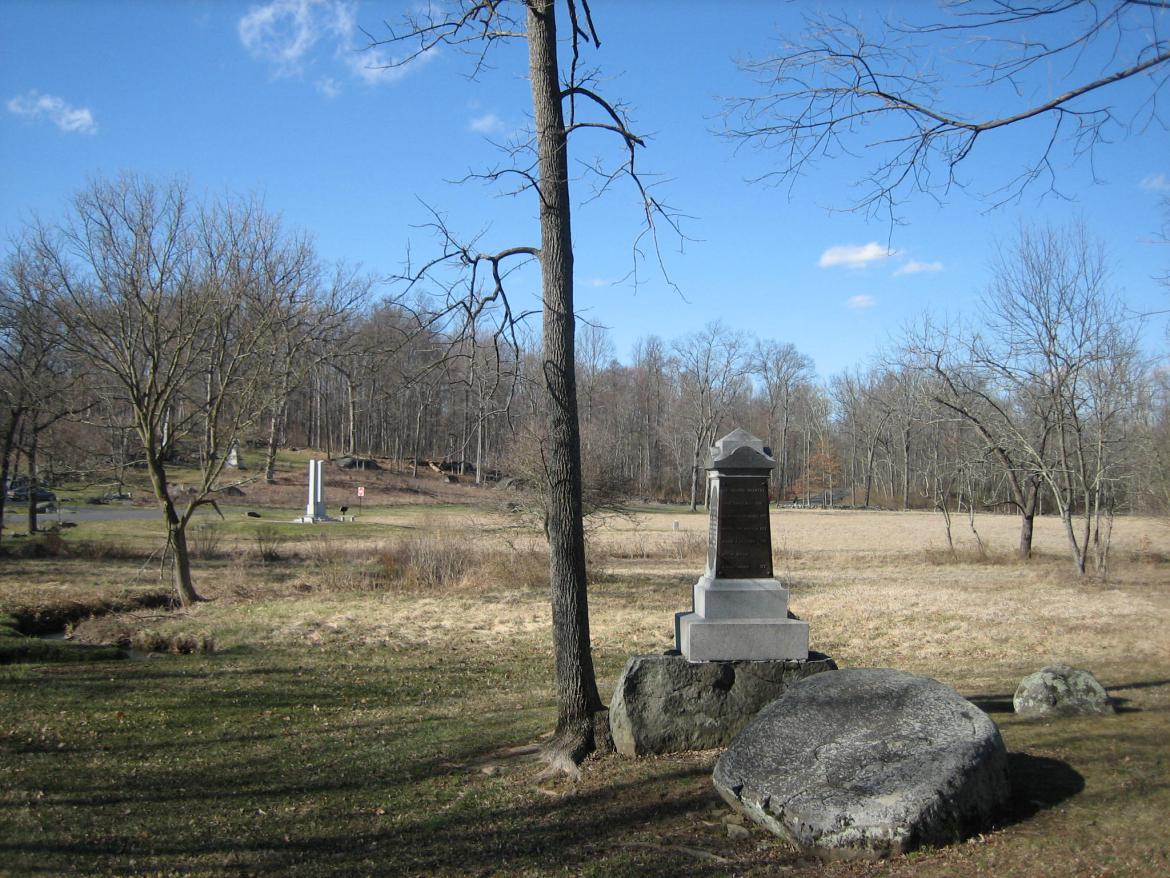 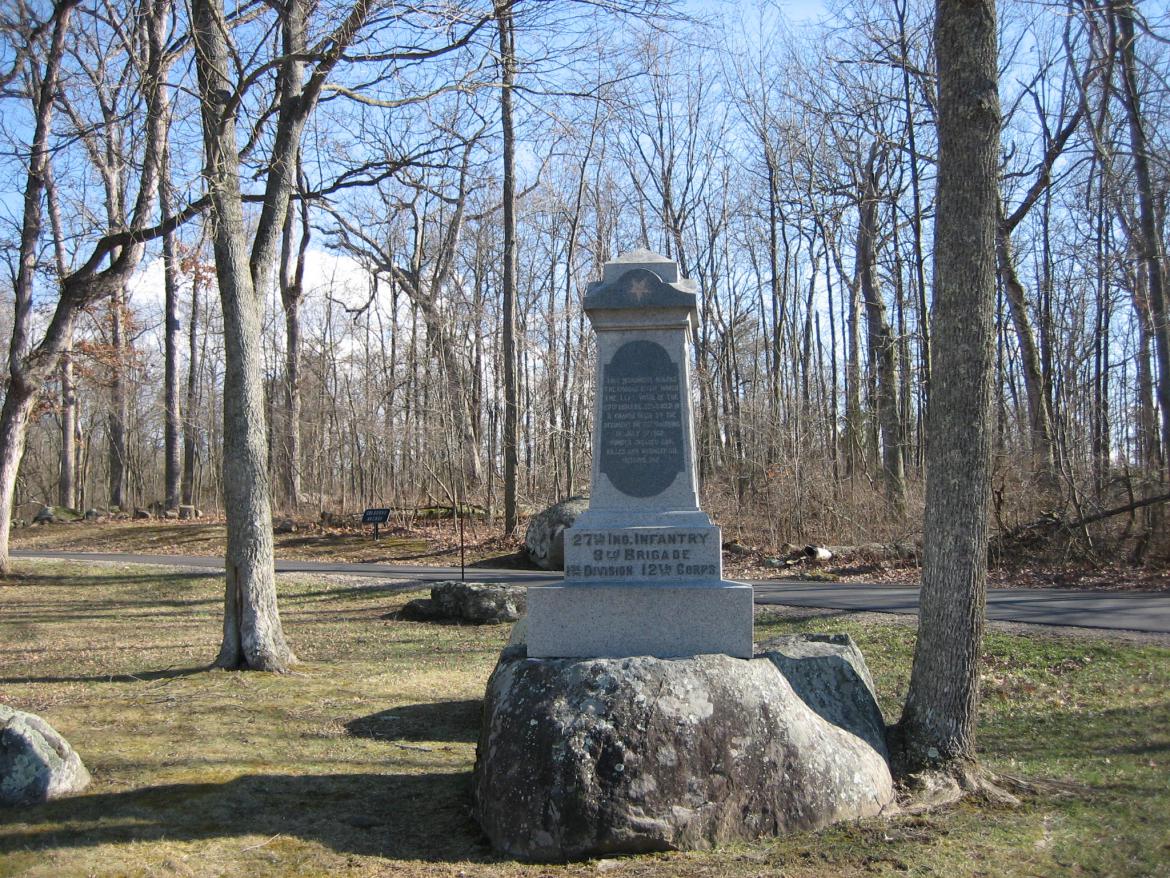 The regimental monument to the 27th Indiana Infantry was erected in 1885 at a cost of $500. It is made of Bedford, Indiana limestone. The monument sits on a rock that was used to shelter wounded Hoosiers during the fighting. The sign in the left background marks Colgrove Avenue, named after 27th Indiana commander Silas Colgrove. This view was taken from the northeast facing southwest at approximately 4:30 PM on Thursday, March 20, 2008.