Stars on the Tennessee State Monument 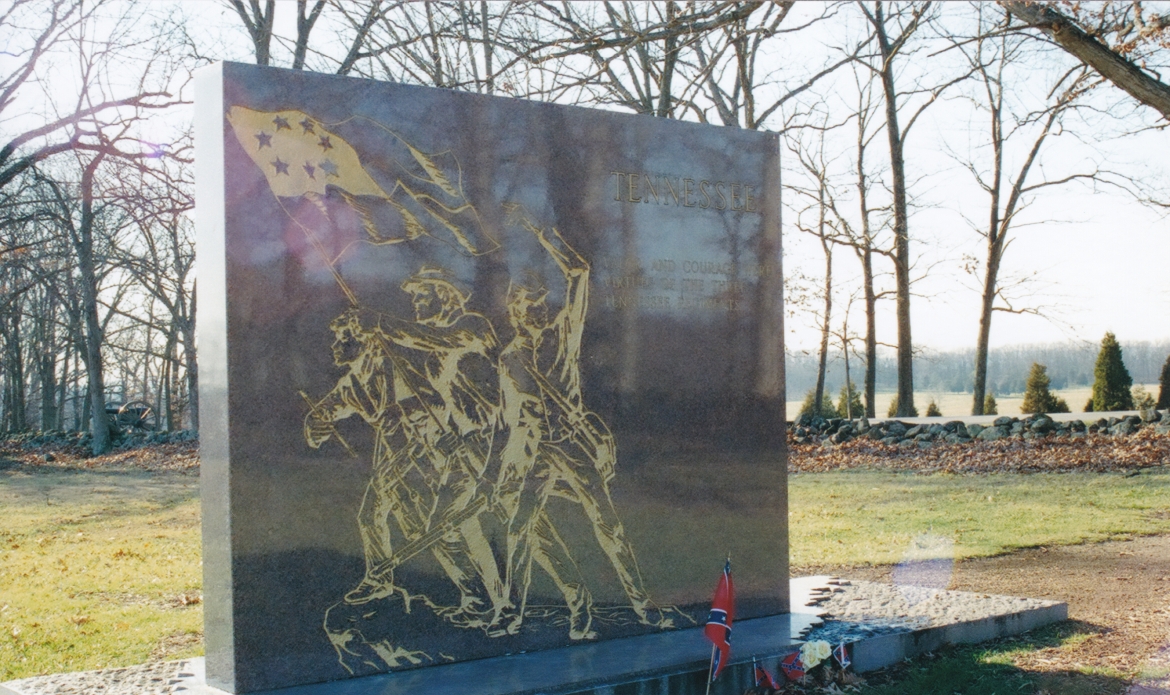 The Tennessee State Monument was erected along Confederate Avenue on Thursday, July 1, 1982. The three soldiers on the monument represent the three Tennessee regiments out of Archer’s Brigade that fought at Gettysburg: the 1st, 7th, and 14th Tennessee. It marks the approximate position of soldiers in Archer’s Brigade prior to Pickett’s Charge on July 3, 1863.This image was taken facing southwest circa the 2000s. | (c) The Barbara Adams Photo Collection 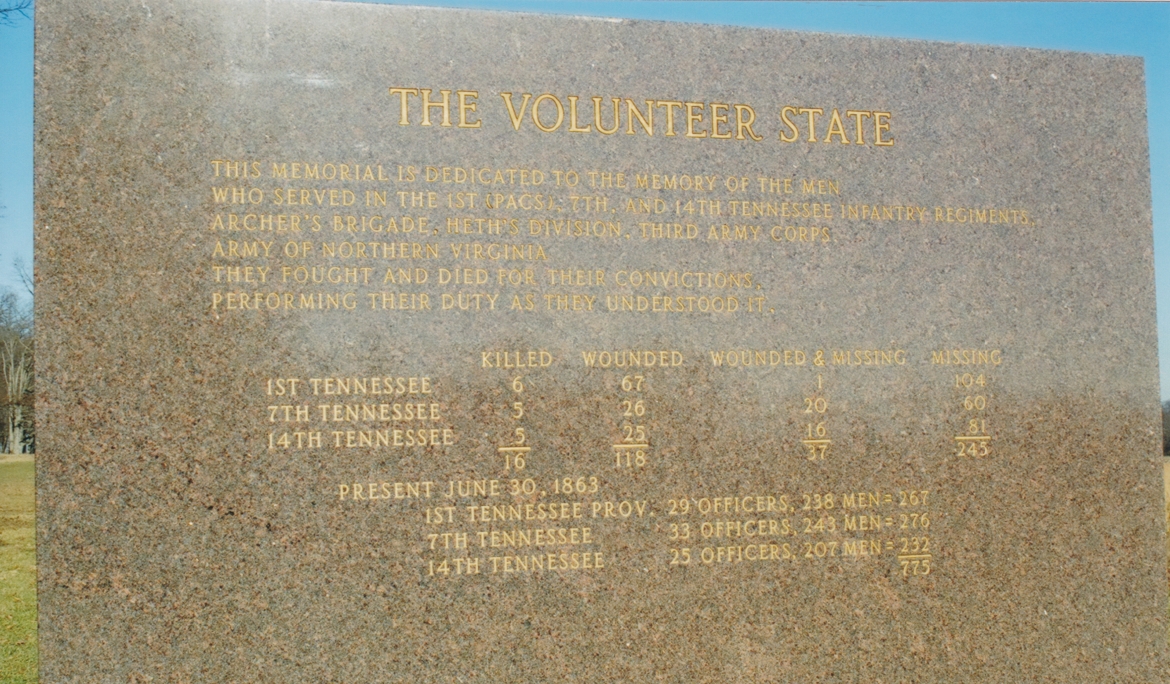 The monument was dedicated in the pouring rain on Saturday, July 3, 1982, at 9:00 AM. And it really was raining: “Prepared speeches could not be read. The Gettysburg High School Marching Band could not play the National Anthem or Taps. The papers naming the donors of the memorial could not be sealed inside it. The unveiling was held without a veil. The dye on the state flags ran and the flowergirls’ dresses got muddy” (Gettysburg Times, Tuesday, July 6, 1982). This image was taken facing north circa the 2000s. | (c) The Barbara Adams Photo Collection 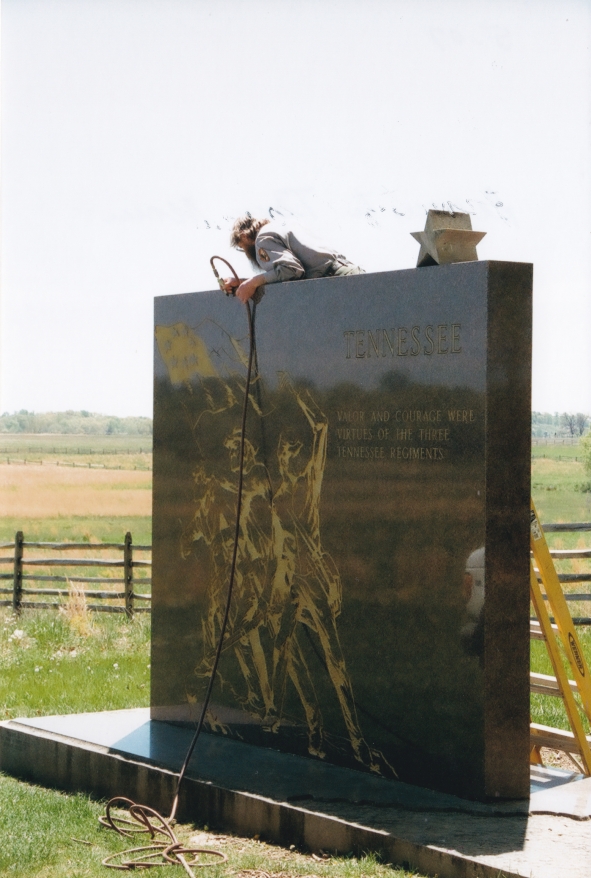 Three stars of pink marble ride along top the vertical polished granite portion of the monument. You might have noticed the stars were missing from the first two photographs in this post. These images were taken while the National Park Service was returning the stars to the memorial.This image was taken facing west circa the 2000s. | (c) The Barbara Adams Photo Collection 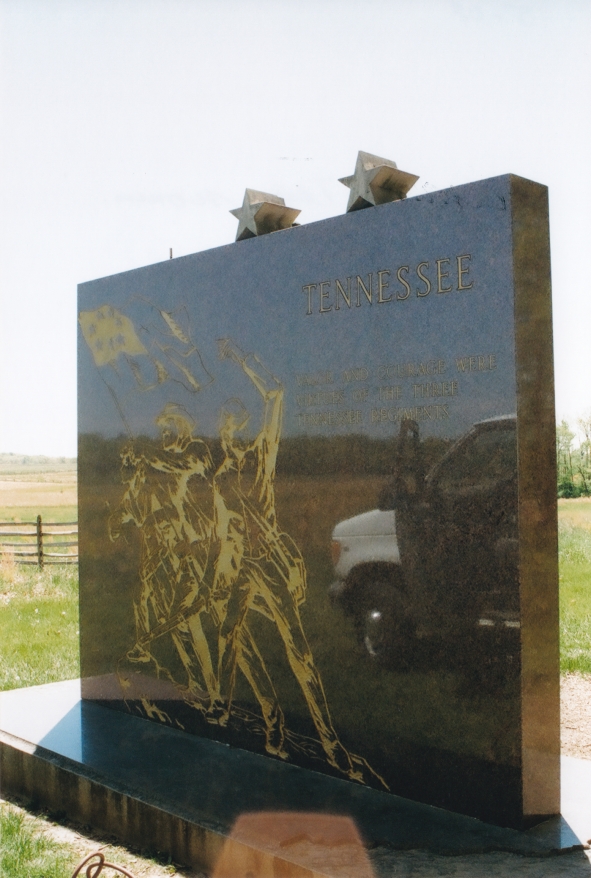 Tennessee was the last of the 29 states that participated in the Battle of Gettysburg to receive a monument. It was a 17-year effort to raise the $28,000 needed for the memorial’s construction. It is the only state memorial to be erected entirely out of private funds on the battlefield.This image was taken facing north circa 1999. | (c) The Barbara Adams Photo Collection 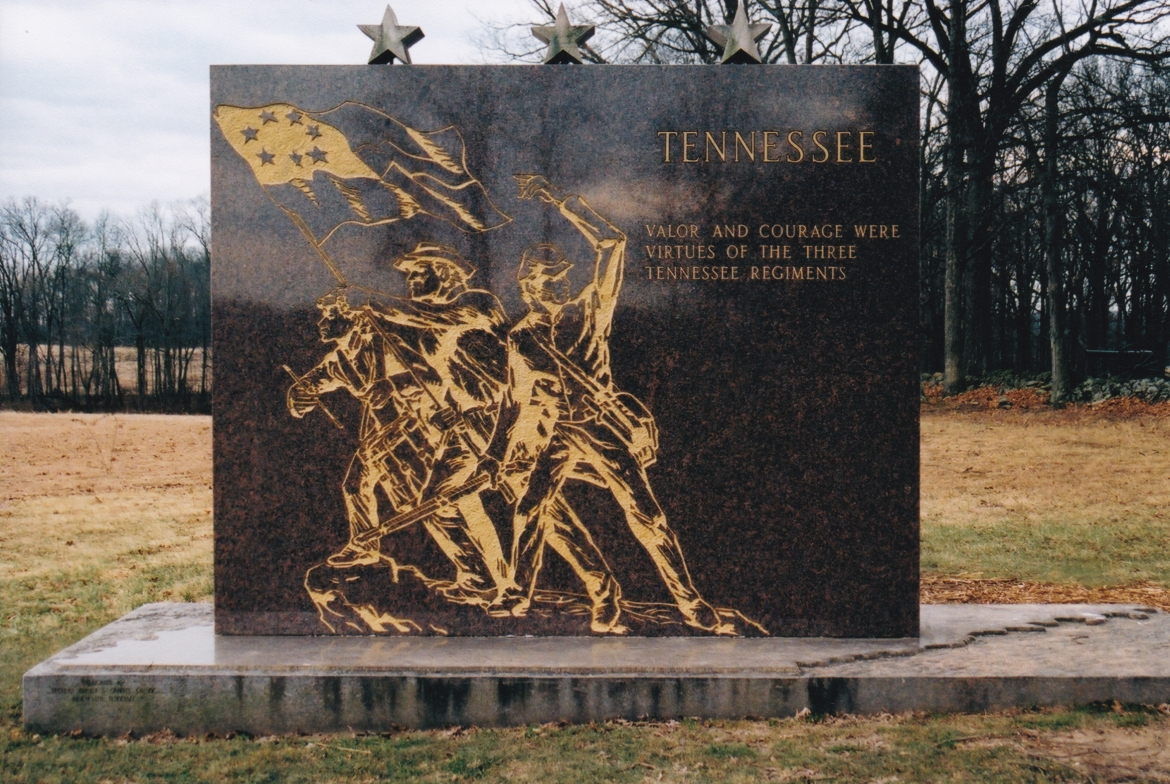 A relief of the state of Tennessee is carved into the granite base. The base of the memorial is 16 feet long, as Tennessee was the 16th state to enter the Union. This image was taken facing south circa the 2000s. | (c) The Barbara Adams Photo Collection