The Park Service is hoping that their supervisor of the monument preservation branch will be able to go to New Hampshire this summer to make a wax mold of the head of an identical monument. When the bronze statue on the monument was vandalized, it was drug to the “sharpshooter” position on the other (southwest) side of the tree. This view was taken from the northeast facing southwest at approximately 4:15 PM on Saturday, May 31, 2008.

Sometime during the night of February 16, 2006, three monuments were vandalized at Gettysburg National Military Park. The monuments to the 11th Massachusetts Infantry and the 114th Pennsylvania Infantry have been restored. The monument to the 4th New York Independent Battery (Smith’s) at Devil’s Den has yet to be restored. The vandals pulled the bronze statue from its granite base, and dragged it 162 feet. They also pulled off the head and the rammer from the statue. The National Park Service will use casts from an identical artilleryman created by the sculptor Casper Buberl that is located in Manchester, New Hampshire. 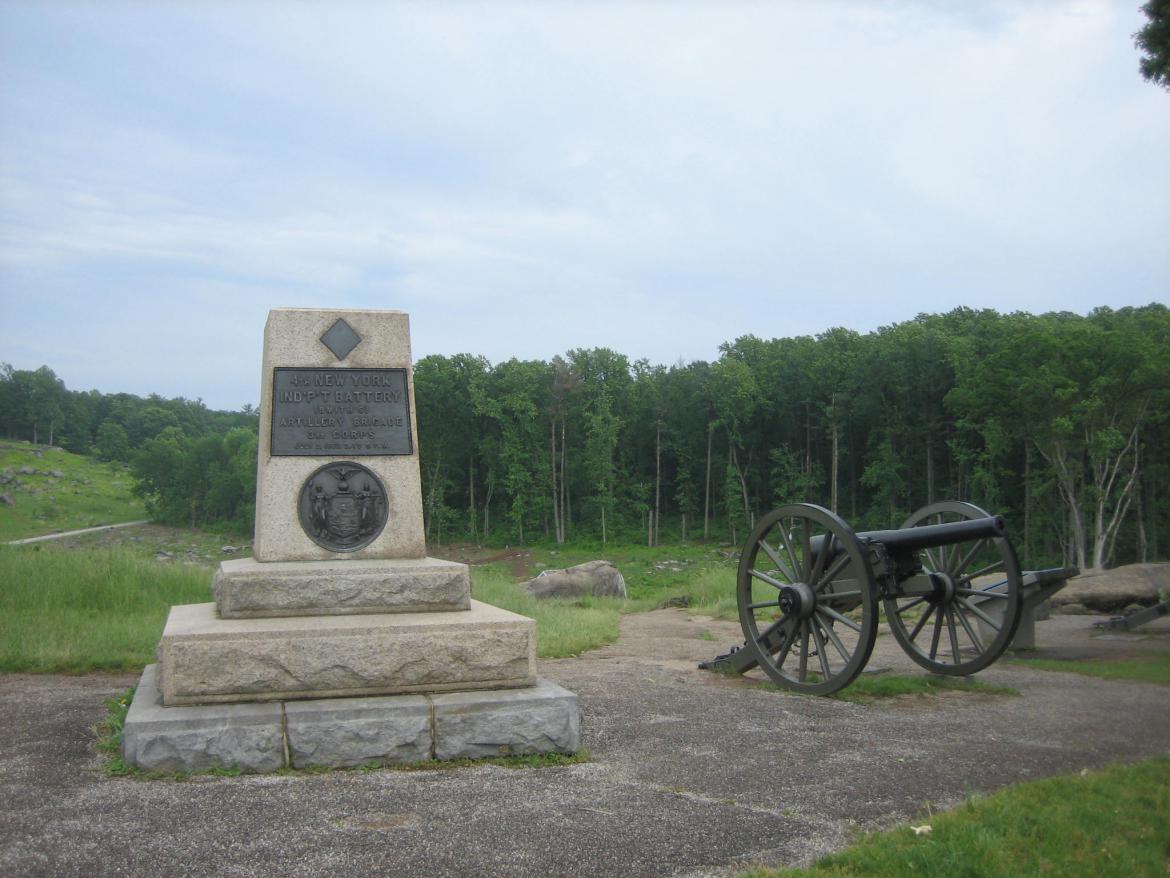 The Slaughter Pen and the foot of Big Round Top are behind (southeast of) the monument and in the right background. Making the wax mold is only the first step in casting a new head in bronze. This view was taken from the northwest facing southeast at approximately 4:15 PM on Saturday, May 31, 2008. 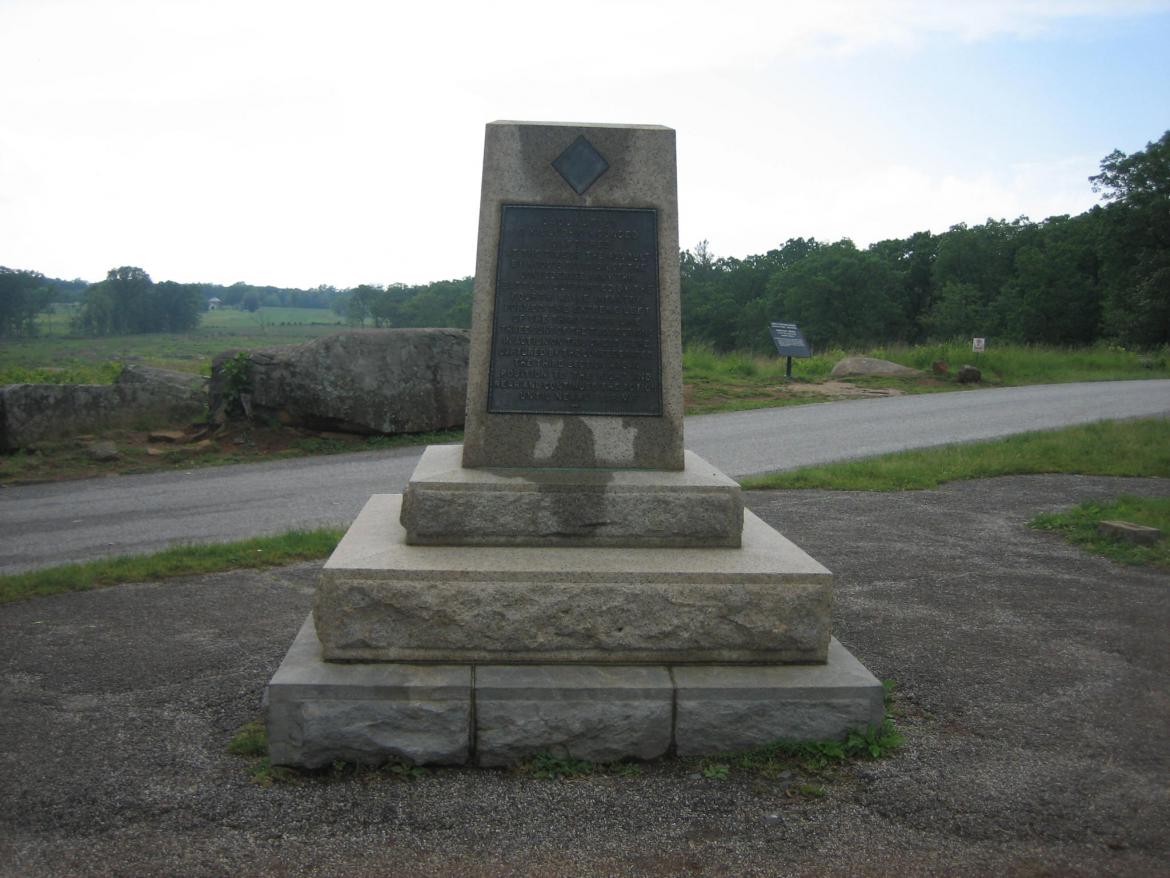 Warfield Ridge/Seminary Ridge is where the field meets the woods by the structure in the left background. One of the delays in getting the mold created is the constant need to repair other monuments, such as the 6th New York Cavalry Monument. The 6th New York Cavalry was struck by lightning in October, 2007, and finally restored last week. This view was taken from the southeast facing northwest at approximately 4:15 PM on Saturday, May 31, 2008. 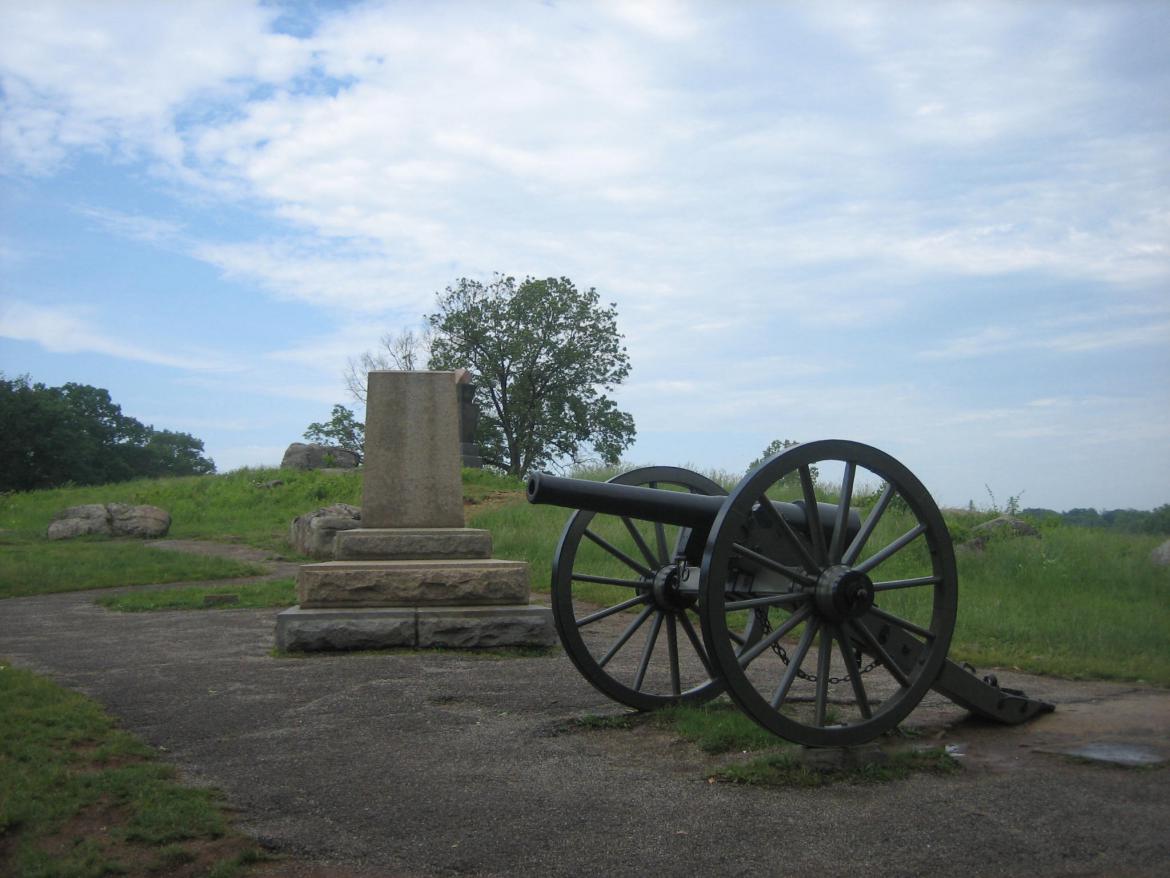 Smith’s position was not where the monument and artillery pieces are currently located. His four guns were higher on Houck’s Ridge/Devil’s Den. This position is the ground in the left background of this photograph. Over $30,000 has been raised for information leading to the individuals who committed these crimes, but they have not yet been caught. This view was taken from the south facing north at approximately 4:15 PM on Saturday, May 31, 2008. 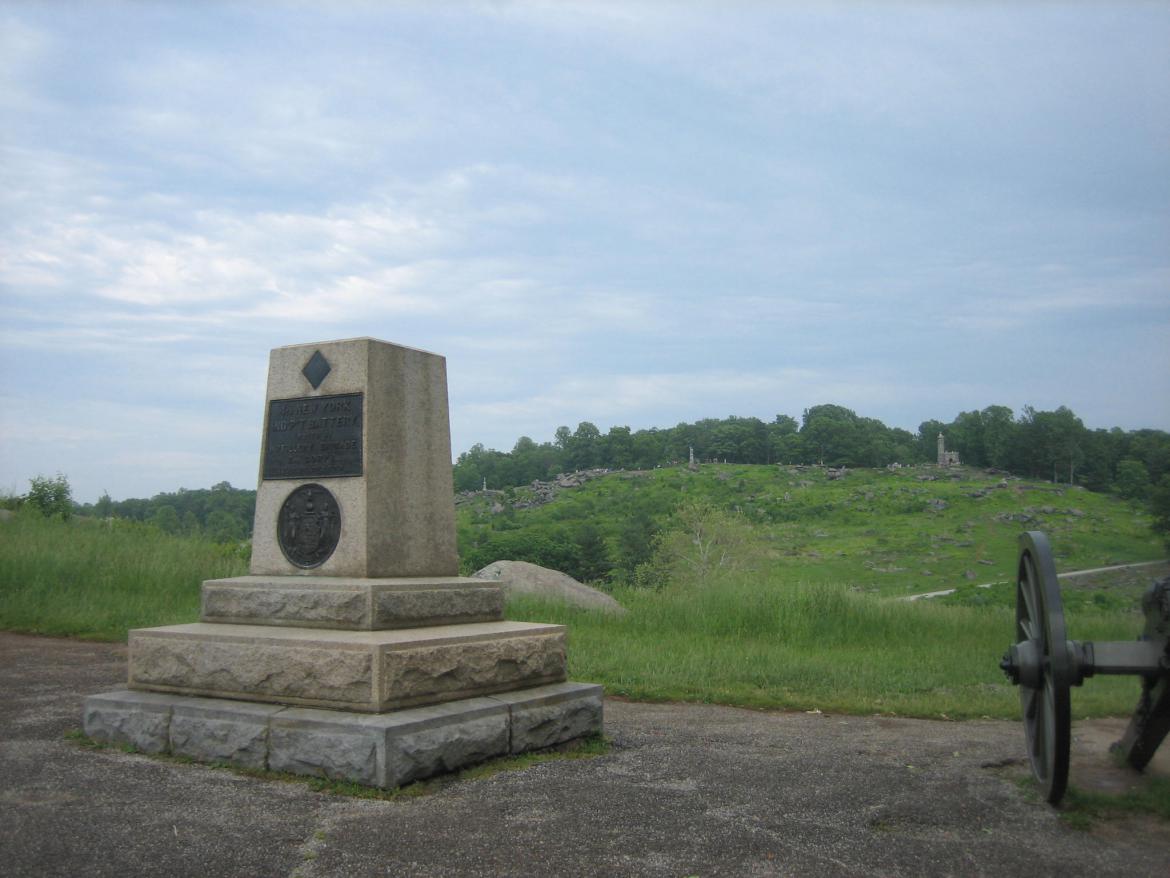 From Devil’s Den where the monument is located to Little Round Top in the background, it is approximately 550 yards. This view was taken from the west facing east at approximately 4:15 PM on Saturday, May 31, 2008.