Reynolds’ Statue in the National Cemetery 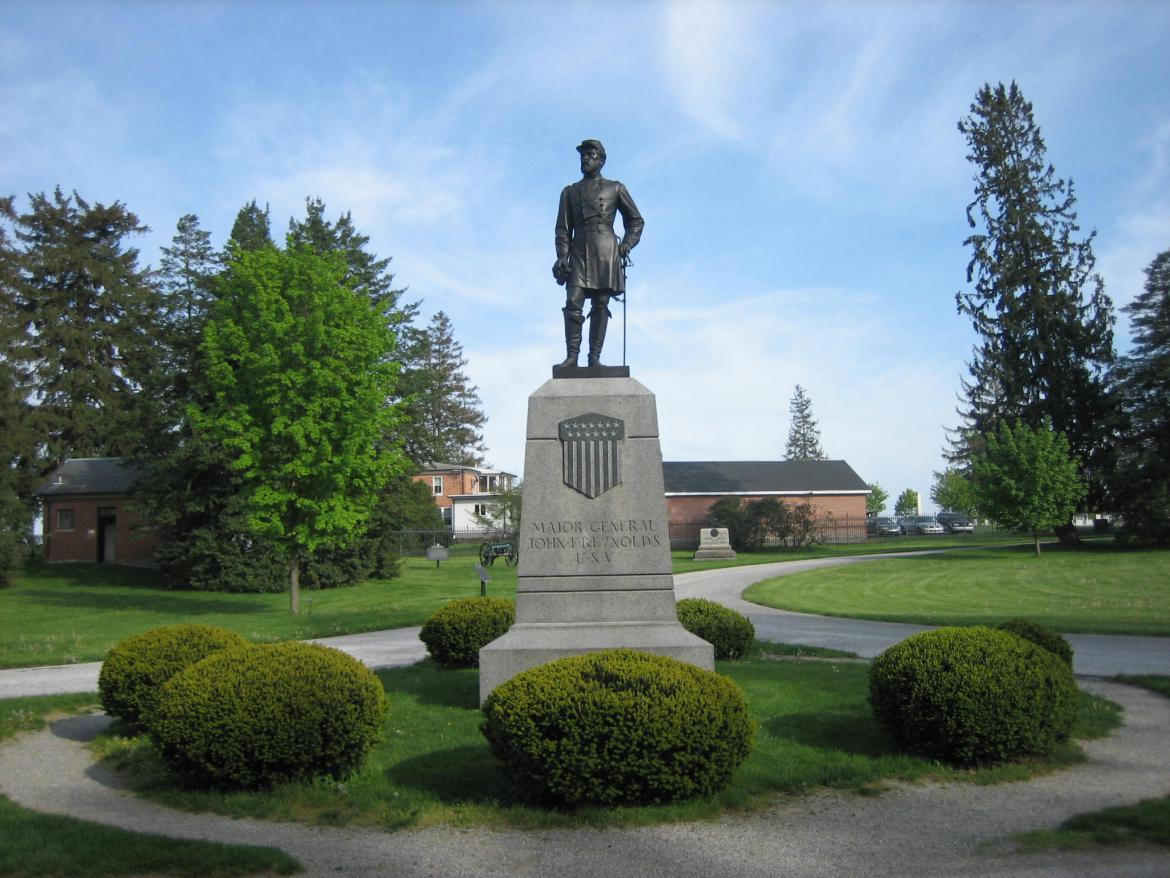 Following Reynolds’ death at Gettysburg on July 1, 1863, members of his personal staff desired to mark the location where Reynolds fell with a statue. In January, 1864, a meeting of First Corps officers was held, a committee was appointed, and money was requested. No more than $5 was to be accepted from each officer, and 50 cents from each enlisted man. Over $5700 was collected, and when the war was over the committee decided to erect the monument in the National Cemetery, instead of McPherson’s Woods (Herbst Woods/Reynolds’ Woods). This view was taken from the north facing south at approximately 5:30 PM on Monday, May 5, 2008.

United States Major-General John Fulton Reynolds has three statues at Gettysburg. The first was placed here in the National Cemetery in 1872. The second is his equestrian statue on McPherson’s Ridge, erected in 1899. The third is on the Pennsylvania State Monument, erected in 1913 (the Pennsylvania Monument was dedicated in 1910, but the portrait statues on the monument were not completed until three years later). The Gettysburg Daily visited the first Reynolds statue in the National Cemetery. This was also the first “portrait statue” at Gettysburg. 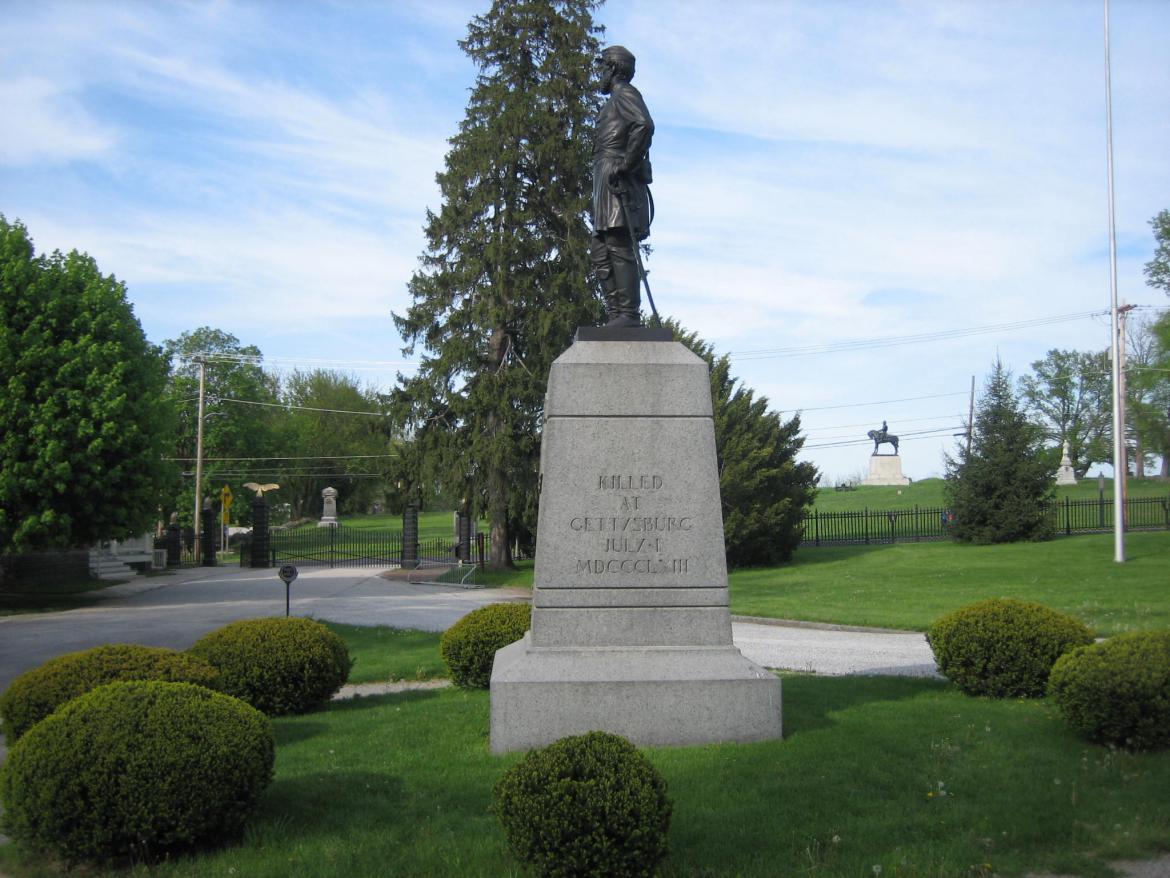 In 1867, the State of Pennsylvania contributed bronze cannon to be melted down for the statue, and the National Cemetery managers provided the site and funds for the base of the monument. This view was taken from the west facing east at approximately 5:30 PM on Monday, May 5, 2008. 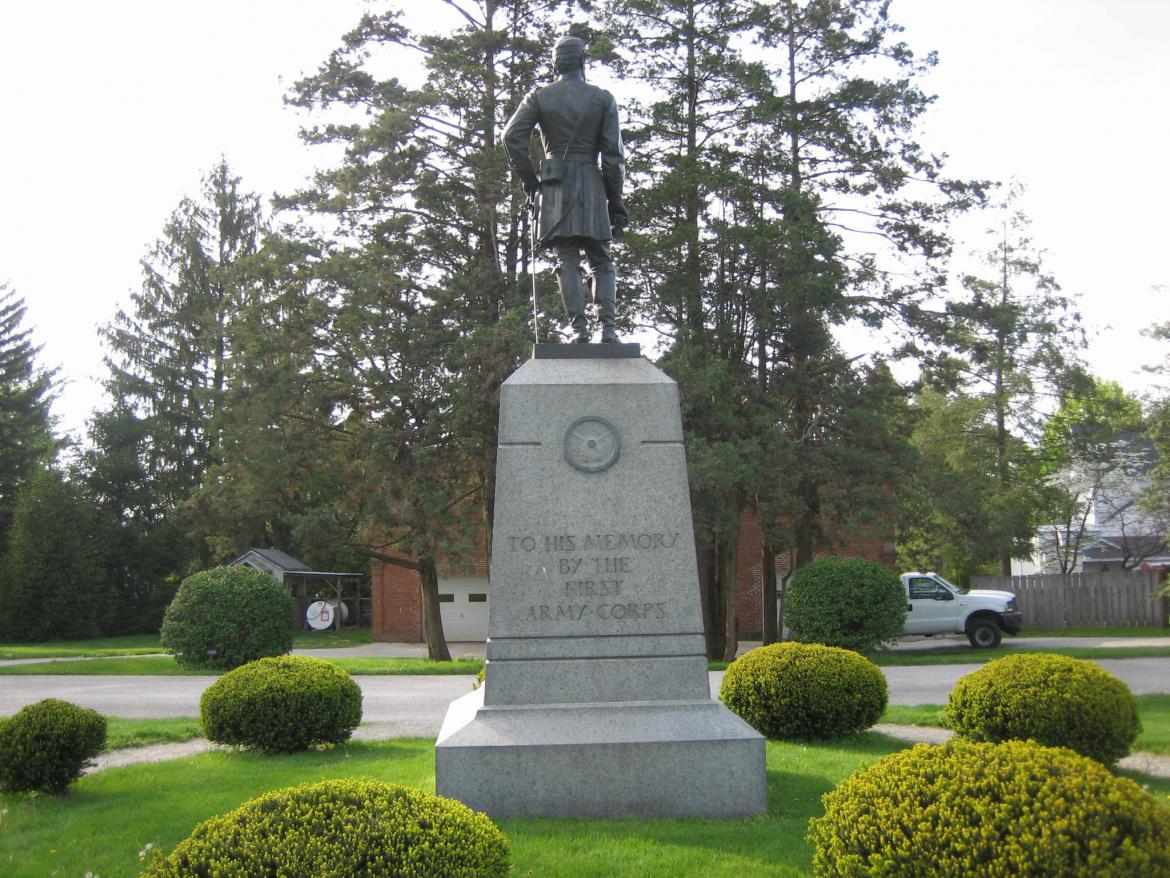 The monument was modeled from a photograph of the general, overlooking the fields where he died. Unfortunately, that view is now blocked by trees, and the former Cemetery Superintendent’s House and outbuilding. This view was taken from the south facing north at approximately 5:30 PM on Monday, May 5, 2008. 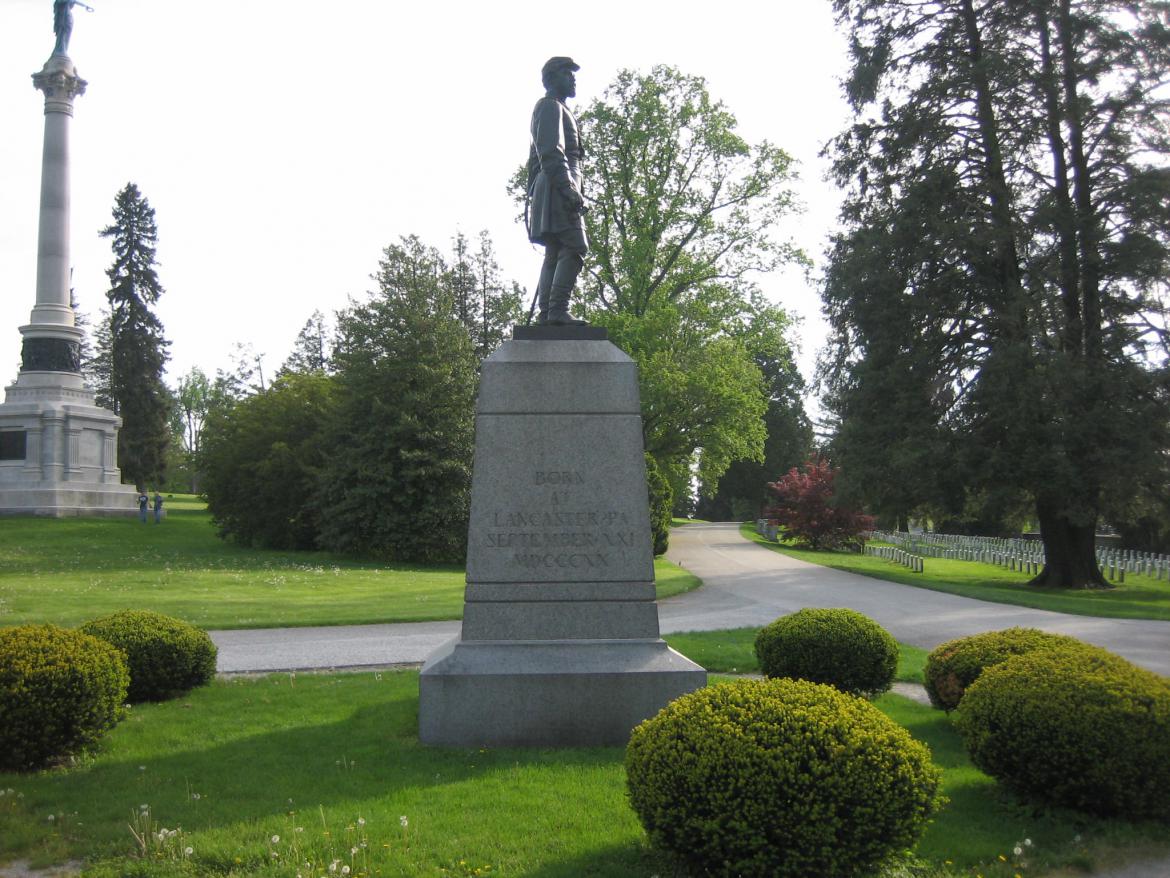