This wayside from the Mission 66 era of the National Park Service was recently refurbished and displayed at its previous location northeast of Culp’s Hill. Although the Park Service has been replacing wayside exhibits with those which are more colorful and graphically pleasing, they decided to go back in time for this exhibit. This view was taken from the northeast facing southwest at approximately 4:30 PM on Monday, June 23, 2008.

Over approximately the last ten years, Gettysburg National Military Park, like most National Park Service sites, has been replacing old wayside exhibits with fresher, graphically pleasing, and colorful waysides. This summer, however, Gettysburg National Military Park went “retro” with the wayside explaining the Union “fishhook” defensive line. The wayside, located northeast of Culp’s Hill along East Confederate Avenue is one of the old Mission 66 waysides that the National Park Service unveiled in the 1950s and 1960s. It was state of the art for its time. 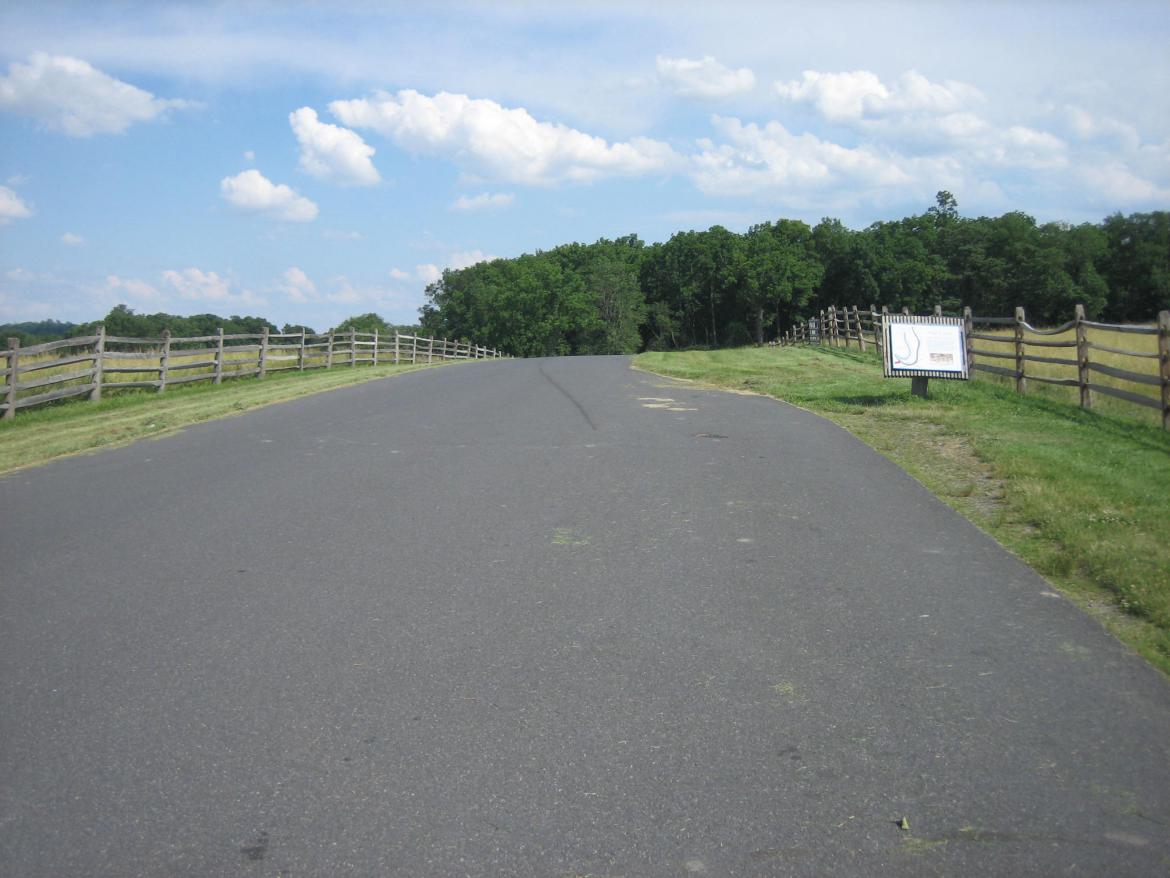 The wayside is located northeast of Culp’s Hill on the west side of East Confederate Avenue. A long parking space is on the right side of the road for visitors to get out and read this wayside. When this wayside was first put up many years ago the tour route ran in the opposite direction that it does now. Culp’s Hill was one of the first areas visited on the old tour route and it was proper to explain the fishhook to visitors at this point. Now Culp’s Hill is one of the last areas seen on the tour route (if it’s seen at all), and if visitors do not understand the fishhook position by the time they reach this wayside, they have probably had a very interesting tour. In fact, this road is no longer on the tour route. This view was taken from the northeast facing southwest at approximately 4:30 PM on Monday, June 23, 2008. 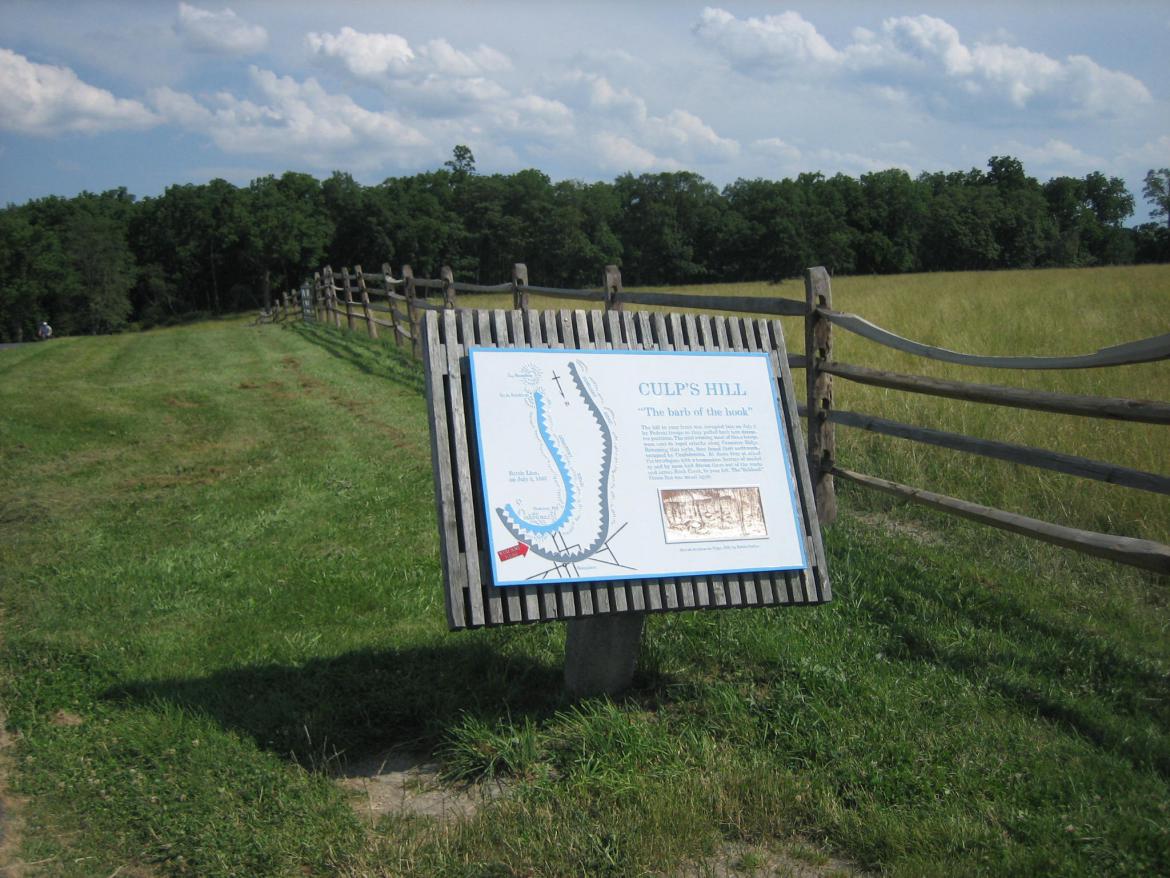 The wayside is so old that it describes Culp’s Hill as “the hill to your front.” The trees now block Culp’s Hill from view from this position. This view was taken from the northeast facing southwest at approximately 4:30 PM on Monday, June 23, 2008.