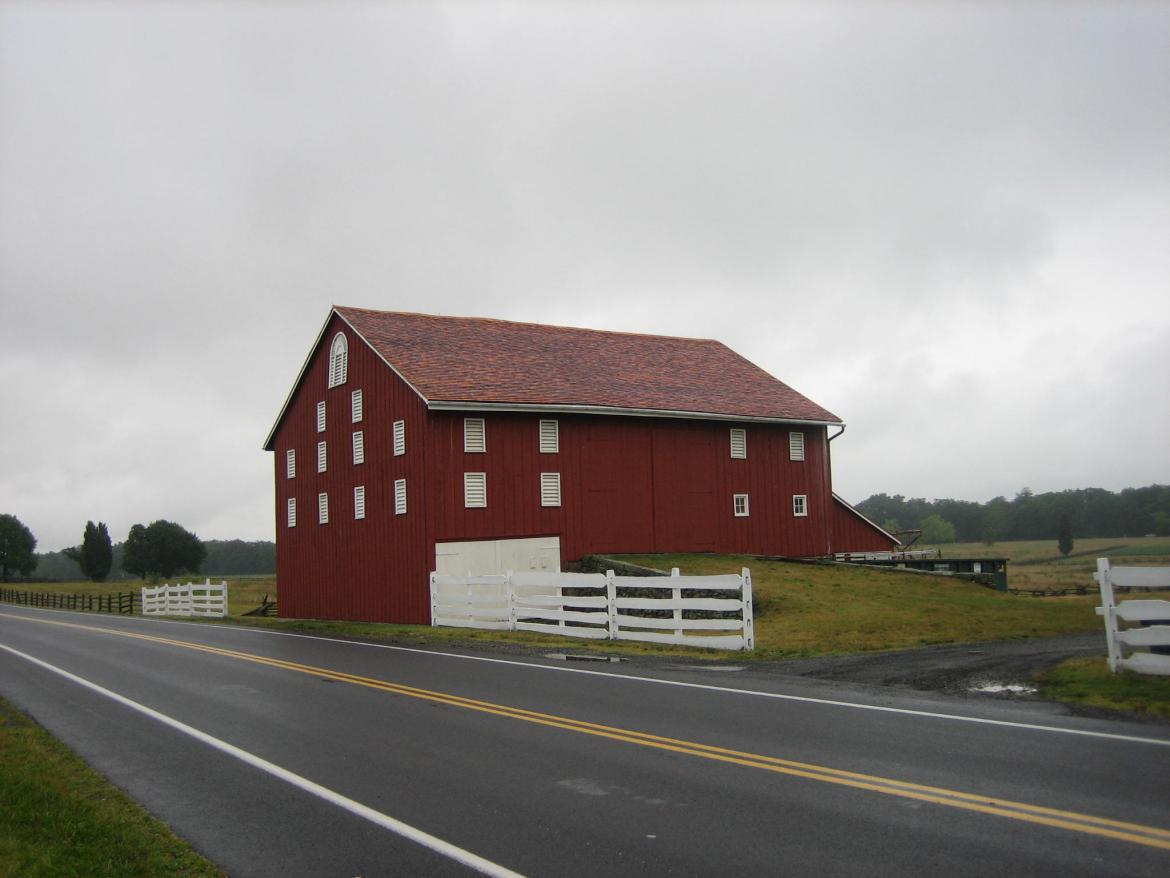 The National Park Service replaced the roof of the Joseph Sherfy Barn this summer. The original barn on this site burned during the battle of Gettysburg. This view was taken from the northeast facing southwest at approximately 5:00 PM on Friday, August 29, 2008.

This summer, the National Park Service replaced the roof on the Joseph Sherfy Barn. The work has finished just in time as it rained steadily in Gettysburg on Thursday and Friday. During the Battle of Gettysburg, the 18th Mississippi Regiment of Barksdale’s Brigade swept around the the original barn toward the 114th Pennsylvania and the 57th Pennsylvania. The original barn burned to its stone foundation during the battle. 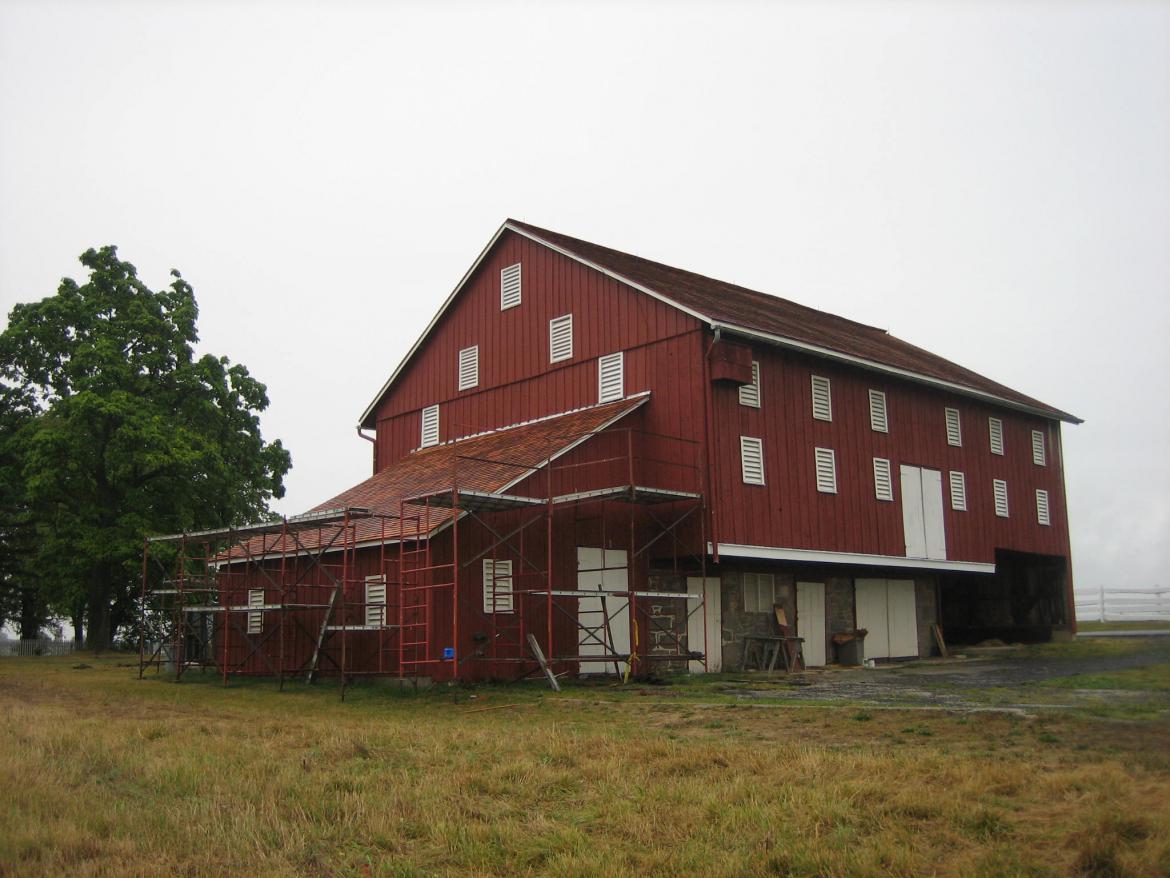 The 18th Mississippi Infantry Regiment of Barksdale’s Mississippi Brigade approached the barn from this direction. Some of their men went through the doors of the barn and found wounded Union soldiers. This view was taken from the southwest facing northeast at approximately 5:00 PM on Friday, August 29, 2008. 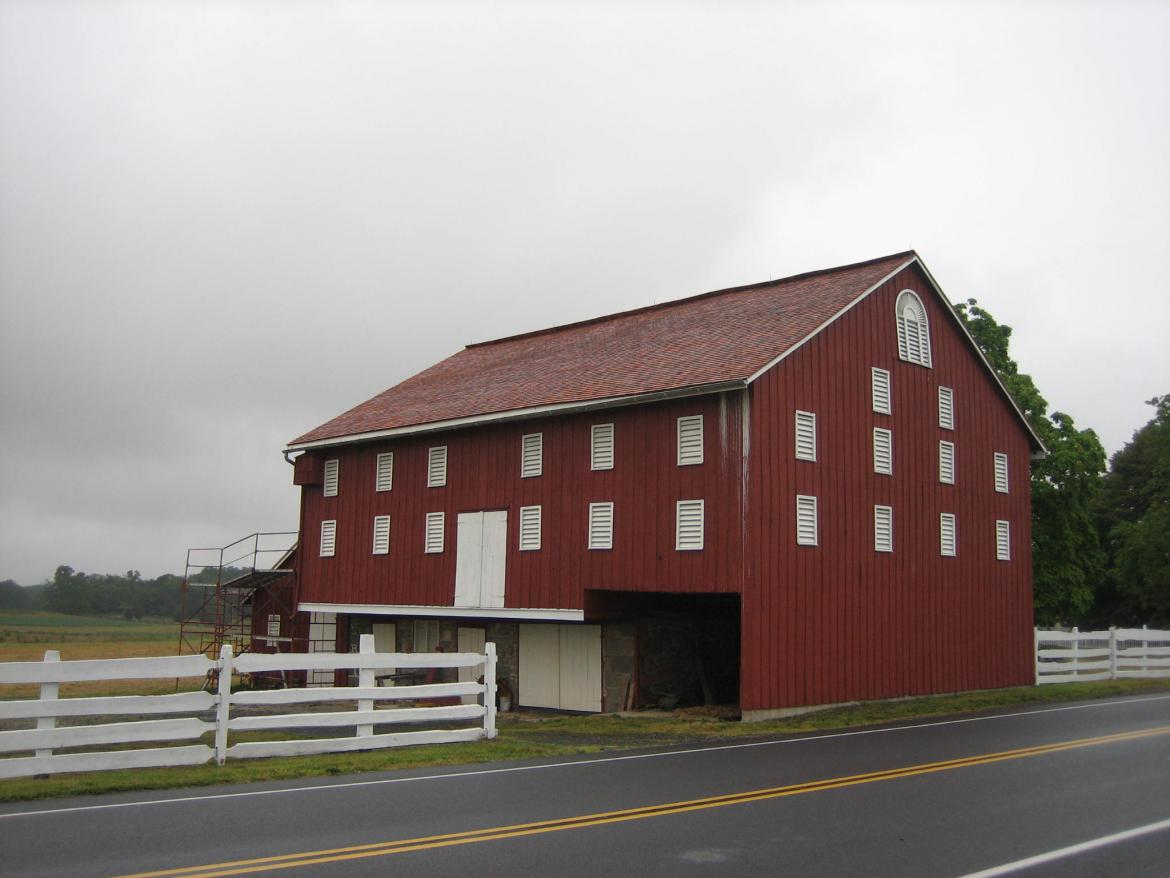 Wounded soldiers from the 114th Pennsylvania, a Zouave unit, and probably from the 57th Pennsylvania had entered the barn for protection. Unfortunately it caught on fire, and some of them died. This view was taken from the southeast facing northwest at approximately 5:00 PM on Friday, August 29, 2008. 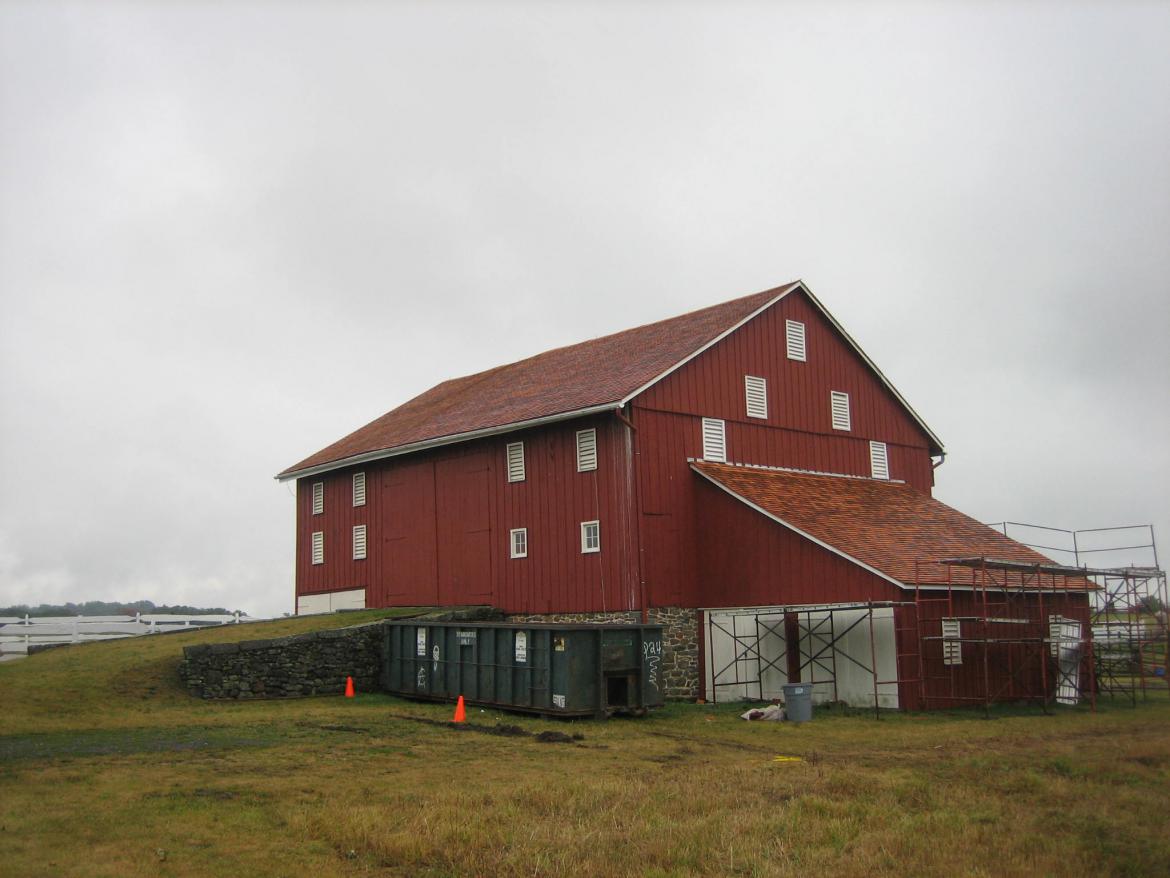 The Gettysburg Compiler of July 20, 1863 reported that “in the barn… and around the hay stacks,were twenty wounded Philidelphia [sic] Zouaves who perished in the conflagration.” The burial records for the Soldiers National Cemetery show that in the Pennsylvania Section Row F, Plots 11, 12, 13 are Unknown Zouaves “burned in destruction of Sherfy’s barn.” This view was taken from the northwest facing southeast at approximately 5:00 PM on Friday, August 29, 2008.