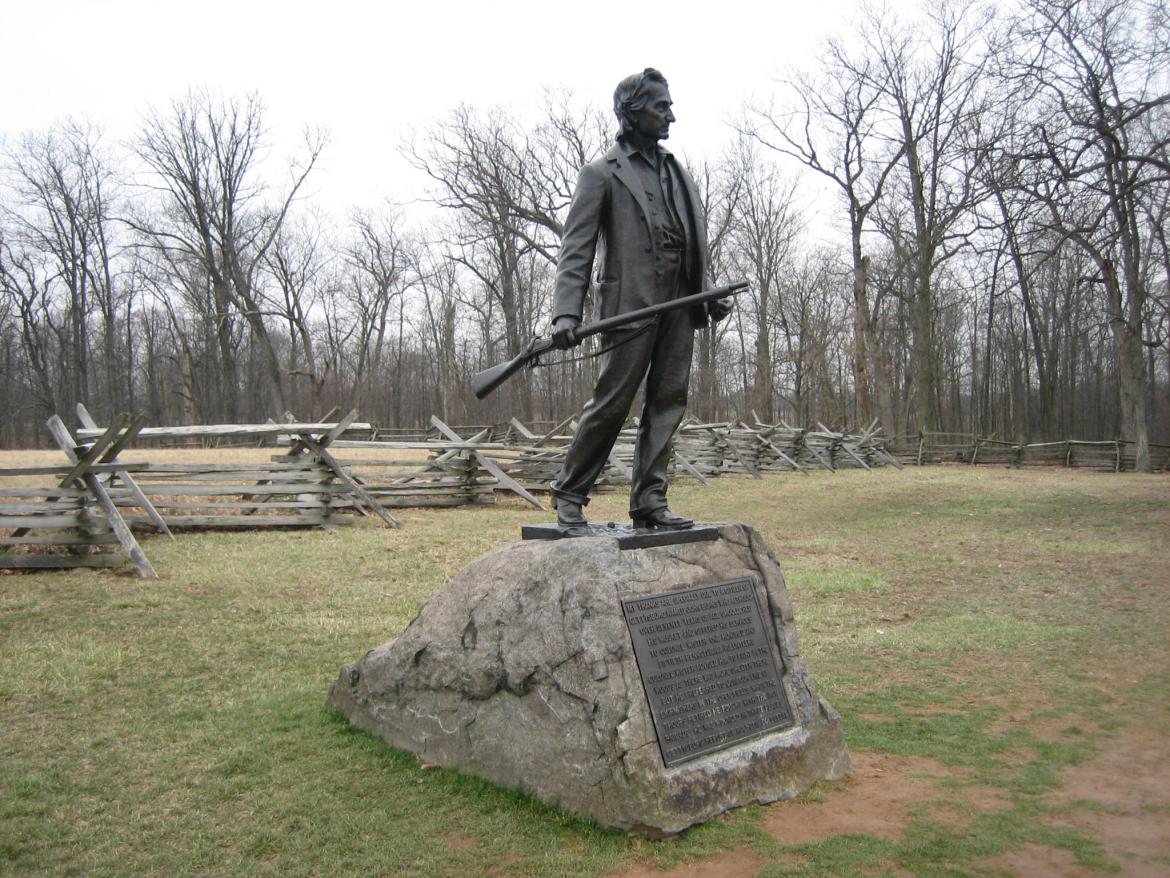 John Burns was born on September 5, 1793 in New Jersey, and served in the War of 1812. He moved to Adams County around the 1820s and became at various times, a shoemaker, a carriage salesman, and a constable. Before the battle some people in town had Burns the subject of their pranks and jokes. This view was taken from the northwest facing southeast at approximately 4:30 PM on Thursday, March 27, 2008.

On McPherson’s Ridge, west of Gettysburg is a statue to John Burns, the only Gettysburg civilian to come out to fight the Confederates during the battle. When Abraham Lincoln came to Gettysburg to give his Gettysburg Address, he sent for John Burns. Some accounts have Burns on the platform during the dedication ceremonies at the cemetery, and Lincoln walked arm in arm with John Burns to a political meeting at the Presbyterian Church on Baltimore Street on the evening of November 19, 1863. The Gettysburg Daily took pictures of the statue to the “Old Hero.” 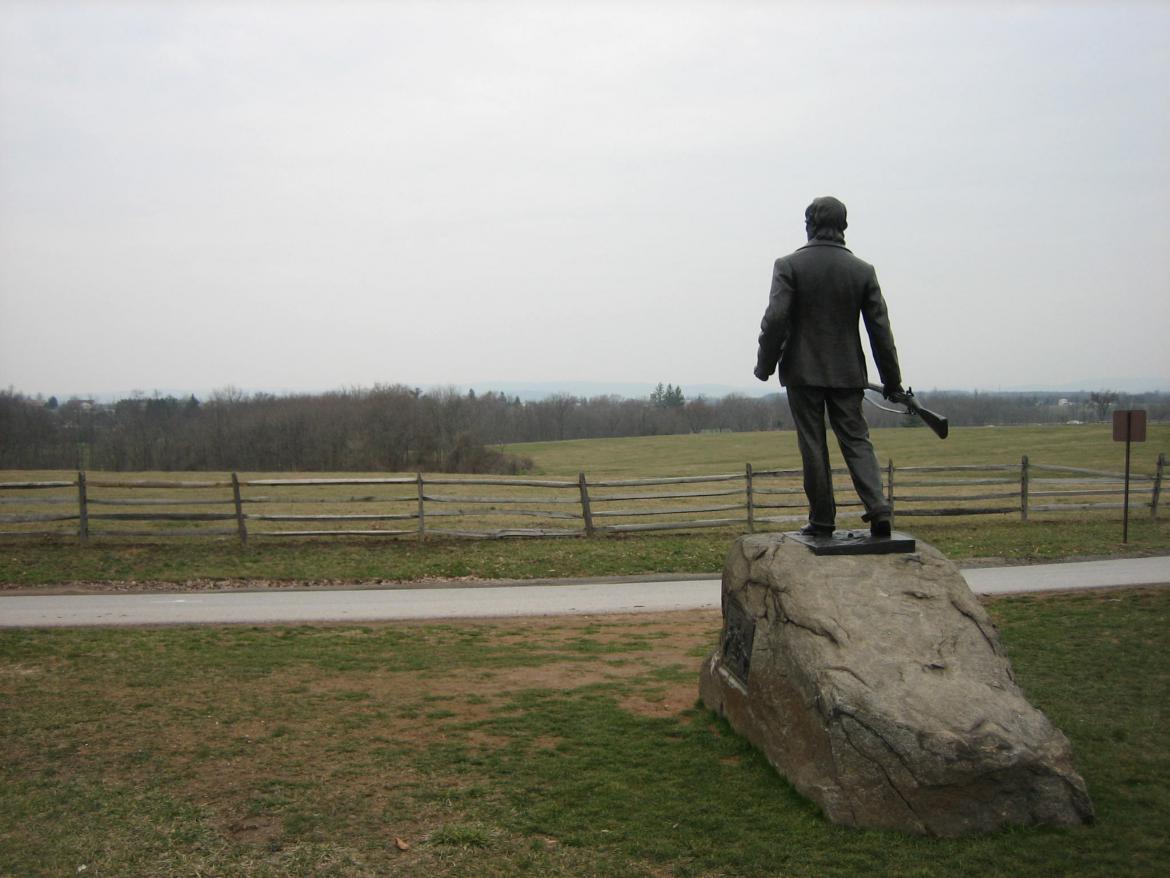 When the Confederates approached Gettysburg the morning of July 1, 1863, John Burns grabbed his flintlock musket, and tried to convince some of his neighbors to go out and fight with him. They refused, and Burns walked alone to the west where the fighting had began. View from the southeast facing northwest at approximately 4:30 PM on Thursday, March 27, 2008. 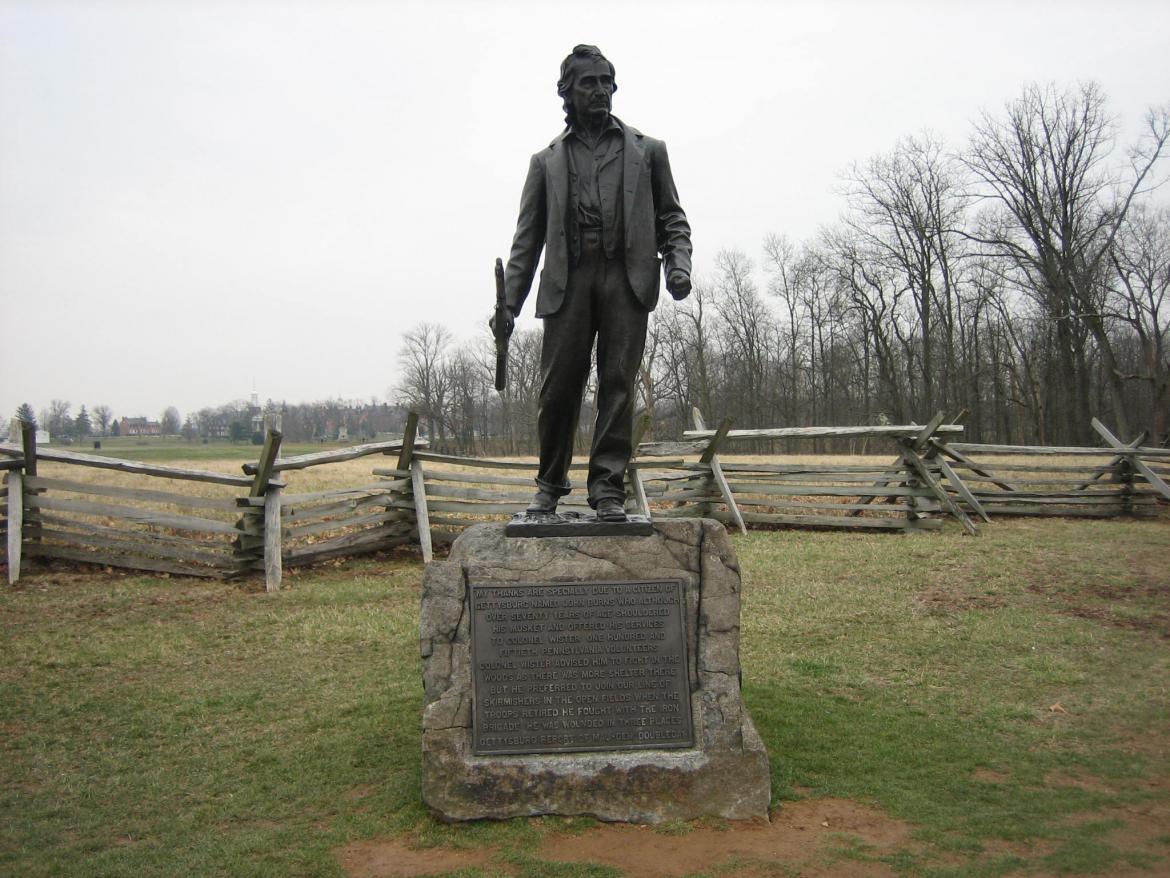 Burns fought that July morning in the area where his statue is now located. According to a sergeant in the 7th Wisconsin, Burns “was as calm and collected as any veteran on the ground… he was true blue and grit to the backbone.” View from the west looking east at approximately 4:30 PM on Thursday, March 27, 2008.

By the afternoon when the Confederates took over this part of the battlefield, John Burns had been wounded three times. He told the southerners that he was not fighting, but looking for someone to take care of his sick wife, or that his cow got away, and as he was chasing it, he was caught up in the battle. Burns was able to go back to his home where he eventually recovered. View is from the northeast facing southwest at approximately 4:30 PM on Thursday, March 27, 2008. 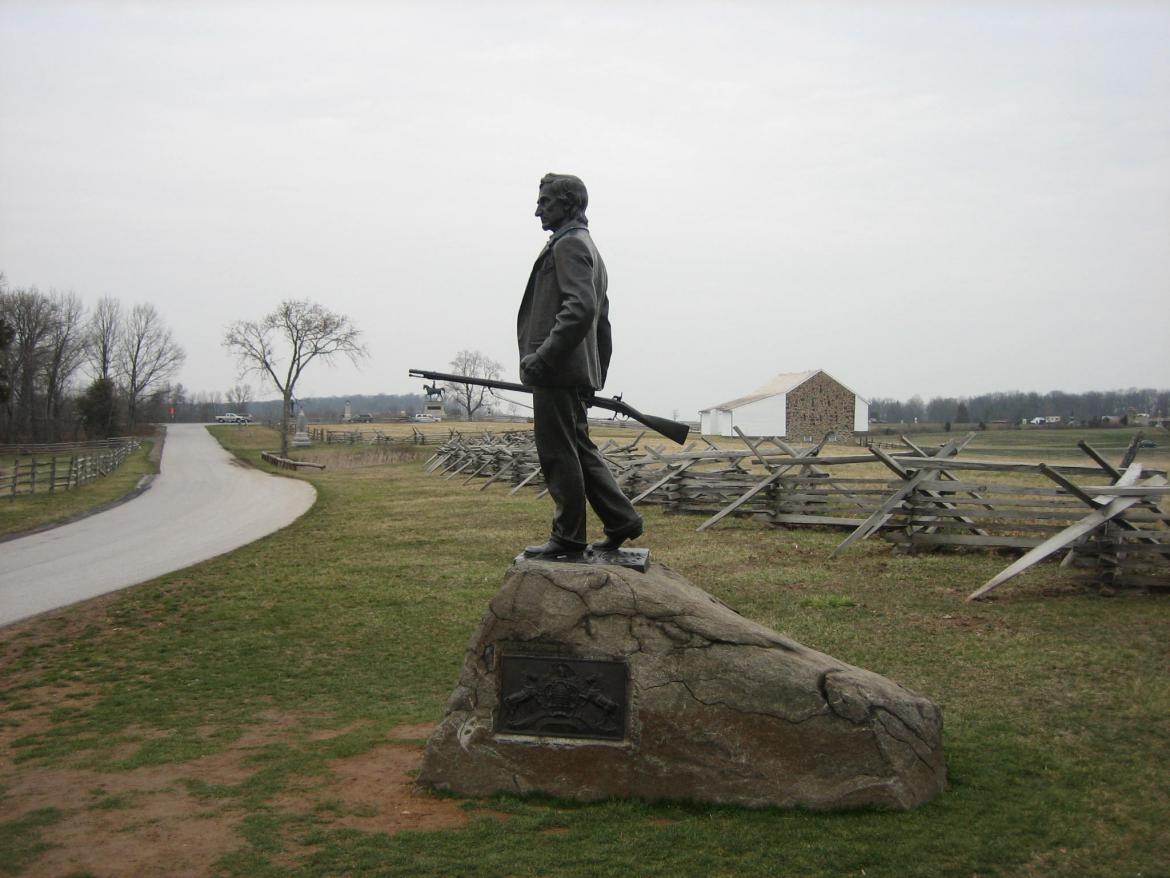 Following the war, Burns made a living by selling photographs of himself, and touring the country to relate his story of the battle. He died of pneumonia on February 4, 1872. This view was taken from the southwest facing northeast at approximately 4:30 PM on Thursday, March 27, 2008.