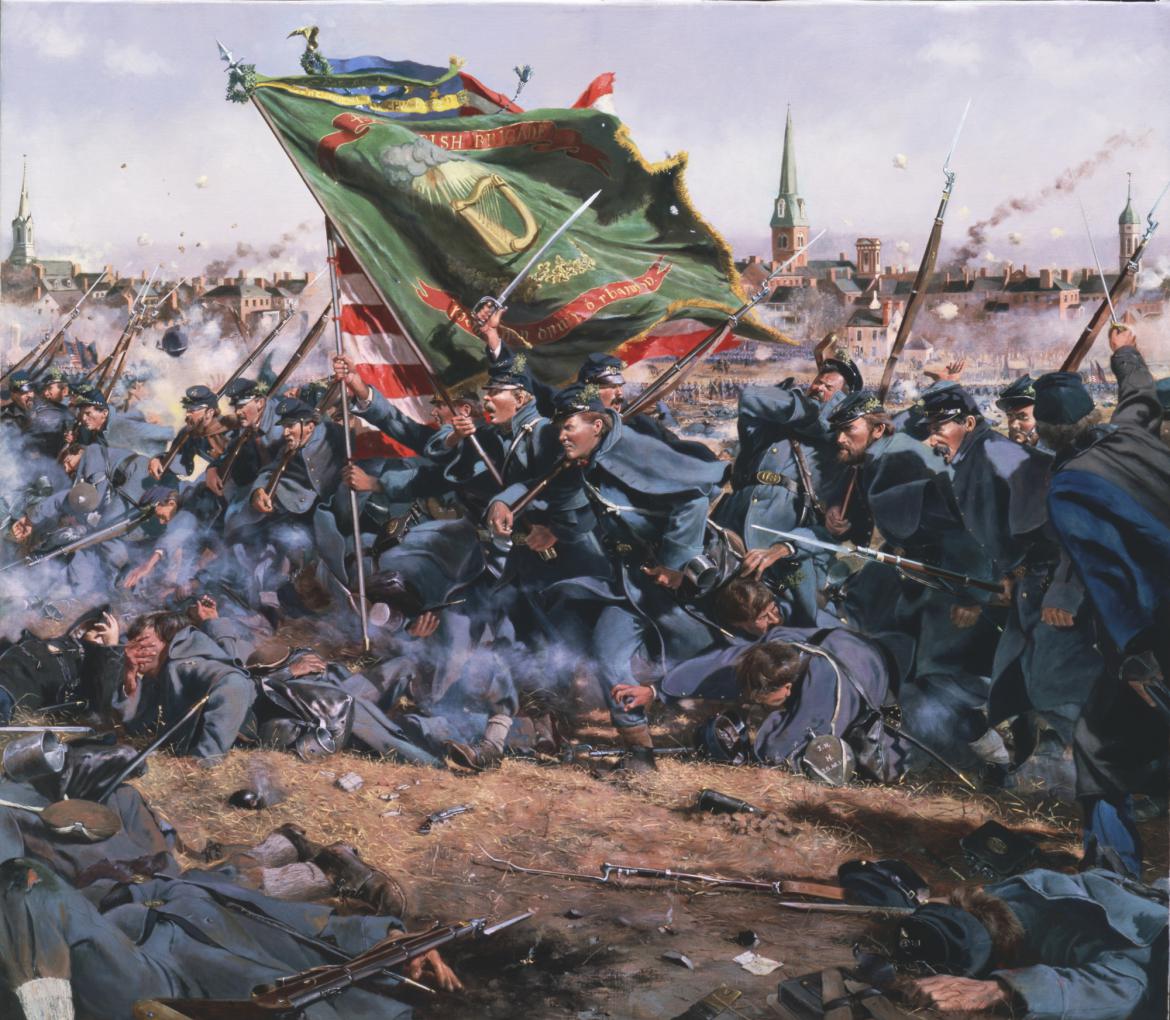 Clear the Way depicts the Irish Brigade attacking the sunken road behind the stone wall at Marye’s Heights, Fredericksburg, Virginia on December 13, 1862. Because of battle damage, the only green flag available was the “First” of the 28th Massachusetts. They were the center regiment. Note the boxwood sprig of green in the kepis of these soldiers. General Meagher ordered the sprigs so that they would help with unit identity, and pride and cohesion in what would ultimately be a failed attack. The first irony is that Confederate Irish of Brigadier General Thomas Cobb’s Brigade, in particular the 24th Georgia, were behind that wall and crucial to stopping the Irish Brigade and every other Yankee unit that failed to take that position on that day. When General Cobb was mortally wounded, Colonel Robert McMillan, born in 1805 in County Antrim, Ireland [the second irony is that County is the same as that of Major Mulholland’s birth], commander of the 24th Georgia, took over command of Cobb’s Georgians and personally ordered Cobb’s Brigade to fire on the Irish Brigade. The third irony is that the flank attack which cleared the Wheatfield of the momentarily victorious Irish Brigade, and the other three Brigades in Caldwell’s Division at Gettysburg, was performed by Brigadier General William Wofford’s, formerly Cobb’s, Brigade. The same Colonel Robert McMillan also commanded the 24th Georgia in that flank attack at Gettysburg. The painting Clear the Way by Don Troiani is courtesy of www.historicalimagebank.com.

In today’s Irish Brigade Post, Gettysburg Licensed Battlefield Guide Emeritus John Fitzpatrick explains how Cobb’s Georgians drove the Irish from the area of the Wheatfield after defeating the Irish at Fredericksburg. 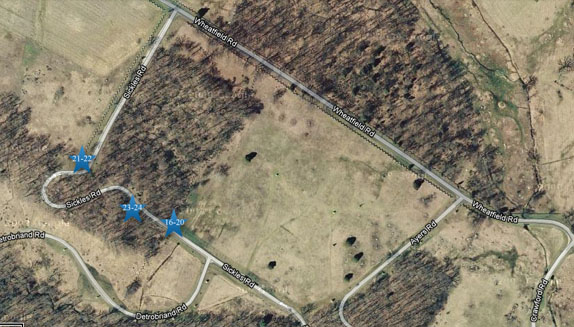 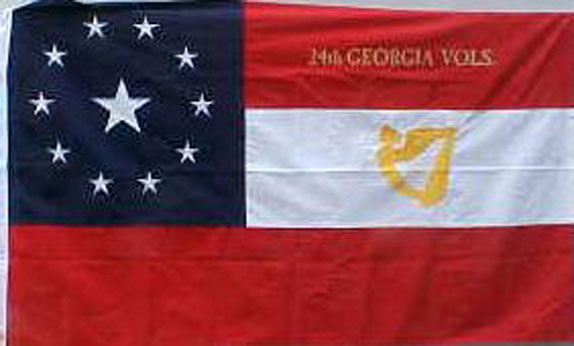 This is a reproduction of the flag of the 24th Georgia Infantry Regiment. At Fredericksburg they were part of Thomas R. R. Cobb’s Brigade. At Gettysburg, they were part of the same brigade, which was known on July 2, 1863 as Wofford’s Brigade. This image is courtesy of Hunterdon Importing, [email protected] 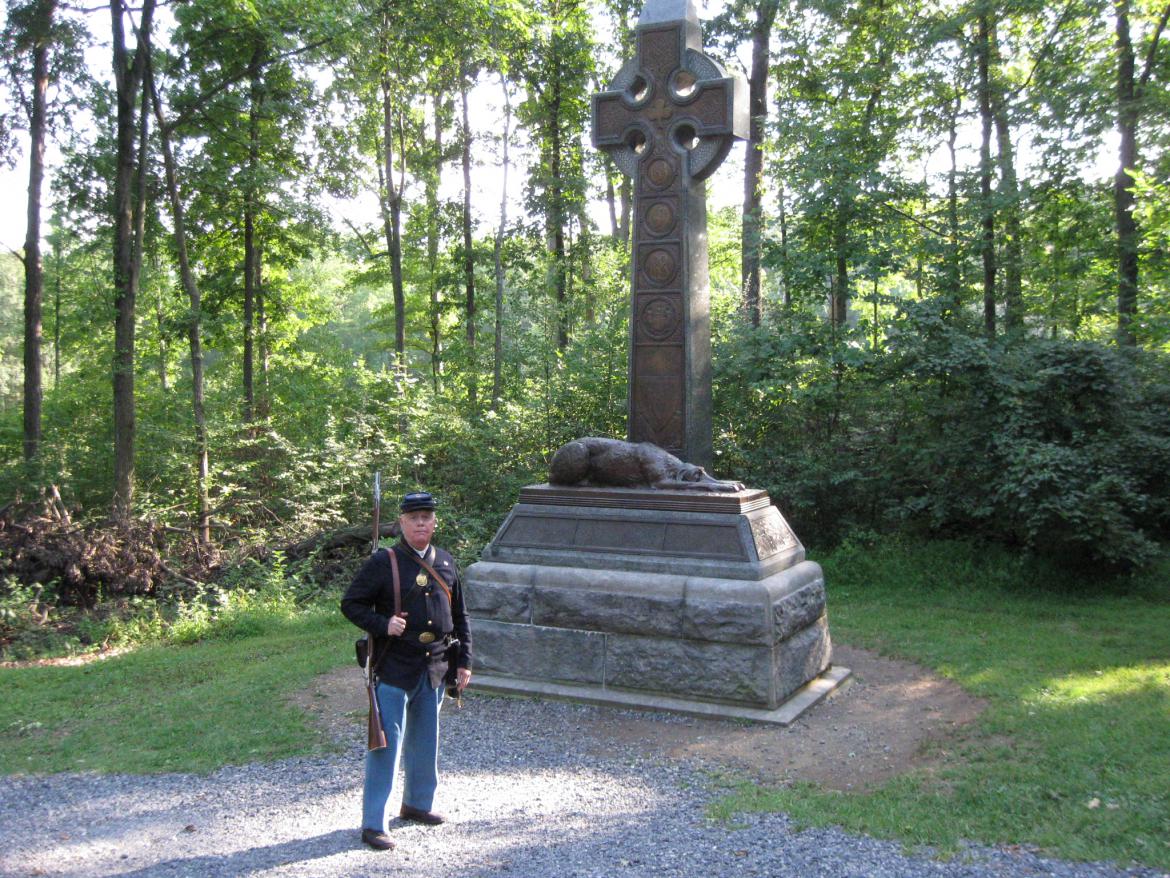 Licensed Battlefield Guide John Fitzpatrick is standing by the Irish Brigade Monument (actually a monument to the New York regiments of the Irish Brigade), which was dedicated on July 2, 1888. This view was taken facing southeast at approximately 5:30 PM on Thursday, August 25, 2011.
In Video #23 Licensed Battlefield Guide John Fitzpatrick shows the Irish Brigade Monument and explains that the sculptor was a Confederate veteran. John reminds us that he of course meant to say that William Rudolph O’Donovan, the sculptor of the NY Regiments’ Irish Brigade monument which was dedicated on July 2, 1888, was a Confederate cannoneer who served in Lieutenant Colonel Hilary P. Jones Artillery Battalion of Early’s Division of Ewell’s Second Corps, Lee’s ANV at the Battle of Gettysburg.This view was taken facing southeast to northwest to south at approximately 5:30 PM on Thursday, August 25, 2011. 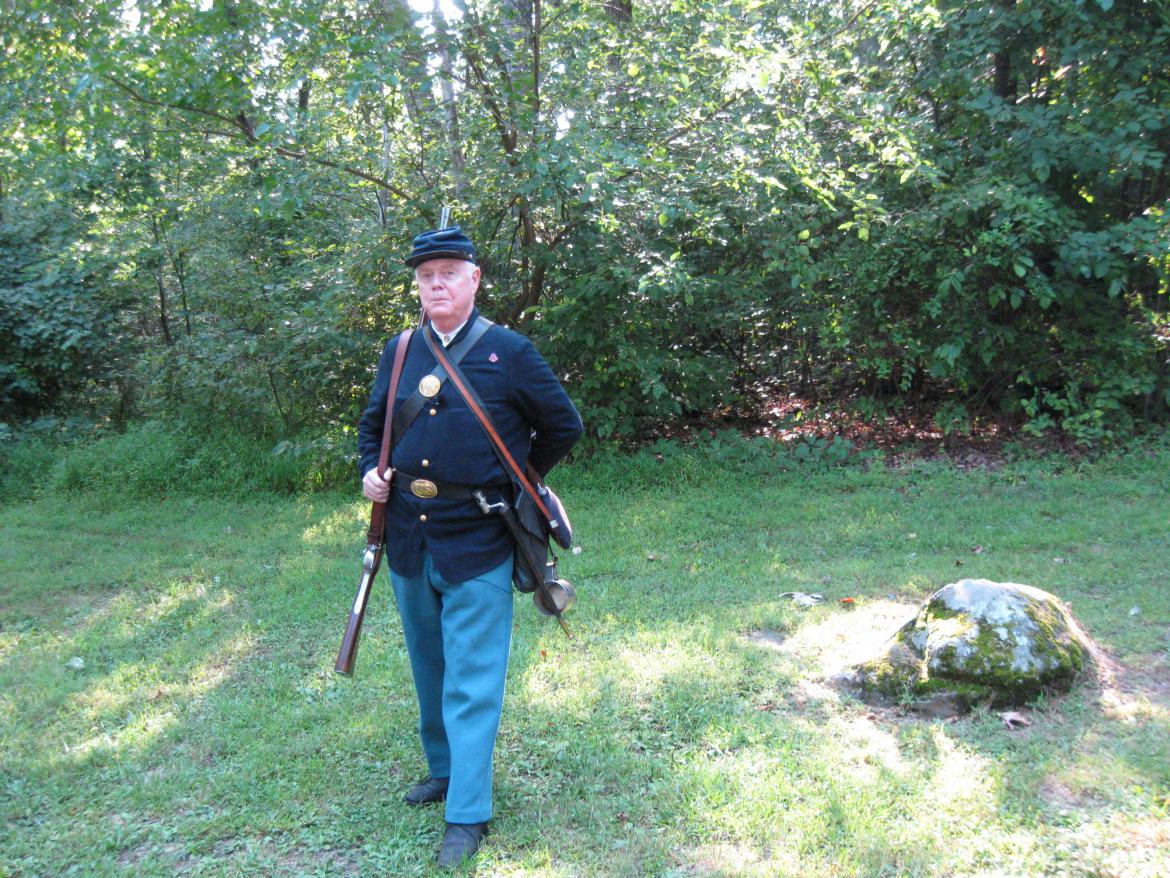 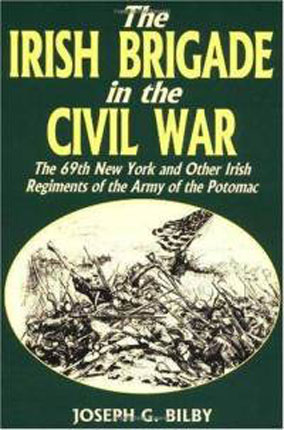 Here is one of the texts that John Fitzpatrick used for his Irish Brigade posts, and that he recommends: The Irish Brigade in the Civil War, The 69th New York and Other Irish Regiments of the Army of the Potomac 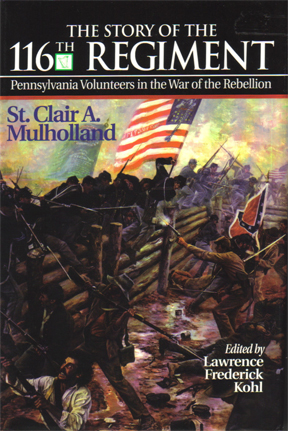 Here is one of the texts that John Fitzpatrick used for his Irish Brigade posts, and that he recommends: The Story of the 116th Regiment Pennsylvania Volunteers in the War of the Rebellion 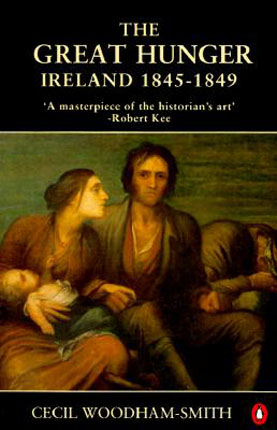 Here is one of the texts that John Fitzpatrick used for his Irish Brigade posts, and that he recommends: The Great Hunger, Ireland 1845-1849

by Cecil Woodham-Smith. This image was copied facing north at approximately 8:00 PM on Friday, November 18, 2011. 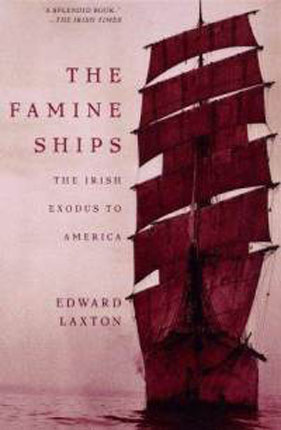 Here is one of the texts that John Fitzpatrick used for his Irish Brigade posts, and that he recommends: The Famine Ships, The Irish Exodus to America

by Edward Laxton. This image was copied facing north at approximately 8:00 PM on Friday, November 18, 2011. 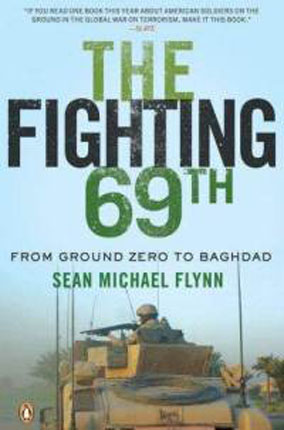 Here is one of the texts that John Fitzpatrick used for his Irish Brigade posts, and that he recommends: The Fighting 69th, From Ground Zero to Baghdad

by Sean Michael Flynn. This image was copied facing north at approximately 8:00 PM on Friday, November 18, 2011.