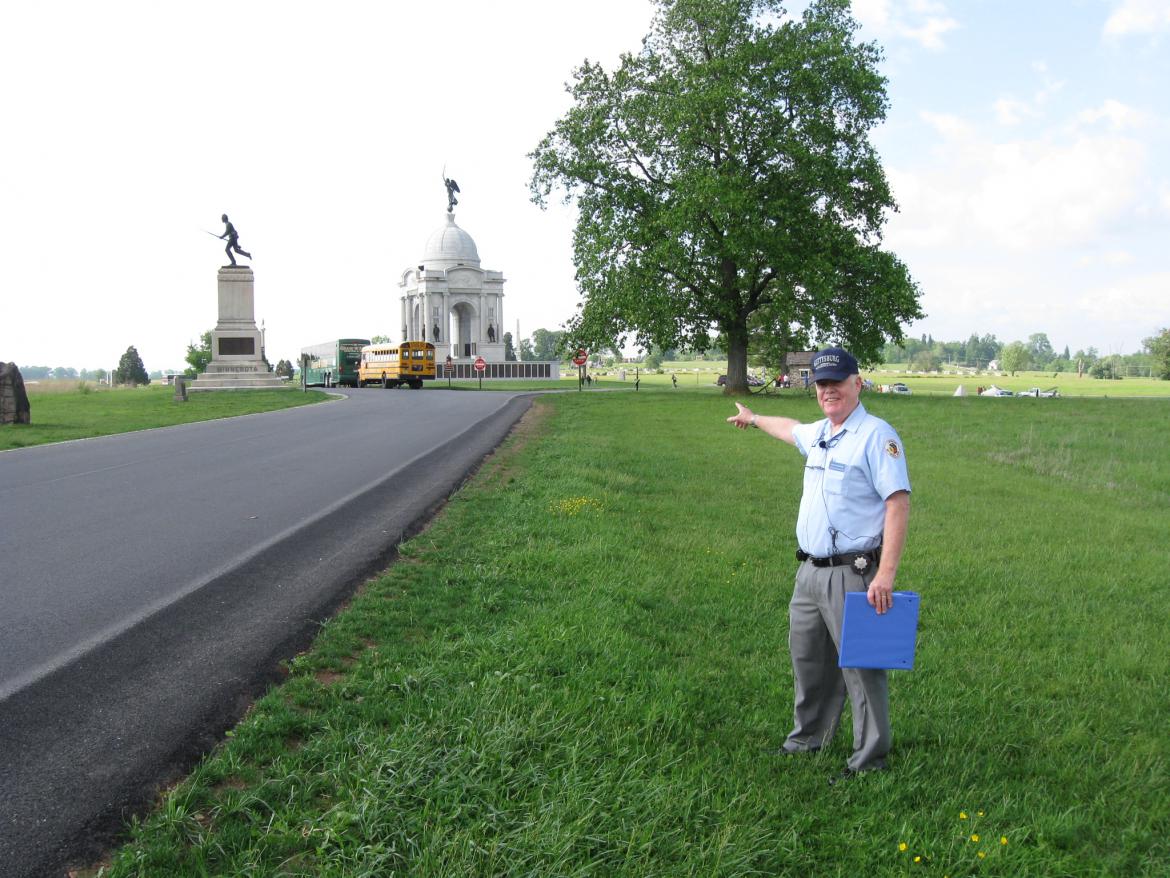 Gettysburg Licensed Battlefield Guide John Fitzpatrick is the host for our series on the Irish Brigade at Gettysburg. He is standing on Cemetery Ridge and is pointing to the Pennsylvania Memorial in the area where the Irish Brigade was positioned. The 1st Minnesota Infantry Monument is on the left (west) side of Hancock Avenue. This view was taken facing north at approximately 4:45 PM on Friday, May 20, 2011. 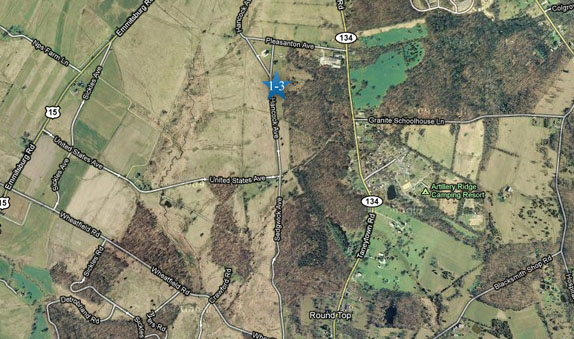 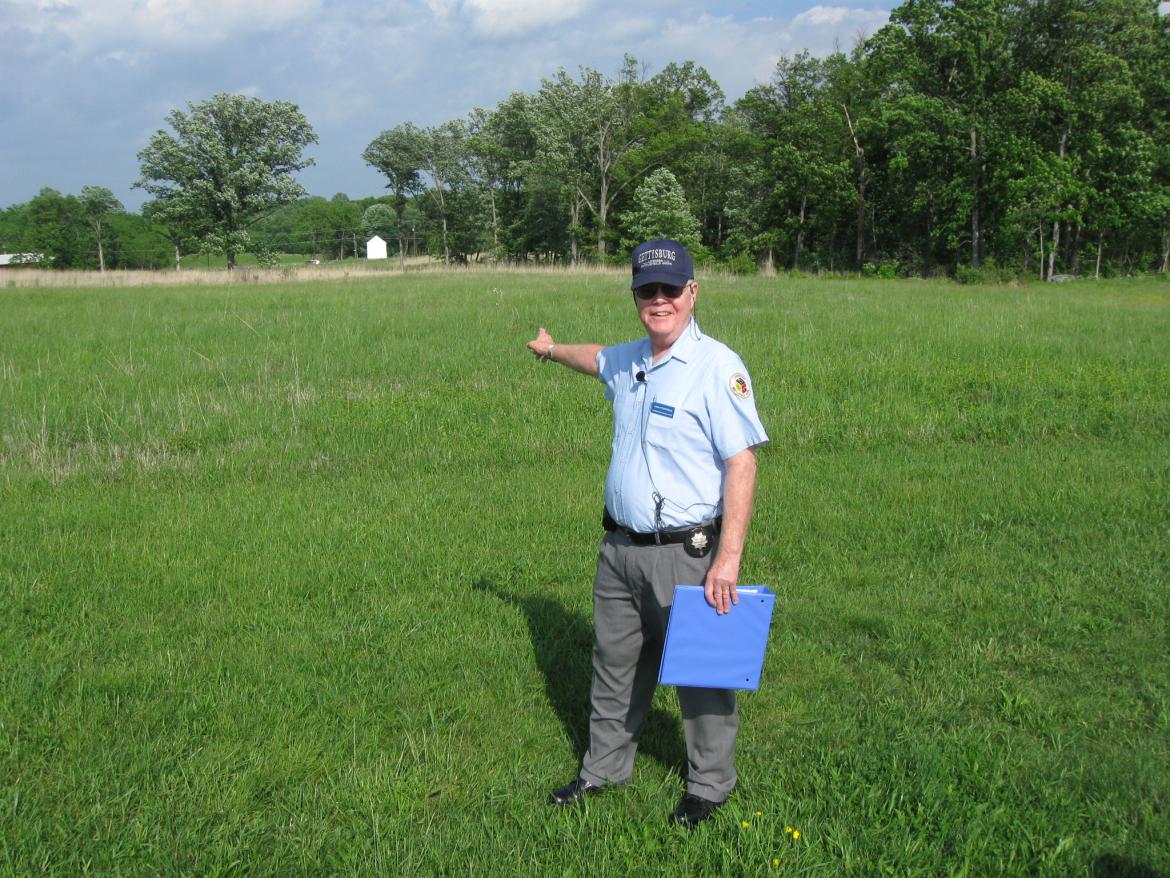 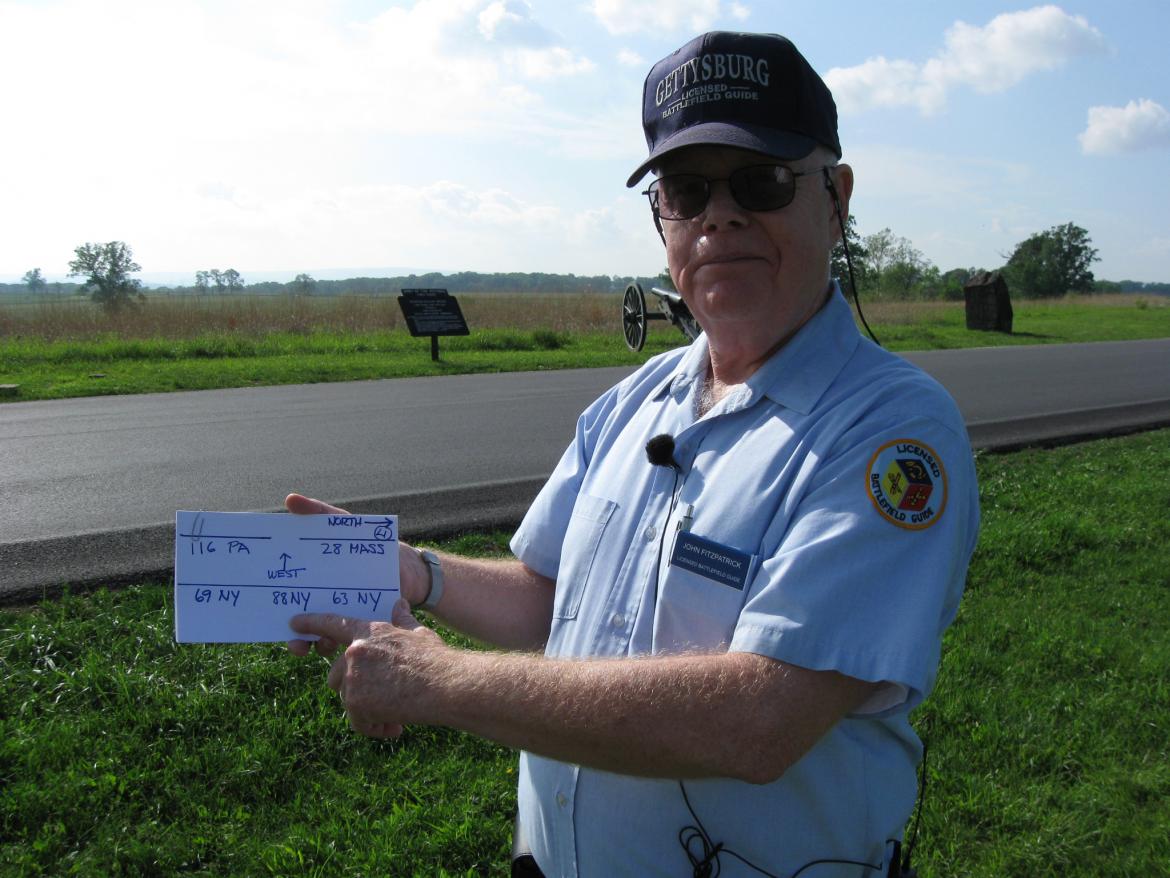 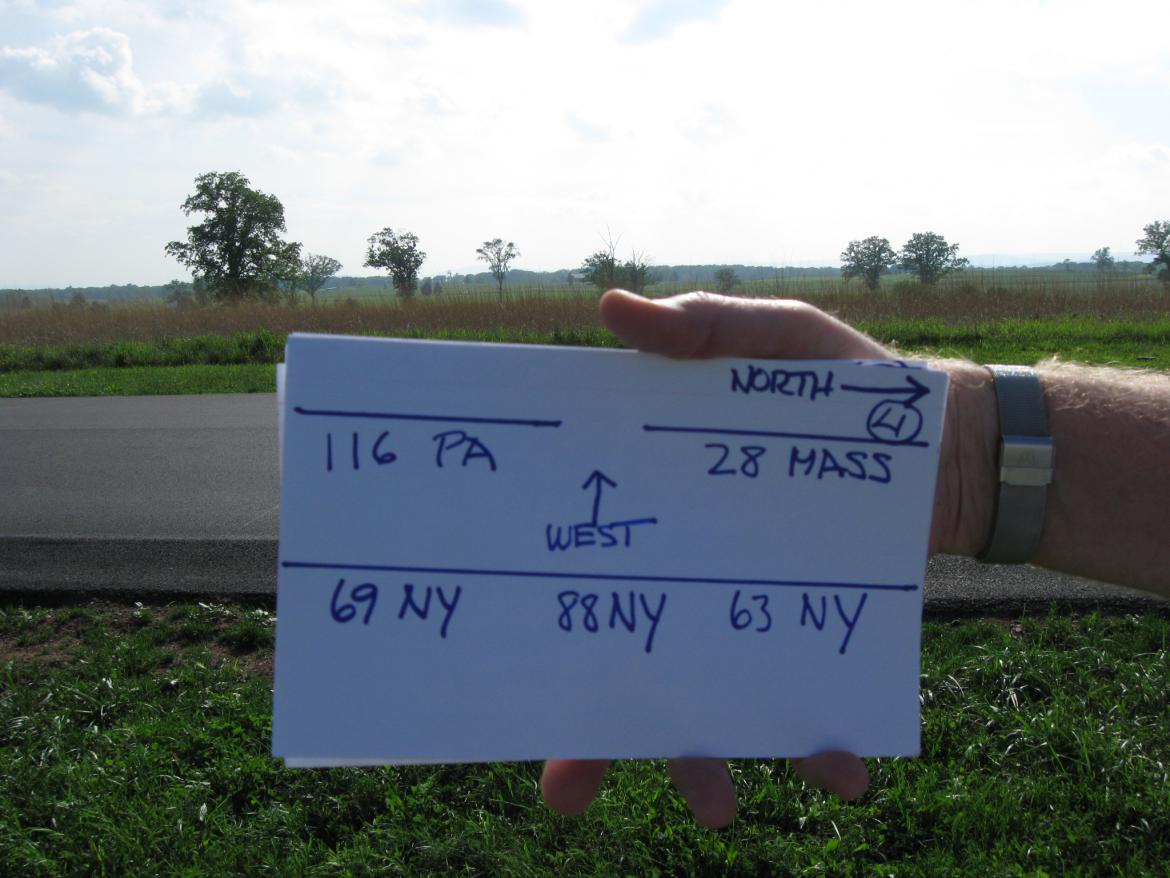 The Irish Brigade regiments would have been in position along Cemetery Ridge, and in the fields west of Cemetery Ridge. This view was taken facing west at approximately 4:45 PM on Friday, May 20, 2011.