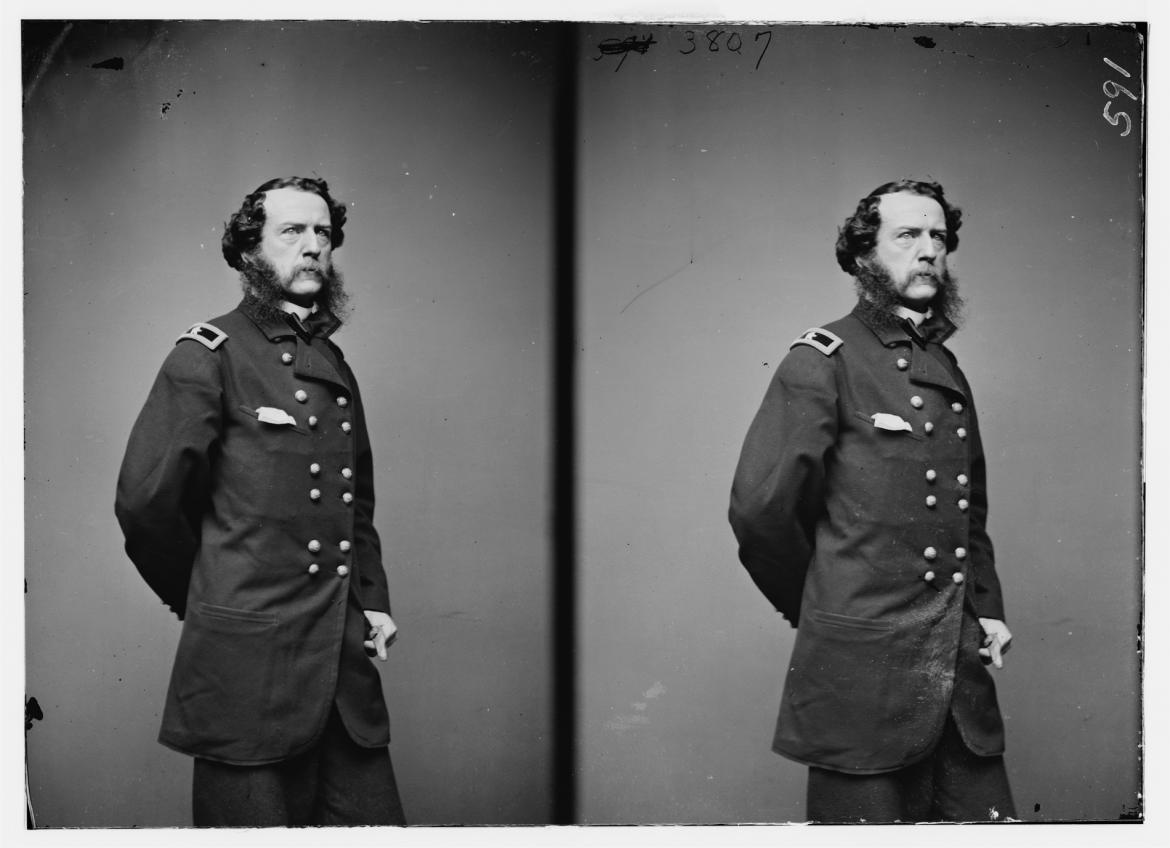 Brigadier General Samuel Wiley Crawford (1829-1892) was born in Franklin County Pennsylvania. He graduated from the University of Pennsylvania in 1846 and the University of Pennsylvania Medical School in 1860 He joined the United States Army as an assistant surgeon in 1851 and served as a surgeon until 1861. Crawford was the surgeon on duty during the Confederate bombardment of Fort Sumter, South Carolina in April, 1861. Despite his medical background, he was placed in command of some artillery pieces returning fire from the fort. In May, 1861, he accepted a commission in the infantry. He was promoted to brigadier general of volunteers on April 25, 1862, and was wounded in the right thigh at Antietam on September 17, 1862. The wound took eight months to properly heal. This view, courtesy of the Library of Congress was taken circa the 1860s.

Gettysburg Licensed Battlefield Guide Joseph E. Mieczkowski is the host for our Gettysburg Idols series. A resident of nearby Fairfield, Pennsylvania, Joe is a Civil War living historian and educator. Joe portrays Lincoln’s Secretary of War, Simon Cameron as well as Gettysburg resident, David Wills. In addition Joe is a Licensed Town Guide in Gettysburg. He is also the past President of the Gettysburg Civil War Roundtable.

Educated at Salem College, Salem, West Virginia and at Pennsylvania State University, Joe has been employed for over 30 years with the Social Security Administration. He has served in a variety of locations and assignments including 16 years as a manager and director in Washington D.C. Presently he is the Area Director in Harrisburg PA. 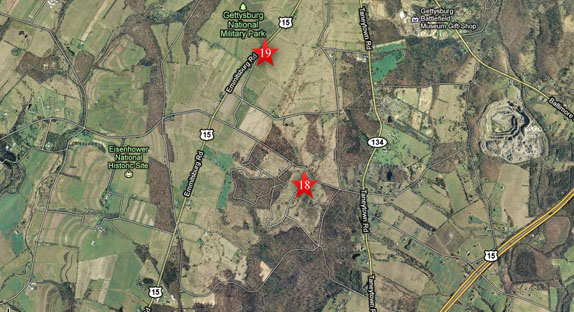 This map shows us the locations taken of the videos for the Gettysburg Idols series. Videos #1-#17 were shown in our previous posts. Video #18 was taken near the statue of Samuel Wiley Crawford on Crawford Avenue in Plum Run Valley/Valley of Death. Video #19 was taken near the statue of Andrew Atkinson Humphreys at the junction of Sickles Avenue and the Emmitsburg Road. This map was created facing north at approximately 4:00 PM on Saturday, March 12, 2011. 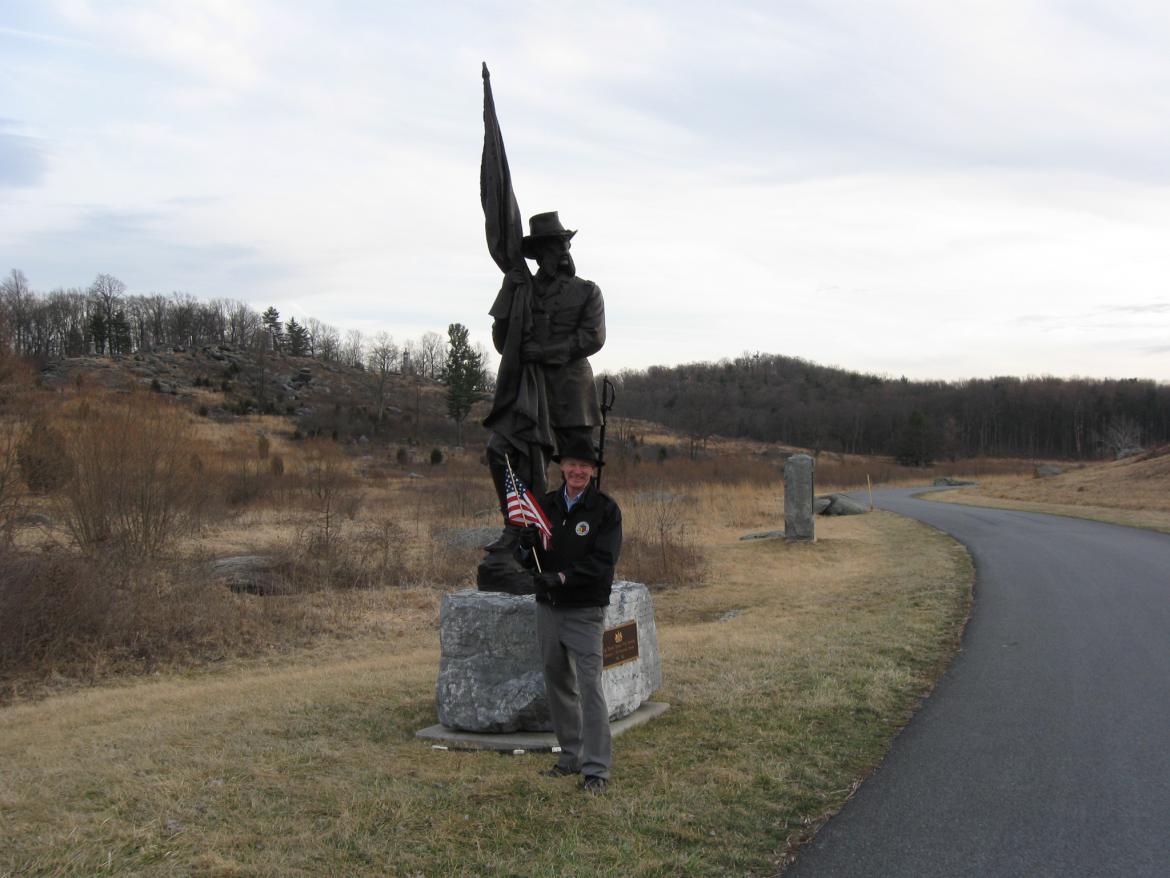 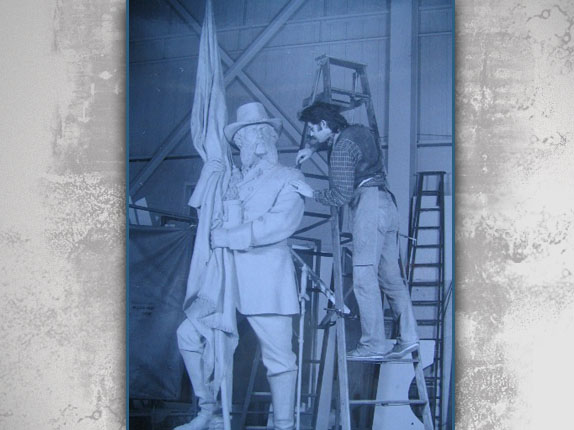 Sculptor Ron Tunison created the larger than life statue of Crawford. It was dedicated in 1988. This image is courtesy of Joe Mieczkowski. 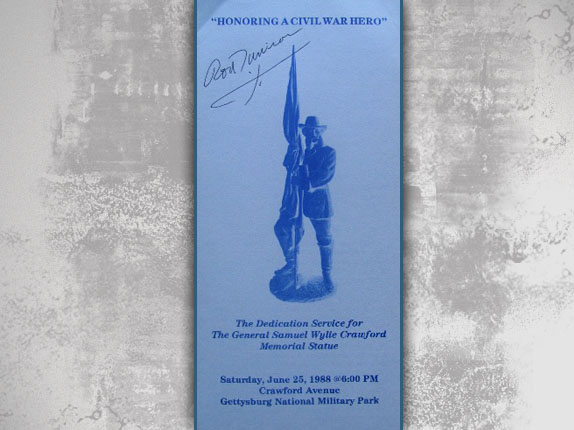 A signed program from the Crawford statue dedication. This image is courtesy of Joe Mieczkowski. 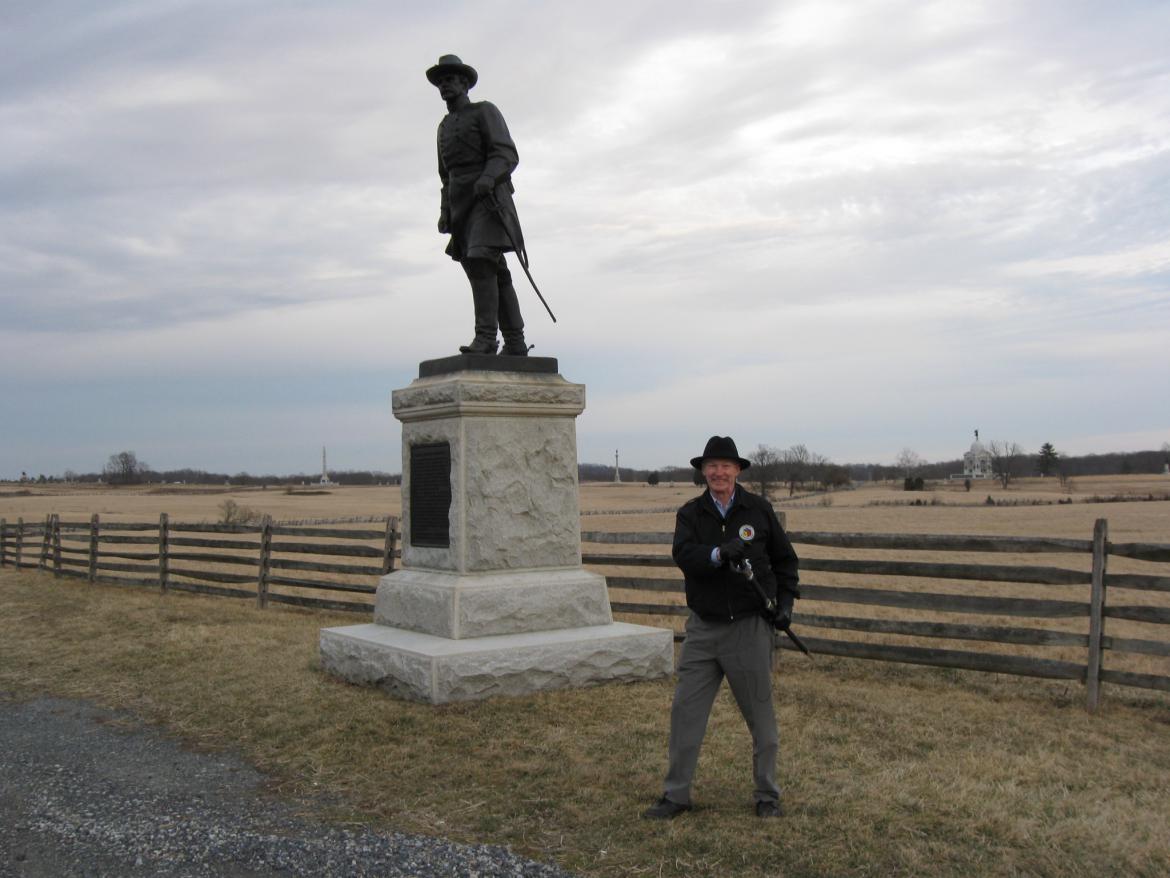 Licensed Battlefield Guide Joe Mieczkowski is standing by the statue to Brigadier General Andrew Atkinson Humphreys. It is located along the Emmitsburg Road. The Pennsylvania State Memorial is the domed, light colored structure in the right background on Cemetery Ridge. The Vermont State Monument, also on Cemetery Ridge is in the background to the right of the Humphreys statue. To the left of the Humphreys statue is visible the light colored United States Regulars obelisk monument. Also visible in the left background is the Copse/Clump of Trees and Culp’s Hill. This view was taken facing northeast at approximately 5:15 PM on Friday, March 4, 2011.
In Video #19 Licensed Battlefield Guide Joe Mieczkowski presents biographical information on Brigadier General Andrew Atkinson Humphreys and describes his action in this area the afternoon of July 2, 1863. This view was taken facing southeast to south to southeast to northeast to north to northeast at approximately 5:15 PM on Friday, March 4, 2011. 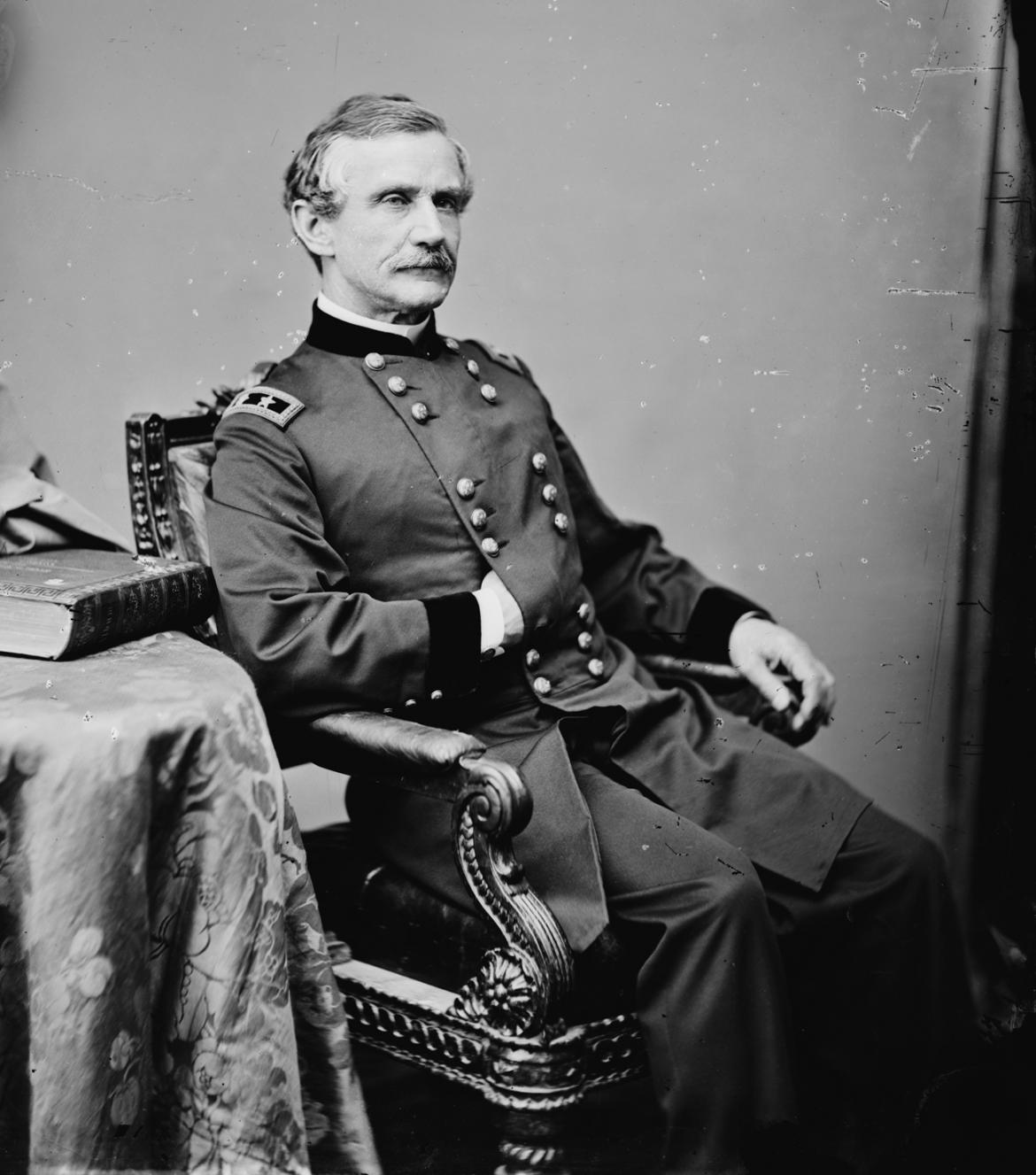 Major General Andrew Atkinson Humphreys (1810-1883) was a Brigadier General in charge of a division in the Third Corps during the Gettysburg Campaign. He was promoted to Major General on July 8, 1863 and became the Army of the Potomac’s Chief of Staff. Although he appears to be a plesant fellow in this photograph, he was a taskmaster and strict disciplinarian. Charles A. Dana, the Assistant Secretary of War, called him a man of “distinguished and brilliant profanity.” This image, taken circa the 1860s is courtesy of the Library of Congress.