Finishing Touches on Parking Lots Before the Grand Opening

Finishing touches on the parking lots are occurring this weekend at Gettysburg National Military Park. The Grand Opening is Friday, September 25th. Here the crew is asphalting the entrance to Parking Lot #3. This view was taken from the northeast facing southwest at approximately 2:45 PM on Saturday, September 20, 2008.

The Gettysburg Foundation is putting finishing touches on the parking lots at the new visitor center. At Parking Lot #3 (the parking lot closest to the Taneytown Road) two of the four parking areas were closed due to asphalt work.

As the Gettysburg Daily editor was taking these pictures, the foreman of the project came up to him to ask a question. “Is anything special happening this weekend? It sure is crowded.” We explained to him that if it’s nice weather, all late summer and fall weekends are crowded at Gettysburg.

It would have been helpful if the Gettysburg Foundation had informed the construction crew about visitation patterns. He didn’t know why all the traffic was there on a weekend in one of the most visited National Parks disturbing his crew’s work. The foreman thought that the park, like most other businesses, would be busy on weekdays, and then his crew could come out on the weekend and not be disturbed. This lack of communication meant that both his crew and the visitors were inconvenienced.

See our previous posts on parking lots for: 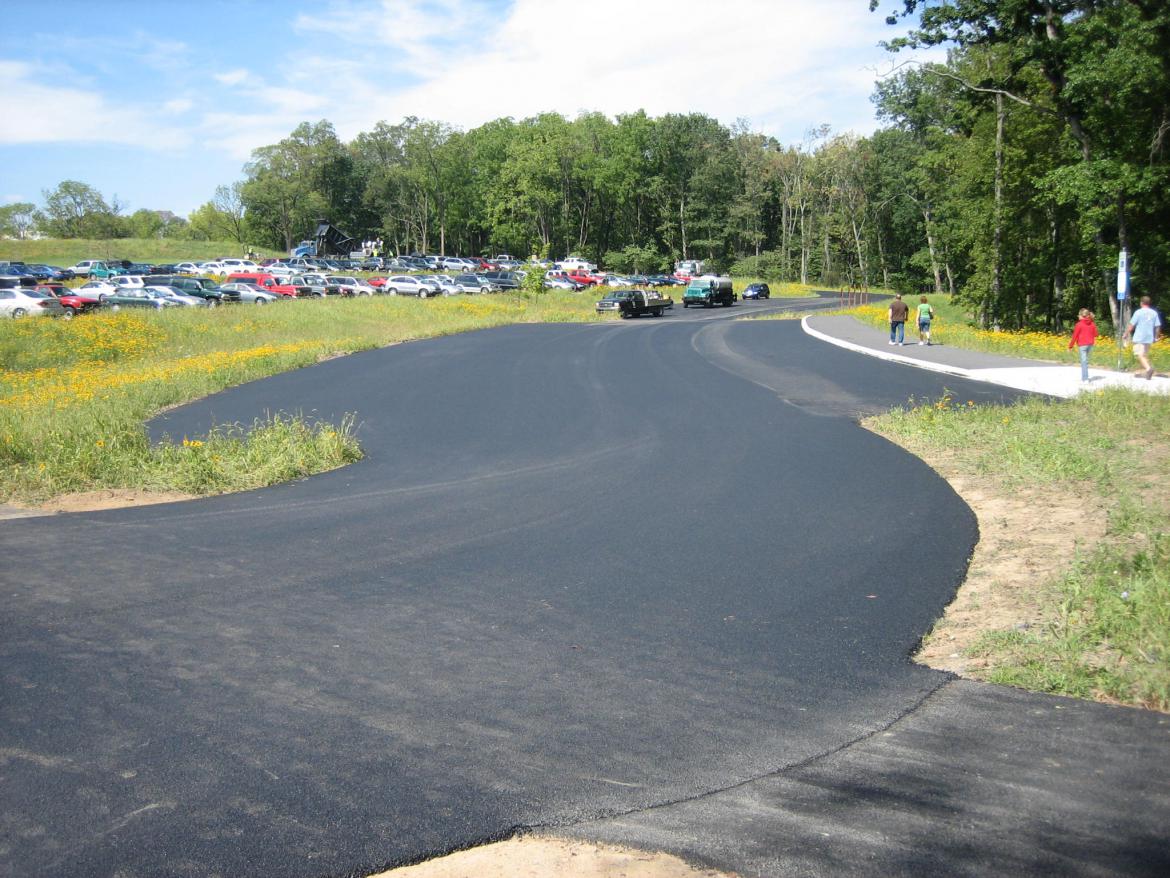 Lot #3 has four parking sections, two of which were closed today, including this lower section which has been designated for employee parking. This view was taken from the south facing north at approximately 2:45 PM on Saturday, September 20, 2008.

The upper section, closest to the Taneytown Road was also closed today. This view was taken from the southeast facing northwest at approximately 2:45 PM on Saturday, September 20, 2008. 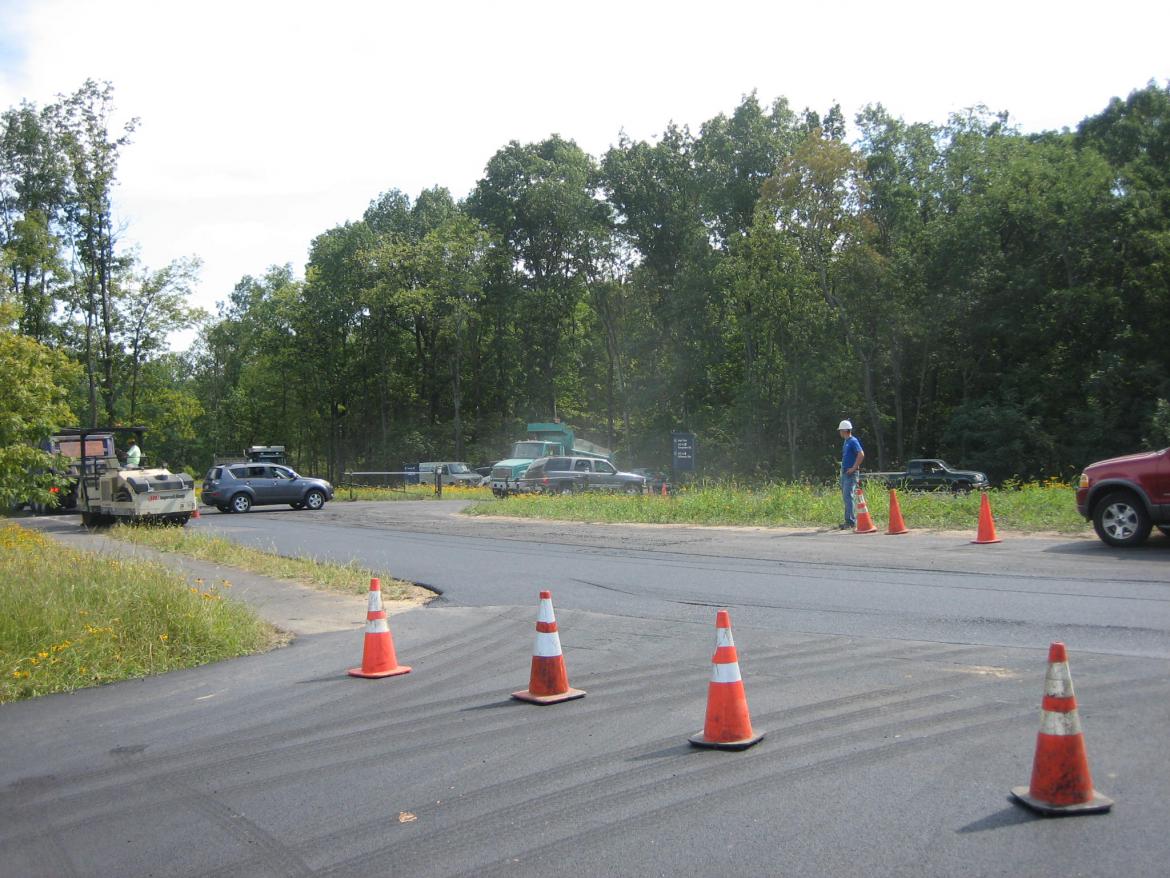