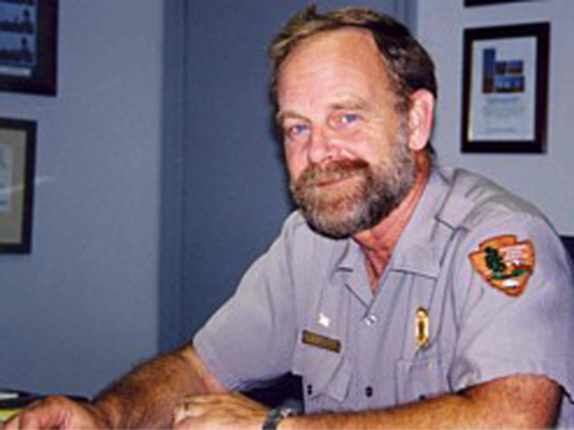 John Latschar, Superintendent of Gettsyburg National Military Park since 1994, is retiring from the National Park Service. He will take over as President of the Gettysburg Foundation on March 1, 2009. Dr. Latschar is a native of Kansas. He served as a combat veteran in the Vietnam War from 1970-1971, and retired from the Army Reserves as a Lieutenant-Colonel in 1974. This photo, taken in his office in the old Visitor Center is courtesy of the National Park Service, and was taken facing southwest.

Gettysburg National Military Park Superintendent, Dr. John Latschar, will be retiring from the National Park Service to become President of the Gettysburg Foundation. This move has been widely speculated about for years, and is now reality with the contract of current Foundation President, Robert Wilburn, ending. Latschar has over 31 years of U.S. Government service and has been Gettysburg Superintendent since 1994. Chief Ranger Brion Fitzgerald will be the interim Superintendent until someone is chosen for the permanent position. 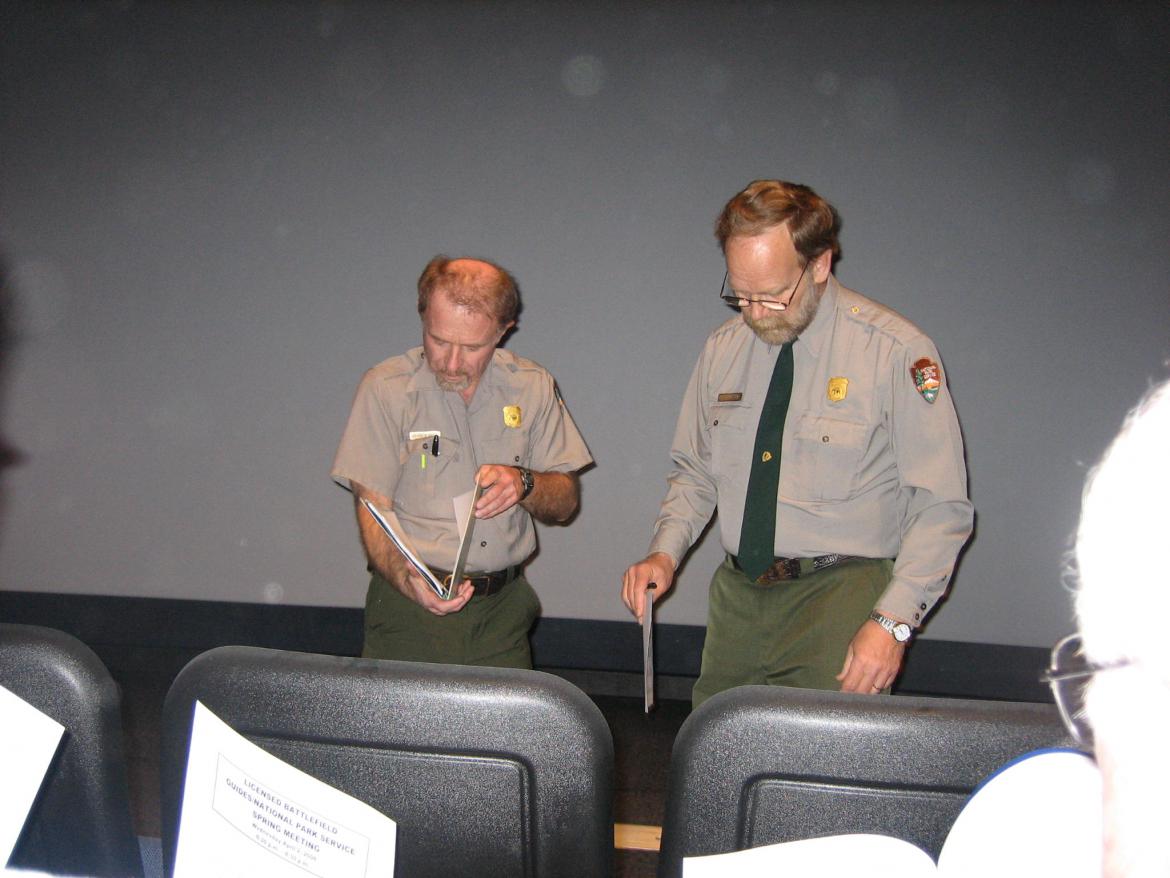 During the Spring Licensed Battlefield Guide Meeting, Clyde Bell and Dr. Latschar, on the right, addressed the guides. Latschar received his Bachelor’s and Masters Degrees in History from Kansas State University. He Latschar received his Ph.D. in History from Rugers University in 1978. His dissertation was titled, “East New Jersey, 1665-1682: Perils of a Proprietary Government.” This view was taken facing south at approximately 6:30 PM on Wednesday, April 2, 2008. 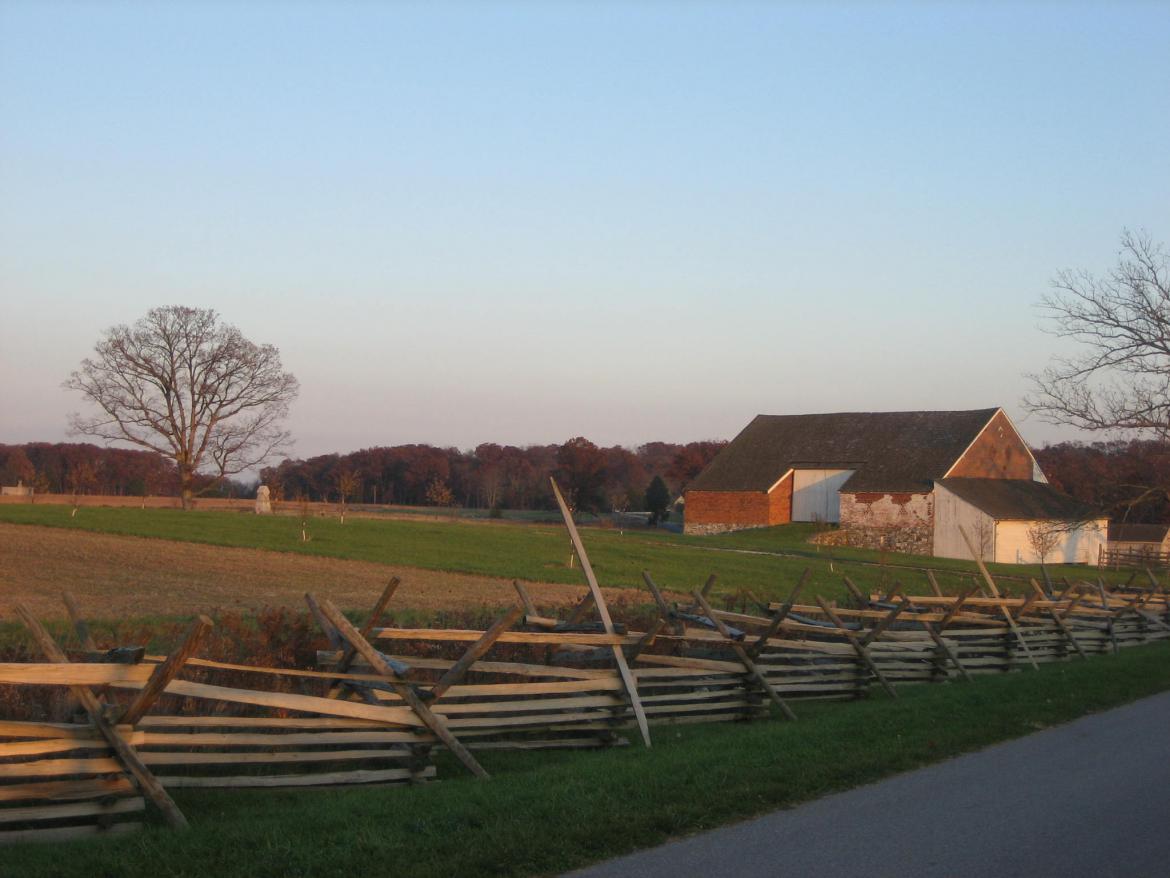 The Trostle Barn. While we have had some professional differences with his administration, Dr. John Latschar has almost single-handedly transformed the management of National Military Parks. His efforts in restoring Gettysburg closer to the way that it looked in 1863 are greatly appreciated. Compared to many other historic sites with which we have worked over the years, Latschar’s leadership in battlefield restoration has been outstanding. This view was taken facing northeast at approximately 4:30 PM on Friday, November 7, 2008. 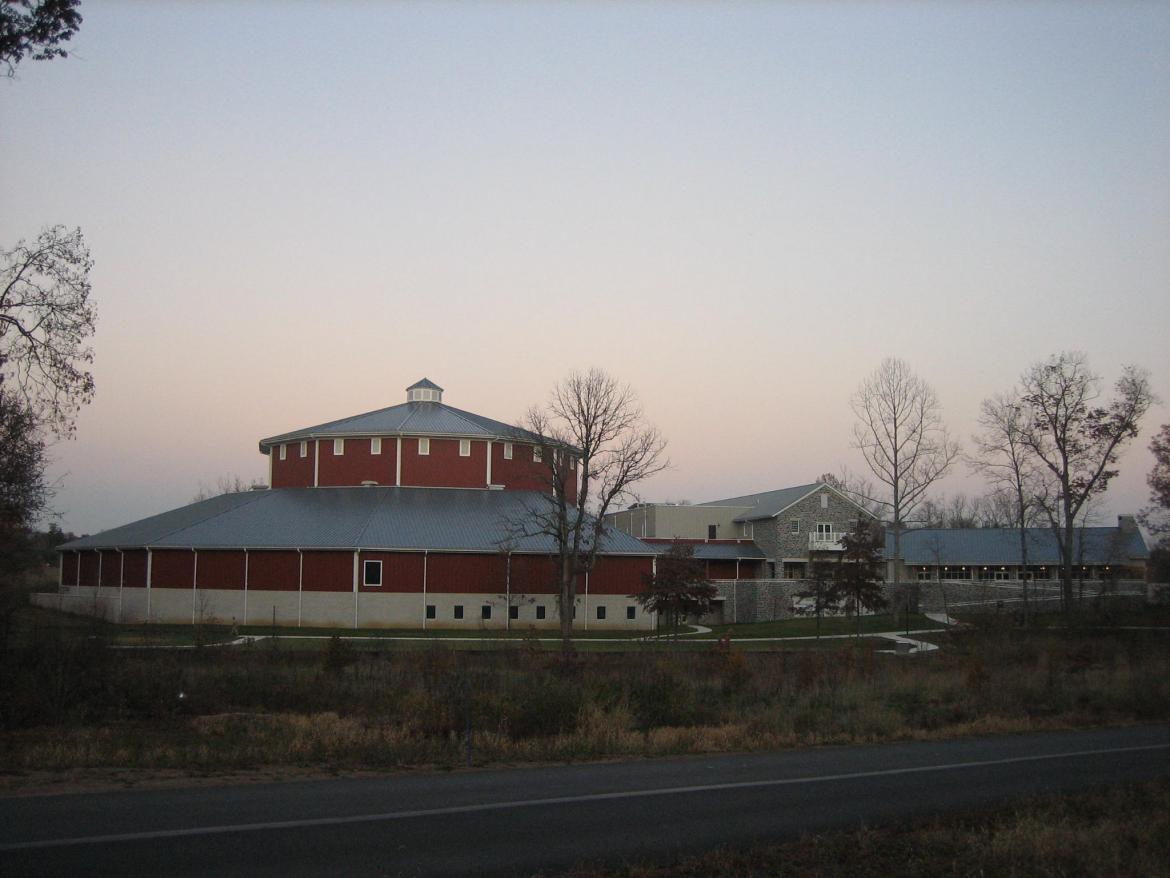 The move of the Visitor Center complex from Cemetery Hill and Cemetery Ridge to this lower ground between the Taneytown Road and the Baltimore Pike was overall a very good move. The operation of the new Visitor Center has not been without mistakes and controversy, and we have certainly given our two cents worth. But overall, the facilities here are much better than the previous structures. This view was taken facing southeast at approximately 5:00 PM on Friday, November 7, 2008. 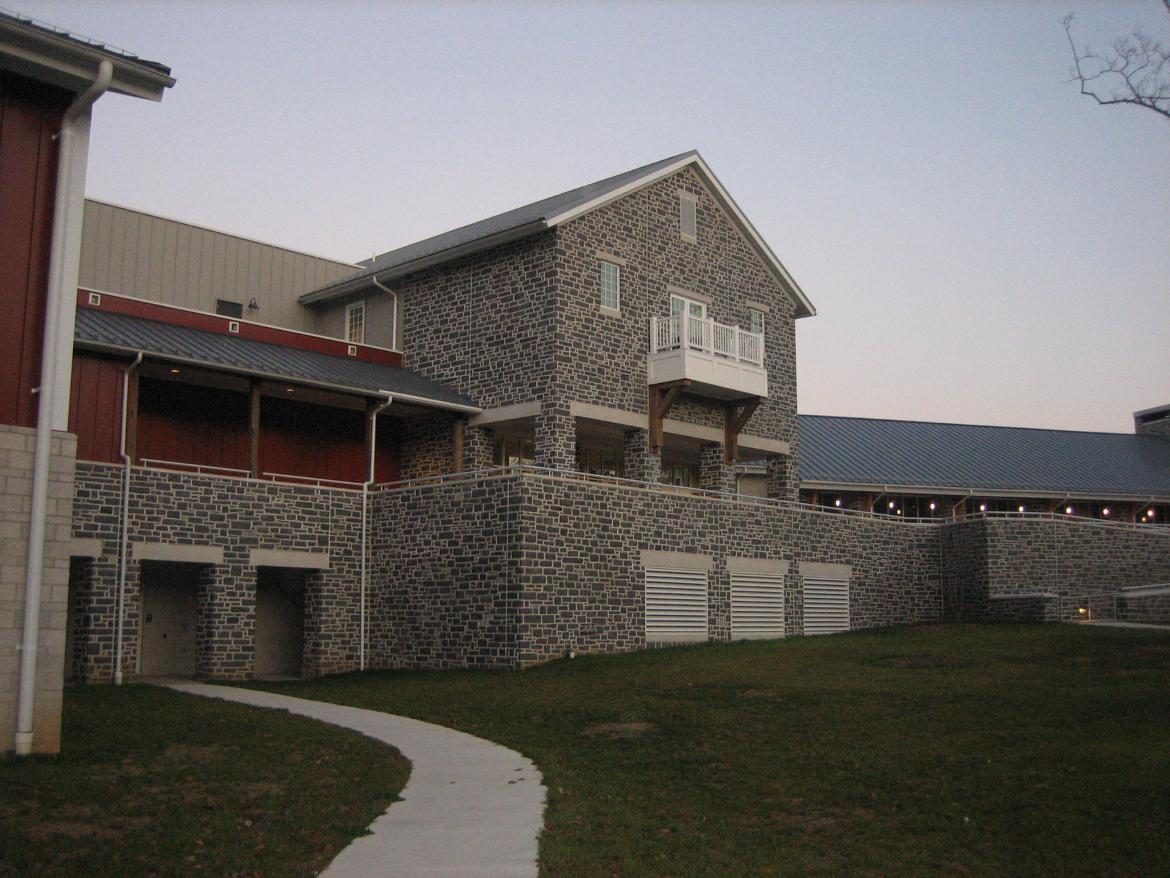 Dr. Latschar won’t be moving too far away from what is jokingly referred to as his smoking porch on the second floor of the new Visitor Center. This view was taken facing southeast at approximately 5:00 PM on Friday, November 7, 2008. 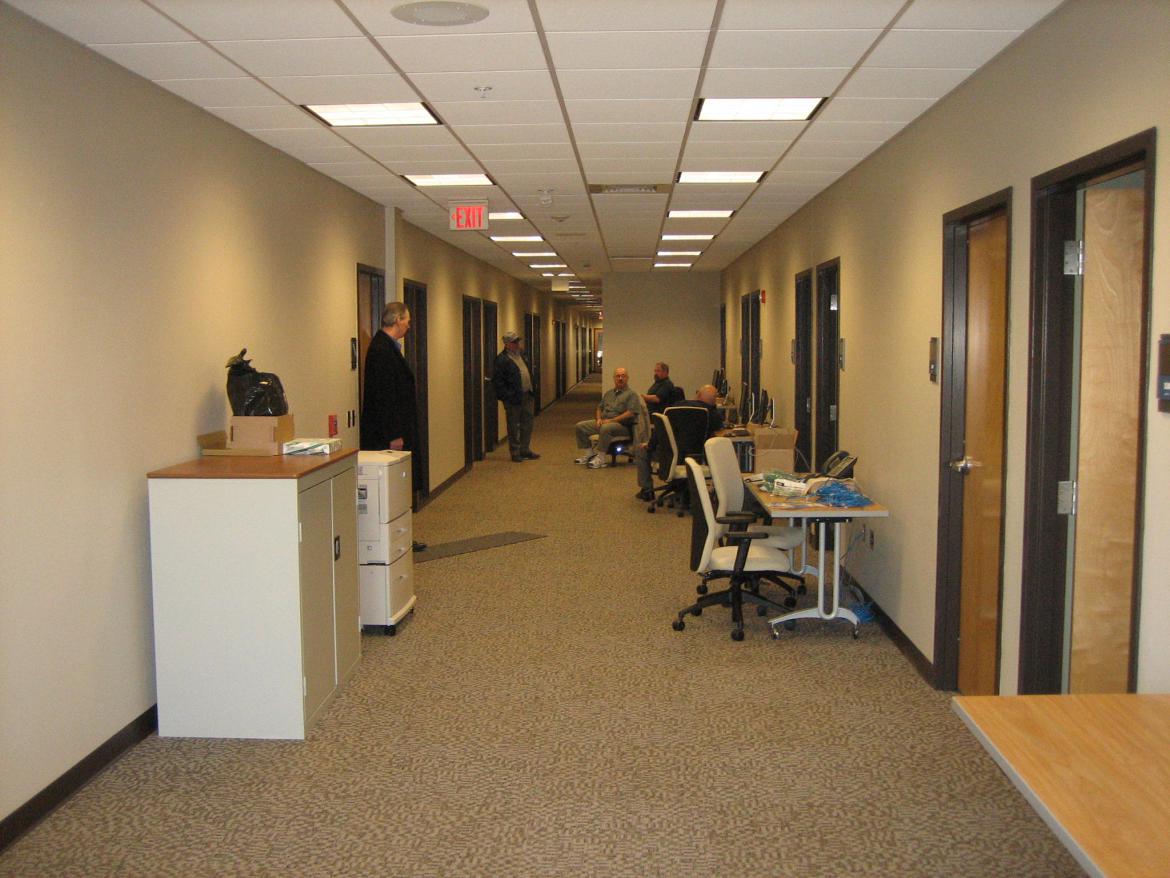 His current office is about halfway down this hallway on the left side of the hall. He will now be moving to the Foundation offices on the far (east) end of the hallway. This view was taken facing east at approximately 5:00 PM on Wednesday, April 2, 2008.