The repairs 6th New York Cavalry Monument on Buford Avenue along an extension of the west arm of McPherson’s Ridge, known as Forney’s Ridge, were completed this week. This view was taken from the west facing east at approximately 4:45 PM on Saturday, May 24, 2008.

Although the Bridge over the Railroad Cut on Reynolds Avenue is closed this weekend, there is still some progress occurring in this area. The monument to the 6th New York Cavalry Regiment on Forney Ridge (an extension of the west arm of McPherson’s Ridge) along Buford Avenue has been repaired. The Star and Banner took photographs of the monument, that was struck by lightening on October 9, 2007, and began to fall apart, becoming unsafe. The top section had to be removed so it could be repointed and reworked. See our post of March 24, 2008 to see the condition of the monument at that time. The Gettysburg Daily visited the 6th New York twice today, once in the morning, and once in the afternoon so we could better utilize the sun hitting the east and west sides of the monument.

The 6th New York fought dismounted along the ridge, firing at Confederates that charged from west to east, or right to left in this picture. Every fourth man would have been in the low ground or swale to the left in the photograph, holding horses out of sight of the enemy. View from the north facing south at approximately 8:15 AM on Saturday, May 24, 2008.

The 6th New York Cavalry monument was dedicated in 1889 to the regiment which fought with Brigadier-General John Buford’s cavalry division on July 1, 1863. The regiment was formed in October 1861, and in December, 1861 was sent to York, Pennsylvania for training. Colonel Thomas Devin, later their brigade commander at Gettysburg, was their first commander. View from the east facing west at approximately 8:15 AM on Saturday, May 24, 2008.

A closeup of the bronze plaque on the east side of the monument which features a likeness of the regiment’s Colonel, Thomas Casimer Devin (1822-1878). Devin had been a lieutenant-colonel in the New York state militia before the war, but his “day job” was that of a house painter. At Gettysburg he commanded a brigade in John Buford’s Cavalry division, and by the end of the war commanded a division in Wesley Merritt’s Cavalry Corps. He is buried at the West Point Cemetery, West Point, New York. View from the east facing west at approximately 8:15 AM on Saturday, May 24, 2008. 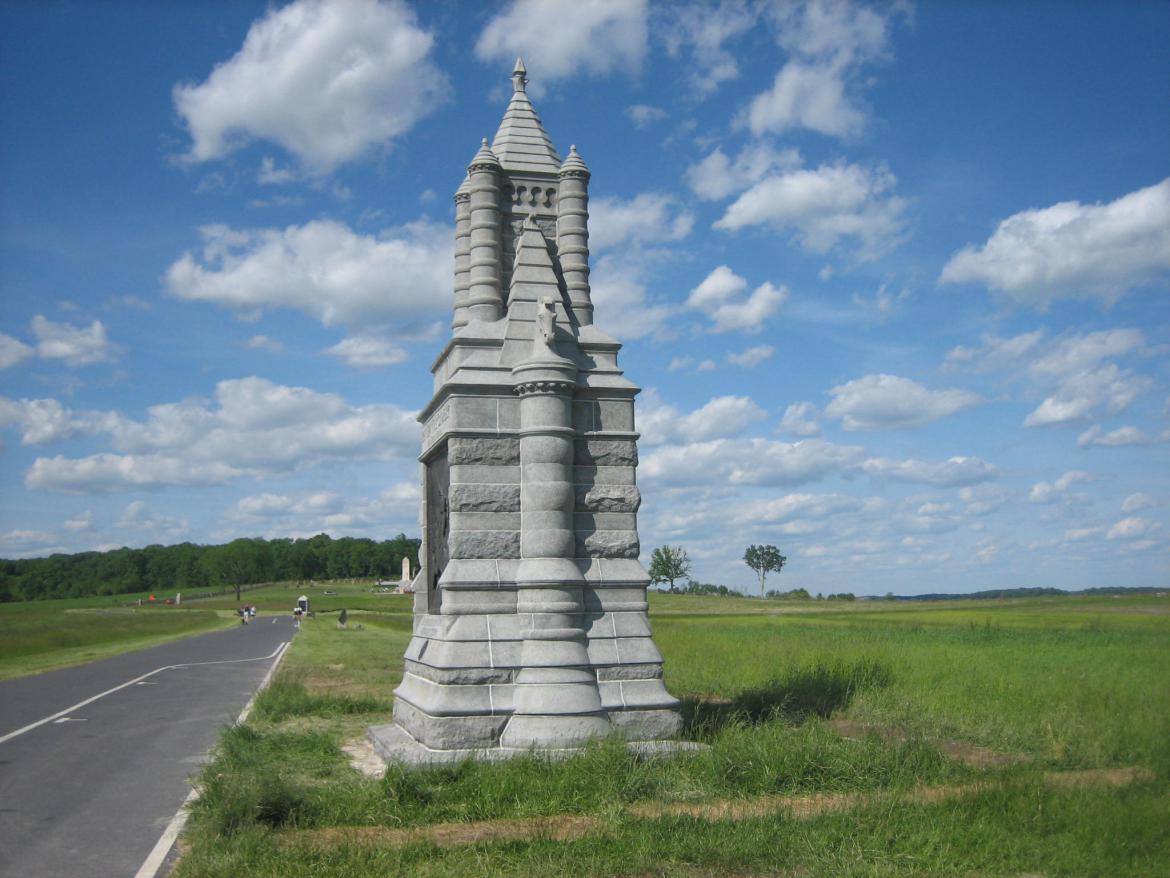 Casualties for the 6th New York Cavalry at the Battle of Gettysburg were one man killed, five wounded, and 16 missing, for a total of 22. Initial estimates by the National Park Service stated that the amount of money to repair the monument was approximately $100,000. The monument is 26 feet high on a base that measures 14 feet wide (north to south) and 10 foot long (east to west). View from the southwest facing northeast at approximately 4:45 PM on Saturday, May 24, 2008. 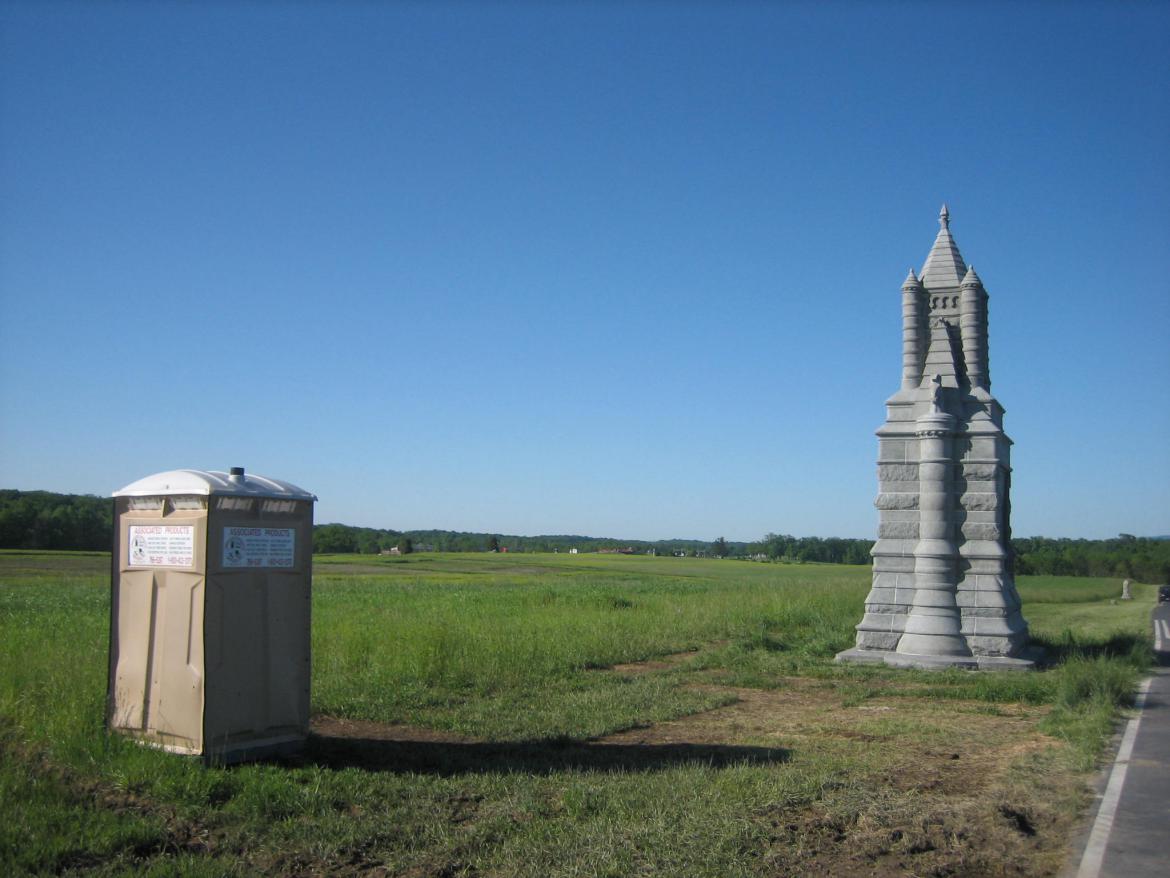 The monument was completed on Friday of this week (yesterday, May 23rd), and the construction company has not yet had their “outhouse” removed from the premises. View is from the northwest facing southeast at approximately 8:15 AM on Saturday, May 24, 2008.