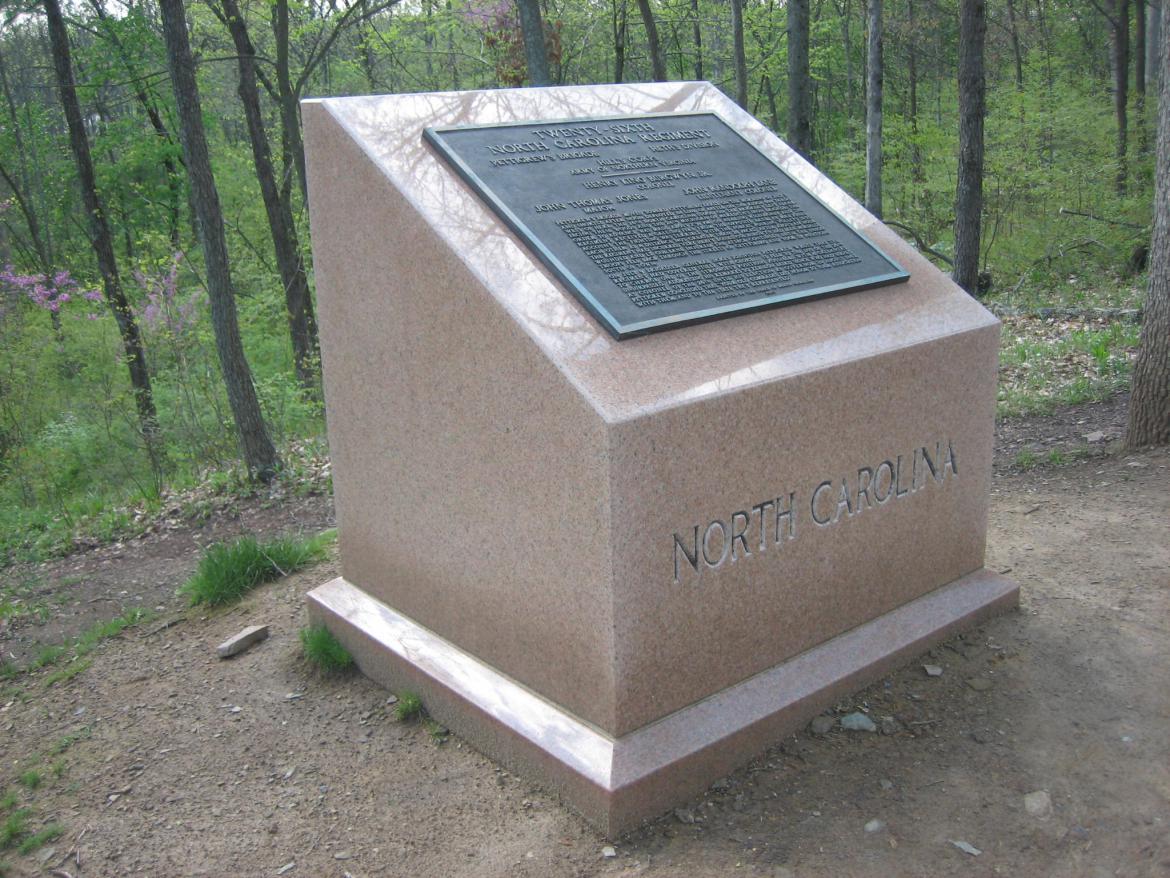 The 26th North Carolina was organized at Raleigh, North Carolina on August 27, 1861. Its first Colonel was Zebulon Vance, who would later be the wartime governor of North Carolina. The unit fought at New Bern, North Carolina, and in some battles during the 1862 Peninsula Campaign. It was stationed in eastern North Carolina until the Gettysburg Campaign. At Gettysburg, the unit fought here on July 1st, and participated in Pickett’s Charge (sorry North Carolinians, the Pettigrew-Trimble-Pickett Assault) on July 3rd. It surrendered at Appromattox with 130 officers and men. This view was taken from the southeast facing northwest at approximately 4:20 PM on Tuesday, April 29, 2008.

It’s time to take pictures of Confederate monuments. Today the Gettysburg Daily chose the 26th North Carolina Infantry Regiment’s monument in Reynolds’ Woods, or McPherson’s Woods, or Herbst Woods. It is located on the west side of Meredith Avenue above Willoughby Run. The 26th North Carolina distinguished itself on the first day of the Battle of Gettysburg when it closely fought the Union’s Iron Brigade in the woods during the afternoon. Here it suffered most of its 81.9% casualties. 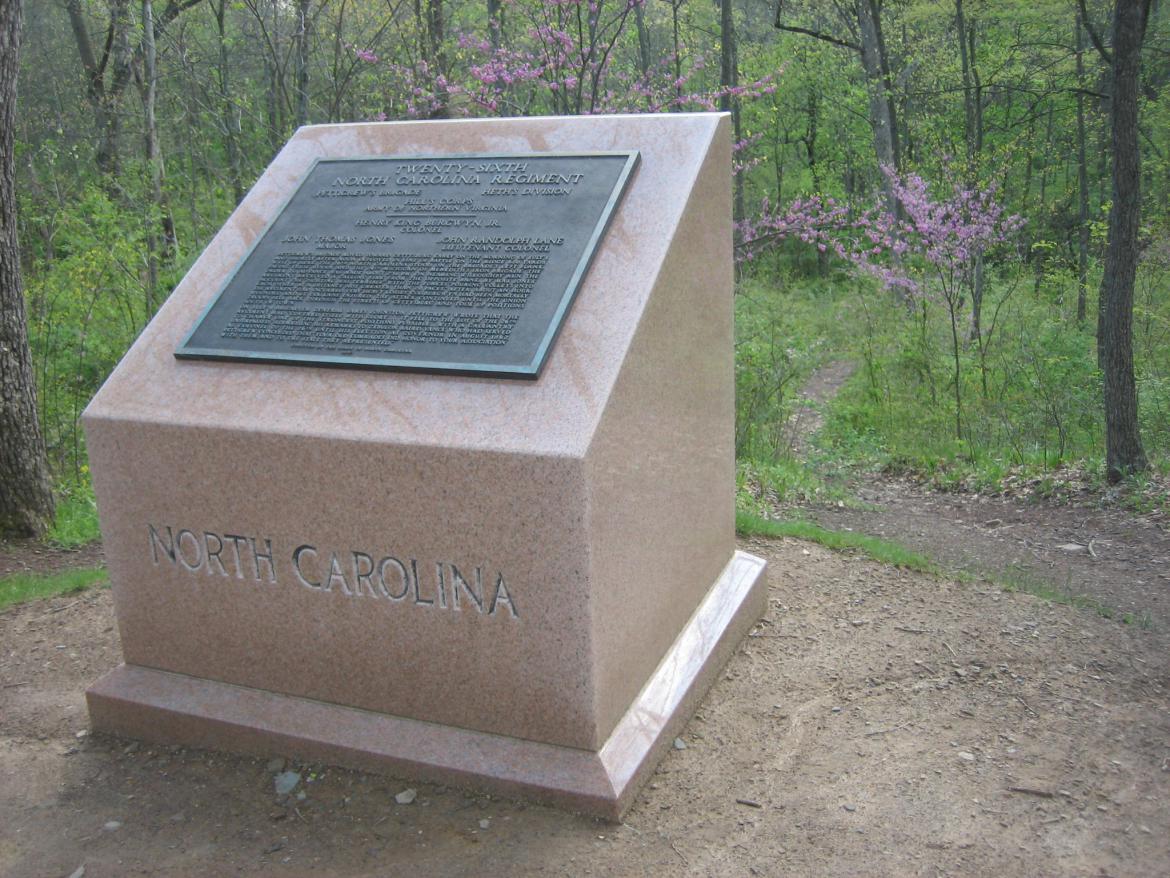 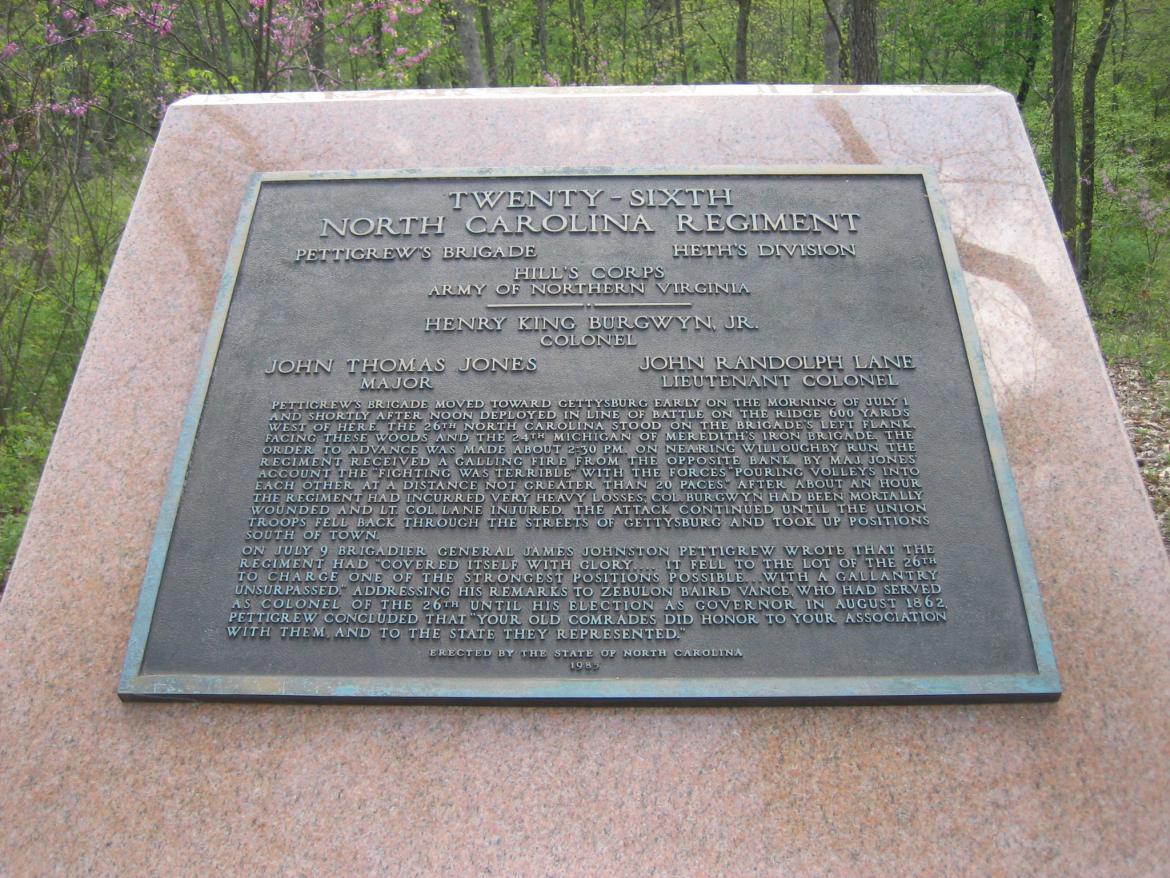 At Gettysburg, the unit’s 21 year old Colonel was Henry King Burgwyn Jr., who was educated at West Point and at the Virginia Military Institute. Burgwyn was killed after he grabbed the colors and attempted to lead his men to this area. At Gettysburg, combined casualties from July 1st and July 3rd were 172 killed, 443 wounded, and 72 missing or captured, for a total of 687. This view was taken from the east facing west at approximately 4:20 PM on Tuesday, April 29, 2008. 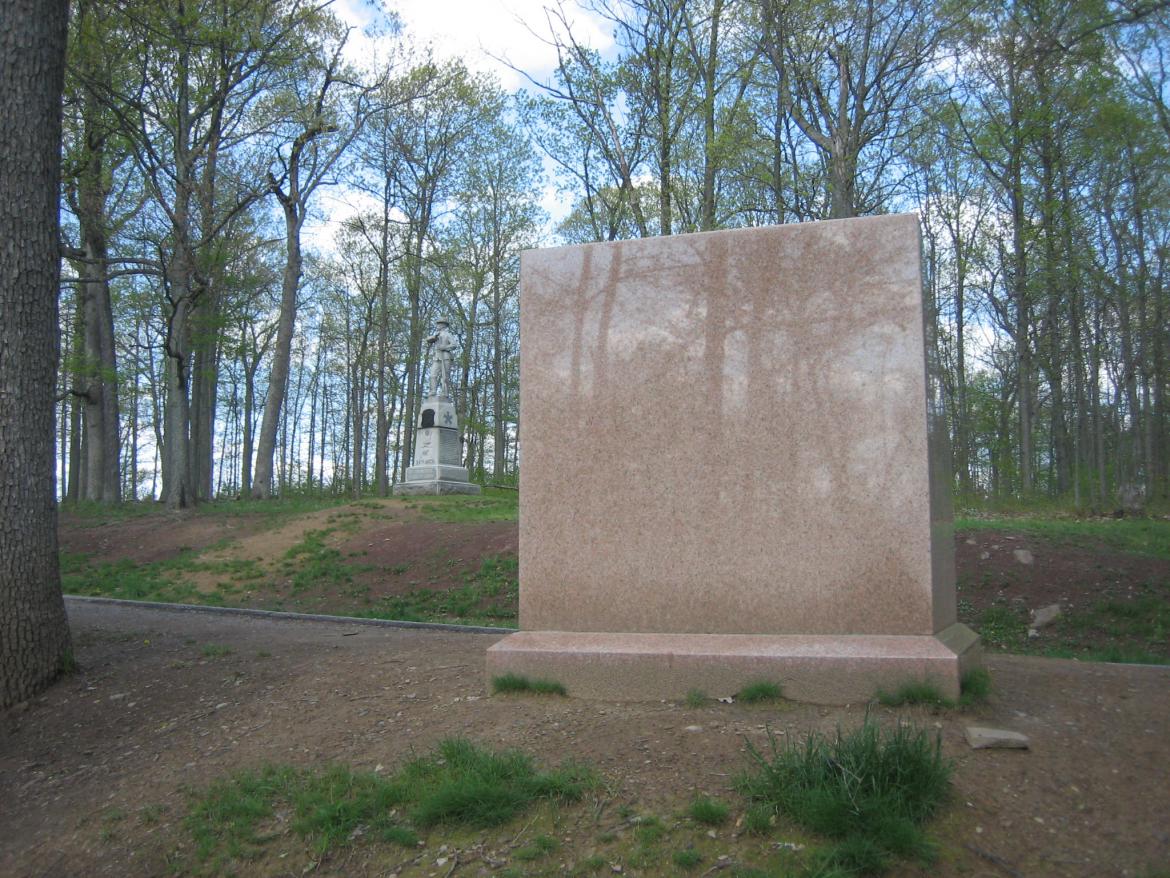 At one point during the afternoon, the lines of the 26th North Carolina, and the 24th Michigan were fighting each other 20 paces apart. The monument to the 24th Michigan is in the left background. This view was taken from the southwest facing northeast at approximately 4:20 PM on Tuesday, April 29, 2008.