Back in April we showed you the Port O Potties placed here in the area of the 20th Maine monument and at Big Round Top. Because of the out of control undergrowth in this area and all over the battlefield, it is a little difficult to see the Port O Potties from this view. This view was taken facing south at approximately 8:35 AM on Thursday, June 24, 2010.

The Port O Potties placed in the area of the 20th Maine monument on Little Round Top and those placed on Big Round Top still remain. Instead of being moved to a more appropriate (yet accessible) location, the restrooms have received brown lattice-work enclosures, suggesting their location is permanent.  As we have stated before, we believe the restrooms should go in the large parking lot on the north side of Little Round Top.

… and the addition seems fairly innocuous.  And unlike April, where the placement of these facilities was an issue of aesthetics … This view was taken facing south at approximately 8:35 AM on Thursday, June 24, 2010. 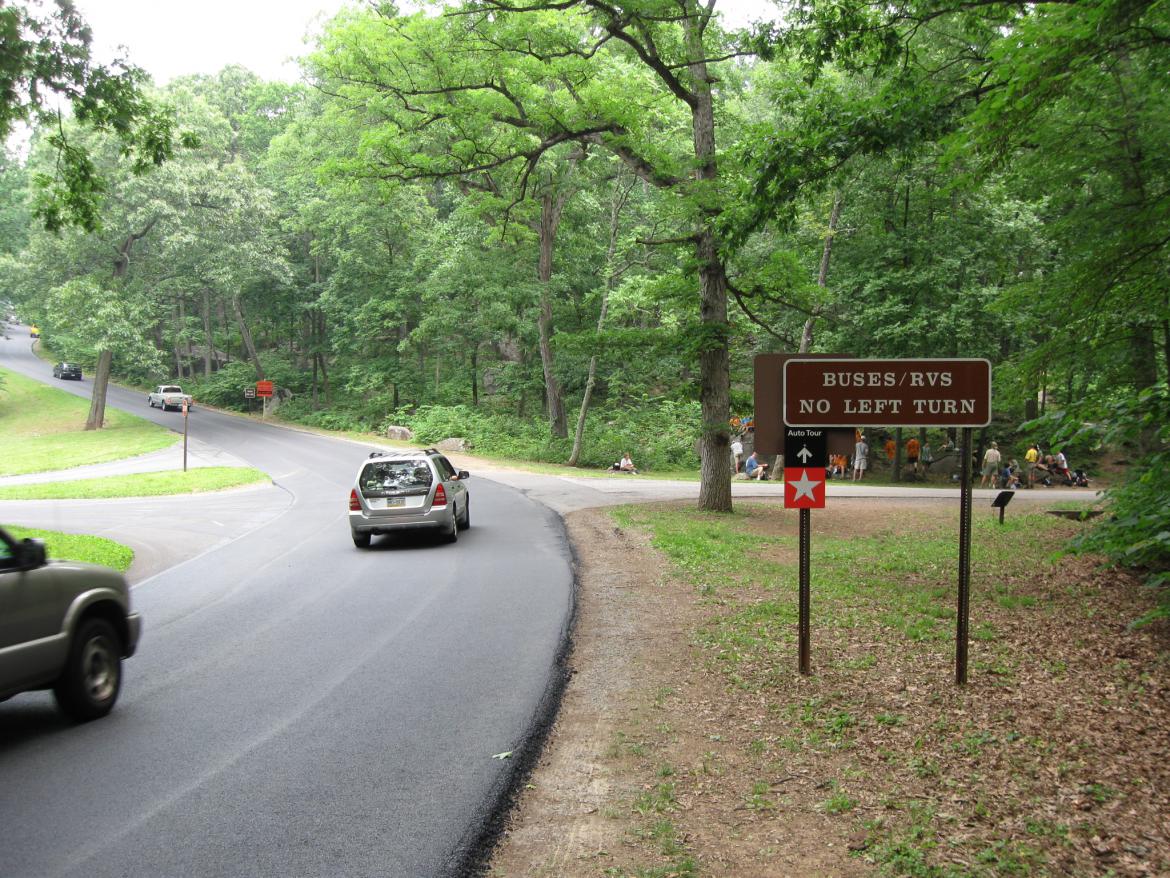 … A lot. Boy Scout groups like this one have camped out here in order to take turns using the facilities and to escape the heat. This high use has resulted in the smell that you would expect. As visitors look down from the 20th Maine monument to the area where Law’s 15th Alabama made their assault, they now not only have the Port O Potties to look at, but also one of the smells that would have followed in the days after this famous engagement. This view was taken facing northwest at approximately 12:25 PM on Tuesday, June 22, 2010.

At Big Round Top, the lattice-work has been added as well, suggesting that the National Park Service intends these locations to be here for a while. This view was taken facing northeast at approximately 12:16 PM on Tuesday, June 22, 2010.

One reason for the NPS not moving the Port O Potties was that they had already put them on a map showing where the restrooms were. Well that doesn’t seem very acceptable, does it?  We think they need to be moved from this location where Alabama and Maine soldiers struggled with each other on July 2, 1863. This view was taken facing northeast at approximately 12:15 PM on Tuesday, June 22, 2010.

If this sort of thing bothers you, constituents of Alabama and Maine can contact your United States Senators via email: Olympia J Snowe (ME) and Susan Collins (ME) of Maine, and Richard Shelby (AL) and Jeff Sessions (AL) of Alabama. Tell them what you think of the new restroom/picnic area being placed in this location. This view was taken facing northwest at approximately 12:25 PM on Tuesday, June 22, 2010.