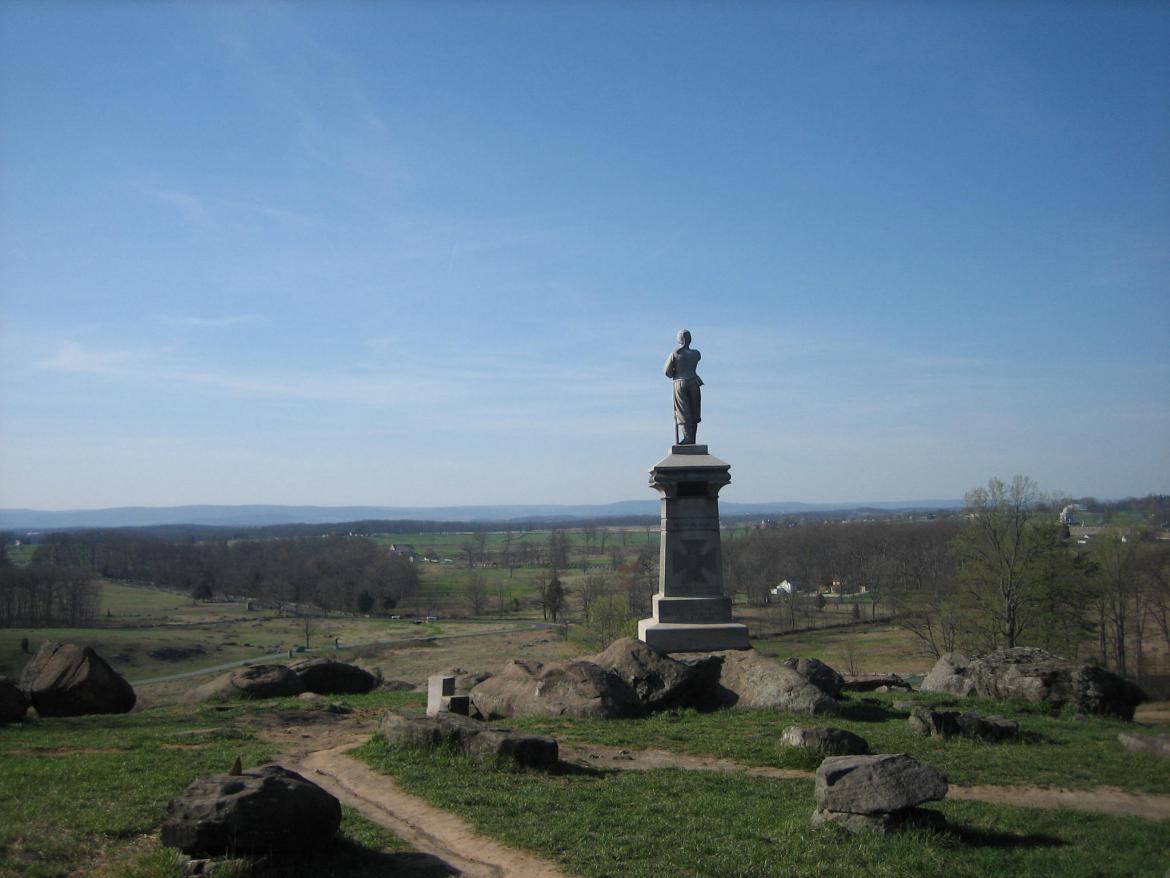 The monument to the 155th Pennsylvania Infantry Regiment is located in the area where the unit fought on Little Round Top on July 2nd and 3rd, 1863. In the right background is the Pennsylvania monument on Cemetery Ridge, and the Cyclorama Center on Cemetery Hill. To the bottom rightof the monument is the John Weikert Farm. In the middle left distance, to the right of the woodline, is the rear of the Trostle Barn. Plum Run Valley, or the “Valley of Death” is below the monument, and the corner of Rose’s Wheatfield, or “The Wheatfield,” is on the left of this picture. This view was taken from the southeast facing northwest at approximately 5:00 PM on Thursday, April 17, 2008.

When one goes to Little Round Top, it’s fairly easy to view the monuments around the paved pathways on the top of the hill. Fewer visitors see monuments on lower plateaus or the the slopes of the hill including the monument to the 155th Pennsylvania Infantry Regiment. The Star and Banner visited this monument Thursday afternoon. 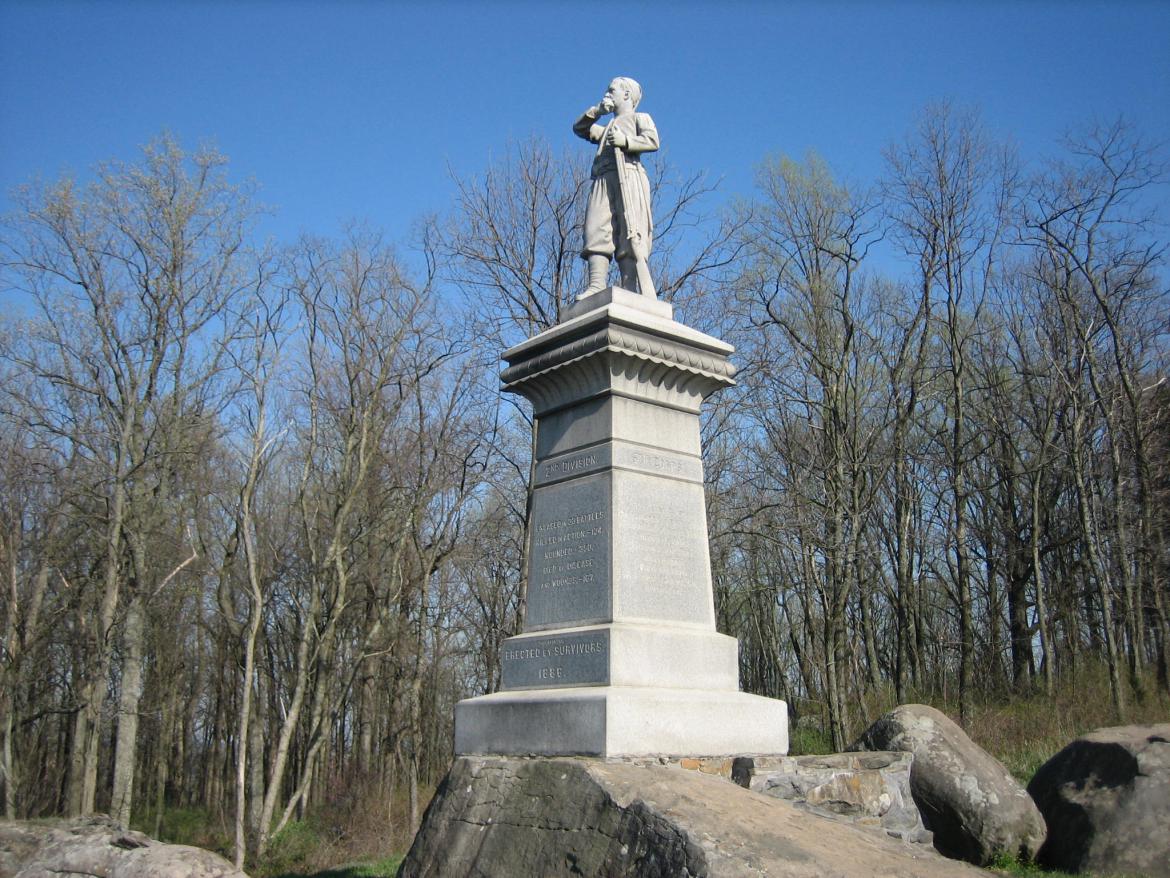 One of the most distinctive features of the monument is the soldier in the French Zouave uniform. The Zouaves were an elite unit of Light Infantry which fought in North Africa. At the battle of Gettysburg, the 155th Pennsylvania did not wear the Zouave uniform. They wore the regular United States Army issued uniform of a dark blue nine button frock coat, (or four button sack coat), light blue pants, regular brogans (shoes), and a kepi (baseball style hat). The Zouave uniform was not adopted until 1864. View from the west facing east at approximately 5:00 PM on Thursday, April 17, 2008. 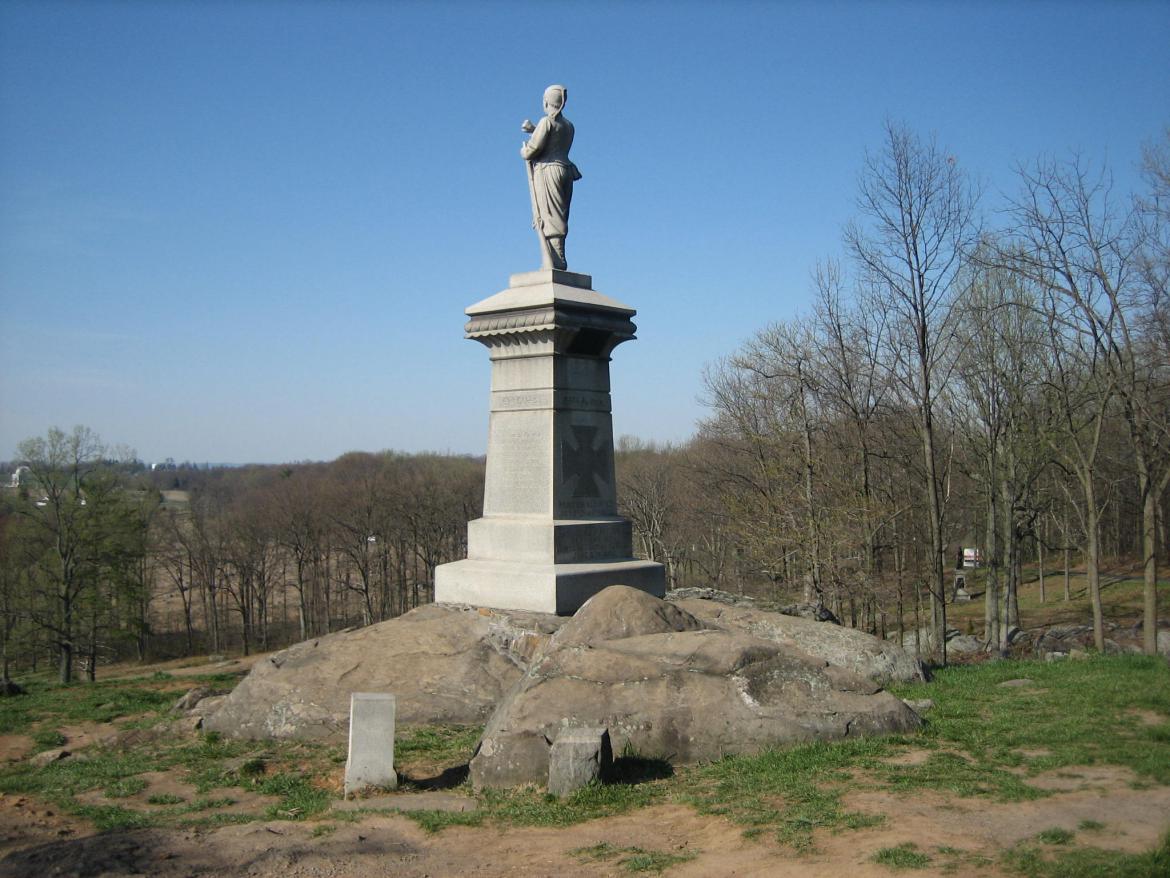 This monument has suffered from vandalism a couple of times in recent years. In 2005, the right hand and top of the weapon were removed. The monument depicts the soldier “charging his cartridge,” or putting in the gunpowder before he puts in his round. In February, 2007, the monument was again vandalized when someone threw a rock at it, and damaged the top of the rifle, which is still missing. View from the south facing north at approximately 5:00 PM on Thursday, April 17, 2008. 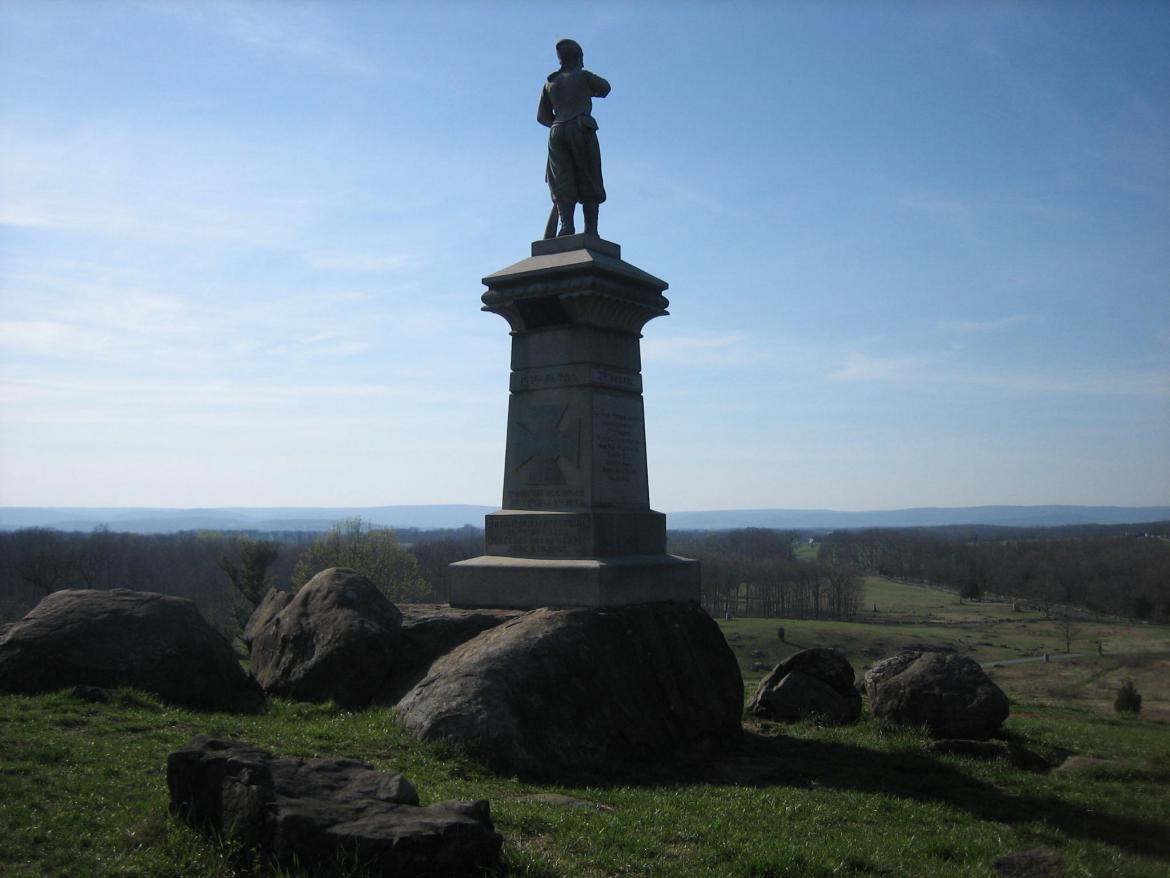 The monument was dedicated on September 17, 1886 at a total cost, for the base and the statue, of $3000. Ryegate Granite Works was the designer and contractor. The pedestal is made of Ryegate Granite, and the statue is made of Hardwick Granite. View is from the east facing west at approximately 5:00 PM on Thursday, April 17, 2008. 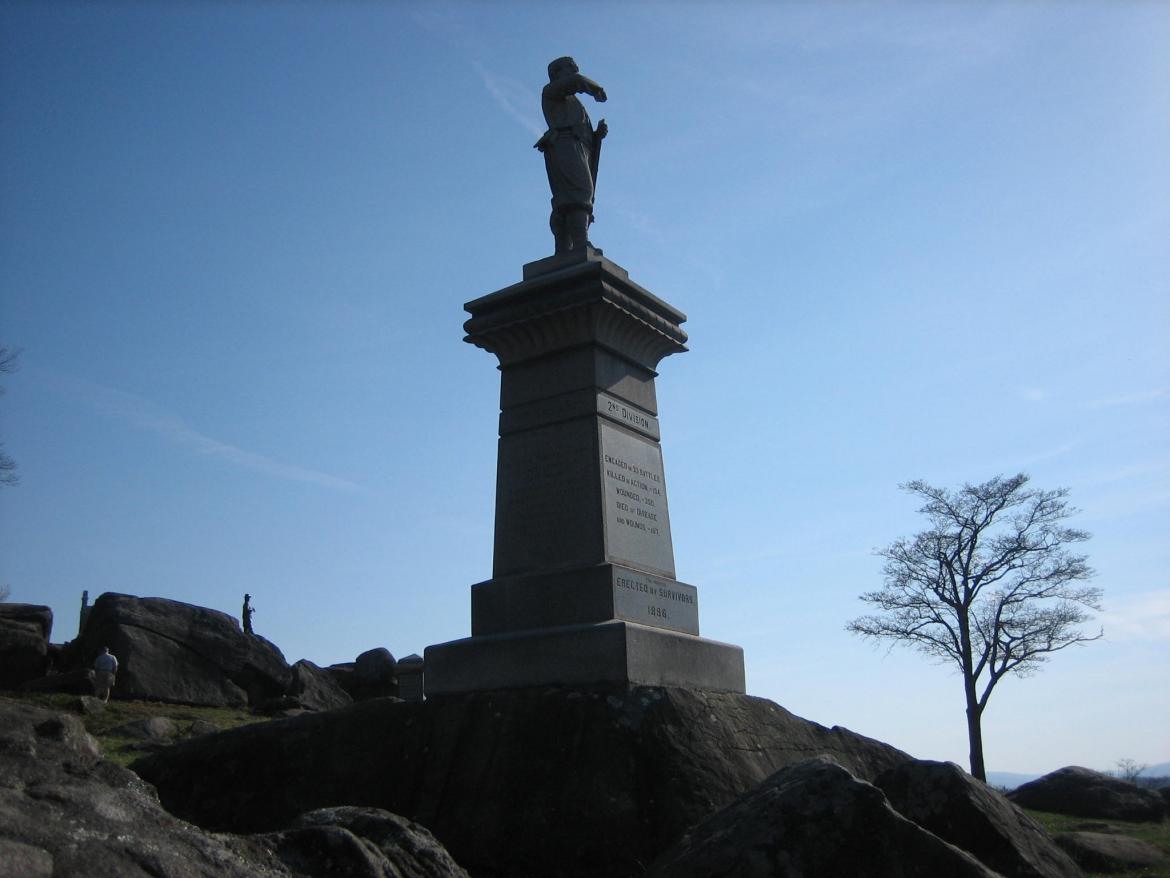 At Gettysburg, the unit suffered six men killed and 13 wounded for a total of 19. During the Civil War, this unit from the Pittsburgh area and Clarion County participated in 33 engagements. During the war, 134 members of the unit were killed, 350 were wounded, and 167 died of disease. Total 651. View from the northeast facing southwest at approximately 5:00 PM on Thursday, April 17, 2008.