Gettysburg Licensed Battlefield Guide Bobby Housch is a history teacher in a local public school district, and the editor of this website, the Gettysburg Daily. He grew up studying the “western theater” of the American Civil War. He also has more than a few relatives in the American Civil War, most of them from Georgia and Alabama. 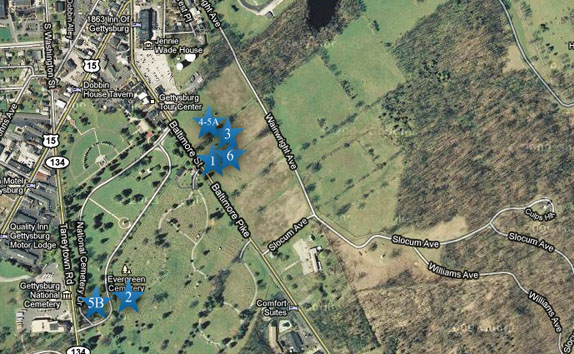 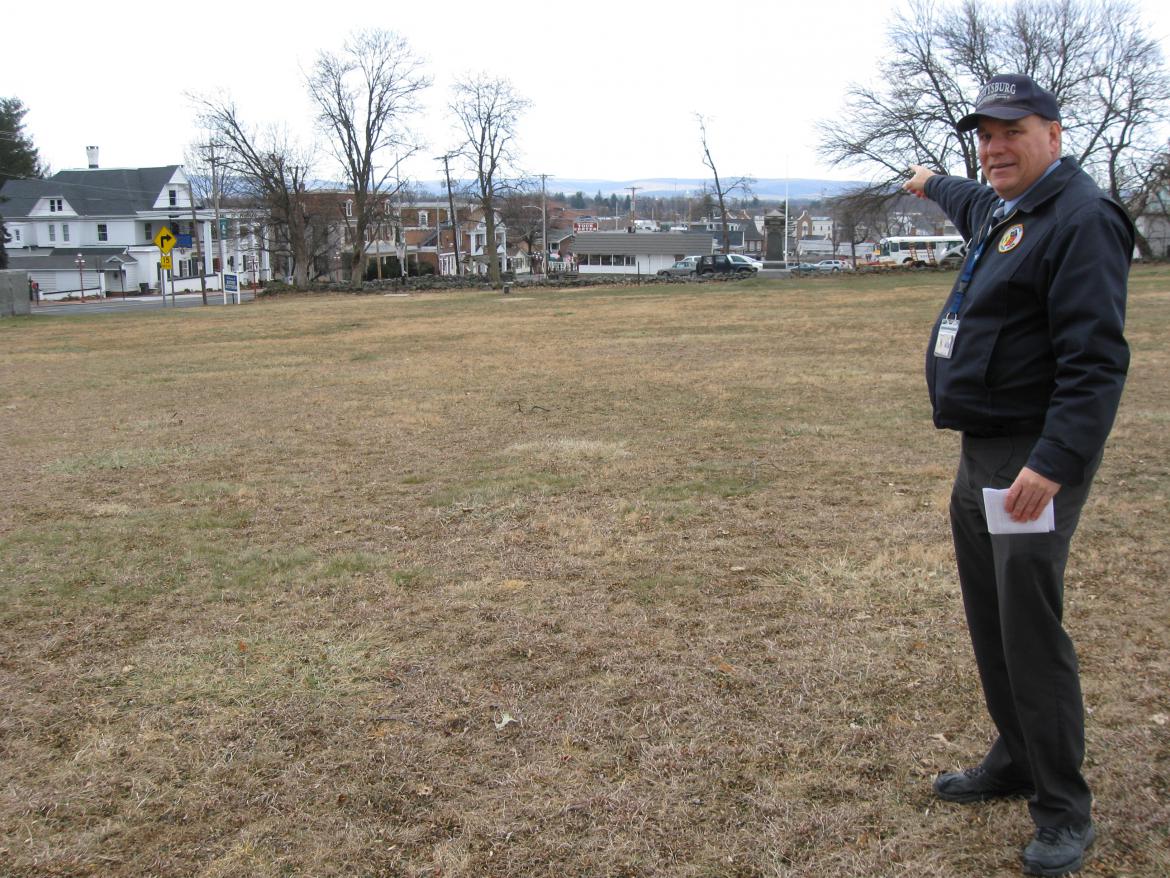 Licensed Battlefield Guide Bobby Housch is standing on East Cemetery Hill. He is pointing to the current cupola at the Lutheran Theological Seminary (Schmucker Hall) where Lieutenant Aaron B. Jerome of the Cavalry had established a signal station. Some sources state a Union signal station was also at Pennsylvania Hall on what is now the campus of Gettysburg College. Lieutenant Jerome moved back to the Adams County Courthouse before the Union army retreated to Cemetery Hill. This view was taken facing northwest at approximately 1:00 PM on Sunday, January 2, 2011. 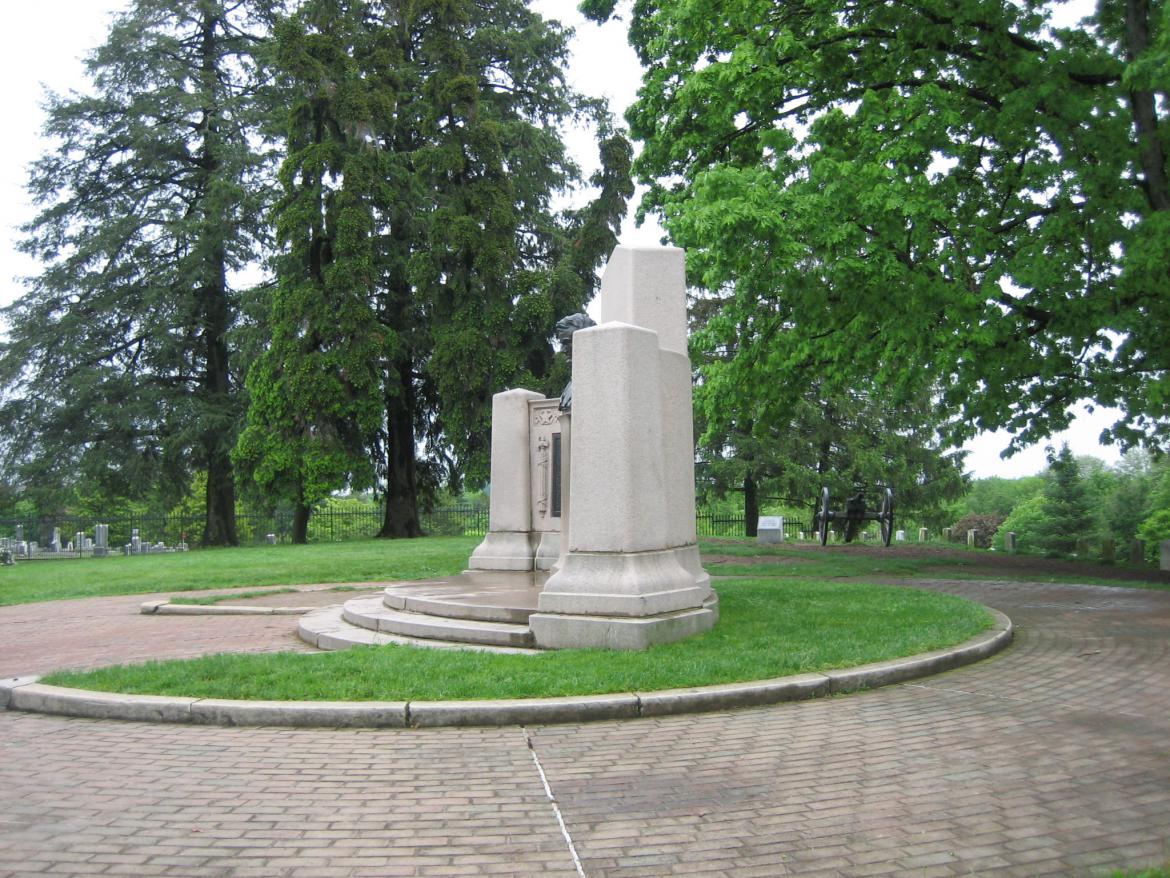 This is the best known location for the Cemetery Signal Station during the Battle of Gettysburg. It was placed near the Lincoln Speech Memorial now stands, and where the artillery piece marks the location of Hall’s 2nd Maine Artillery. This view was taken facing east at approximately 4:45 PM on Friday, May 16, 2008. 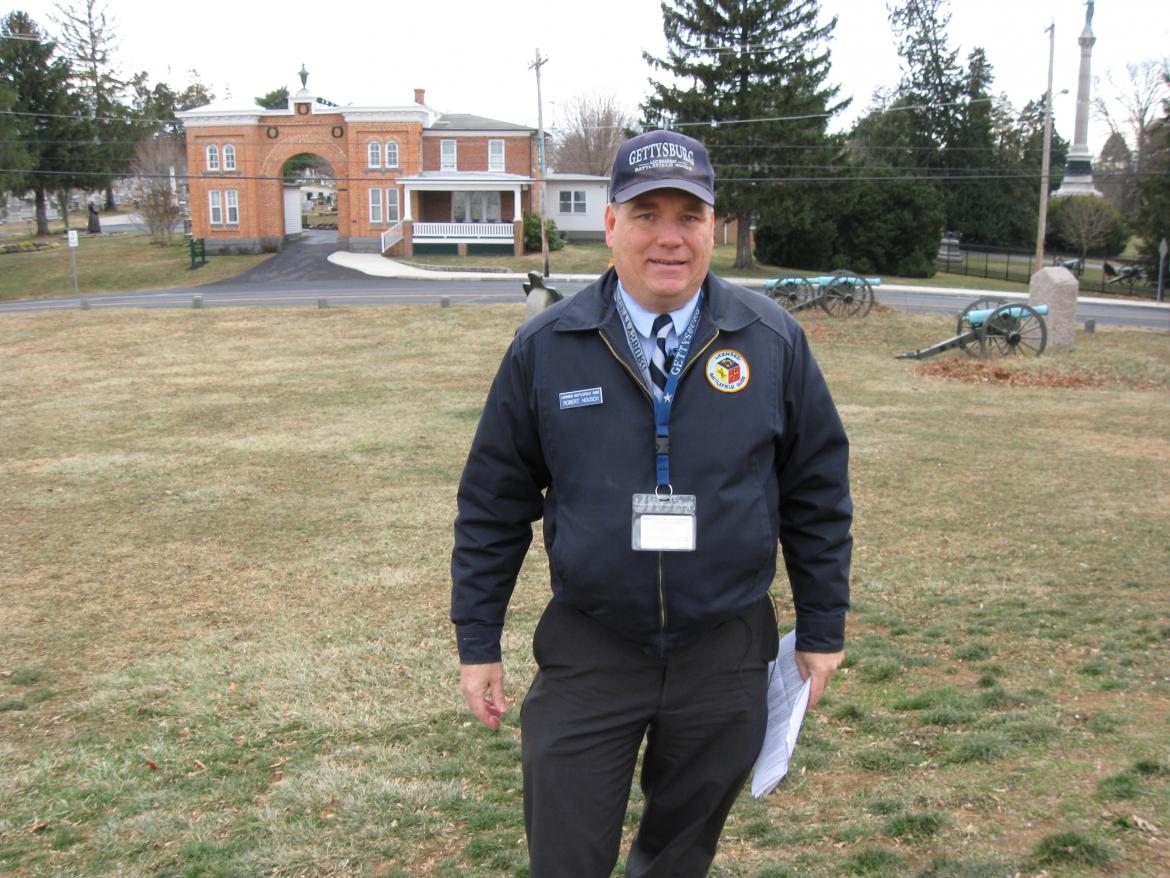 Bobby Housch is on East Cemetery Hill with the Baltimore Pike and the Evergreen Cemetery Gatehouse in the background. The New York State Monument, in the Soldiers National Cemetery is in the right background. The artillery pieces on the right mark the position of Lieutenant James Stewart’s Battery B, 4th U.S. Artillery. This view was taken facing southwest at approximately 1:00 PM on Sunday, January 2, 2011.
In Video #6 Bobby Housch is back on East Cemetery Hill. He describes the arrival of a couple of artillery units on Cemetery Hill, and how Greenleaf Stevens’ Battery E, 5th Maine Artillery was placed on McKnight’s Hill (Stevens Knoll). In the video, Bobby talked about Winfield Scott Hancock placing Stevens battery on McKnight’s Hill. Other sources give Colonel Charles Wainwright, the First Corps artillery commander credit for placing Stevens in that position. Bobby also talked about the dirt on the left (west) side of the Baltimore Pike. Of course that’s not dirt, it’s a pile of rocks. This video starts by facing to the northwest, and faces in almost every other direction at approximately 1:00 PM on Sunday, January 2, 2011. 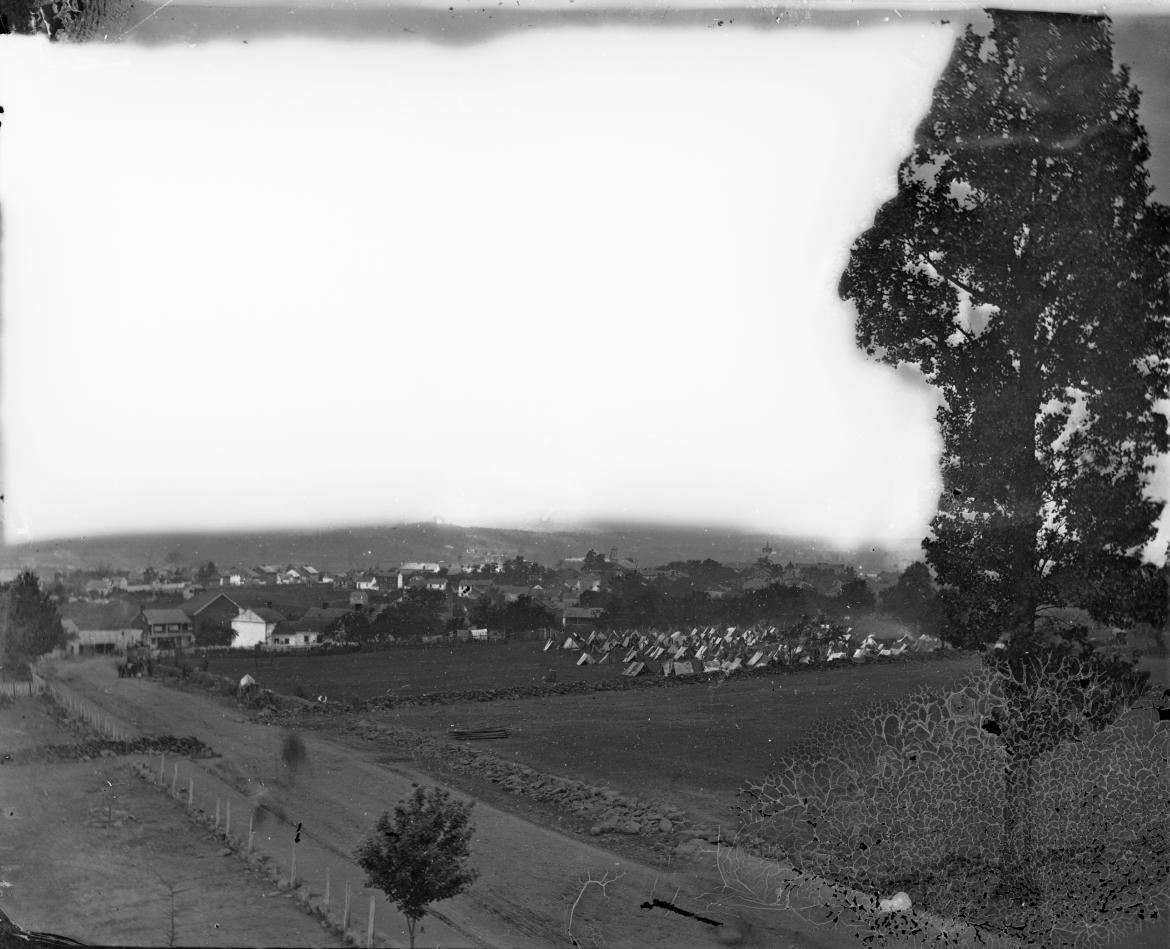 This photograph taken on top of the Evergreen Cemetery Gatehouse shows the town of Gettysburg in the background, and the tents of a military encampment where busses from the Gettysburg Tour Center are now parked. The Baltimore Pike in the foreground shows a stone wall on the other (east) side of the pike, and the remains of a post and rail fence on the left (west) side of the pike. Also on the left side of the road is a pile of stones that Union soldiers constructed, and that cover part of the Baltimore Pike. It is possible that one gun of Stewart’s Battery B, 4th U.S. artillery was placed behind that stone wall on the left (west) side of the Baltimore Pike. This view by James Gibson was taken facing north in July, 1863 and is courtesy of the Library of Congress.